more purchases from Salute! for you today.  These guys were on the shopping list and are most likely going to be straight into my Temple warband for next year's Masters.  Yes that's right, despite my mediocre performance in the last tourney i'm going to put my name forward to compete in the national competition next year.  Determined to give myself the best chance I'm going to take my beloved Temple of Ro-Kan faction and I'm going to be trying out loads of different combos in order to find the right synergy, a future post will go through other potential choices and my reasoning behind them .  Yuuki will certainly be in contention, with the kami a possibility.  To the miniatures then...

Yuuki’s quickly found the name of the wind, where others hear only whistle and whisper. Yuuki hears the chatter of excited and boundless Kami. She is an able warrior and much like her element; rarely still, in play she is light and airy like a summer breeze but when called upon in battle she is a direct and relentless howling gale. Her vitality is endless and her speed astounding, her body a blur of motion as she unleashes blow after blow, an unstoppable storm of Rokan’s fury personified. 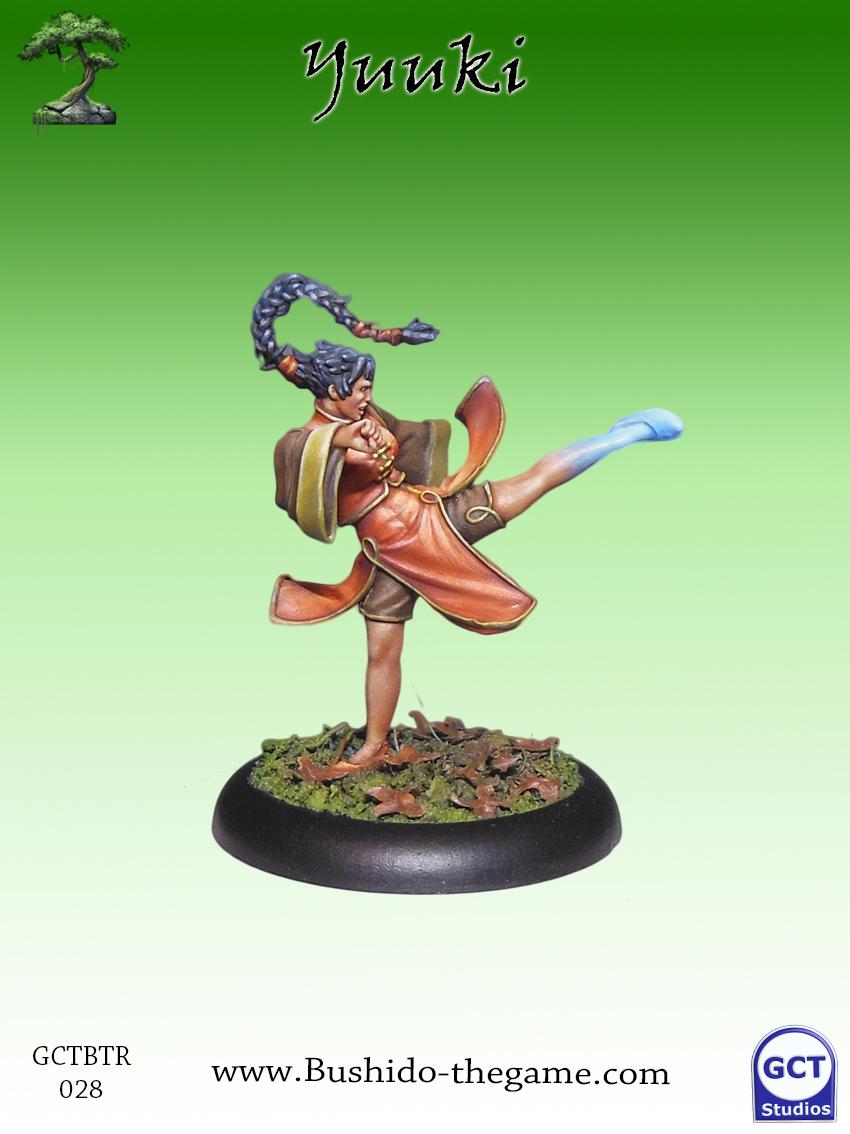 Yuuki is a lovely cheap(ish) monk who can fulfill quite a few roles in the warband.

First up, she's quick! yes her move is the basic 4 but she is "light footed" meaning she is unaffected by terrain.  She has "jump up" meaning she won't stay prone and most importantly she as an extra 1" move at the beginning of the turn meaning she can flit out of melee if it's going a bit south or get closer to an idol etc...  The main reason for getting her however is the "Vitality" Ki feat, getting that extra activation is absolutely vital at times. 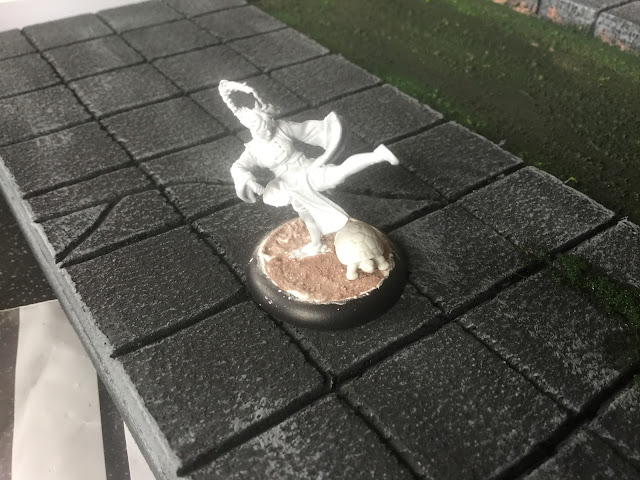 modelling wise I decided to add a resin tortoise to her base courtesy of Ben Calvert-Lee's Master Crafted Miniatures, I think it just adds something fun to the mini. 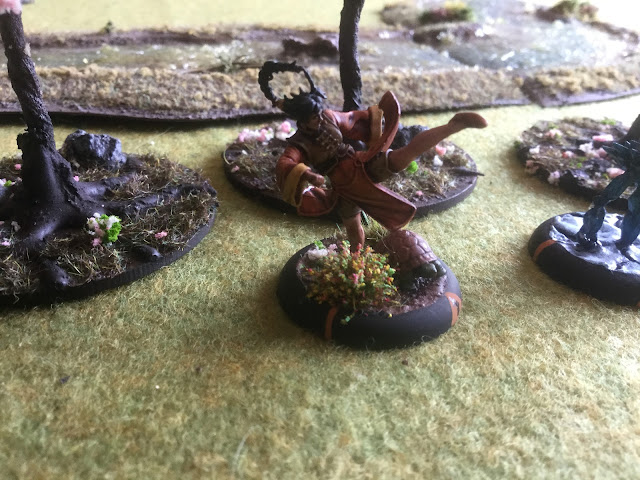 you'll notice (i'm sure) that I didn't follow the painting from the website, in that I haven't tried to depict her foot moving so swiftly and channeling the wind.  Firstly I haven't got the painting skill and it would look really poor if I attempted it.  Secondly, I just don't like it!

Next is the second model from Salute! The Kami of Reflection....

The Kami of Reflection is a beautiful if alien spirit. The icy tendrils that form its mortal realisation are hard as diamond but brittle as glass. As it moves the light from Amaratsu flows through its body, deflecting the energy of friend or enemy to prevent rituals and prayers alike.

not only can I use this model for the Temple faction but also for the Jung and Tengu too! I think this is kami of the void, one of the 6 elements of Japanese mythology. This has not been confirmed by GCT so is just a guess on my part.

Use wise, this creature should be fairly handy to have knocking around.  Unlike the other Kami he doesn't provide boosts to friendly models stats but instead protects them from psychic intrusion/attack, albeit at the expense of itself.  Seeing as I often have a member of my warband under psychic domination when I face warbands like the Savage Wave, this could prove to be pivotal. 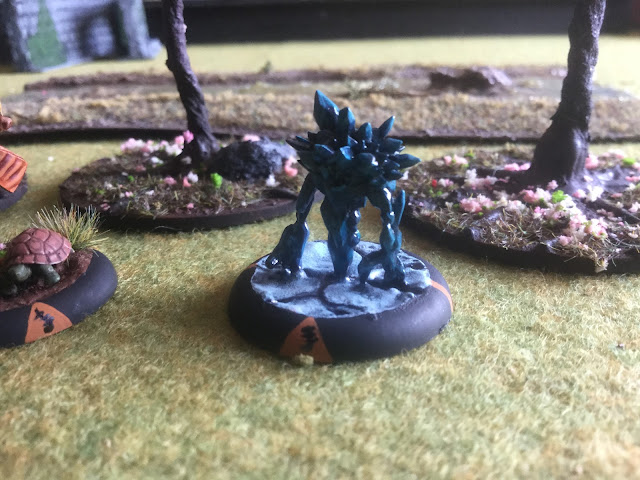 Paintwise, its probably not apparent from my awful photography, but I used Gloss Varnish for the first time in years to bring a bit of shine to the crystalline body of the Kami. 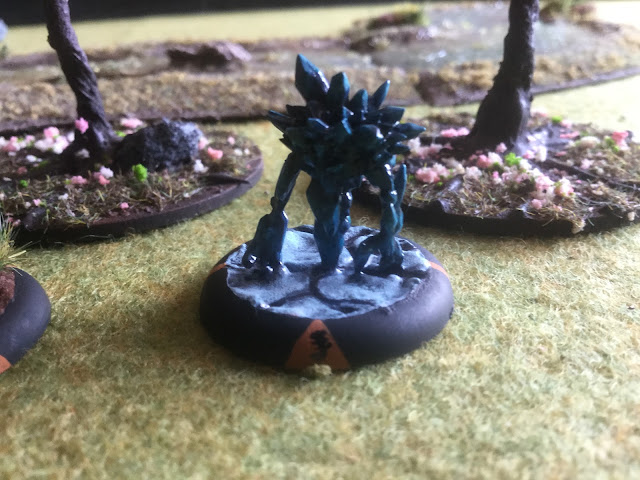 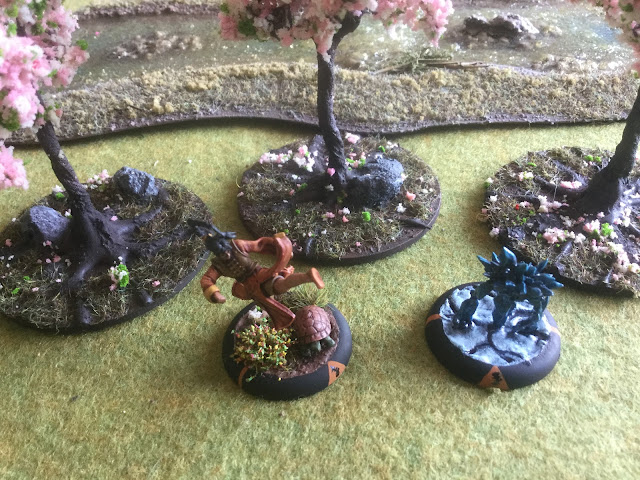