So last week you met Ariniel, my Elven monk character for D&D. I've been trying to paint up a series of minis that can be used for adventurers so I'm gonna show a few all picked up at Salute! I haven't done backgrounds for these guys as they aren't for me to use but as an option for the others in the gaming group, I hope that they run with the background precedent that I have set.

The first and imho the most characterful is Raisa.  Raisa is a human spell caster of some kind (wizard, sorceress etc) and was sculpted by Kev White of Hasslefree Miniatures, I must admit she bears a striking resemblance to a movie character my niece might be obsessed with....

Sadly my photography has once again let me down so bear with me but hopefully you can see what a cracking model she is.  Rather than the soppy film effort, I wanted Raisa to look a little more fiery, so she naturally had to be a redhead!  Sorry no WiP shots... 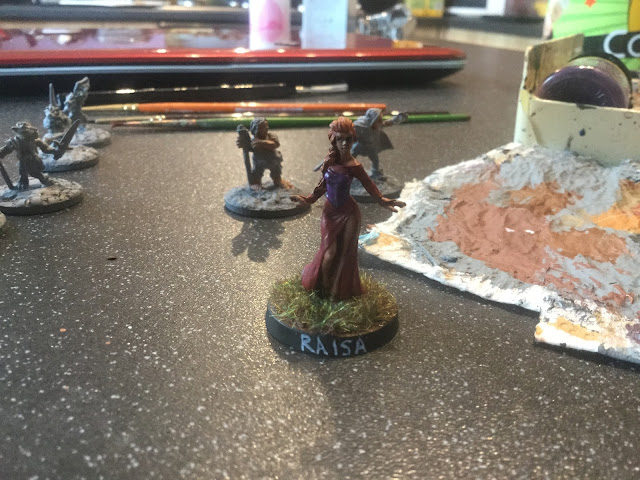 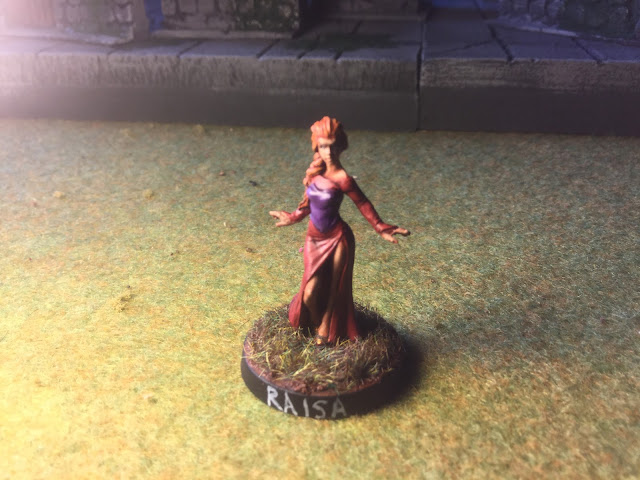 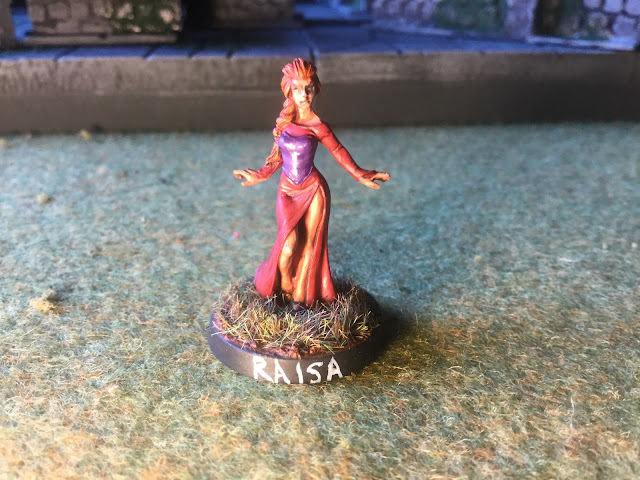 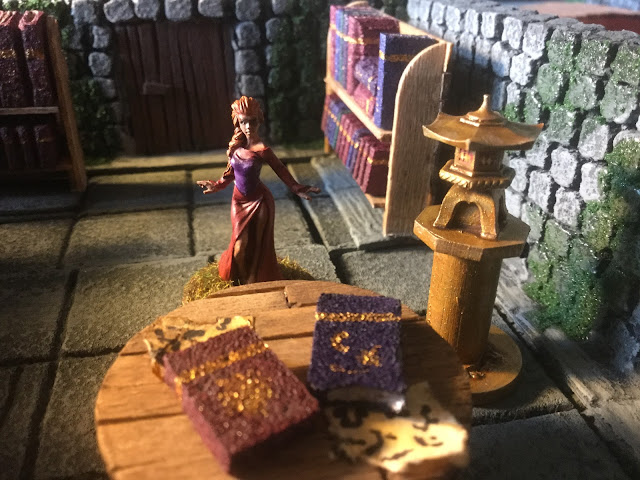 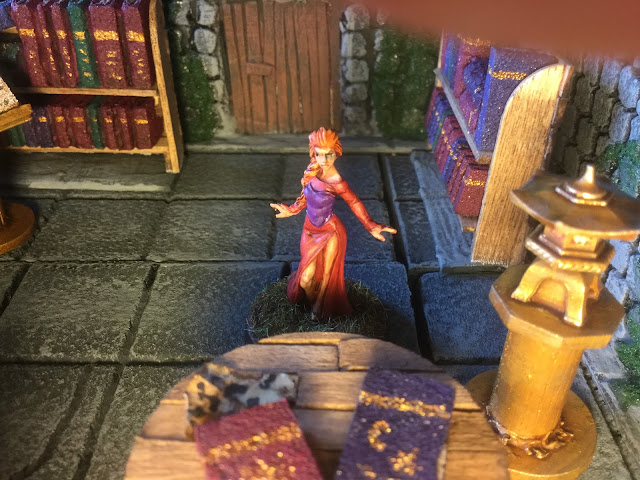 So Raisa looks perfectly good to me, that was till I saw what this dude did for her.....

Voodoo Raisa......some days I just want to throw my brushes away


Raisa is rarely seen without her older sister - Cara.  Where Raisa was drawn toward magic, Cara chose the way of the warrior.  Using her skills she protects her younger sister in combat, particularly while she is in the midst of spellcasting. 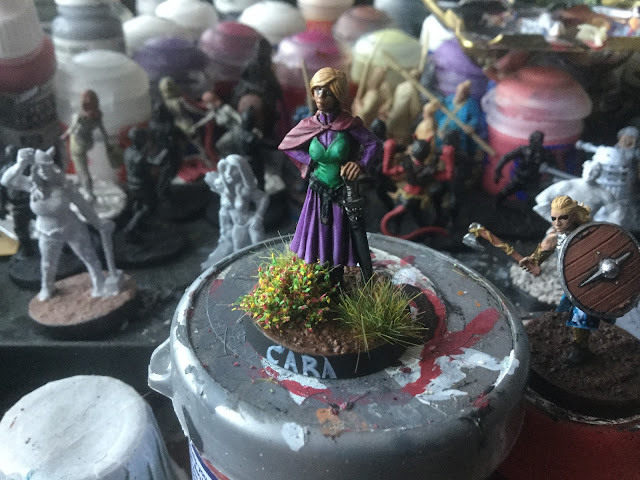 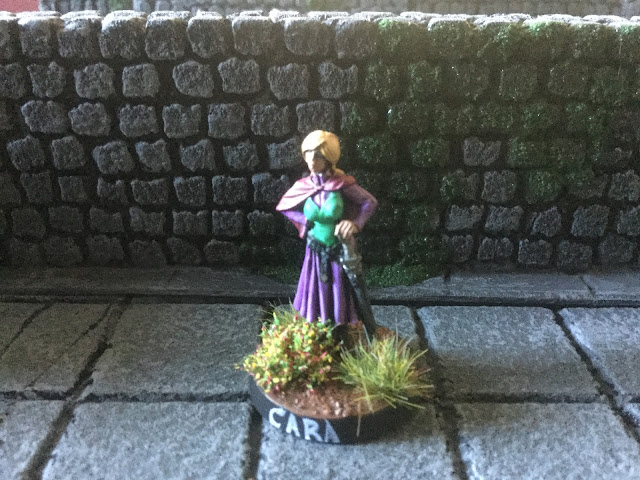 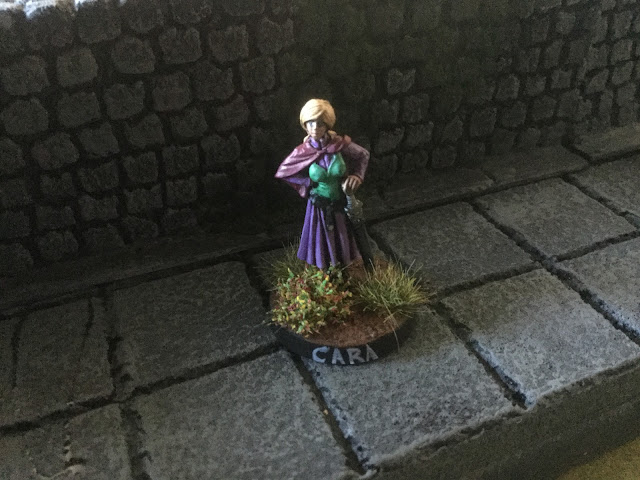 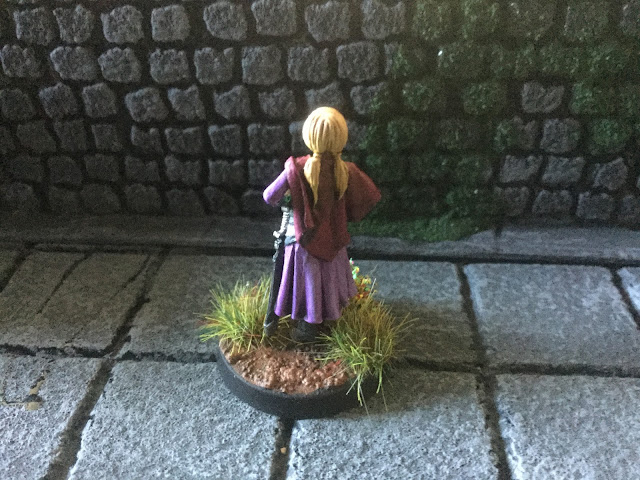 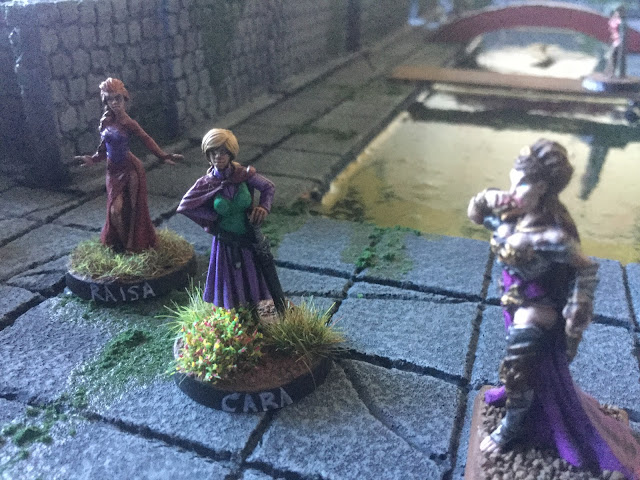 anyway the last two models are a Dwarven cleric for Chris 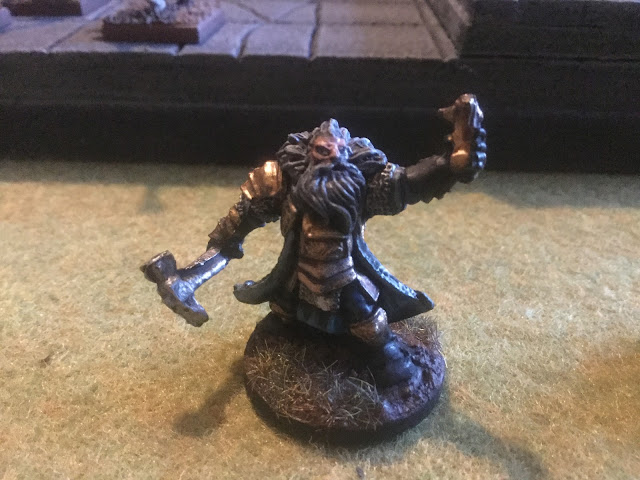 and a Gnome ranger for my son. 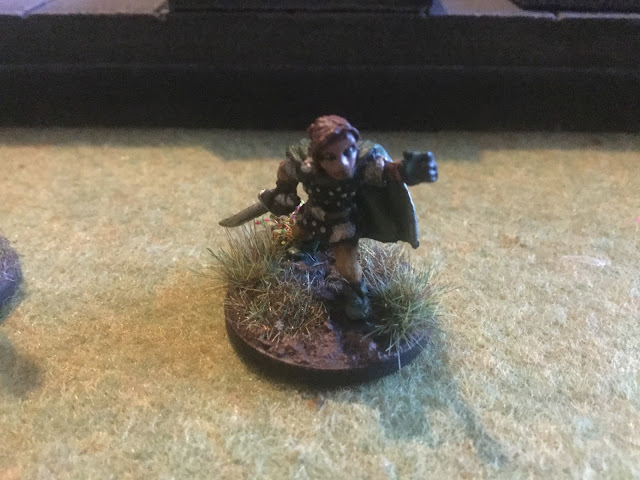 both of these guys are blank canvases for the guys to create a background for these lovely Reaper Bones miniatures.