Tommy, back pressed firmly against the wall of the Imaging dept watched as the infected woman approached, her swollen abdomen clutched in one hand and frank blood trailing down her inner thighs.  He could only imagine the horror that had befallen this stricken mother-to-be as the infection tore not only her life away, but that of her unborn child as well. And what of the child? Was it still inside? Mutated and hungry for the flesh of another human being. That last thought caused Tommy to puke once again, a huge cascade of vomitus that covered the advancing ‘zombie’ causing it to slip and slide on the now treacherous floor before crashing to the floor. Seeing his opportunity, Tommy stepped around the infected woman and broke for the door and accelerated out of the room away from the horrific scene. Ahead of him the corridor stretched on seemingly forever before the glorious sight of the main doors came into view. 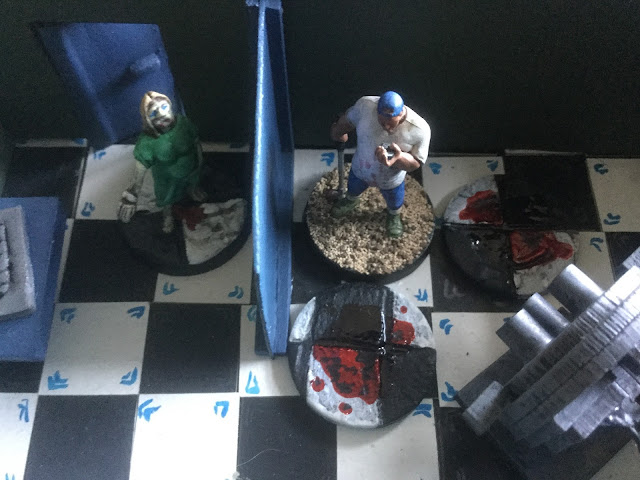 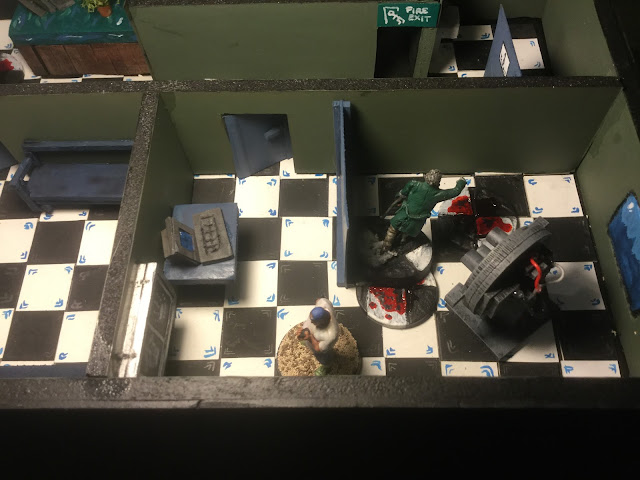 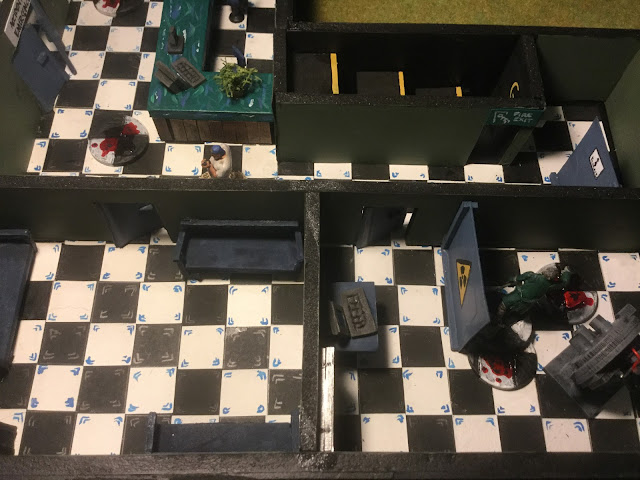 Anna pushed gently on the door marked “Isolation Room”, previous rooms filled with zombies causing her to proceed with caution. Leaving Andy to guard the entrance, she noticed that the smoke that had escaped from underneath the door was coming from a broken viewing screen attached to the wall to her left, a huge crack splitting the device into three pieces.  Bloody footprints led from the door deeper into the room until they reached a large clear plastic dividing curtain with a huge rent down the middle, blood hand prints covered the torn edges and almost hid the figure sitting forlornly on the rumpled hospital bed, his face covered by his hands. As Anna stepped further into the room, the man looked up from his hands spotting the medic and jumping to his feet. 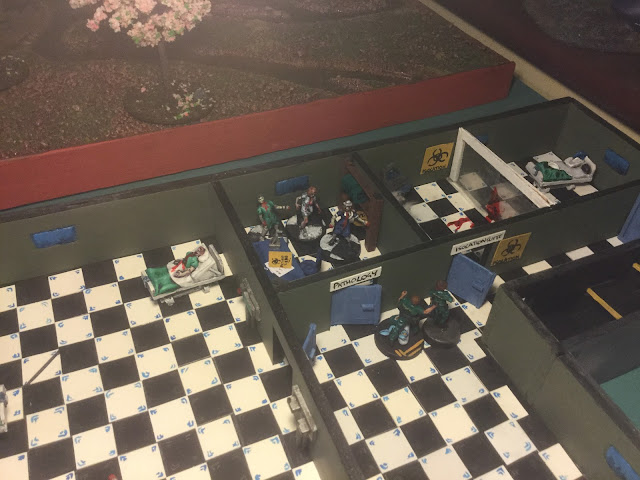 Rushing to the curtain, he pulled at the tear in the plastic, widening the rent and allowing his big frame through the gap. At 6’4” and weighing 20+ stone, Chris was a big lad and he engulfed the now sobbing Paramedic in his enormous arms.  Anna sank gratefully into the embrace of her fiancé, calling his name over and over again.  The sound of Andy's O2 cylinder bouncing off the head of a ‘zombie’ brought her to her senses and she stepped away from her partner, before grabbing his hand and pulling him toward the door. “We need to leave honey, the hospital is overrun by these things.” She said pointing with her free hand at the inert, crumpled form of the infected nurse at Gobbo’s feet. 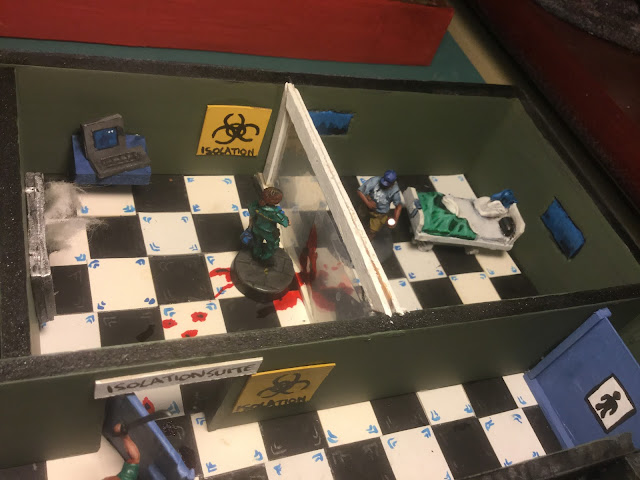 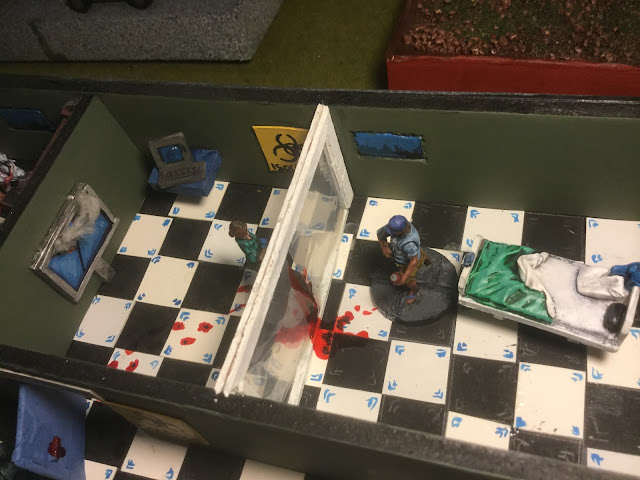 Andy grunted as another ‘zombie’ crashed into him forcing him away from the doorway and further into the corridor. The reduced space hampered his swing and he failed to land a telling blow with his improvised weapon on the infected human.  Wildly blocking the claw-like fingernails of the creature and fending off its snapping jaws with the aluminium cylinder, Andy kicked the legs out from underneath the beast before stomping on its neck with his heavy work boots.

Anna pulled at Chris’s arm,  dragging him across the room passed a computer workstation and toward the door. A file, thick with medical notes and stamped with bio-hazard warnings caught her attention especially as her fiancées name was printed neatly at the top.  Grabbing the folder she flicked it open and started perusing the spidery handwriting of the attending doctor, cold sweat dripping down the back of her neck as she followed the clinical investigation of her partner, her mind racing.  Andy’s voice broke through her concentration, bringing her back to the current predicament with a crash, “Come on Putters, we need to get moving, there are more of those things coming and this situation is rapidly getting shittier.”

Then the lights went out……