Before we get on to the title of this post, which is very exciting! I've got a ton of these (which isn't very exciting). 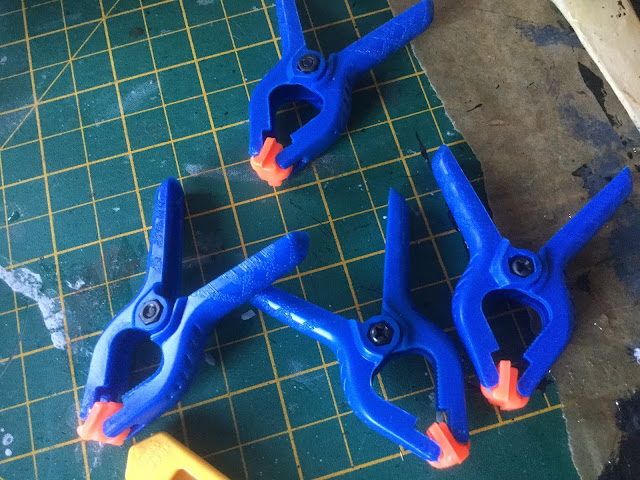 These are the clamps that come with the cheap resin I use to doing the water effects. I have loads and they're beginning to take over too much space.  If anyone wants a half dozen or so, let me know in the comments below and I'll send some out to you.

Anyway onto the post, this was my very first Salute purchase and a miniature I've been desperate to add to my Temple of Ro-Kan ranks since his release.  Sculpted by a tournament buddy - Ben Calvert-Lee, this is Kuma.... 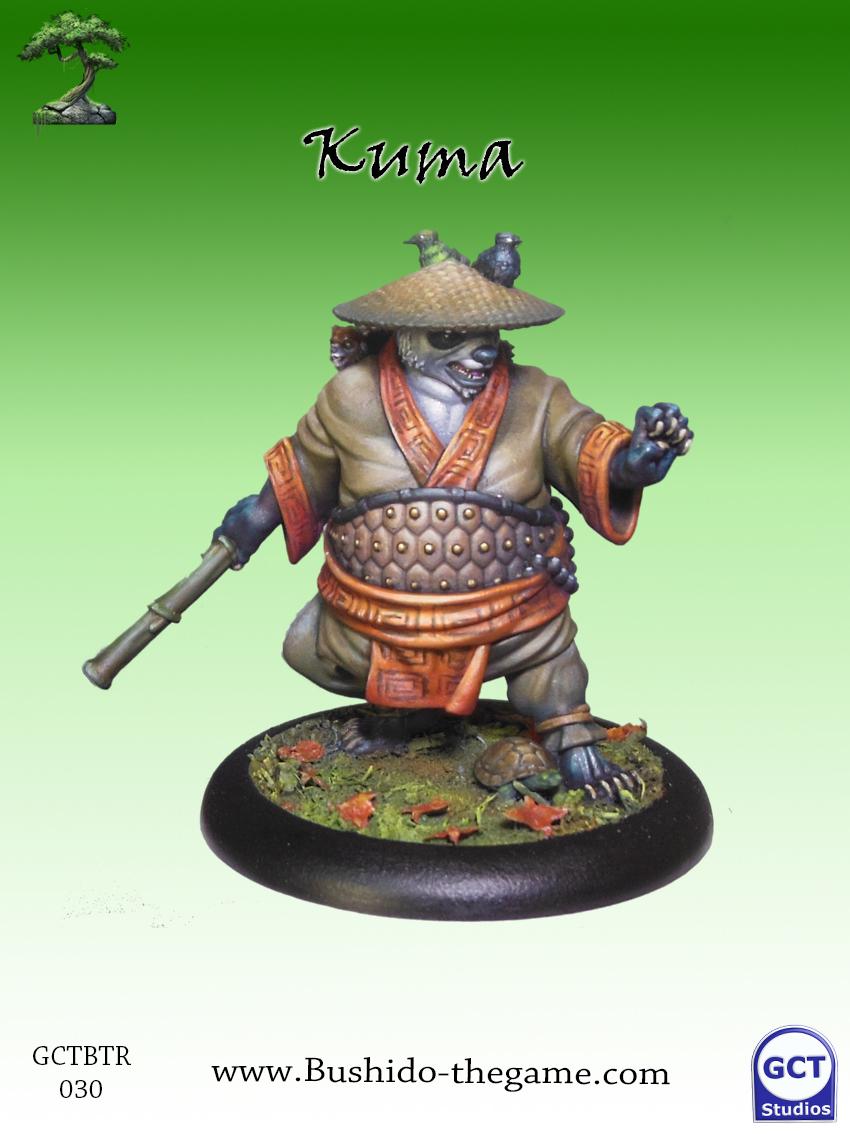 Kuma is the rock on which the water breaks, the solid and resilient constant of the Temple. With Bo staff or claw he strikes out and floors foes with swift and brutal strikes. Despite his mass it is difficult to pin him down or outnumber him and with a practiced mediation Kuma can reach out to the roots of the earth to bind and hold firm those would overrun him.

Where do I start with Kuma? not only is he an absolute beaut of a mini, he looks even better "in the flesh" he's also a 'beast' **groans** of a fighter too!  Negatives first, he's a bit pricey - not overpriced because I think he's worth every rice point but he will eat into your warband budget.  He has 3 dice melee, which is fairly average but he doesn't get the cheap Ki boost for extra dice like most Temple monks which tbf has probably kept his cost down a bit.  Now the positives and there are plenty!

Looking at his stats first, as discussed he has an average 3 melee dice but it IS boostable albeit expensively (for monks).  No ranged attack but Monk's don't on balance so no biggie. Move is an average 4 but again it IS boostable (again expensive for a monk but boostable).  Ki is a good 2/8 which means he gets 2 Ki a turn to a max of 8 which is better than average meaning he can build up a good store of Ki to power his excellent feats.  10 wounds on his track means he's gonna be around when the blood starts to fly and "Armour (1)" will certainly help. He's a big chap and deals some damage with his +1 to damage which combines nicely with his  "Powerful Attack" and "Brutal" to deliver devastating wounds.  With his "Push Defence" he can bump people off of objectives and deny scenario points.  "First Strike" means he has more control in melee and "Indomitable" means he is harder to outnumber.  What will really help though is his "Fear (4)" which can be boosted to (5) with his "Warcry" Ki feat will cause his opponents to cower away and lose dice in melee ths can be combined with the "Animal Token" which can cause an opponent in base to get a "stunned" marker and causing them to lose another dice in melee.

Looking at the rest of the Ki feats and other effects of the "Animal token".  Using his animal senses he can sniff out hidden ninjas with "Awareness" or his preternatural reflexes to dodge missiles with his "Ranged Defence (2)" . "Binding Roots" will hold opponents further in melee and allow easy beatings! or allow him to control scenario objectives. Lastly "Savage Beating" combines nicely with his other melee attributes to give "Combo Attack". 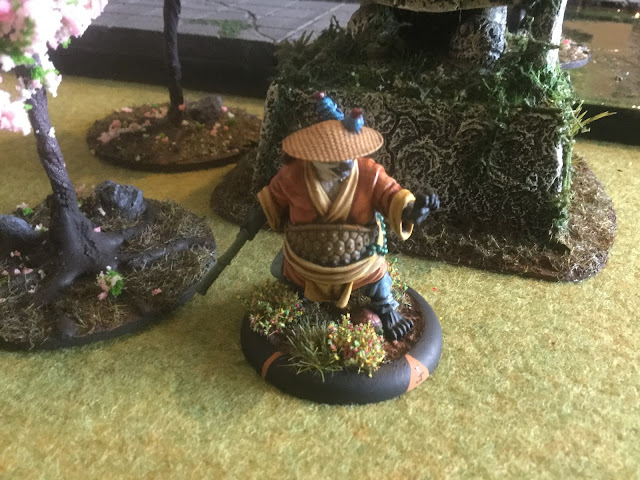 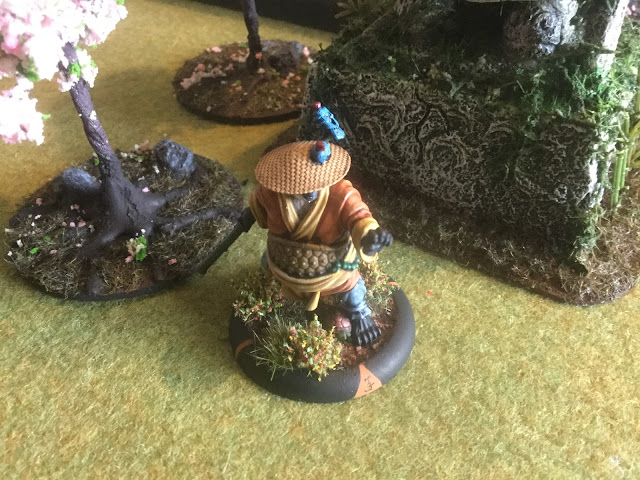 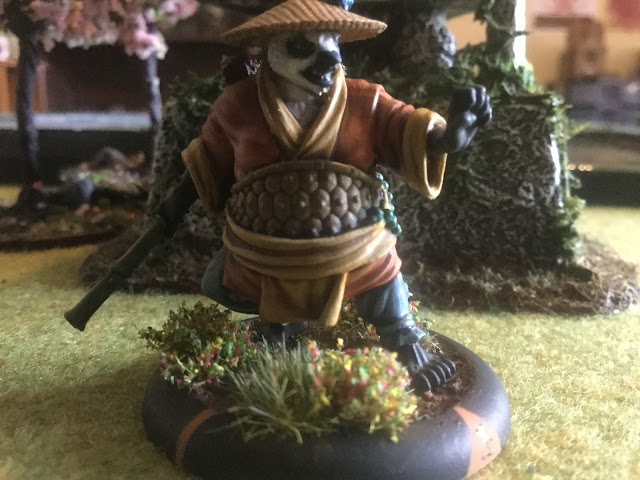 All in all he is a monster and a beautiful miniature, he will no doubt be a central part of my warband.