Once again Gretchen plunged her hands into the scalding hot water, hardly feeling the heat through the thick skin of the callouses. Grabbing the coarse brush from the crude wooden bucket, she scrubbed at the concrete stairs that connected the servants quarters to the main house. Each brushstroke was accompanied by a curse as she worked the soapy water over the bare steps, those curses intensifying each time a liveried servant tramped across her clean floors.

She was sick to death of the drudgery of her life, every day the same. She would get up at sunrise to prepare breakfast for the master of the house and his family, great piles of succulent fruits, meats and bread only to see them leave most of it to be thrown away while their tenants starved in the cramped hovels that dotted the tiny fiefdom. She would then have to scrub the floors of the Manor House, starting in the main house and working her way through each floor, room by room, the endless monotony only broken by the serving of meals to the ungrateful aristocrats that languished on overstuffed furniture while complaining of “the lazy ineptitude of the peasant class”. Even that though was preferable to the unwelcome attention of the master’s son – Wilhelm. A belly that stretched the rich fabric of his fine clothes and a complexion that better suited a plague victim, combined with a body odour that defied the most expensive perfumes his father’s purse could purchase,  Wilhelm disgusted her on all levels. Worse though was his lascivious pursuit of Gretchen, a natural beauty with long, thick black hair that despite her low station she was always quite fastidious about keeping clean, combined with flawless olive skin that was only marred by the callouses caused by hard labour. Wilhelm would continually fondle her while she was working, to the amusement and indulgence of his doting parents. Indentured to the family because of her own father’s debt, she had no choice but to endure the humiliation on pain of death for her foolish but ultimately kindly pa.

The tinkling of a bell rang through the servants quarters summoning her to Wilhelm’s chambers as if her dark thoughts had caused the heir to call for her.  Why couldn't the odious youth be more like Stefan? She wondered, making her way as slowly as humanly possible. The enigmatic Count Stefan Von Kreikveld had arrived at the manor last night, just after supper. With his smouldering dark eyes and heart stoppingly handsome face he had caused quite a stir amongst the females of the house. Combined with his obvious intelligence and marked wit he had seduced the nobles in moments, they practically fell over each other to offer him a room for the night. He had even been polite to the servants, thanking them for the warm towels and washing water, tipping a wink to Gretchen as she poured some tea for him and causing her pulse to quicken in response. Pleasant thoughts of the erudite noble kept her steps light and before she knew it she was standing before Wilhelm’s chambers, where her heart sank with the awful finality of her lot in life. With a deep sigh she turned the handle.

“What can I get you milord” she began in a sullen, almost belligerent tone. “Will you be wanting more food….” She trailed off as she took in the scene before her. The bedroom was strewn with broken furniture as if an apocalyptic battle had taken place, glass vases and bottles lay shattered on the flagstones, a wooden chair smashed into kindling among the remains of a bedside table. The huge bed that dominated the room had its covers torn back to reveal Wilhelm’s bloodied corpse lying in the middle, his throat a crimson ruin. Gretchen stepped back toward the door her hand raised to her mouth to stop the scream that threatened to escape, shaking her head in denial at the scene.  Out of the corner of her eye she could see a blanket covered mound  by the wardrobe that appeared to be quivering. Before she could move another step Stefan emerged from a door opposite that led to a side chamber and strode purposefully toward her. Her legs went weak with relief at the sight of the powerful noble, hopeful that he would save her from the monster that had murdered her master. It was then she saw the thin trickle of blood that ran from the corner of his perfect mouth, with a sigh the room went dark as she fainted dead away...

Gretchen’s heard his voice first, gently whispering in her ear calling her name… no not her name, it was something else but it was too soft for her to make out the word properly. Mentally she took stock of her situation, she felt fine, great even with no pain at all – he hadn't hurt her then! Gently she opened her eyes as she felt him gently shaking her shoulders, his handsome face not six inches from her own with a concerned look marring his striking features. She rubbed her eyes to try to rid them of a strange film that seemed to turn her vision a shade of red, but it didn't help and she dropped her hands again.

“Welcome back, my darling” Stefan whispered seductively in his melodious voice.

Her throat was dry and a great thirst raged in her, causing her voice to crack as she tried to ask him the first of many questions. With a cough she tried again but her throat was just too dry and no words were forthcoming. The Count, seeing her discomfort rose from the bed on which she laid and moved toward the blanket covered mound she had spotted earlier, whipping it away and revealing the master and mistress of the house, bound by sturdy cords and gagged.  Seeing them helpless stirred her thirst even more and she felt a strange excitement building in her breast as Stefan reached out a hand to hold hers and assist her from the bed.

“Come my love, feast with me and join the dark aristocracy of the night. You are Gretchen no more, you are now Countess Annabella Von Krikveld and this world is yours….” 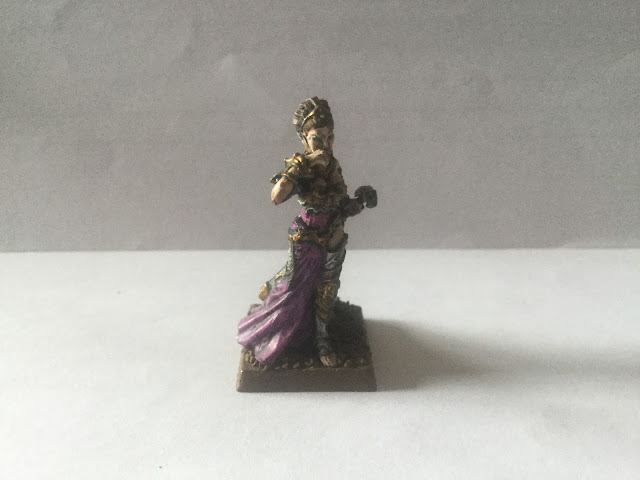 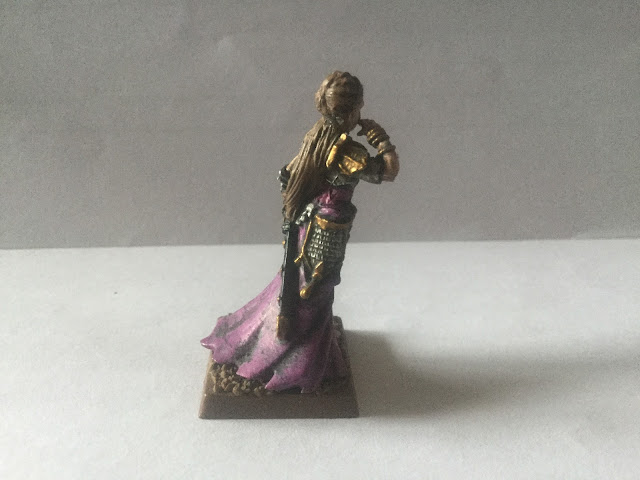 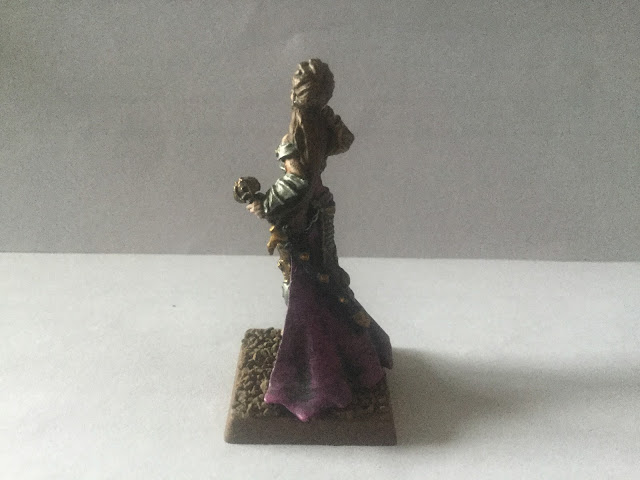 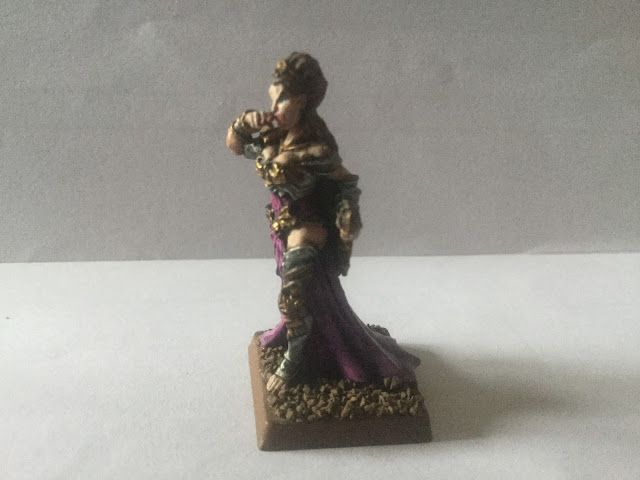 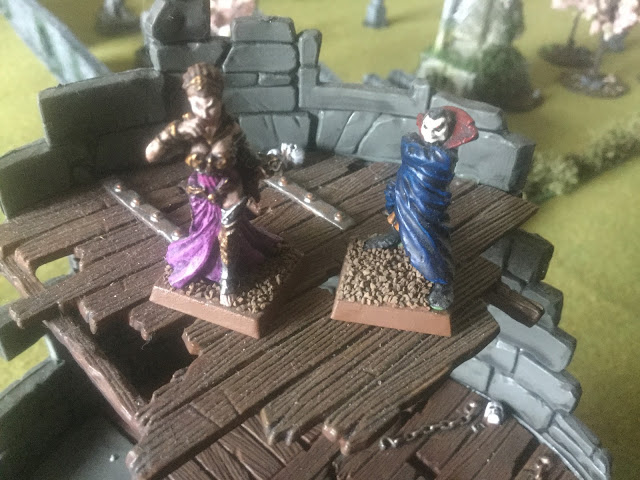 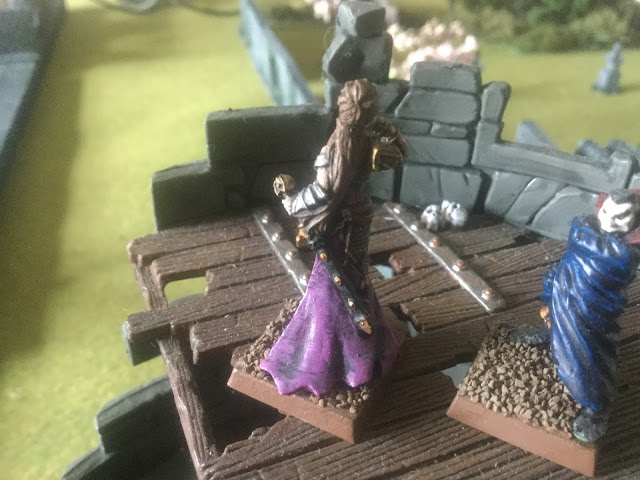