Violet hunched her shoulders into the over large jacket she had stolen from the farm that bordered Jungville.  That was 5 miles back down the road and she was sick and tired of walking in the heeled boots that formed part of her stage costume from the TTT (Tits, Tassles and Tail) a "gentleman's club" back in the next town over.  Jungville's suburbs was only a couple of miles down route 329 and with it some hope of contact with people.

Violet was worried, the "zombies" she had encountered back at the farm were like something out of the movies, all shuffly and bitey, it was a living (ha!) nightmare and she had had to use Ru'un, her katana to back those motherf***ers off.  She tried not to think of them as previously human and compartmentalised the horrible things she had done in the name of survival.

With impeccable timing her stomach made a dreadful noise and she realised she needed to do something about the current predicament she was in.  She needed food and a vehicle if she was going to get to Jungville to find some answers as to what the hell was going on.  Loosening the razor sharp heirloom blade in its scabbard, she pushed on toward the 'burbs of Jungville.


Violet – day 8
Violet, having escaped the farm on day one, has spent the week living rough on the small amount of food she had scavenged from Joe’s car before she was kicked out of it and a couple of chocolate bars in the pockets of the coat she took from the farm.  Desperately hungry she has arrived on the suburbs of Jungville, she must find food if she is to survive. She also needs to get a vehicle if she wants to stay mobile. 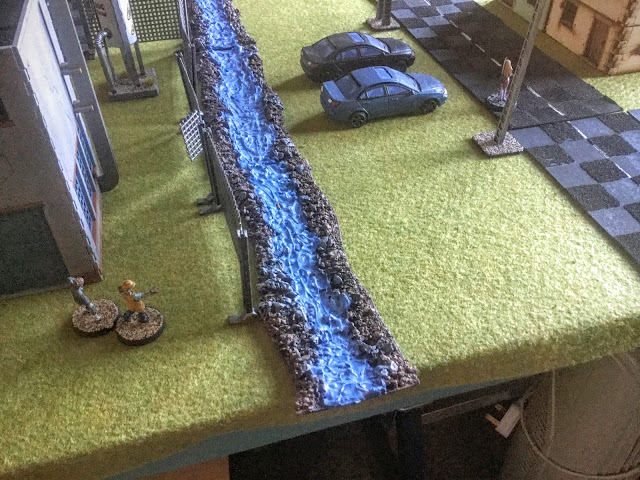 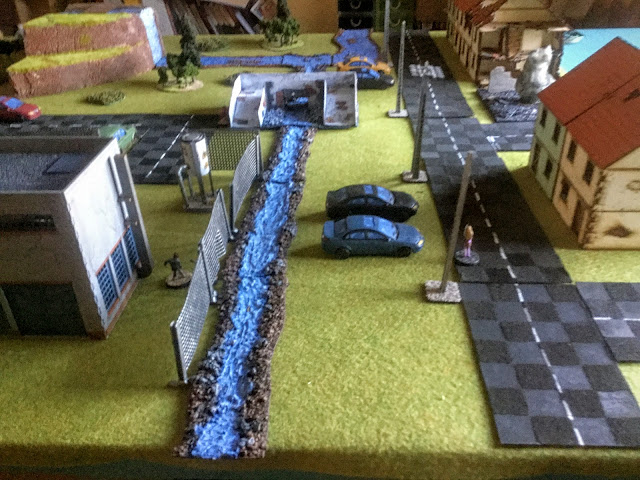 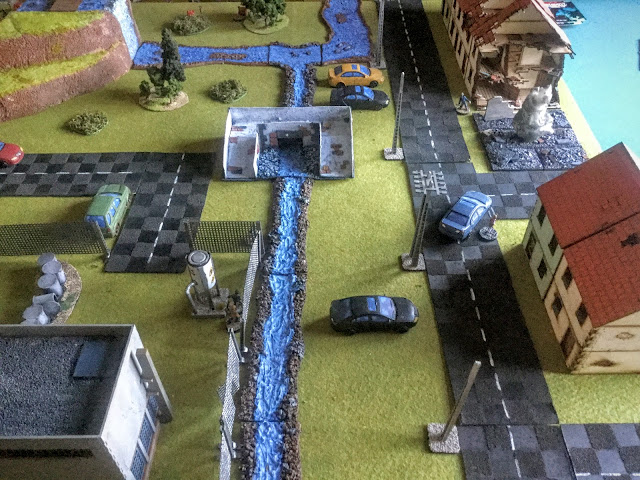 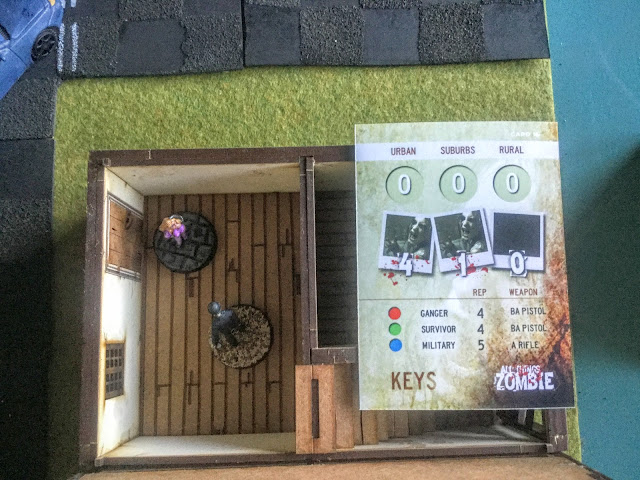 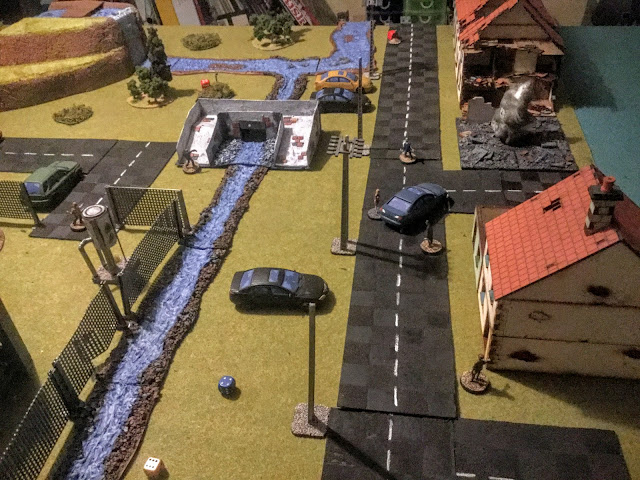 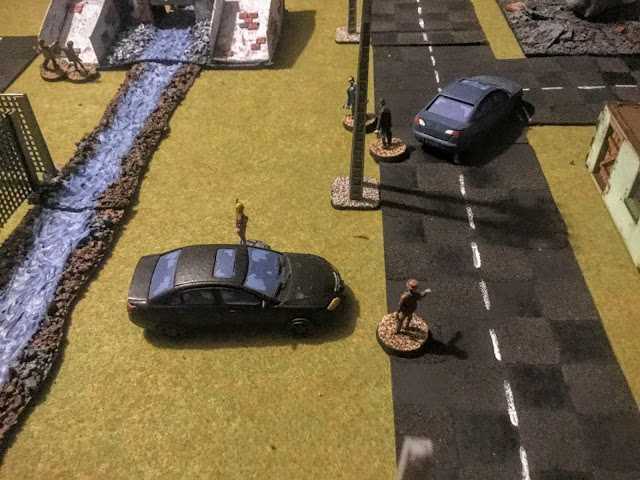 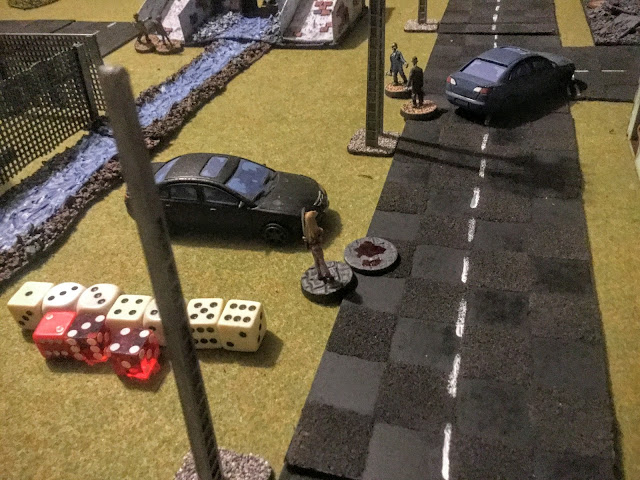 Violet ran up to the first house in the row as the dead started to draw closer, flinging open the door with a crash, she dived through the opening and into the small front room of a tiny family home. Inside a uniformed soldier spun around from the open fire place and began to raise the large assault rifle he held in his right hand.  Taking the room in at a glance, Violet dashed through the room in a couple of long strides, crashing through the door opposite and coming up in time to dodge the gaping barrel of a rifle pointing at the entrance.  Behind the gun and looking petrified was a young boy, roughly 15 years old.... 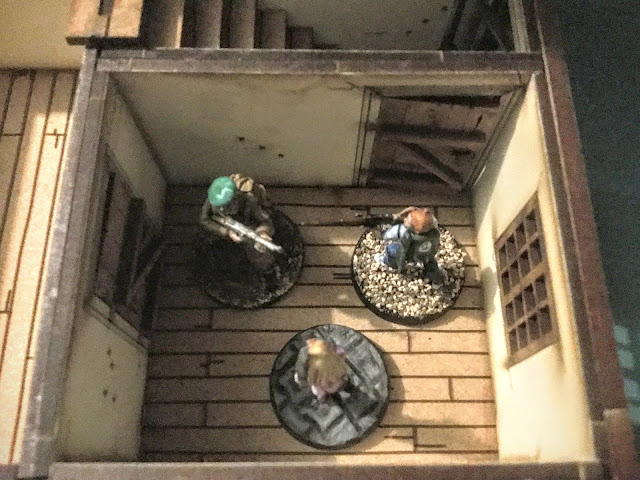 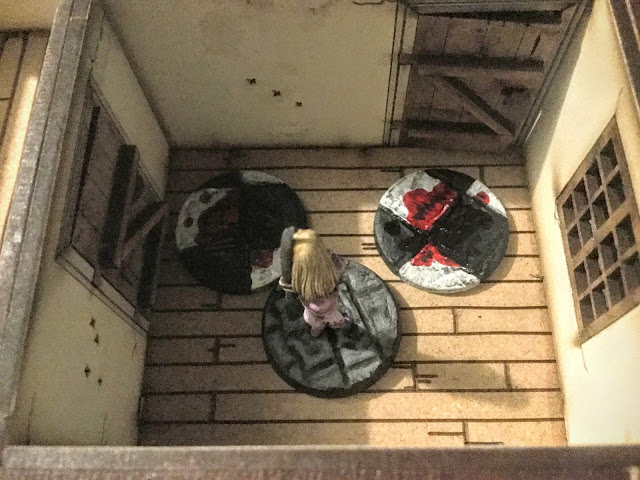 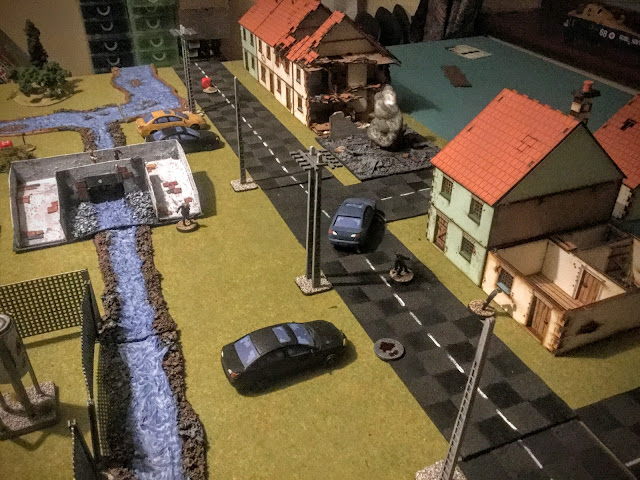 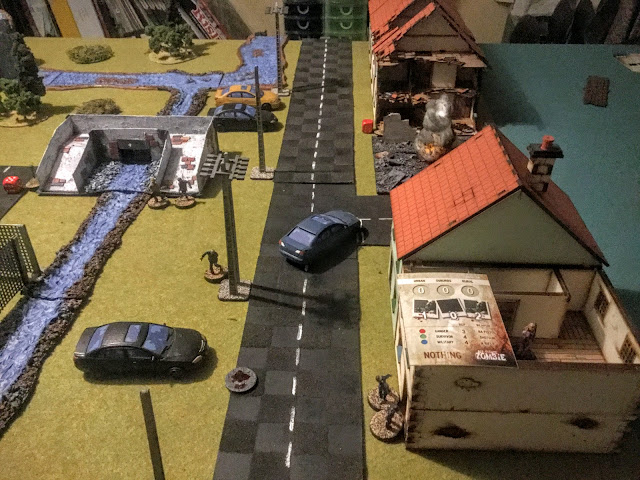 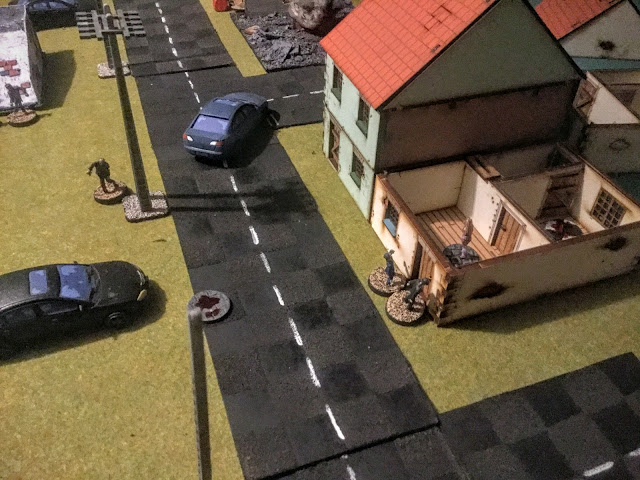 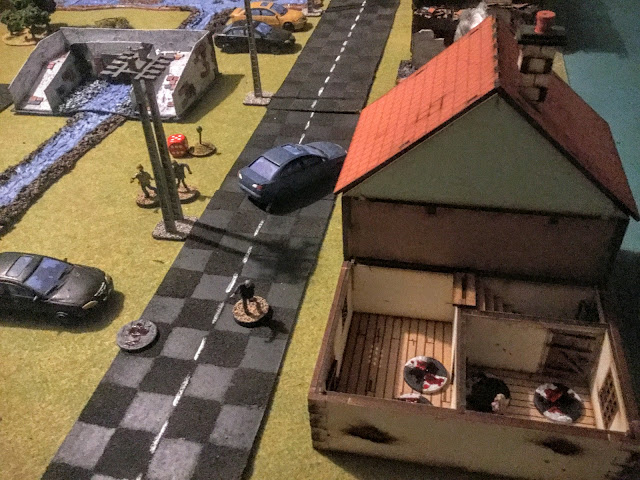 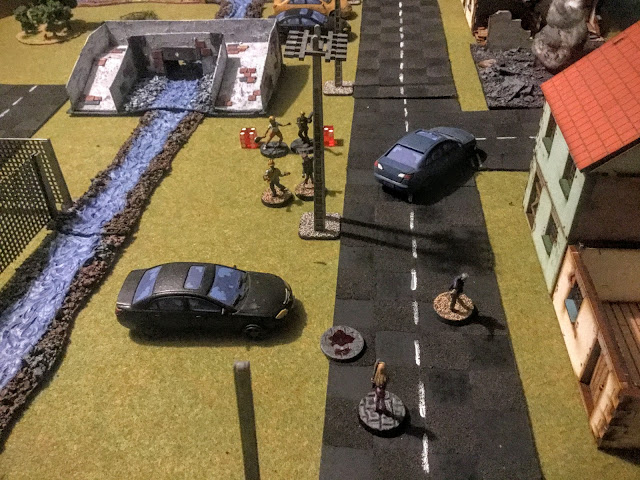 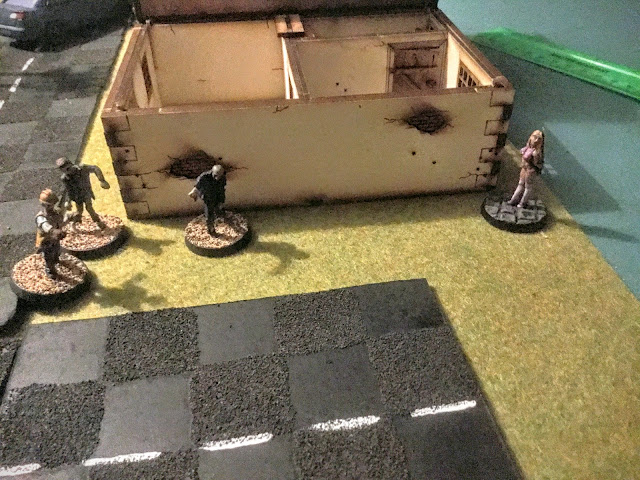 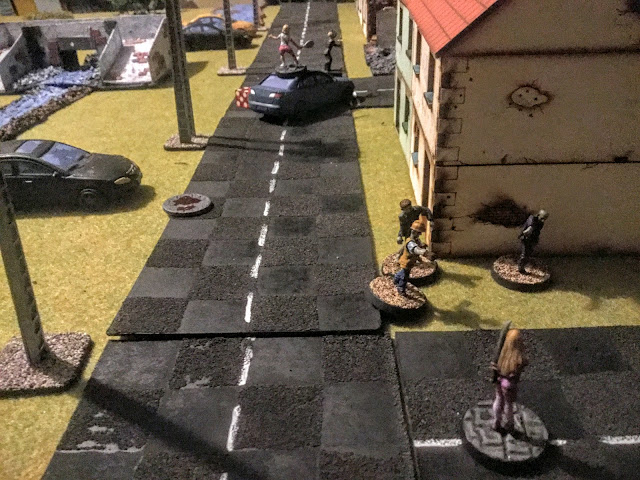 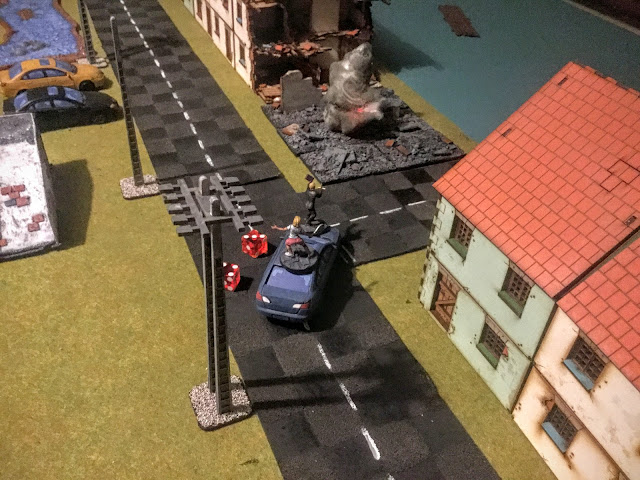 The sound of the car revving up and disappearing around the corner of the junction set Violet's teeth on edge “schas po ebalu poluchish, suka, blyad!” she screamed aloud in Russian at the retreating form of the car she had planned on using to escape the 'burbs.  Those motherf**kers she added in English as more of the infected charged at her, trying to get at her living flesh. 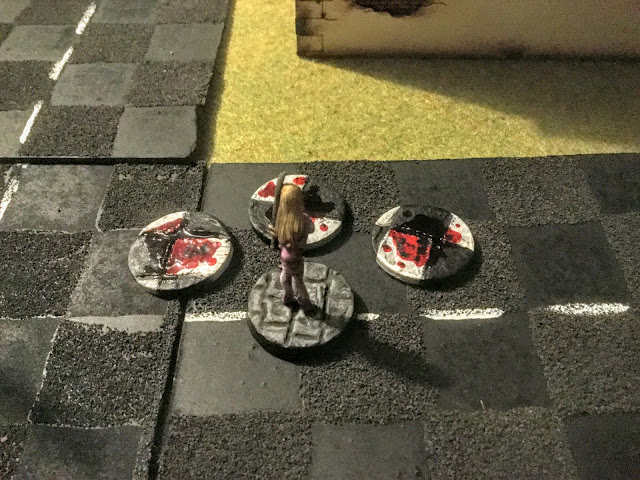 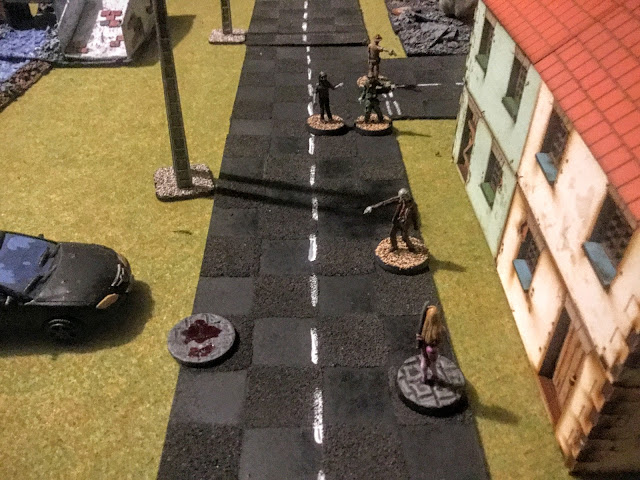 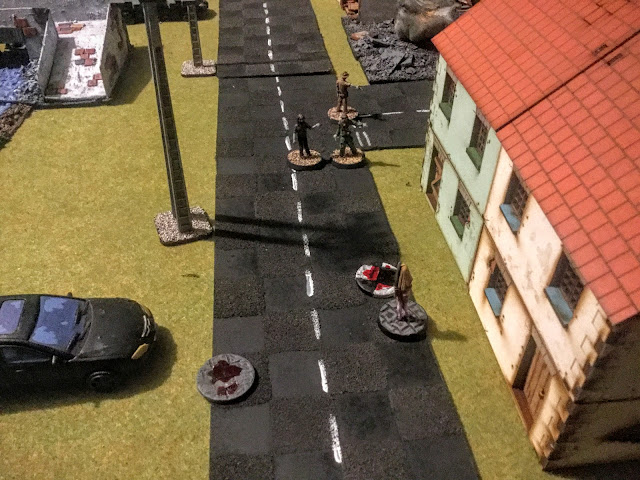 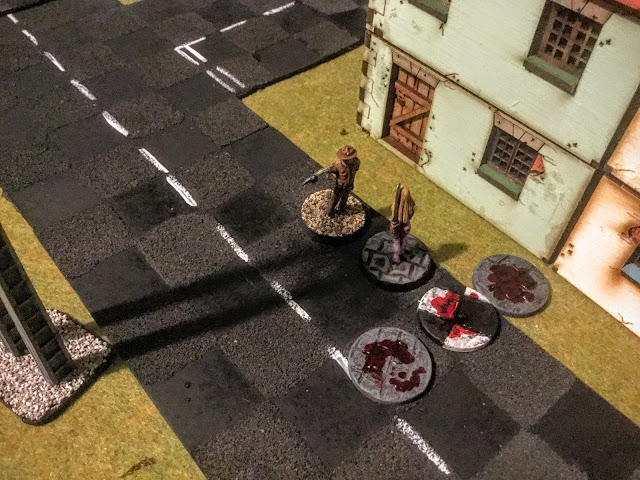 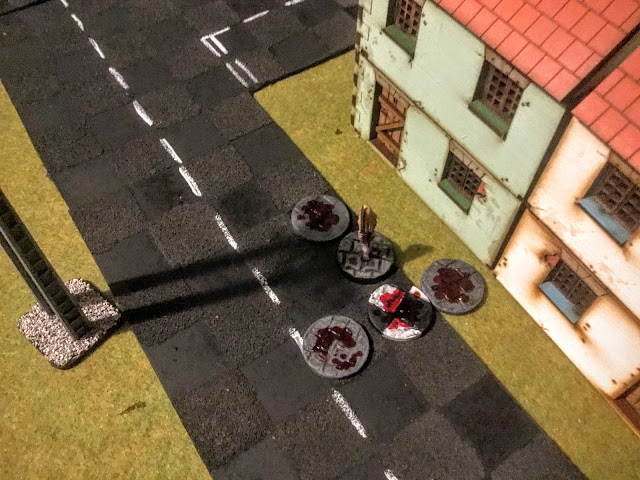 The piercing, clarion call of a cell phone carried across the still air.  Violet whipped her head left and right trying to pin point the direction of the noise. Violet knew she had to silence the infernal machine as it would act like a beacon for the infected.  It seemed to be coming from the direction of the house where she had killed that damned soldier who had killed poor Oscar.  Steeling herself for the dreadful sight of the lifeless bodies she used the tip of her katana to open the front door once again.....