The last of my Bushido posts from the plastic minis I nabbed from Damon 'Rulez' Carlton's "Docks of Ryu" - the expansion set from GCT's successful kickstarter boxed game "Rise of the Kage".  Last pirate post at least for a while and at least until Black Friday brings some more Piratey goodness my way.  But to round out this series of minis and to give me a usable faction until reinforcements can be raised I give you the Korusea....

The Korusea make up the bulk of the veteran seaman of the Jung, skilled sailors and warriors, armed with wicked curved blades which gut a man as easily as a fish. Their secondary weapon is a web woven from light but very strong twine, used to subdue an enemy up close or at range.

another dual track model so again I painted up two! 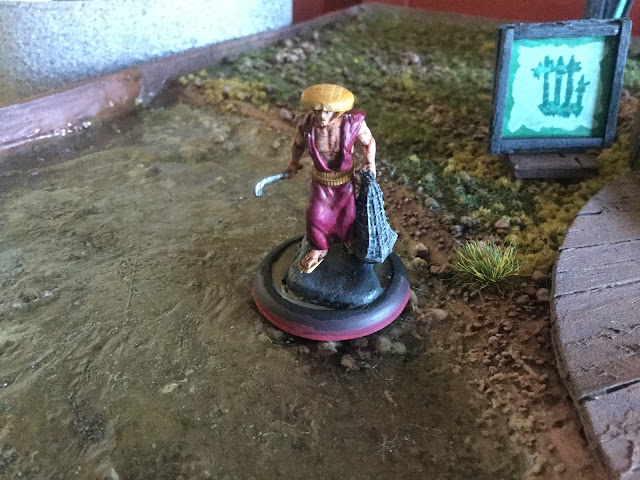 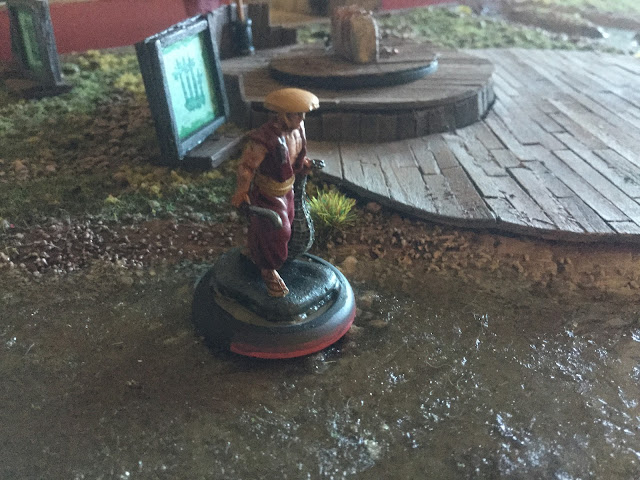 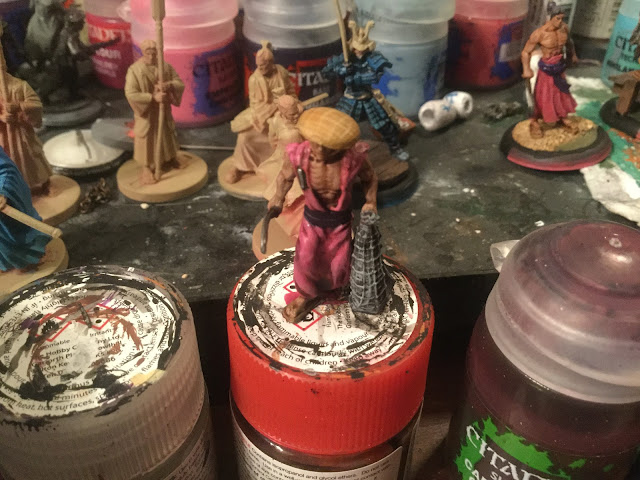 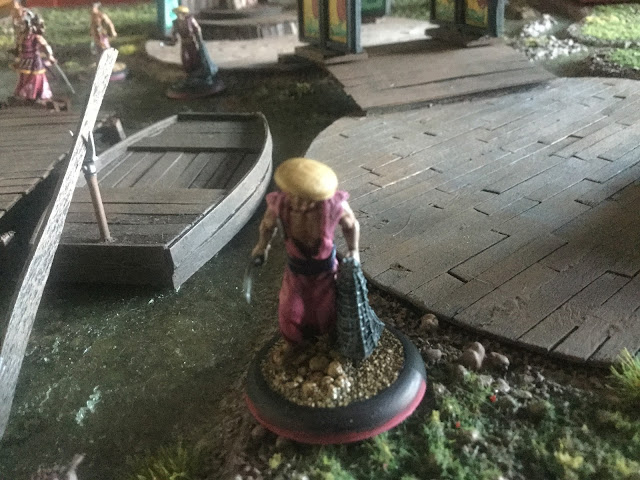 These guys will be damned useful with their immobilise attack slowing up the enemy and making it easier for my front line fighters to pour on the pain.

and finally a group shot with the boys so far... 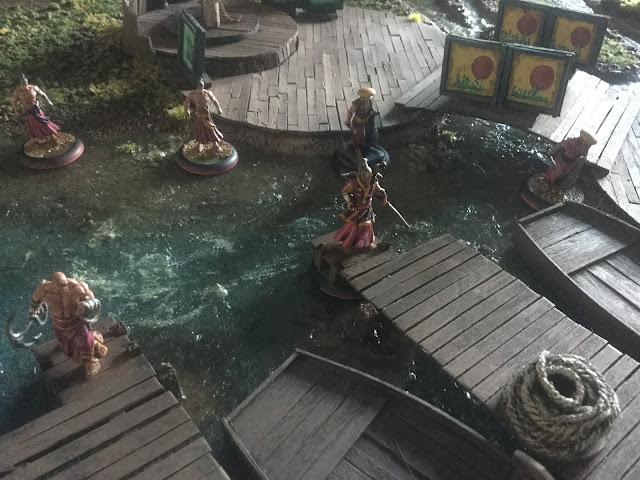 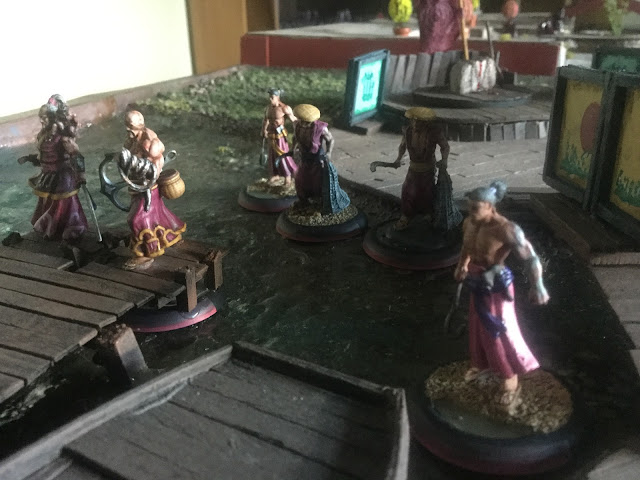 Email ThisBlogThis!Share to TwitterShare to FacebookShare to Pinterest
Labels: Bushido, Docks of Ryu, Jung Pirates, Korusea, Rise of the Kage