Among my recent anniversary gifts, nestled in the lovely wooden box was the Prefecture of Ryu starter set for Bushido.  Now like my Temple of Ro-Kan starter set, I received this at the end of my collection of minis for these particular factions which seems a bit of a strange way of doing things!  The starter sets, in my opinion are very well balanced and really should come first as they are all very usable straight away and don't need to be added to immediately and they will be the first thing i purchase when i collect other factions (yes that is happening so brace yourselves for more gushing posts...).

The Ryu starter then is led by two very capable characters in the form of Hiro and Hanso.  Hiro Takashi is a member of the ruling house of the Dragon Clan and trained in the arts of the samurai.  With his heirloom katana and bespoke heavy armour complete with snarling demon-faced helm he is well equipped to take on the enemies of the Prefecture. 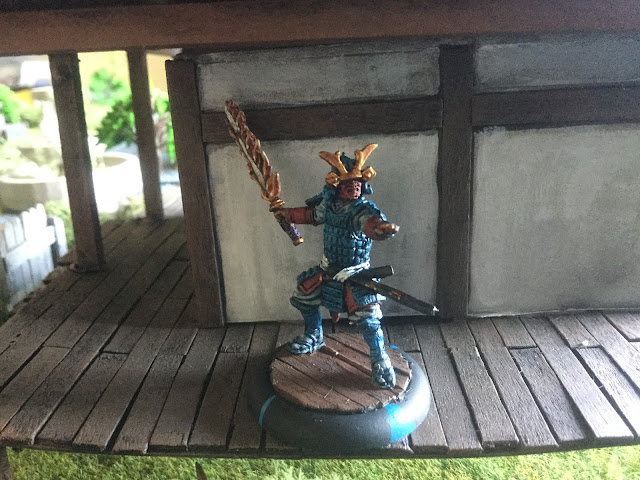 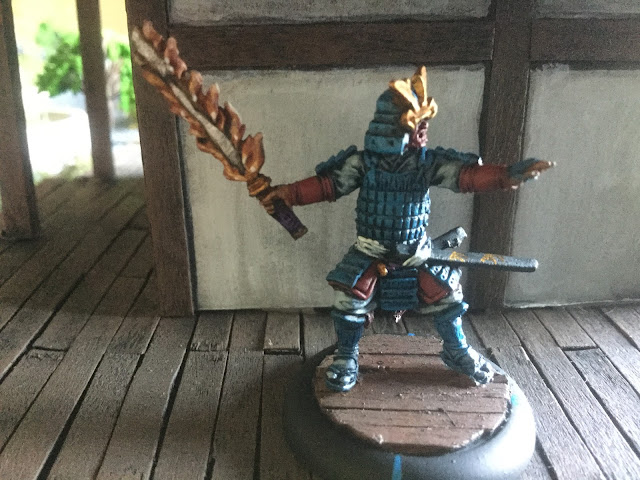 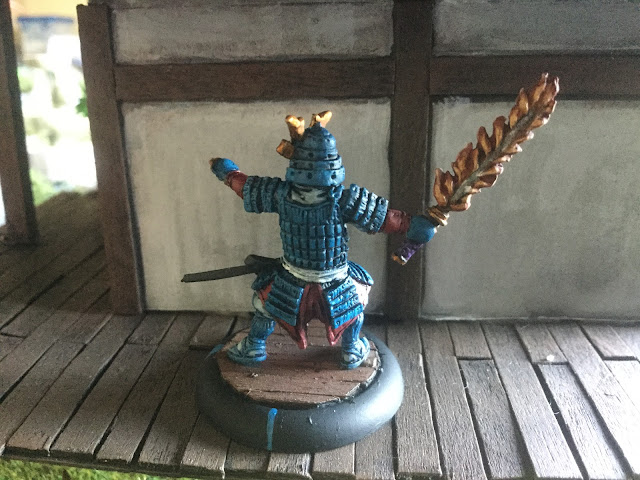 so by now I was using the very familiar palate that I have devised for the Prefecture faction, with blues being the dominant feature and these run through the whole starter set.  To add a bit of contrast I made his helm have a bright red visor and used the same red for his hauberk and bracers.  The model comes with alternate heads and katanas - bare headed and normal katana, but i wanted him to stand out so the katana was the flaming kind.

Hanso was a gunso (sergeant) in the Ito Clan army when he was "poached" by Hiro, found out how here. He is described as a bear of a man and the model is a bit bigger than the others although not stupidly so. 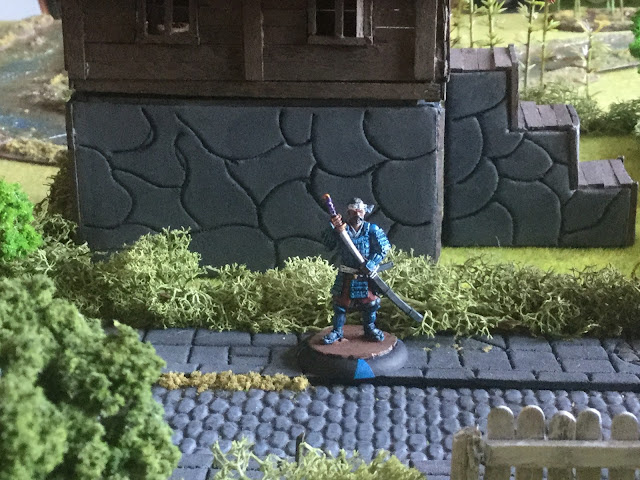 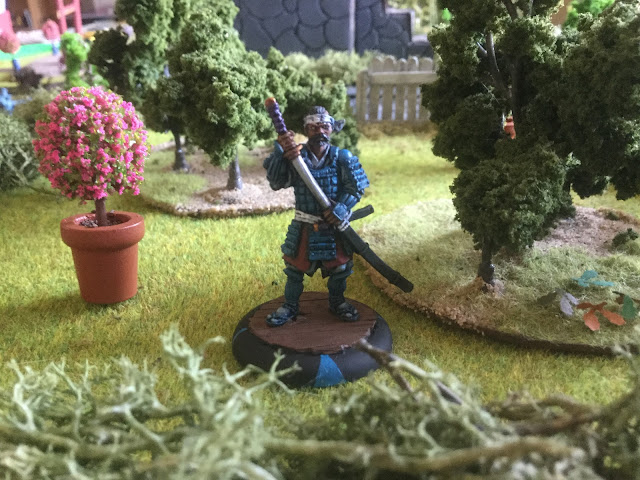 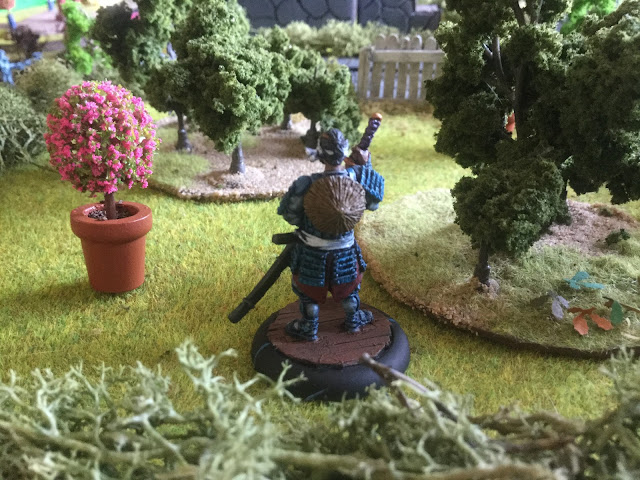 He follows the Prefecture colour scheme of course, his special feats are based around his enormous strength and his sergeant role in the army as he can order the basic ashigaru to "Move it!" and they activate for free - very useful. 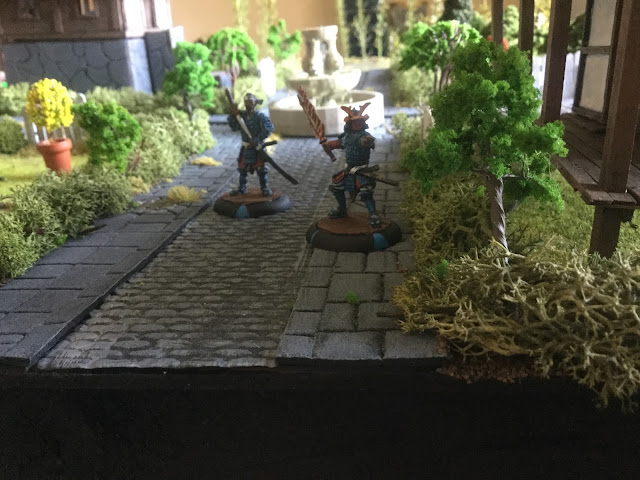 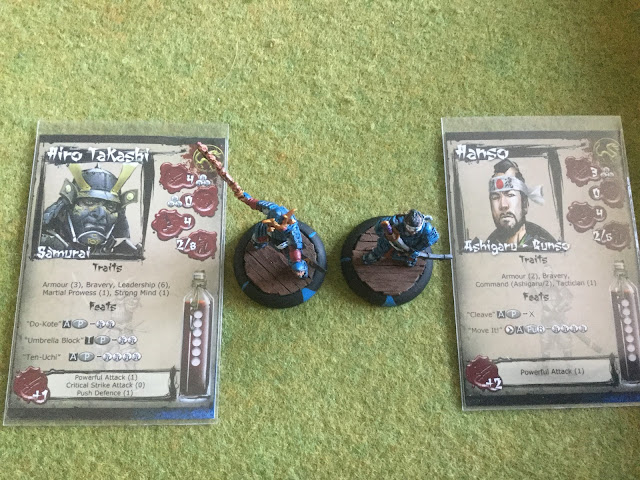 thats it for now, next post is the last of the starter set - the ashigaru.
hope you enjoy
dGG