a quick WIP of a project that I'm working on but will probably go on for a while as its a bit of a slog to get it all finished.  As regular followers of this blog will know I love building terrain but I've always struggled on one of those iconic terrain pieces that features on nearly every games table around the world - the river! now when I say I struggle, I really mean it! every attempt i've ever made to put a good looking piece of waterway on the table has been a failure and I end up with an unsatisfactory result which i'm just not happy with. Whether it is the banks or the riverbed, water effect or everything there is always a part of me that just doesn't like the end result.

Determined to end this run of disappointment and to get a decent river feature with lots of options on layout I decided to check out t'internet and see what other folks were up to and what I can conceivably pinch... Anyway I pitched up on this guy's website and he was using river sections made by Amera Plastics, now I wasn't looking to purchase pre-fab stuff but i kept on glancing over at my various efforts (one with miliput banks - expensive and looked naff! the other with banks made up of piled up kitty litter - just no) and I thought to myself why not. With that I went over to their website, I've bought plastic craters from them before and the cobble stone streets I used on my modular BA boards so I'm used to the product and have already enjoyed their prompt service and this time was no different with 6 straight sections, 4 bends and 2 tight corner pieces turning up in no time at all. 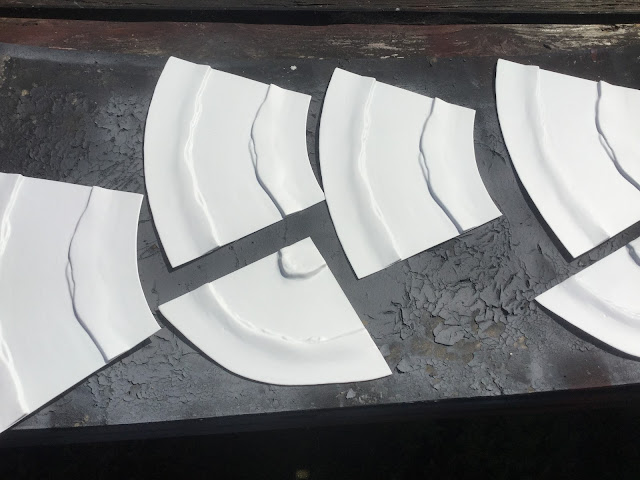 The pieces are made from injection moulding and are a plain white, shiny plastic with quite an excess of spare trim on the banks.  I decided to leave the trim as it was for the time being until I could make up my mind whether I wanted to use the excess to form part of the scenic features (in the end I decided they were too wide and trimmed them back).  Next up I gave them a cursory spray with a cheap grey primer just to give the following paint layers a bit of a chance of sticking. 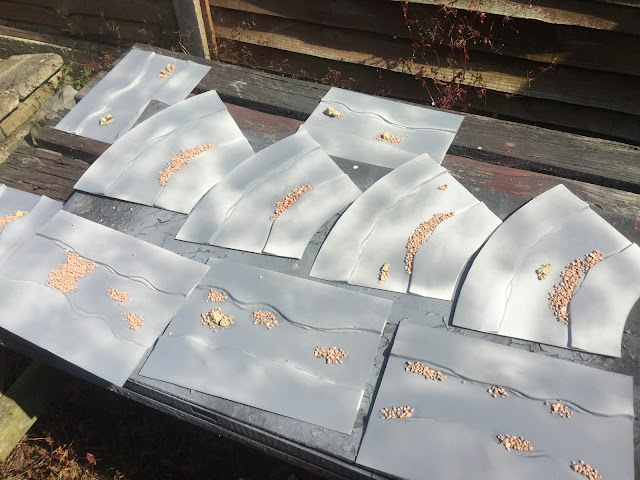 Next up was adding a little bit of detail,now this is where I always fall down with inaccurate and poor detail, so I hit the web again for some proper knowledge!  I found a great GCSE level geography revision site that described flow patterns and how debris is deposited and how rivers cut their way into the earth.  Jolly exciting stuff, if that's what floats your boat (ahem) but necessary so that my rock placement wouldn't look out of place.  Turns out that pebbles and rocks are mostly on the inside bends of rivers due to flow speed being slower there allowing them to wash up and settle.  More sturdy and bigger rocks last a little longer and can find themselves in the middle of the flow and of course fords are formed where the water shallows out briefly and would provide my little guys a natural crossing on the tabletop.  My pebbles were made up of kitty litter glued in place with the rocks being made up of broken pieces of cement. 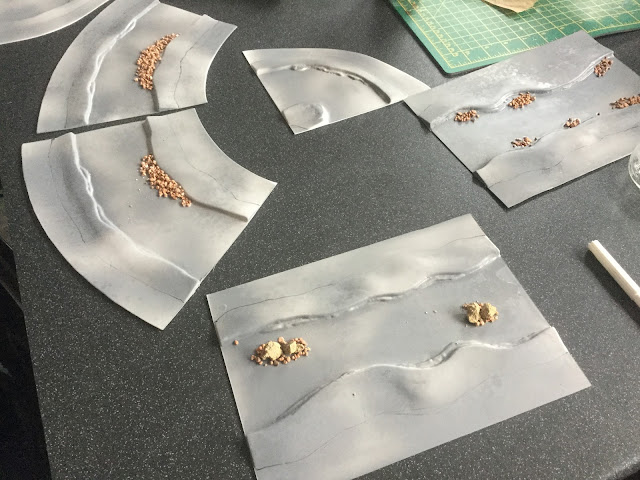 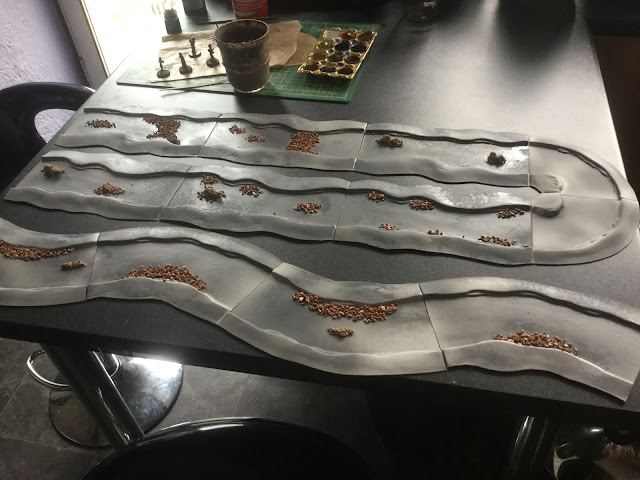 The next task was to put a general layer on the pieces that would form the river bed and the banks, now normally I would reach for the fine sand and just add a layer that would cover both and look....well ok... but I've been there and done that.  Back to the interwebs and I decided to see what advice the terrain guru that is Luke Fellows from Luke's Affordable Paint Service has for me.  Scanning his You Tube channel for inspiration I found this one here, a way to make my own textured paint similar to GW's "Stirland Mud".  Now this stuff is ace and it cost me less than a £1 to completely cover all 6 feet + of my river sections and still have so much left over I'm thinking of making some dirt tracks for Bushido and Ancients at a later date. 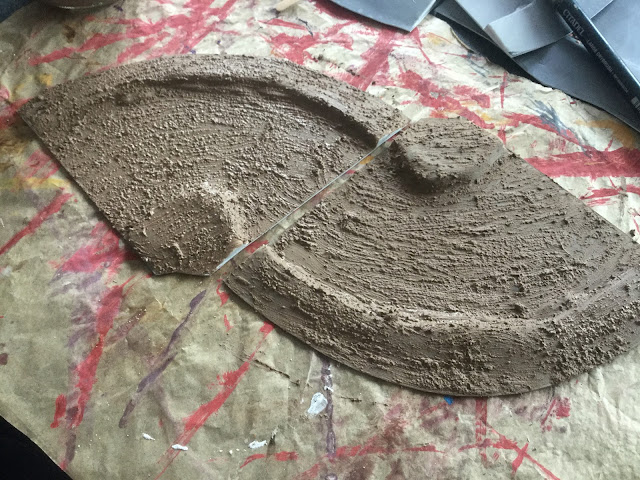 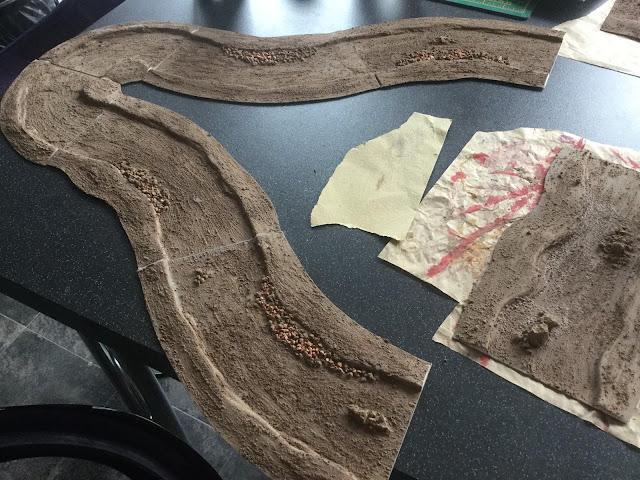 and so this is where we are at the moment, I've managed to add another coat of the cheap emulsion sample pot that I bought from Johnson Paint.  But I guess its just a little darker than this but not by much.

anyway that's it for now
hope you enjoy
dGG