my apologies if anyone was expecting a Saga batrep in today's post (as I was!) but I've been let down by the Nerd Herd who have not submitted their posts this week.  So instead I thought I would give you another update on my ship building efforts to date...

So following on from last time, I wanted to build a sort of fo'castle.  Having scanned numerous pictures of Chinese Junks and other ships of the Far East.  I made the decision not to have another boxy walled section and instead made it flat - like a fighting platform, not only that I wanted to add a fore mast as well.  With that in mind I wanted a sturdy frame and chose some 3mm balsa from my bits box and made a square 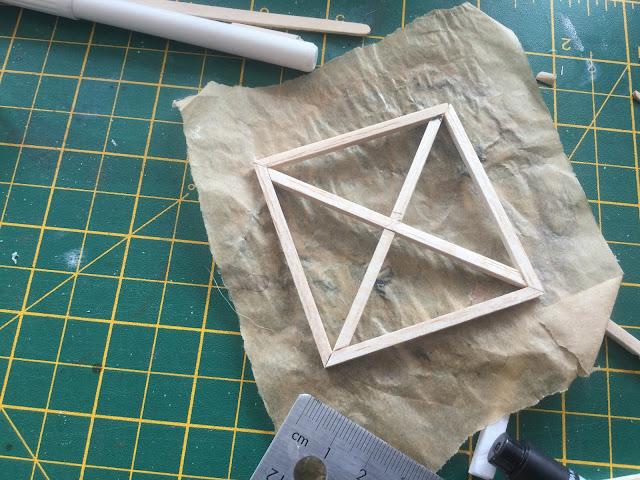 then out came the coffee stirrers (yes Mrs Gobbo does drink that much coffee!!) and the platform was completed.  Using a drill I made a hole for the mast and then added some 5mm balsa supports to hold the platform in place.  I drilled a corresponding hole into the deck below where the platform would be. 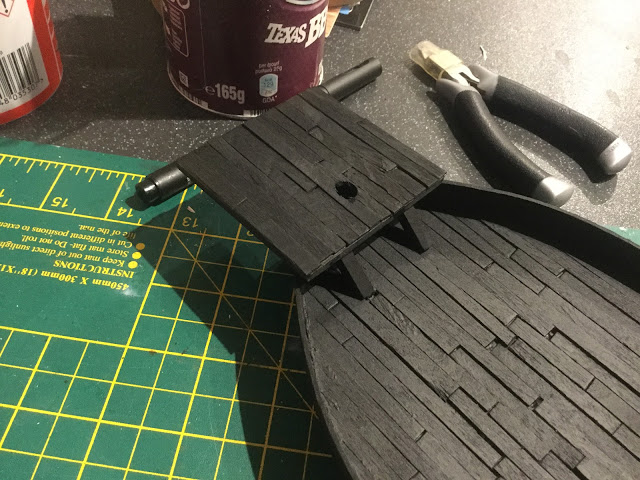 I also drilled a whole in the main deck after strengthening it with an MDF 25mm base.  I did the same to the aft'castle.  Keen followers (or not) of the blog will note that I cut off the ladders that poked out of the side of the aft castle and replaced them with a single ladder that faced forward - much better, thanks Joe (Zabadaks Zombie World) and Bryan (Vampifan's World of the Undead) for your comments. 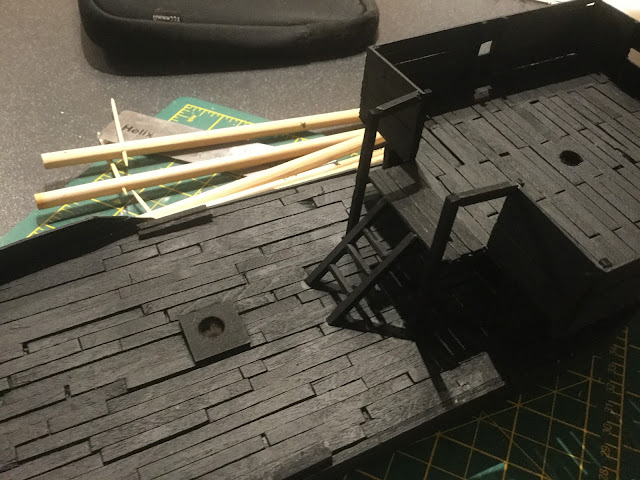 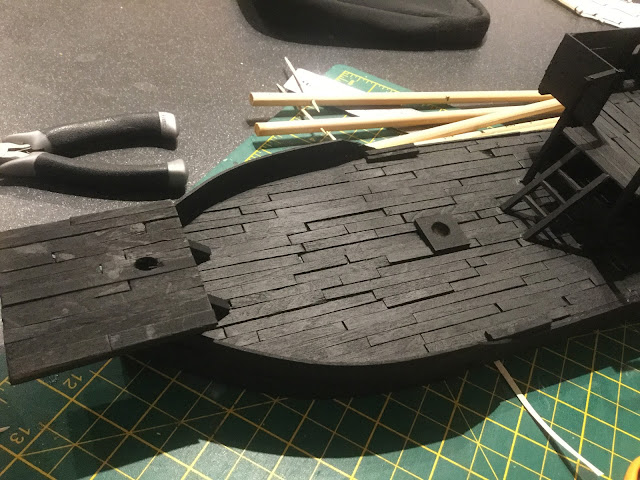 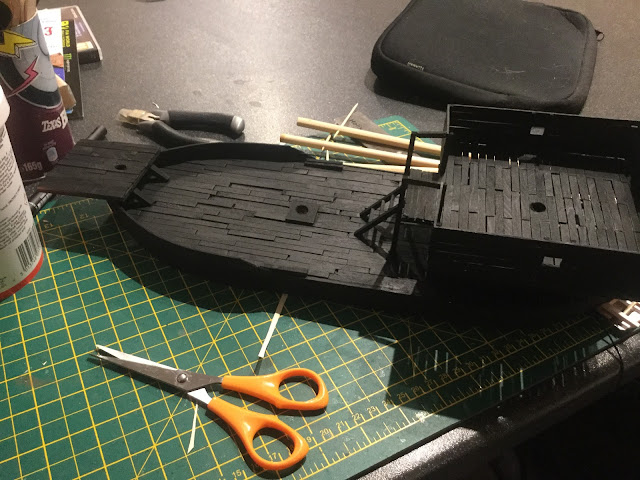 So I've progressed the hull a little more as you can see, not by a lot but I've been pushed for time having just completed a run of 7 x 12 hour shifts in 7 days ending in 2 night shifts so not a lot of time for hobbying!  However I also managed to start with the sails and masts.  Following on from comments from Jez of Carrion Crow fame regarding planters and wallpaper, I remembered that I had some spare dowels in the loft that I had used in a previous games table that would make fabulous main masts and other thinner ones from other projects so didn't take him up on that one, but I did use wallpaper samples for the sails - cheers Jez!  Below is what I've come up with the fore sail.  I'll have 3 masts in total and the mid mast will be bigger. 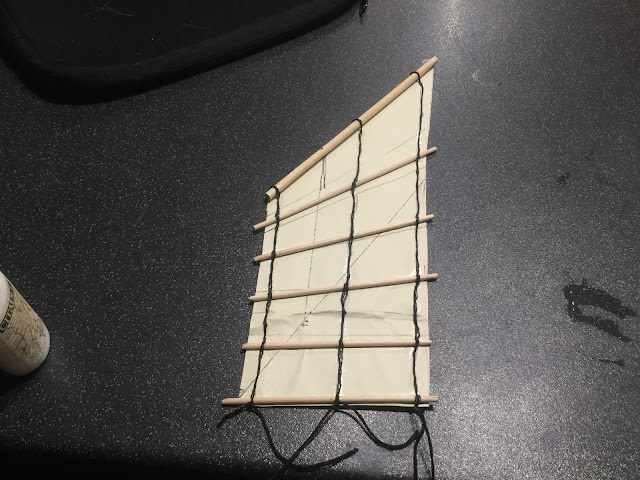 That's it for now, hopefully the Herd will be shamed into finally submitting their reports (doubtful....) and I will pick up the Saga batreps next week.