the mystery of the zombie virus - the cast and rules

Before we start the batrep i'm going to introduce the cast - as if they need it.  But I s'pose we need to see the post apocalyptic versions and see how they translate to ATZFFO.  I decided to make all of the gang co-stars as it were, reason being who do you make a grunt?  In order to try and strike a balance though i only gave them 1 attribute each rather than 2.  I did make them all rep 4, which might make them a little high powered for the game but to be fair there is going to be a whole hell of a lot of zombies, it's also going to be really hard to win the game so it should pan out.

The setting is the hospital I recently built called Jungville General Hospital (Jungville being the fictional town i've been building for my Bolt Action games and post apoc setting).  So the scoobs will have to investigate the creepy, zombie filled hospital, trying to find clues as to how the zombie virus started.  Each corridor, lift, room has it's own special rules and contact table with a chance of either coming into contact with more zombies or rolling to see if they find a clue. The chances of getting a clue are pretty low, with a 1 in 6 roll initially followed by a savvy roll to see if the character has correctly interpreted it as a clue.  So 0d6 is a fail, 1d6 counts as 1 clue, 2d6 either as 2 clues or a special bonus to be used elsewhere in the game, such as reigniting the boiler means the lifts/elevators now work.  I did try to add the power point that i used for the room tables, but can't seem to get it embedded on the blog page, so if anyone has a clue how to do it let me know and i'll try to get it put on here somewhere. The scoobs need to find 3 clues, which doesn't seem a lot but again the chances of finding them are low (more chance of finding zeds!) once they have 3 clues they need to escape either via the main doors or if they discover the right clues via the roof/helipad or sewer entrance.

The game itself will be confined to the Hospital tile, although it is only a 2'x2' game surface rather than 3'x3' it does have 4 levels so offers a massive playing area in reality.

So here they are - the cast

First we have Daphne *note i used Bryan's (Vampifan) record sheets but they didn't copy on here well, my fault not Bryan's as i'm not technically competent... Also note i don't use the extra competencies that Bryan has as a house rule, i'm not all that confident in my ATZ skills yet so tend to stick to the script until i know the game better. 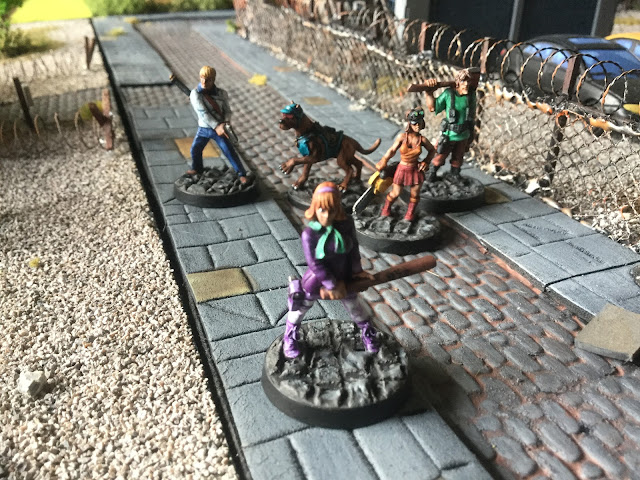 I decided to give Daphne the attractive skill, i know she's a martial artist as well, but as i said i'm only giving them one attribute and if i said to any scooby-doo fan - Daphne they would say....  I would also say she is more a people person than a deep thinker hence the savvy/people mix.

next up is Fred 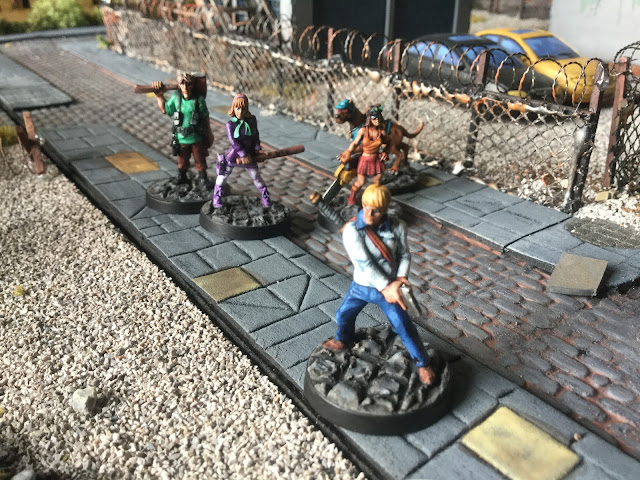 Fred likes to wrestle and do martial arts so yes he gets brawler to reflect his melee prowess.  He is a bit more logical in that he likes to build traps so i've given him a higher savvy.

next up is Velma 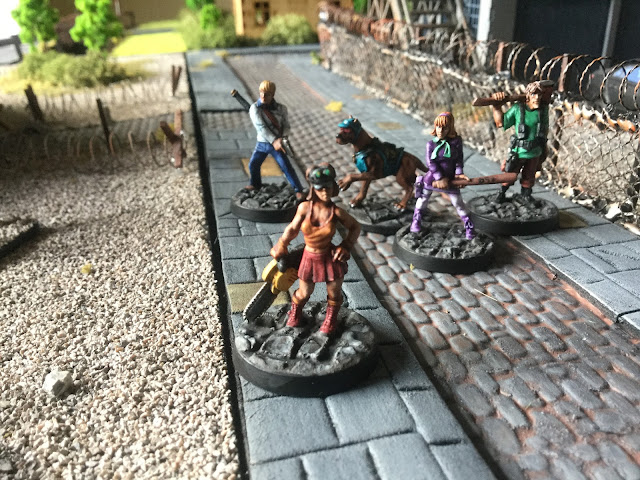 now V has really amped up since the zombie virus, the mini sees her carrying a massive chainsaw and bulging with muscles, so into the mix i added her red headed temper (in the blurb anyway).  However she still has her logical brain so her savvy and logical attribute reflect that.

As a house rule for V (i know i've just said i don't use house rules!) i think that 6d6 rolled for noise of a chainsaw is a little prohibitive and i would be tempted not to use the thing in the game at all, so i have ruled that while the chainsaw is active i.e it is slicing and dicing, it is throwing out sound and attracts the 6d6 zombie generation. But when it is not and it is just ticking over then it is generally quieter and only throws out a 1d6.  This makes using the thing a lot more fun and still gives over the noise level when its being used. 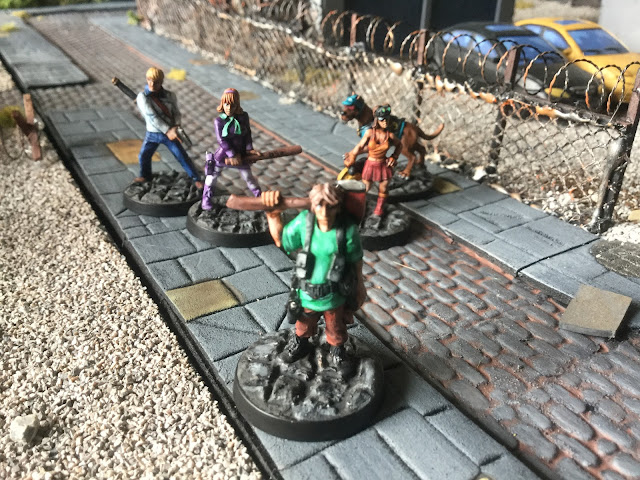 now Shaggy is not the brightest of the bunch so although he's manned up a little, swinging his fire axe about, it hasn't changed the fact that he's a bit dim.  I don't expect him to find clues with such a low savvy and dim attribute.

Lastly we have Scobby-Doo himself 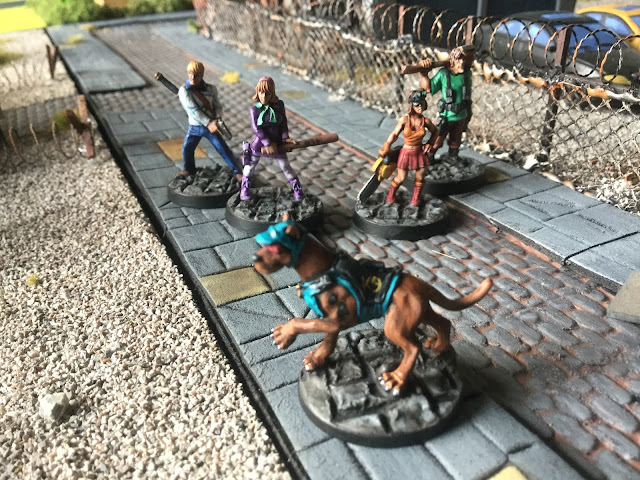 now i have made him very food orientated as he can't gorge himself like he did before the apocalypse. So now he has greedy attribute.  I have allowed him to have 1 scooby snack that gives him a one off bonus in the game.

So there we have it, next post will be the batrep.  But for now....