My apologies for the lack of posts and comments on my favourite blogs, RL is a factor but there is also a severe lack of mojo within my hobbywork since I've finished my board for PAW.  This is fairly normal for me following a major build project.  With PAW looming, I'm sort of in a holding pattern, not really playing that many games and certainly not writing them up! Never fear though, when I come back from PAW, which I'm sure will re-energise my mojo with all the eye candy that is bound to be on show, my first priority will be to continue my ATZ campaign.

So in the meantime I need a little something that won't tax me too much with hundreds of minis to paint or loads of terrain to paint. Thankfully for xmas, the awesome Mrs Gobbo got me....

"Welcome Ladies, Gentleman and anything else that has crawled, flown or teleported to this beautiful, brand new stadium.  Mannslieb is full and Morrslieb has cast its sickly glow upon us all, so that can only mean one thing - Its time for BLOOD BOWL!!"

Ahh yeah, one of my favourite games ever produced by the resurgent Games Workshop.  GW fell from grace over the last few years, in my mind the sheer commercialism and disregard of it's fan base in the pursuit of making money turned a company that made excellent games and a range of miniatures that were second to none into a no-go area for me, with the destruction of Warhammer FB being the final straw.  However in the last year or so, managers have changed, mindsets have changed, this is good, this is progress! and yes I've been seduced back into purchasing GW products, albeit not quite so fanatically.  One of the best things about the fall of GW (in my mind, it was a fall...) was the drive to find other games that at other times, I might not have looked at - Bushido, ATZ, Bolt Action to name a few and this will continue despite me returning (partially at least) into the fold...

Anyway onto the new/old game - the new version of an old game! When BB was re-released in 2016, I was intrigued, really intrigued and even deigned to venture into a GW store to look at the contents of the box.  I was obviously impressed by the miniatures, they company hasn't missed a step in the quality of it's minis.  4 sprues (2 human, 2 Orc) nestled among high quality card components, colourful dice and plastic templates, each sprue had enough minis for half a team and some accessories such as balls, coins and turn markers.  The minis themselves just push together and the game itself can be played almost straight out of the box (you still have to clip off the minis from the sprue). My only gripe is the size of the minis - they are at least 32mm with a special 32mm round base, clearly designed to exclude older 28mm ranges and the plethora of other "fantasy football" minis from companies like Shadowforge and Greebo. All in all it looked fantastic and I was sooooo tempted to buy it there and then, but I was on my way to a Bushido tournament and so kept my wallet in my pocket.

Fast forward then to this xmas and I figure it's time to dip my toe back in the GW pool and here we are.  The scale creep in the minis doesn't really bother me and I will be playing with my existing teams as well as the new releases which look fantastic. The best thing about this is I'm not in any mad rush to complete teams as I have two fully painted from years back (albeit in 28mm).  This means I can take my time painting the brilliant minis that come in the box and to that end I've managed just a single solitary human to date and the tokens, footballs and coins.  That said, already my mind is thinking about building a full blown stadium, maybe situated in an goblin infested Dwarven hall or a Skaven haunted sewer system,  AARs of games......here we go!! 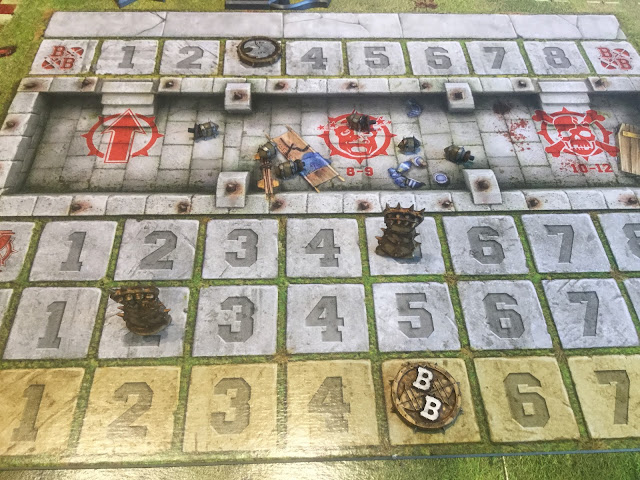 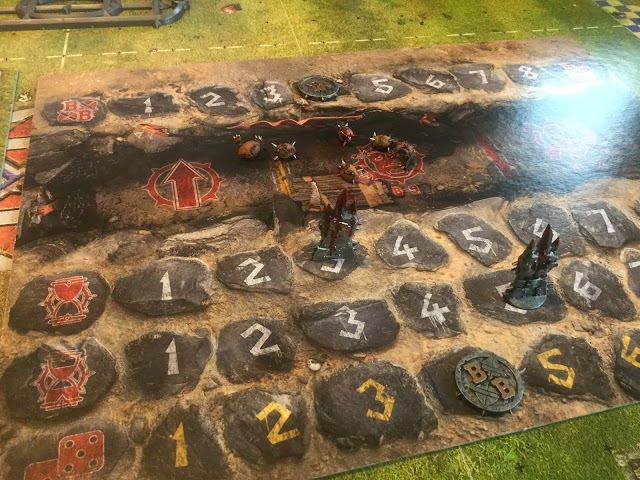 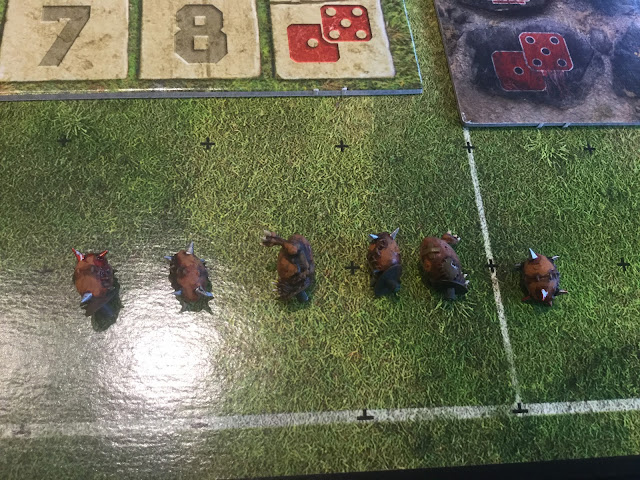 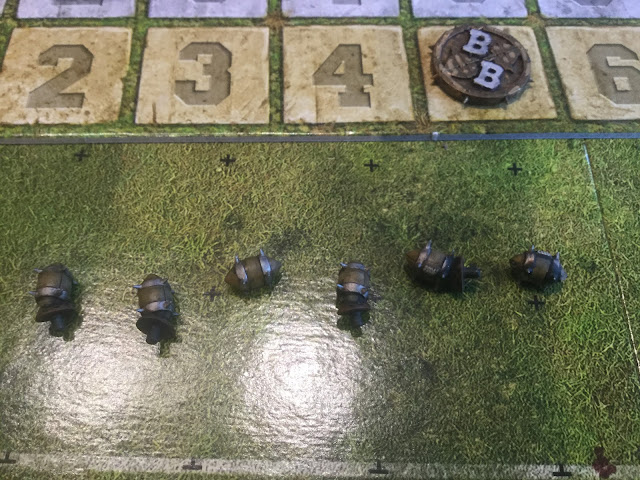 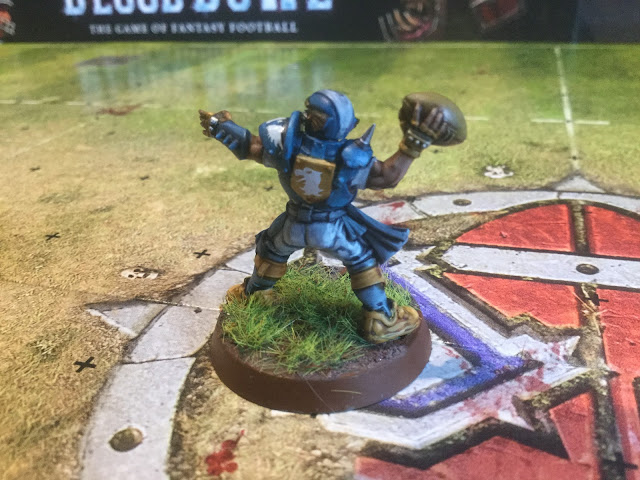 "Strap on your armoured cod-pieces folks this could get rough...."