Last post before Salute, after which my bought figures to painted ratio will be badly skewed....  :-) I'm going to see if I can get another faction for Bushido and some other bits as well as playing as many new games as I can, what I'm really looking forward to though is meeting up with fellow bloggers! Those awesome dudes who bring a little bit of what's going on in their gaming world to us, inspiring us with their great figures and glorious games (of course i mean other bloggers rather than myself). I know I have started at least three new gaming systems since I started blogging!! See you at 1pm guys!

once again I bring you an addition to the Temple of Ro-Kan faction i am building; the fisherman Kintaru, here is his blurb from GCT studios website...


As trouble and unrest sweeps across the Jwar Isles the unlikeliest of heroes are emerging to support the Temple of Ro-Kan. Kintaru is one such man, a peasant more at home fishing the rivers and lakes of the mountains than fighting. Nether the less he has given the strength of his arms and his keen eye to protect that which he holds dear. 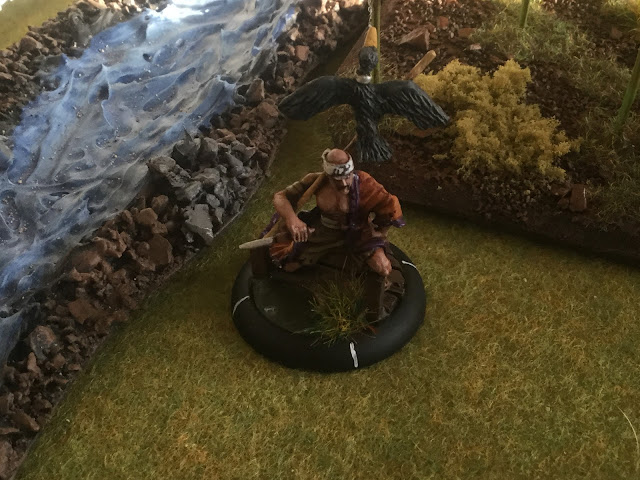 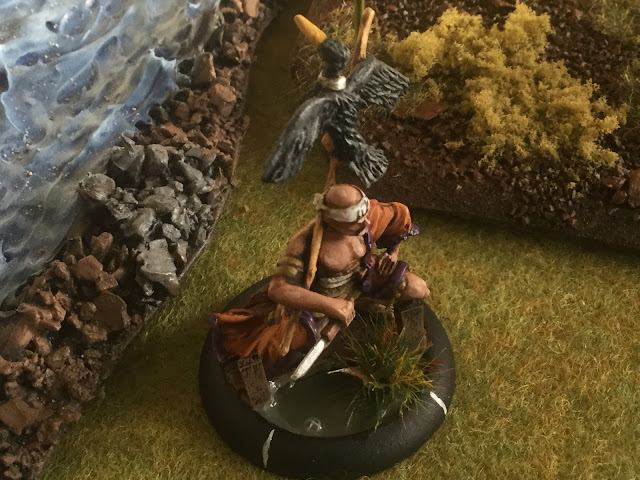 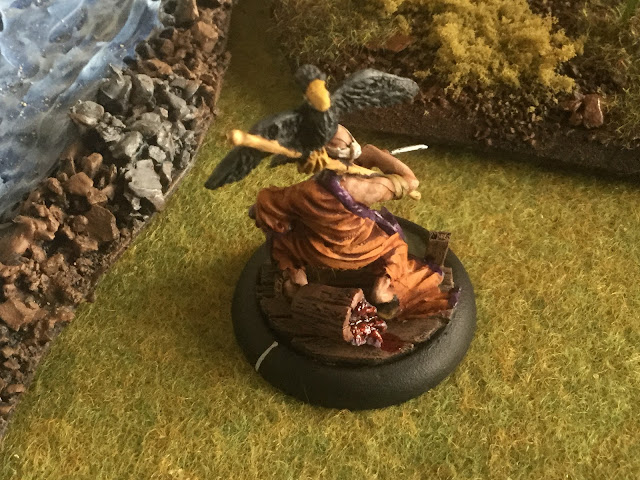 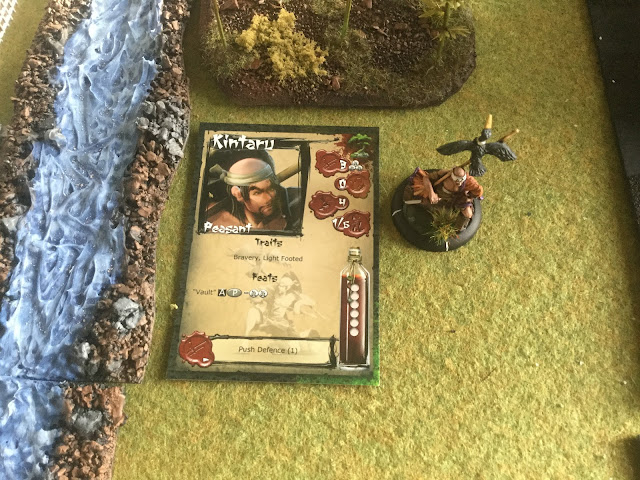 Kintaru was painted in my now familiar temple paint scheme, on the website he had an orange robe so i figured he was a failed initiate and answered the call.  So he got a robe with a purple stripe that had obviously seen some use, khaki breeches and sandals and a bamboo fishing pole.  his base is made to represent a jetty from balsa wood and PVA to represent the water, a little moss clump finishes it off, the bucket on the base comes with the figure and contains fish which i have chosen to have on its side, spilling its contents and some blood onto the decking.

Kintaru will be used in a support role, either backing up Seiji or another medium hitter to bolster their attacks.