annnnd it's a hail mary pass....TOUCHDOWN!!!


last time we looked at the Blood Bowl cannon-fodder, the linemen. Now it's time to focus on the specialists.  This week I'll be looking at the passing game. 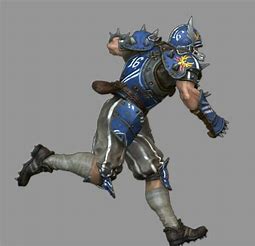 Throwers, like Blitzers are your superstar players.  They are the spectacular playmakers, leaders on the field, picking passes out of the ether and dropping pinpoint long bombs into the EZ (well, that's the idea anyway...).

Catchers, are lightly armoured, fast and always looking to lurk in the EZ, waiting for the ball to come "over the top".

Humans are fairly decent at the passing game, although not particularly agile (3 as a starting stat), they do come with some skills that allow rerolls to failed dice - Sure Hands and Pass for the Throwers, Catch and Dodge for the Catchers.  This means that you can more or less rely on these players to get the job done (that said, in my opening game my Thrower fumbled the ball, with rerolls on the last two turns, handing the game to Damon's Orcs). 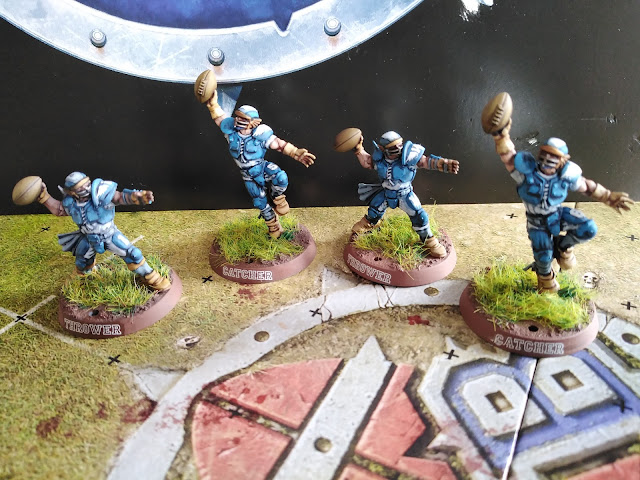 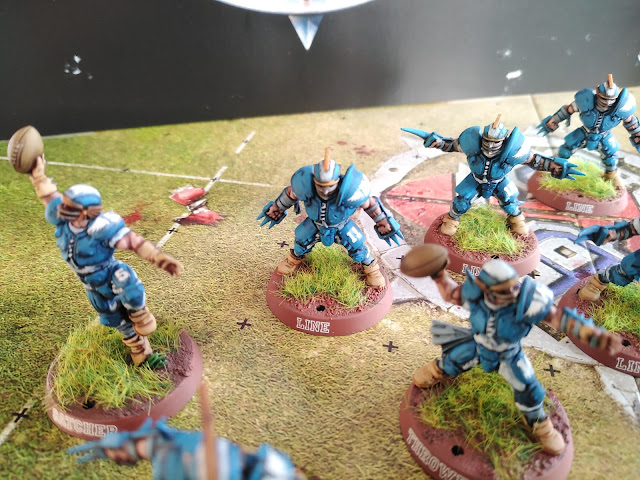 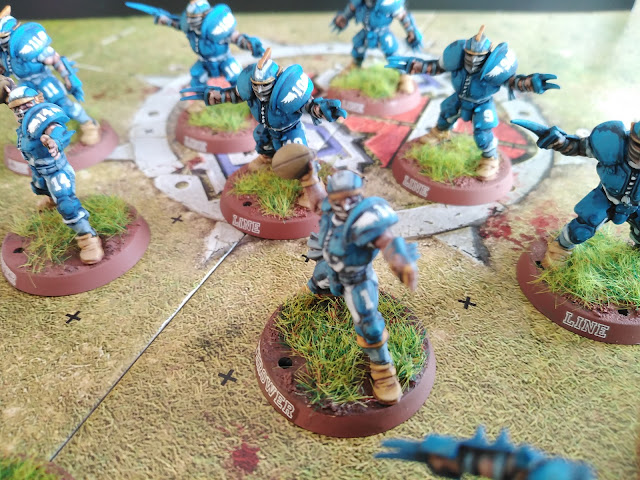 In the game, I only ever start with one Thrower as I prefer more inexpensive linemen to give defence and I find one does the job, even when receiving the ball. However, I always start with two Catchers, this gives me options down both flanks, with them playing out wide with a blocking team mate, to keep the nasties away. Catchers are also good at getting behind players with their speed and Dodge skills, assisting the Blitzers when they lay on the blocks to bashy teams.