In my last post I jumped straight into the Prefecture of Ryu faction with the mighty Mizuchi which you can see here. You would reasonably expect to see more of the Prefecture miniatures coming off da Gobbo’s production line and that's all coming but I still have the odd Temple of Ro-Kan figure that needs to be finished off following my Salute splurge (and a recent post Salute order to Wayland Games when I had a weak moment….) in this case I could not resist the Kitsune.

The Kitsune is from a branch of Yokai (supernatural being) and looks like a fox, the female unlike the male is able to transition between full fox form and human(ish). Here's what I found out about them.

Kitsune (狐, キツネ?, is the Japanese word for fox. Foxes are a common subject of Japanese folklore; in English, kitsune refers to them in this context. Stories depict them as intelligent beings and as possessing magical abilities that increase with their age and wisdom. According to Yōkai folklore, all foxes have the ability to shape shift into men or women. While some folktales speak of kitsune employing this ability to trick others—as foxes in folklore often do—other stories portray them as faithful guardians, friends, lovers, and wives.


Foxes and human beings lived close together in ancient Japan; this companionship gave rise to legends about the creatures. Kitsune have become closely associated with Inari, a Shinto kami or spirit, and serve as its messengers. This role has reinforced the fox's supernatural significance. The more tails a kitsune has—they may have as many as nine—the older, wiser, and more powerful it is. Because of their potential power and influence, some people make offerings to them as to a deity.
Here is the blurb from the GCT studio website.

The Kitsune has broken from the ranks of her people by allying herself with the Temple's cause. Her mobility on the battlefield greatly improves the Temple's ability to meet their objectives. 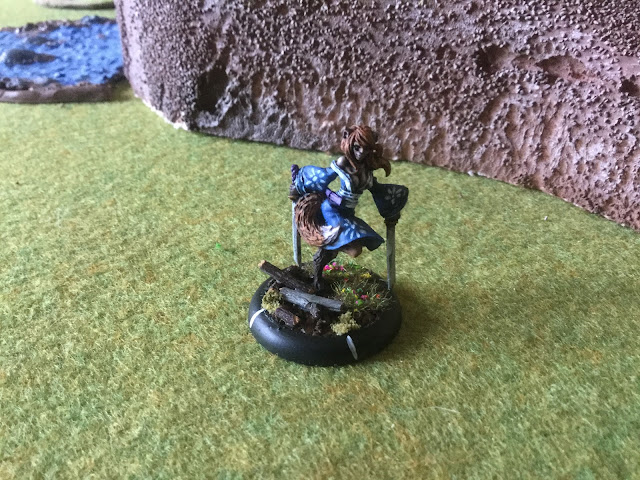 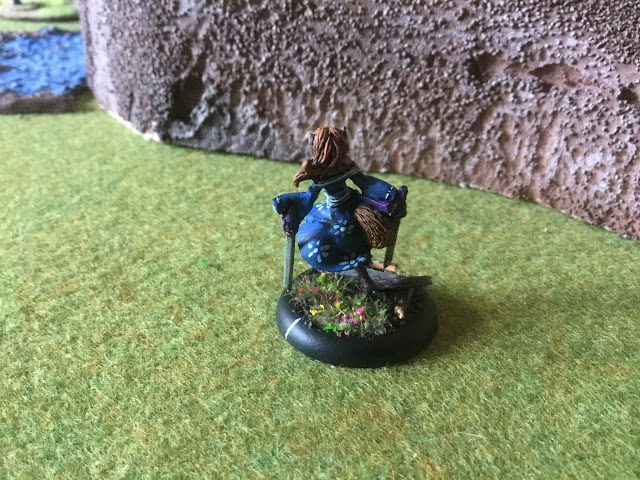 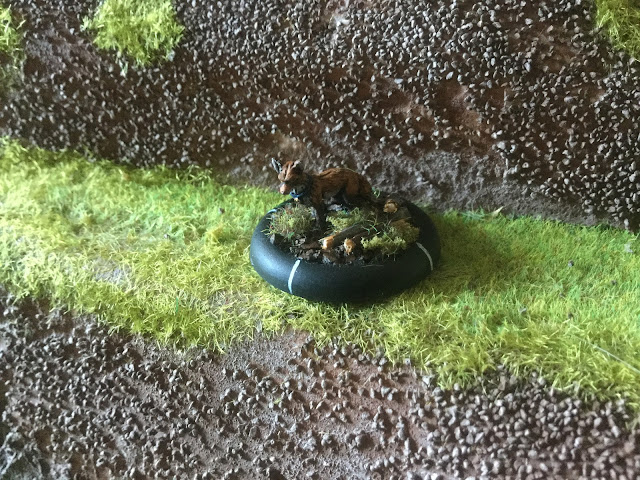 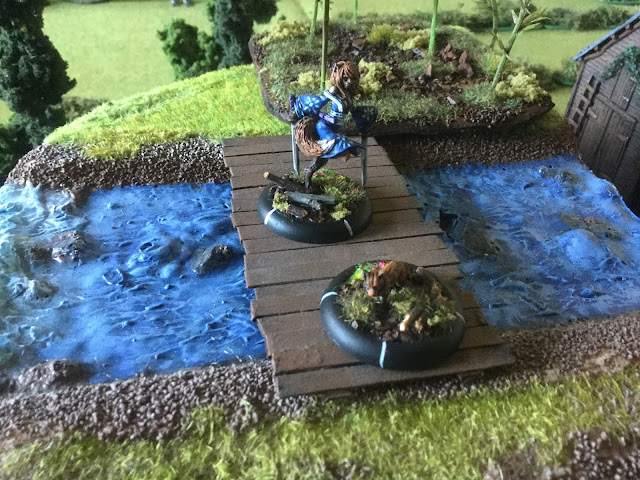 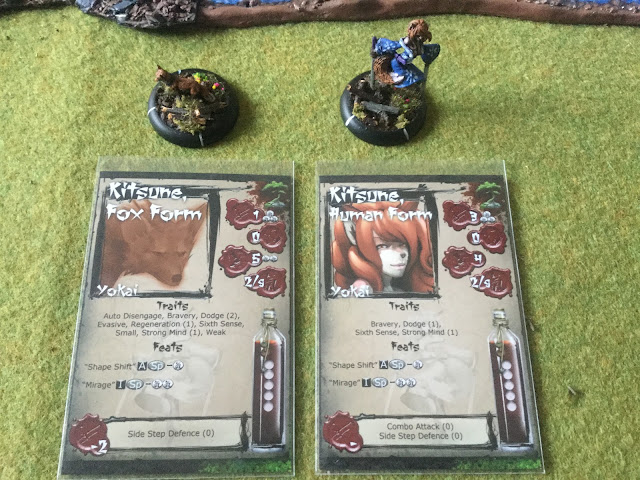 I tried to paint the Kitsune in a similar style to the studio version, like Kyuubi she has orange fur so I didn't want to paint orange clothing to tie her into my Temple faction colour scheme. The dress was GW Mordian Blue shaded and highlighted appropriately and an attempt at a pattern which may have been a bit ambitious for my limited skill set, on the pro painted version the flowers are a lot smaller and there are more of them (it also looks amazing!) but I gave it a go and I'm reasonably happy with the end result. The fox is a tiny model, although well sculpted and was nice and simple with me trying to keep the paint as natural looking as I can.

In the game the Kitsune is quick and will be used to capture easy objectives that are not or only lightly defended. She will need to be supported and won't be expected to hold on too long before slipping away to regenerate any damage taken. She also has sixth sense and can be used to break up camouflaged characters.