This will be the last of the Rising Sun posts as I have finished painting the pieces that I'm going to for now.  There are all of the factions if I want to, but it's unlikely as it would get quite difficult to differentiate the minis on the board.

The last expansion that I bought for the game was "Kami Unleashed".  This expansion brought the until now reclusive kami out of the temple and onto the board, making them more interactive and offering up yet another tactical decision (and imho increasing their use).  There are 7 different Kami in the game and only four, randomly chosen at the beginning of the game, are used in any one game.

I'm gonna do my usual trick of posting a little blur from Wiki for those who are interested...


Kami (Japanese: 神, [kaꜜmi]) are the spirits or phenomena that are worshipped in the religion of Shinto. They can be elements of the landscape, forces of nature, as well as beings and the qualities that these beings express; they can also be the spirits of venerated dead persons. Many kami are considered the ancient ancestors of entire clans (some ancestors became kami upon their death if they were able to embody the values and virtues of kami in life). Traditionally, great or sensational leaders like the Emperor could be or became kami.[1][page needed]
In Shinto, kami are not separate from nature, but are of nature, possessing positive and negative, and good and evil characteristics. They are manifestations of musubi (結び),[2] the interconnecting energy of the universe, and are considered exemplary of what humanity should strive towards. Kami are believed to be "hidden" from this world, and inhabit a complementary existence that mirrors our own: shinkai (神界, "the world of the kami").[3]:22 To be in harmony with the awe-inspiring aspects of nature is to be conscious of kannagara no michi (随神の道 or 惟神の道, "the way of the kami").[2]
Though the word kami is translated multiple ways into English, no one English word expresses its full meaning. The ambiguity of the meaning of kami is necessary, as it conveys the ambiguous nature of kami themselves.

So first up is Hachiman 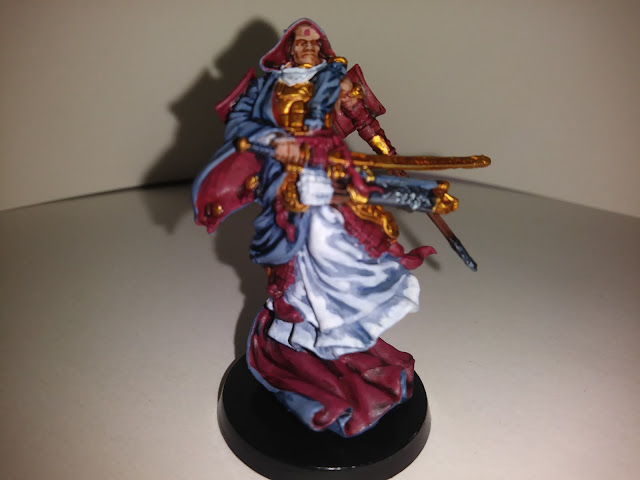 Hachiman (八幡神) Also known as Hachiman-shin or Yawata no Kami, he is the god of war and the divine protector of Japan and its people. Originally an agricultural deity, he later became the guardian of the Minamoto clan. His symbolic animal and messenger is the dove. 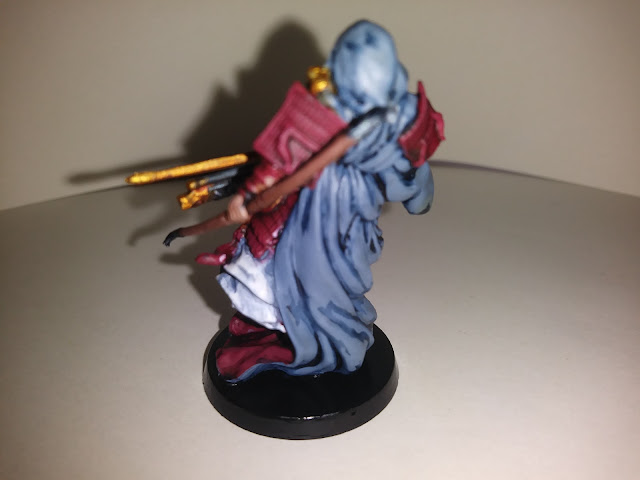 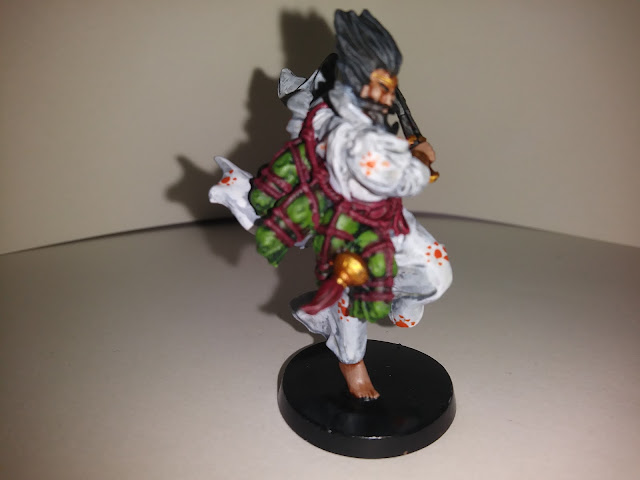 Susanoo-no-Mikoto (須佐之男尊) Alternately romanized as Susano-o, Susa-no-o, and Susanowo. Reportedly called "Futsushi". He is the god of storms as well as in some cases the god of the sea. He is also somewhat of a trickster god, as Japanese mythology extensively documents the "sibling rivalry" between him and Amaterasu. Susanoo also was responsible for the slaying of the monster Yamata no Orochi and the subsequent discovery of the sacred sword Kusanagi. 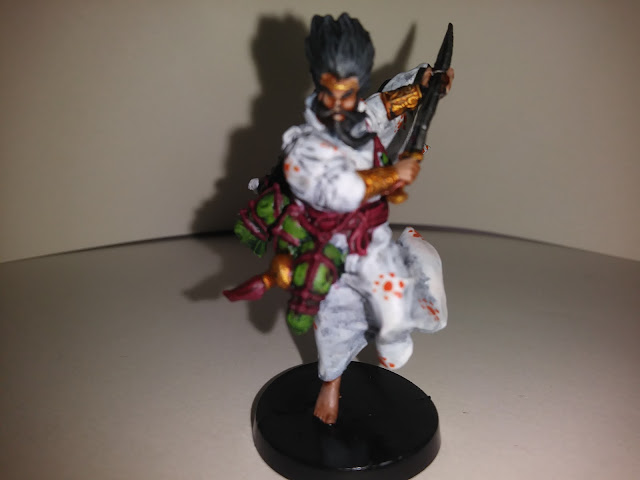 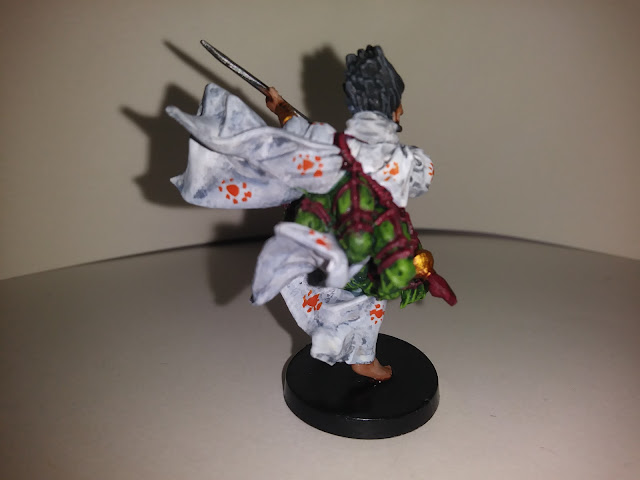 next, we have Tsukuyomi 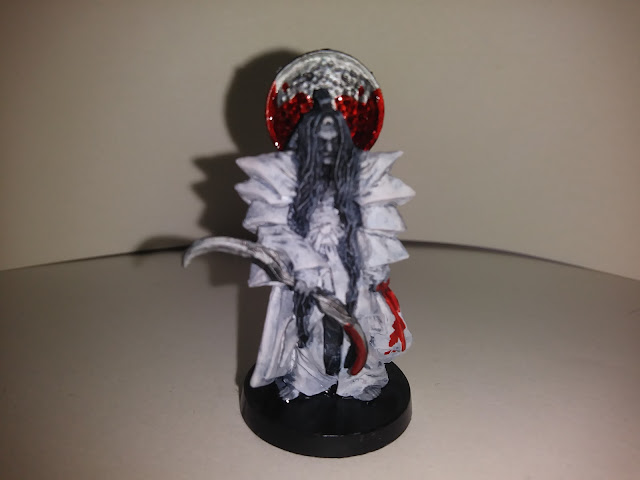 Tsukuyomi-no-Mikoto (月読の命 or 月夜見の尊) Also known as Tsukiyomi, Tsuki no Kami, Tsukiyomino Mikoto, and Tsukiyumi no Mikoto, he is the god of the moon. He killed the goddess of food, Uke Mochi, out of disgust and anger in the way she had prepared a meal. This caused Amaterasu to never face him again, causing the sun and moon to be in different parts of the sky. 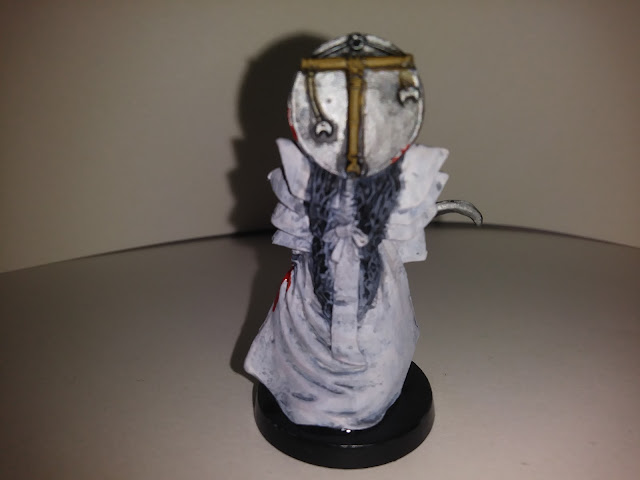 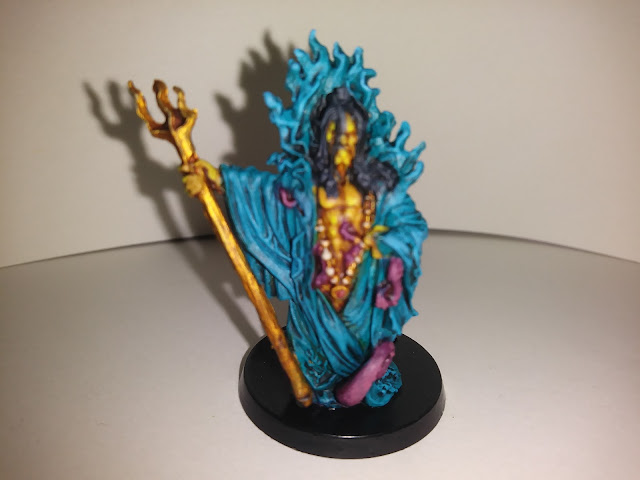 Ryūjin (龍神) Also known as Ōwatatsumi, he is a dragon, as well as god of the sea. He resides in Ryūgū-jō, his palace under the sea built out of red and white coral, from where he controls the tides with magical tide jewels. His great-grandson would become Emperor Jimmu. 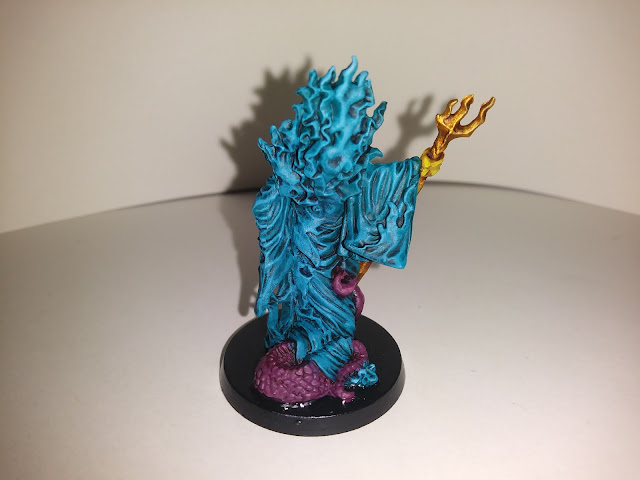 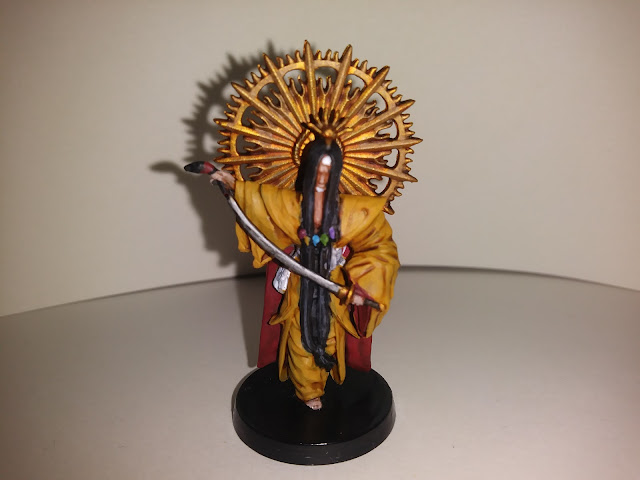 Amaterasu-Ō-Mi-Kami (天照大神 or 天照大御神) Commonly called Amaterasu, she is the goddess of the sun as well as the purported ancestress of the Imperial Household of Japan. Her full name means "Great Goddess" or "Great Spirit Who Shines in the Heavens"; she may also be referred to as Ōhiru-menomuchi-no-kami (大日孁貴神). For many reasons, one among them being her ties to the Imperial family, she is often considered (though not officially) to be the "primary god" of Shinto. 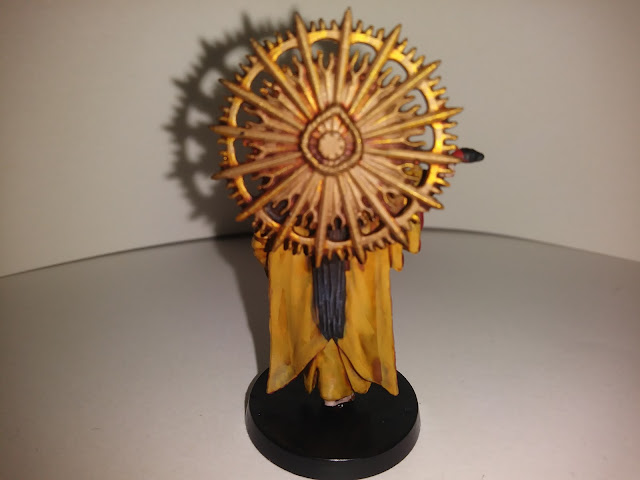 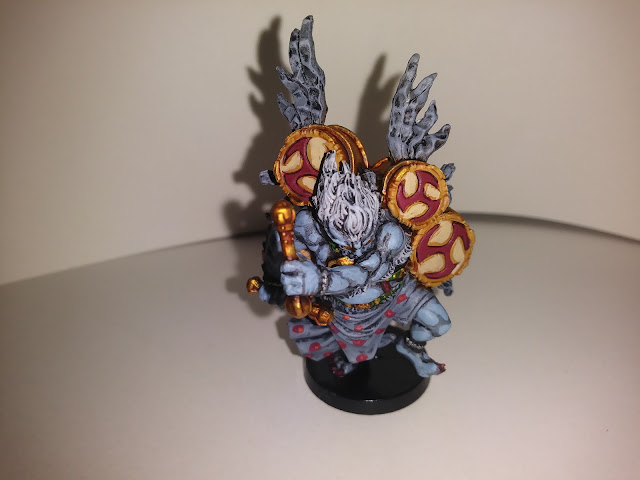 Raijin (雷神) Commonly called Raiden (雷電), he is the god of thunder and lightning, and is often paired with Fūjin. As with the latter, Raijin is usually depicted as an oni. 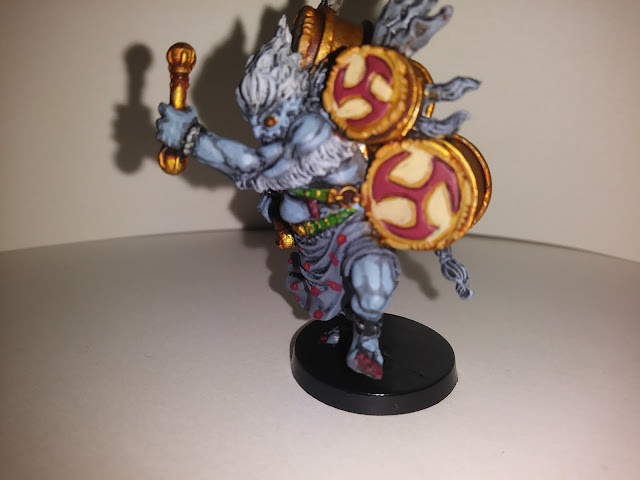 finally we have Fujin 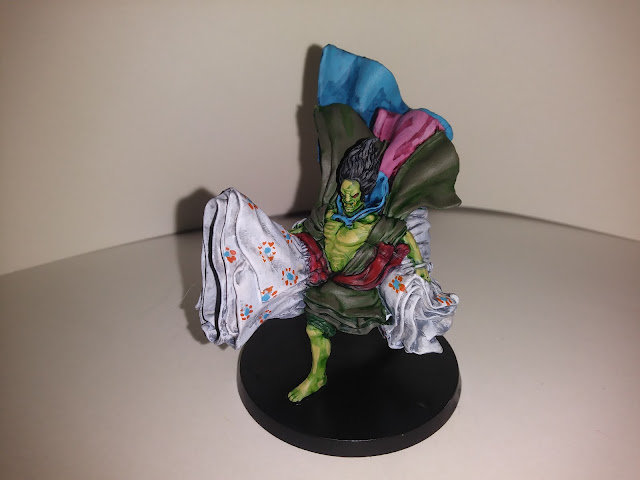 Fūjin (風神) Also known as Kami-no-Kaze, he is the Japanese god of the wind and one of the eldest Shinto gods, said to have been present at the creation of the world. He is often depicted as an oni with a bag slung over his back. 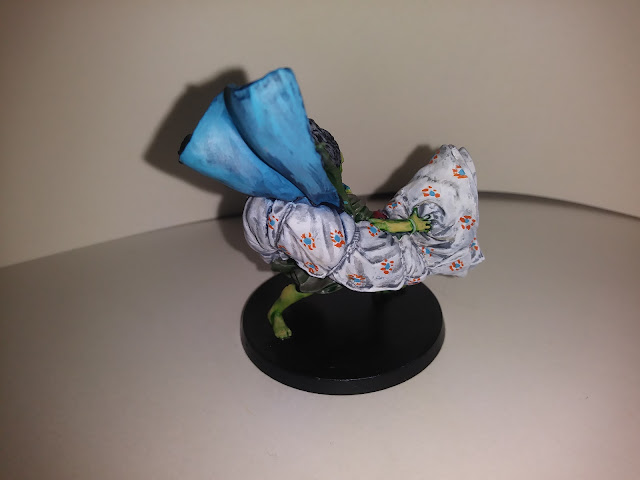 and the obligatory group shot.... 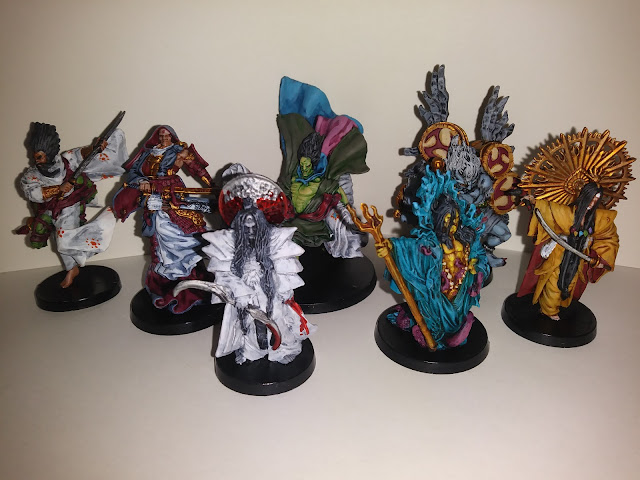 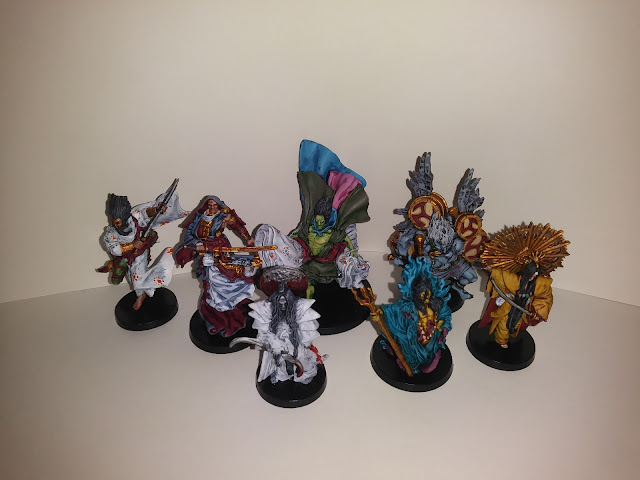 So that's the last of the Rising Sun figures, I've literally no idea what pile of miniatures to begin whittling down, so next week will be anybody's guess. 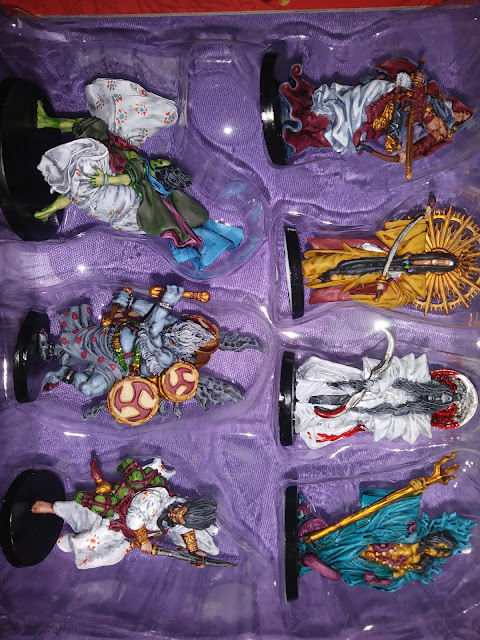