The next installment from Chris "Naps" Thorne and his excellent Bolt Action project.

Well after a little taster with the 88mm Flak it's time to move onto the rest of the KG (see previous posts here and here) . I have now got ahead of where I wanted to be painting wise so we should now hopefully see a weekly update appearing in da grotto.......thank you Gobbo!

So first up the KG commander. In game terms I've taken him as a Veteran officer with one soldier  accompanying him as well as purchasing a medic as well. 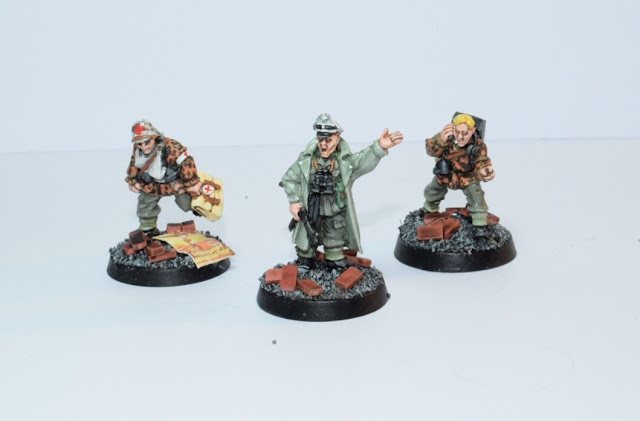 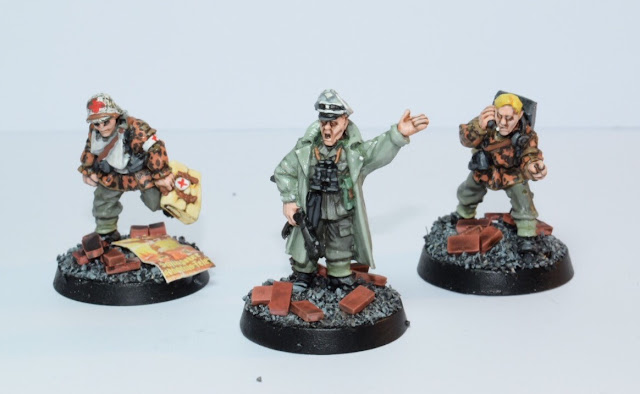 He represents SS-Sturmbannfuhrer Rudolf Ternedde. Originally a Battalion Commander in SS Panzer-Grenadier Regiment 24 "Danmark". Ternedde was appointed commander of the remnants of Nordland's two infantry regiments, 23 "Norge" and 24 "Danmark" on 25th April 1945 following the death of the Regiments previous commander, Obersturmfuhrer Petersen. Both amounted too little more than battalion strength by this stage and Ternedde would lead them in the final days of fighting in Berlin. Ternedde is believed to have led the breakout attempt on the 1st May of the remains of the Nordland Division. He survived the war the breakout passing away in 1999. 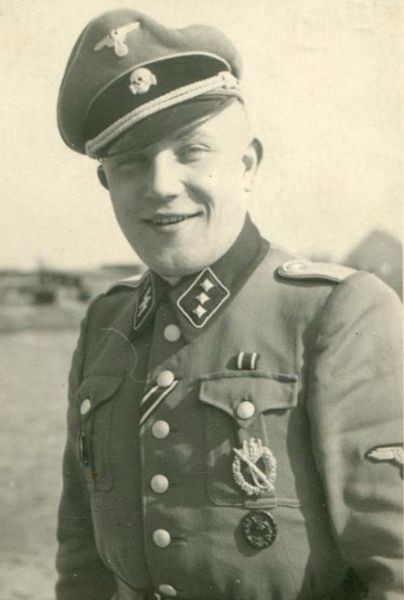 During his combat service from 1940 to wars end he had been awarded the Iron Cross 1st and 2nd Class, German Cross in Gold, Honour Roll Clasp of the Army, Close Combat Clasp in Gold for 50 days of close combat, Wound Badge in Gold for 5 or more wounds and the Infantry Assault Badge.

The figure are all by Warlord games. I was able to find a company making 28mm propaganda posters, so have added one on the medics base.....blowing in the wind. It's the first time I've painted German camouflage from this period. I've attempted to recreate the autumn Oak leaf pattern on the reversible SS camouflage smocks. I used a You Tube channel, Wargames, Soldiers and strategy for guidance on this ( thank you). The pattern is actually applied with a cocktail stick rather than a brush, a new method for me and actually worked really well.....I think.....well this is what it should look like.... 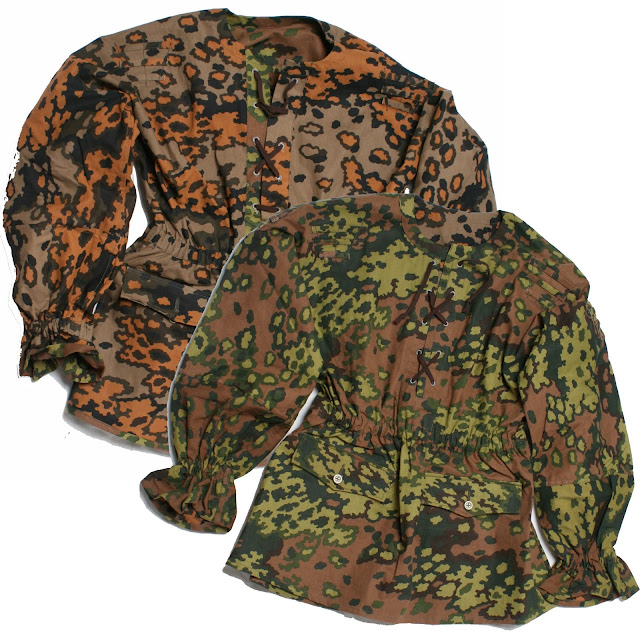 So before the next installment, I would be interested to know how much detail you want me to go into. Concentrate on painting or the historical side.......anyway let me know via da Grotto. Thanks to N4L for the photos and Gobbo for the time and space!!
thanks Naps!