I'm so excited about this post, but lets do this properly and in line with the way I've been presenting my Bushido miniatures in recent times.

Buzenbo is an awesome model both on and off the tabletop so I was determined to do my very best with his paintjob as I can see me using him in every game that the Tengu fight in.  Here is his official blurb...

The rarest and largest of the Tengu, the Kurama are the leaders of the Tengu people. Buzenbo like all of his caste is a formidable warrior with both sword and bow. Standing ten foot tall and with a wing span three times that, the Kurama are a majestic sight on the battlefield. Soaring down and scattering the enemy with a thunderous beat of muscled wing before unleashing volley after volley of steel tipped arrows the length of a man. Even the bravest will tremble at the screech heard shortly before the shadow of Fujin’s wrath falls upon them.

So usage of the "Big Man", firstly he is so quick with movement 5 and fly he is able to swiftly deploy and redeploy bringing that huge bow to bear where it is most needed.  Talking about the bow with an awesome range of 18" played an a 24" board there really is no where to hide, Buzenbo throws 3 dice in ranged and can boost that with Ki so has a good chance of hitting the target with a reasonably high success level, combined with +2 damage and ignoring armour - most targets are going to feel the pain. His Ki feat "Quick reload" means that he can launch a hail of steel at the critical moment.

He's no slouch in melee either, although he has an average 3 melee dice, he can boost that with Ki to a max of 6.  With "fear (4)" there is a good chance that his opponent will lose a dice in melee and "Martial Prowess" he'll be rerolling missed attack or defence dice.  Armour (3) and a long health track means he's gonna stay in the fight for a while.  If it looks like he's in trouble he can always use his Ki feat "Wing Buffet" to clear the way.

At 13 rice he's so expensive but totally worth it and will fulfill whatever role he's given. So to the painting....

So the official paint scheme is to portray Buzenbo as a Bald Eagle, which is a magnificent bird BUT it is an American bird, I wanted a Asian eagle so went with the most awesome eagle (in my opinion) - the Golden Eagle. 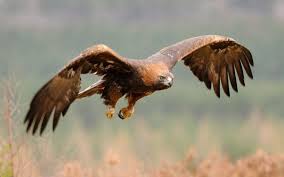 So the palette had to be mostly browns with yellows.  My faction colours are already yellow and black so it will be quite a limited palate, but I prefer that anyway. 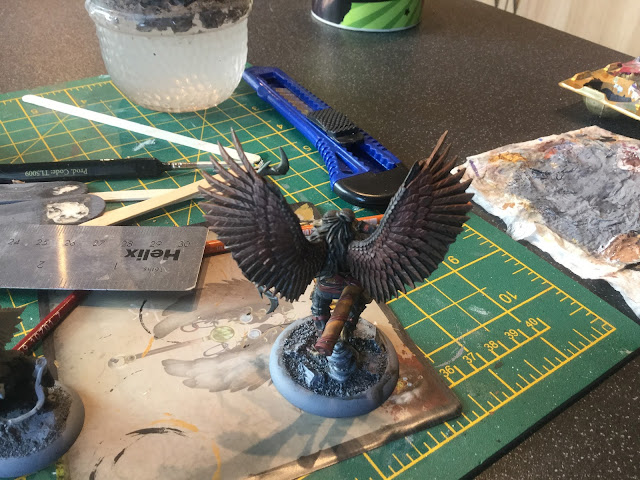 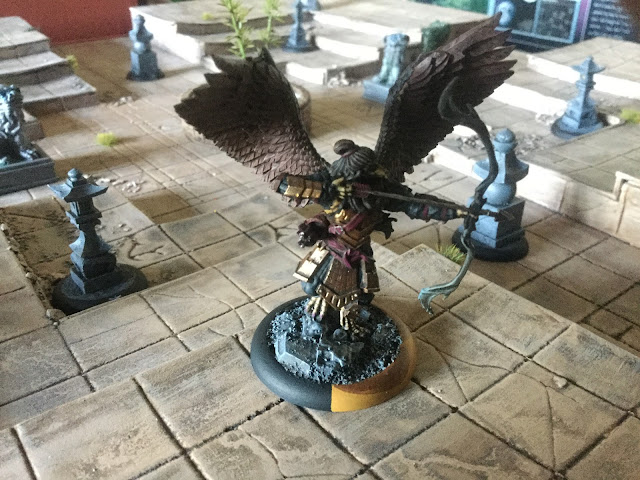 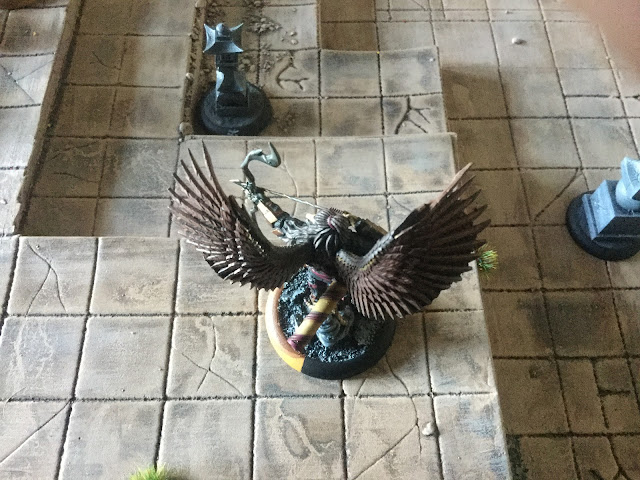 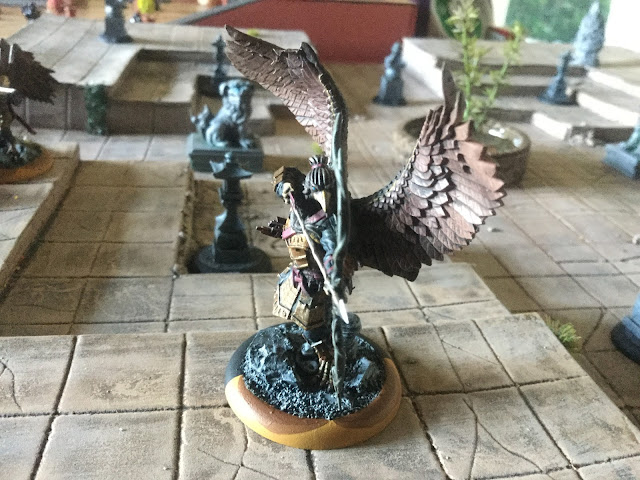 just to give you a sense of how big this model is, I thought I would line him up against some of the other birds.  From left to right we have Zenkibo - sezume caste (smaller sized tengu), next up is Kotenbo - a Haiatake caste (medium sized Tengu) and finally Buzenbo - a Kurama caste 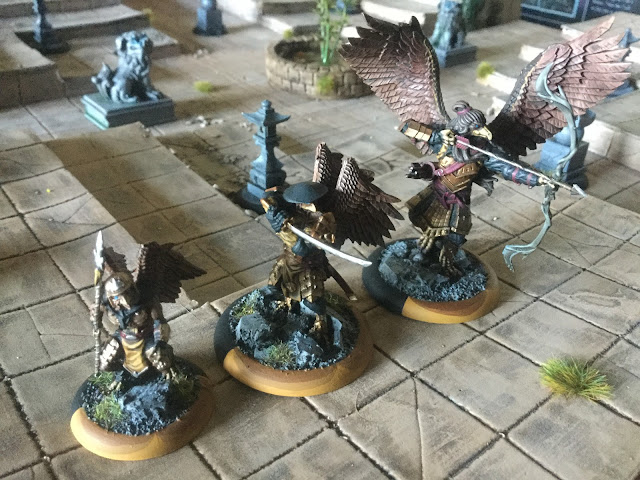 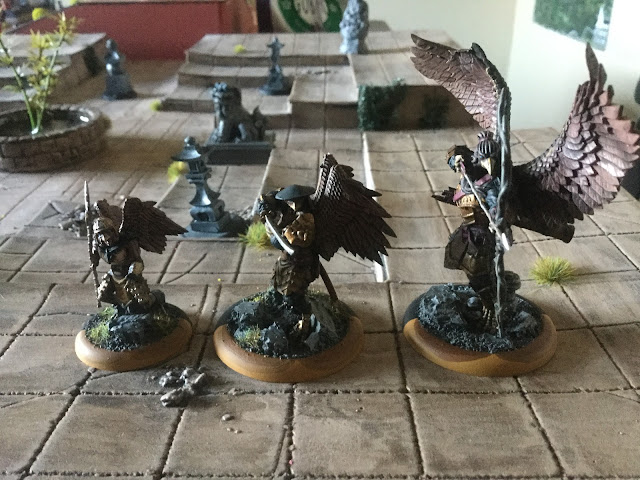 He is magnificent and by far my favourite sculpt in an outstanding range of figures.