Firstly, I've just checked my ego-ometer and realised my blog has viewed over 20,000 times! Bloody hell! Now I realise half of those are probably me but still. Thanks guys hope the blog is still hitting the mark for at least another 20,000.


So a little break from the now regular Bushido posting, no the enthusiasm hasn't diminished, not even a little bit but I've just run out of models and the drying times on my latest board are considerable.  Because of this I'm able to paint up some of the other minis that have been sitting in the queue way, way longer than they deserve and I'm starting with "Alicia". 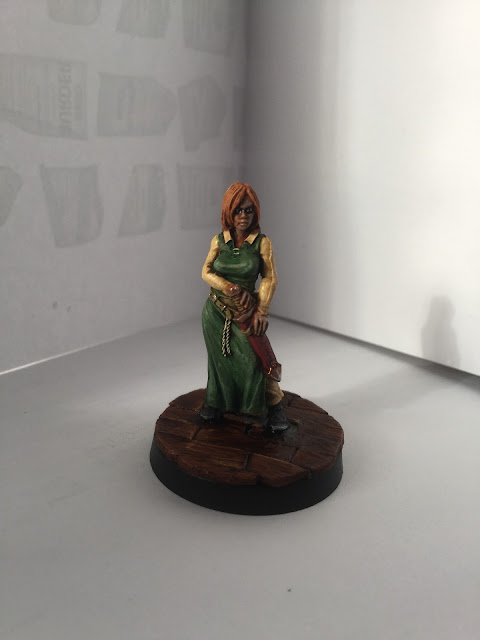 I got Alicia at Salute back in April, she's from the Hasslefree Miniatures range of Fantasy humans sculpted by the amazing Kev White. I spent a great deal of time at the Hasslefree stand, perusing the gorgeous minis, some painted, others just in a black wash to show off their deliciousness. Alicia was one of three models that I chose, not for any real purpose or because I had a faction that needed bulking out but simply because she is an amazing sculpt. Not a truly complicated mini but wonderfully posed and imho full of character. I have no real plans for her gaming-wise, she'll fit into loads of different genres from a villager in medieval settings, to a dungeon crawling rogue, to an assassin, to a cosplaying zombie apocalypse survivor! I'm gonna use her as much as I can. The hsf site have this to say about her....

"Alicia is a semi-retired adventurer. Now living peacefully with her family in a small village, she still refuses to travel anywhere withotu a trusty shortsword at her side. Some lessons stay learned."

"Alicia is one of our 'multipurpose' figures. Useable as anything from an average villager who happens to be armed to a merchant to an understated adventurer!" 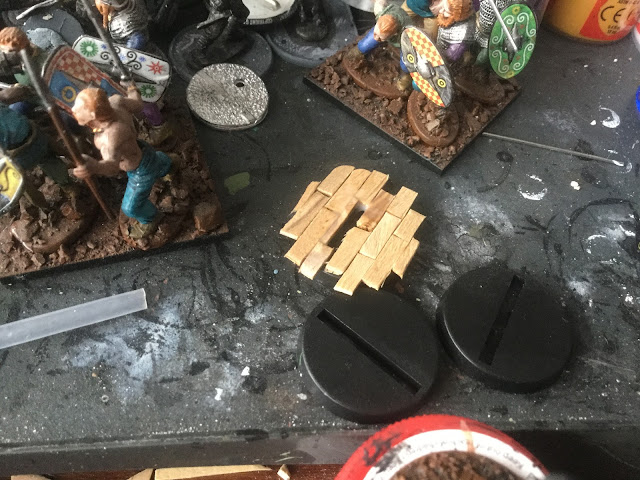 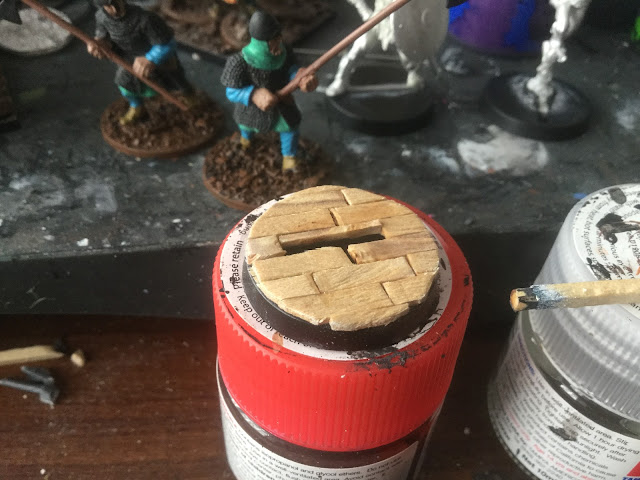 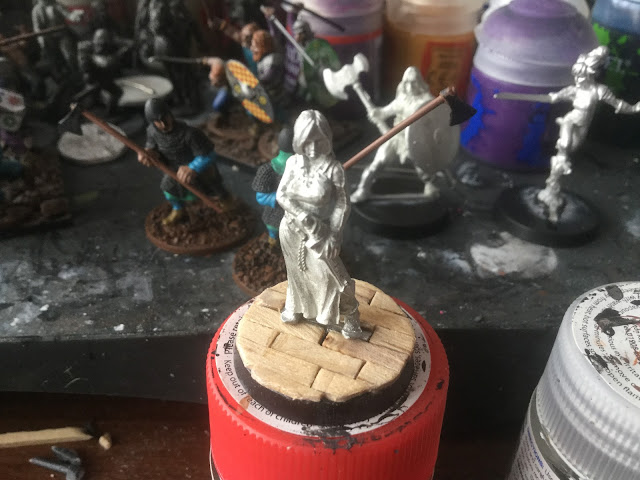 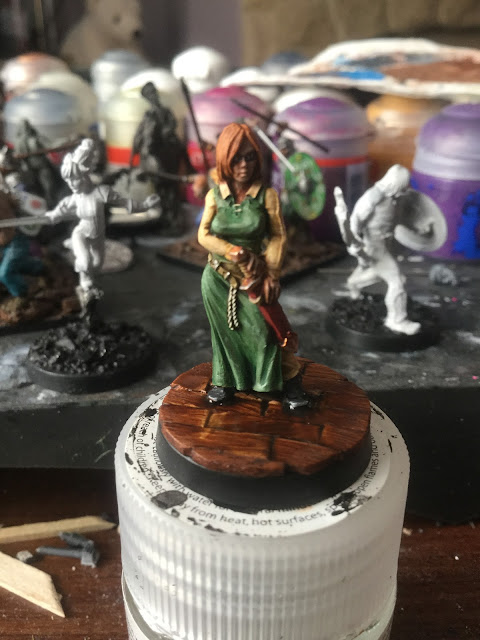 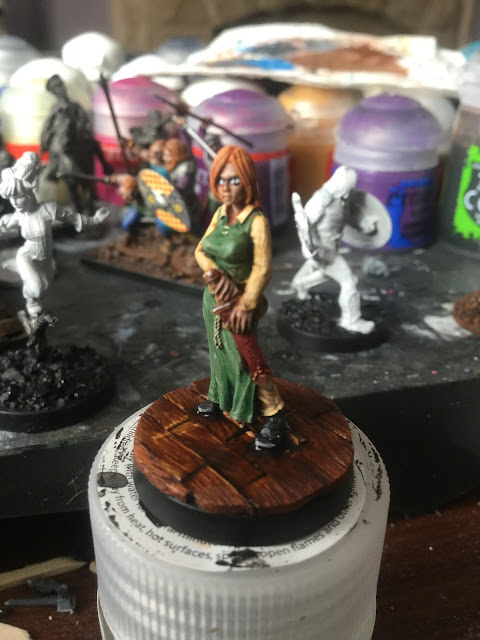 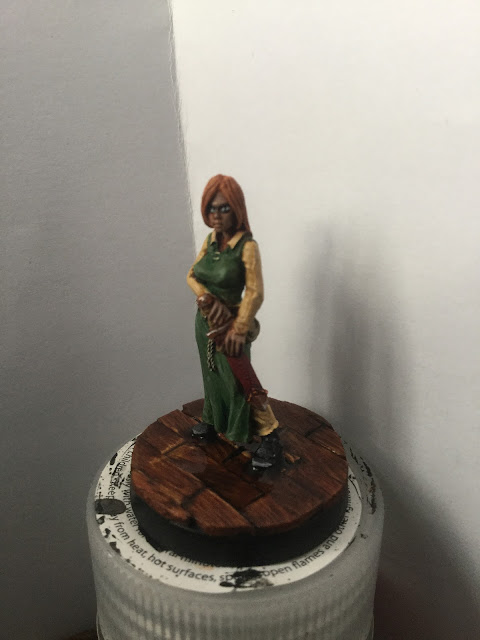 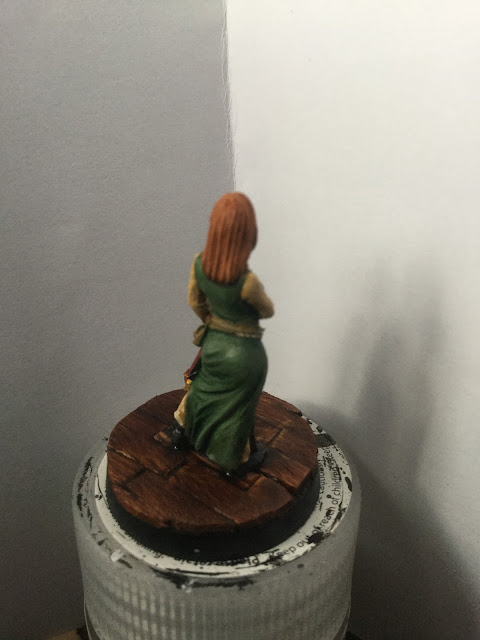 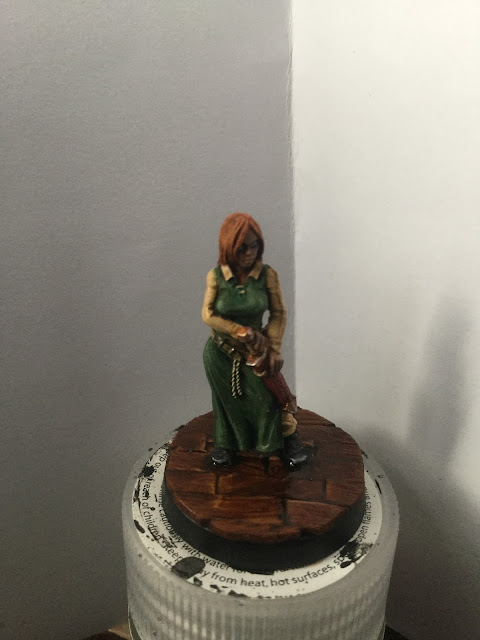 Paint wise, I kept as much to the websites colour scheme as it suited her down to the ground, natural dyes for homespun clothing and fiery red hair to match her personality! The yellow sleeves and leggings were a mix of Vallejo "khaki grey" and "Iraqi sand" and lots of white. The green dress was GWs "Knarloc green". The base I'm particularly pleased with as I used coffee stirrers to make series of small planks then glued them directly on the base when it was dry I trimmed of the excess and sanded down the "planks"  I then stained the boards firstly with GW "Reikland Flesh" wash, then 2 coats of GW "Seriphim Sepia" and finally 2 thin washes of "Agrax Earthshade" 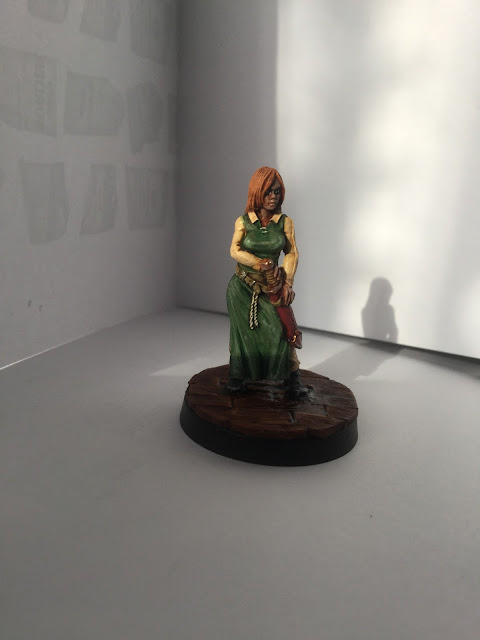 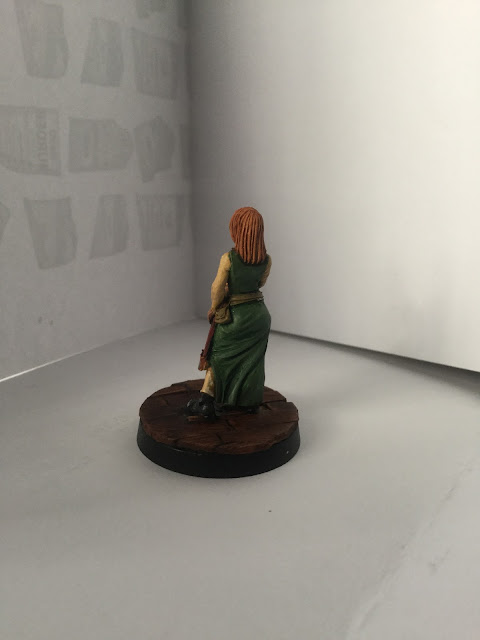 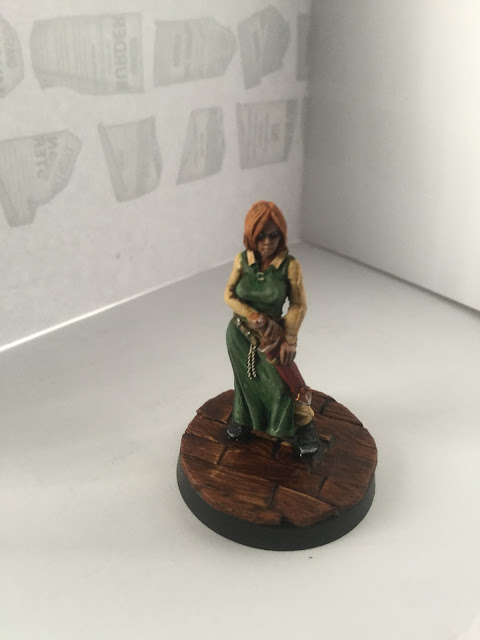