Carrying on with my TWD project which had started to gather some momentum in the Grotto, but must come to a temporary halt due to university commitments. But who to do next? well it had to be one of my favourite characters in TWD, the katana wielding Michonne!

Michonne's backstory is slightly different in the comics to the TV show, in which she appears at the end of season 2 as a mysterious wanderer who saves the life of Andrea - part of Rick's group who got separated from them following a zombie attack.  Using two mutilated zombies (her former boyfriend and his best friend) as a mask from being attacked by other zeds as well as loading them with supplies and using them as mules, she has moved around a great deal before coming into contact with Rick's group via Andrea.  Suffering from the trauma of losing her son and lover in the apocalypse has meant that Michonne preferred to keep to herself or with Andrea rather than joining the main group until later on. 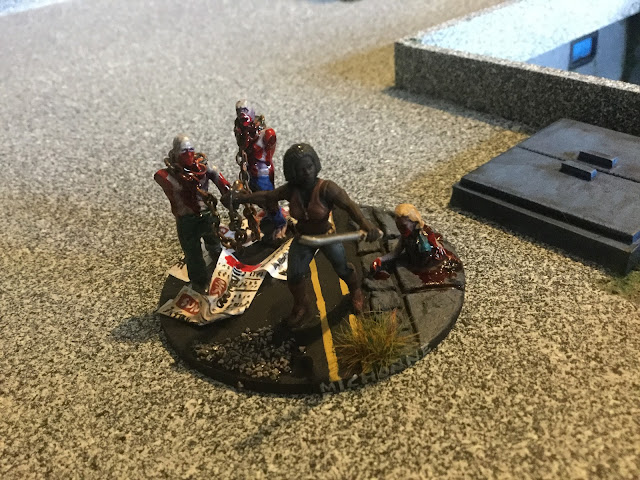 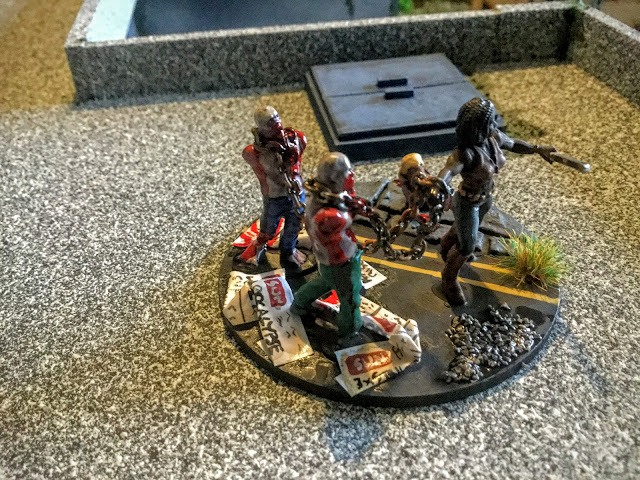 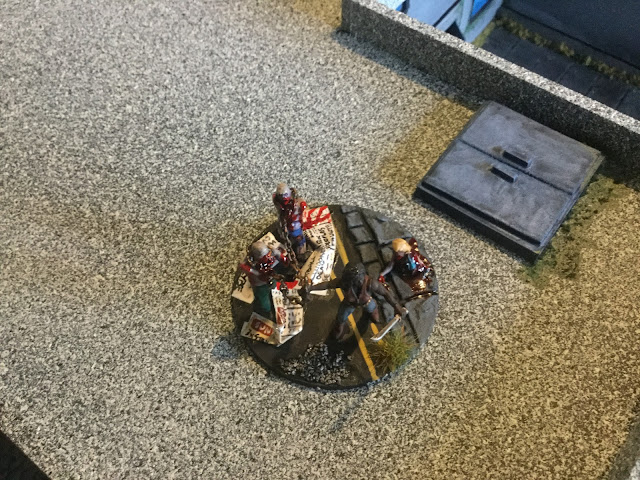 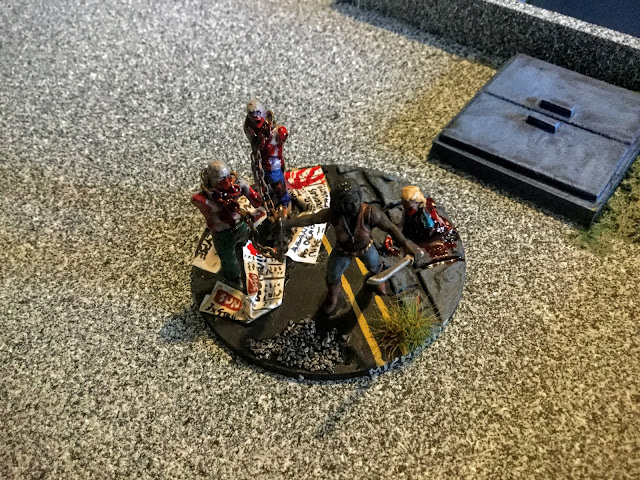 ok so how did I do her.  First I made up the obligatory WGF plastic female survivor, the have a number of heads and one particular head fits the bill almost perfectly (just needs a bandana, which i didn't do, wish i had now though...) arming her with the biggest blade on the sprue, it's a shame it's not a katana but needs must when you are living within your means lol. I wanted Michonne to come with her trademark chained zeds so I then mounted her on a 60mm round mdf base I had left over from my Bolt Action crews, I added a polyfilla cerb and path as well as female zed that has been sliced and diced.   The zeds themselves were from the male zombies boxset from WGF and I just either did not add arms or chopped off arms at the elbow!  Mrs Gobbo had a broken necklace that I used as a chain to shackle them to Michonne, it just needed rusting up using citadel "rust".  Michonne was painted using citadel Mournfang brown and black mix for her skin and hair, washed in brown for the skin and black ink for the hair. Her leather vest was painted Vallejo Saddle Brown and the pants were Citadel administratum.  To round off the base and to cover the integrated bases of the zeds I hand painted some newspapers as street litter.  The headlines are quite shocking "Apocalypse" and "NHS sold to Big Pharma" says the Sun, "It's Poor People's Fault" screams the Daily Mail, with the sports pages filled with events being cancelled.....

this is the last of my TWD posts for now, however if there are fave characters that i've missed then let me know who they are and i'll have a go!