A little bonus post before tomorrow's regularly scheduled one, just cos it's a bank holiday.

To continue my TWD posts I give you Sasha and Gabriel. Now before people kick off i know that it should be Sasha and Tyreese or Sasha and (potentially) Abraham but I wanted characters to fit the games I play and ones that I can source frugally i.e within my already massive collection.  Using WGF models I have made several different TWD stars and now I needed some snipers.

Gabriel is a deeply religious, generally well meaning but also severely traumatized man. He is shown to have had extreme difficulty adapting to the nature of the post-apocalyptic world and instead retained his old ways and Christian faith.
Gabriel was initially shown to be a coward as instead of helping members of his congregation by giving them shelter in his church he refused to let them in (possibly out of fear), resulting in them being devoured alive by the walkers. This event has had a lasting effect on Gabriel and he is extremely damaged and remorseful as a result of it. He believes himself to be a bad person, smitten by God, initially even believing that Rick Grimes' group was sent to punish him.
When he meets Rick's group, Gabriel begins to see the reality of the new world, but remains in disbelief of certain attributes such as that cold blooded murder and even killing of the walkers is a necessary means of survival. He still retains his religious faith even as a result of witnessing true horrors, and is one of the few members of Rick's group who still holds religious faith.
I chose Gabriel after putting together my civilian - Isiah with his bible and crucifix, however I wanted Gabriel to be armed with a bolt action rifle as it fills a need among my survivors for my ATZ games.  Gabriel has a shaven head in the TV series, which isn't on the sprue so I needed to sand down the hair from one of the heads before attaching it to the suited body.  This figure is also armed with an assault rifle which i had to snip off before gluing the BAR in its place. 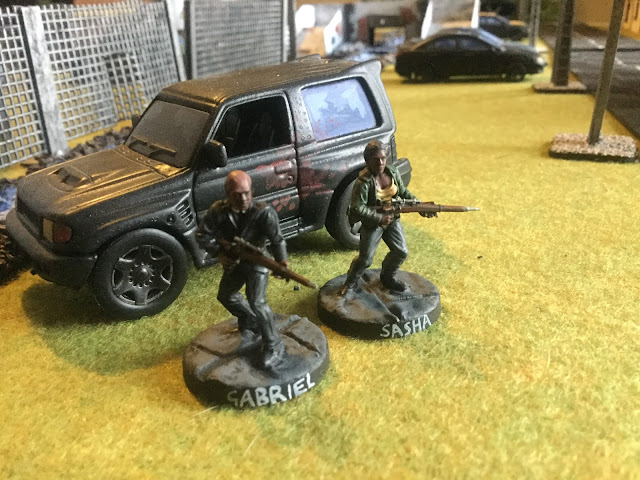 Sasha Williams was a former firefighter before the apocalypse, Sasha belonged to a small group led by elder brother Tyreese, trying to find a safe haven, and soon became one of the newcomers at the prison acting as a council member. After the downfall of the prison, she formed a relationship with fellow newcomer, Bob Stookey. After the deaths of Bob and Tyreese, she suffers from severe distress and trauma, resulting in isolating herself and refusing to invest in the community of Alexandria, believing its concept of trying to re-establish normal life to be false and an avoidance of the harsh reality of the apocalyptic world. Eventually, she comes to an acceptance of the community and wanting to live and thrive following her grief. She is currently the last surviving prison newcomer, and only known survivor of her family and previous group.
Sasha was a relatively straight up build from the WGF set except for a quick weapon change from assault rifle to BAR, again to fill a spot on my survivor roster. 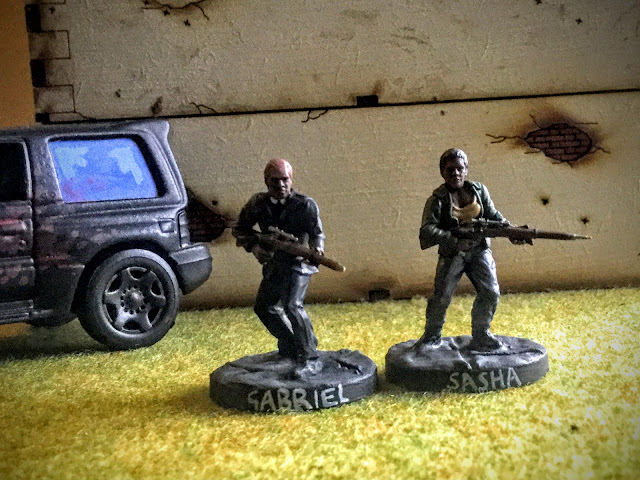