I thought I would show you some more of the terrain features I'm putting together in preparation for Bushido.  This time I've started to think about objectives for the various Factions to fight over.


The game is set in a Fantasy Fuedal Japan so I need some terrain with a Far-Eastern flavour to it. To start with then I thought I would do a Buddhist type shrine.  With this in mind I went onto eBay to see what could be found and I found this from an aquarium vendor. 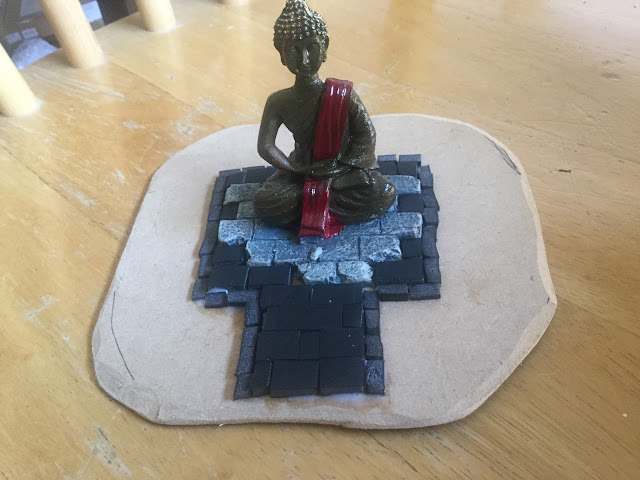 In the picture above you can see I have mounted it on a piece of mdf that I had over and I've used some black foamboard  and made up some paving slabs to produce a walkway, trying to match the stones that came with the statue.


When that was done I sprayed the whole thing matt black and repainted the statue gold but this time including the wrap so it looked more like a finished piece.  Drybrushing the slabs slate grey (thinking on it after I finished the piece, the slabs should have been a limestone colouring....d'Oh!) I also drybrushed the base with 'Vallejo' Saddle Brown.  I also started to think about what else I would need on the piece and the answer was votive candles.  To this end I sliced up a drinking straw, placing them on grease proof paper, I filled each piece with pva glue. When dried I used a hot glue gun to produce the body of the candle and the wick.  I then painted the straw silver, the candle white and the wick reds and yellows before adding some packing wool to represent smoke and voila.... 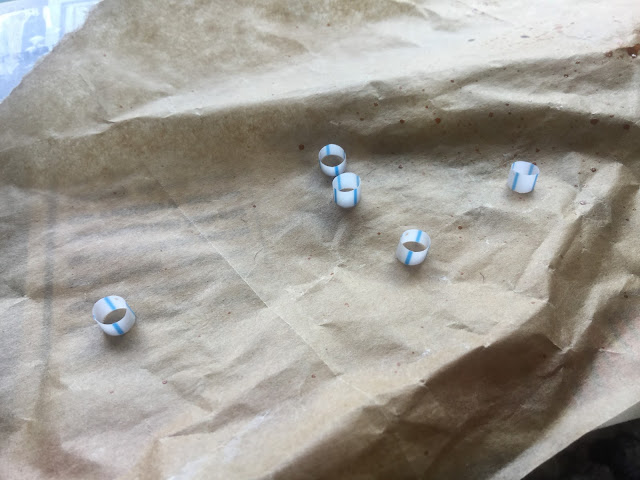 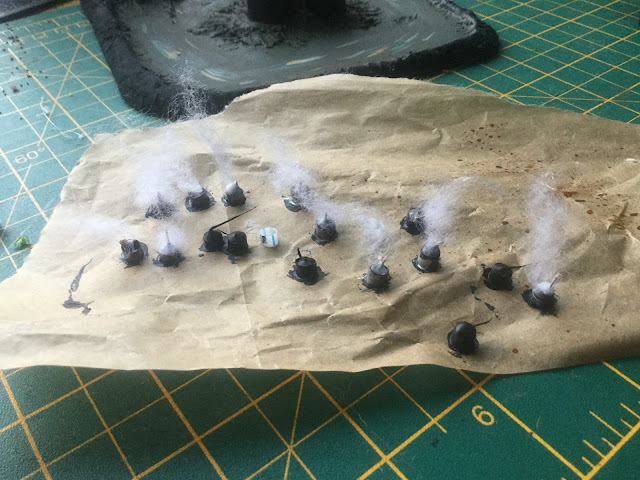 With that done I drilled holes in the mdf and added some bamboo and brightly coloured bushes along with some scatter and static grass and you have...... 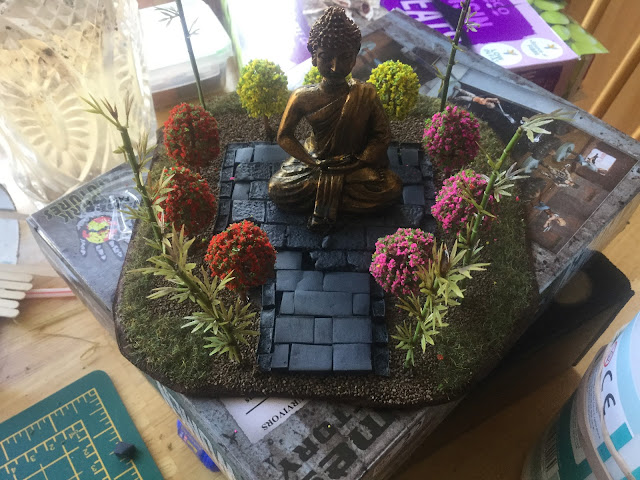 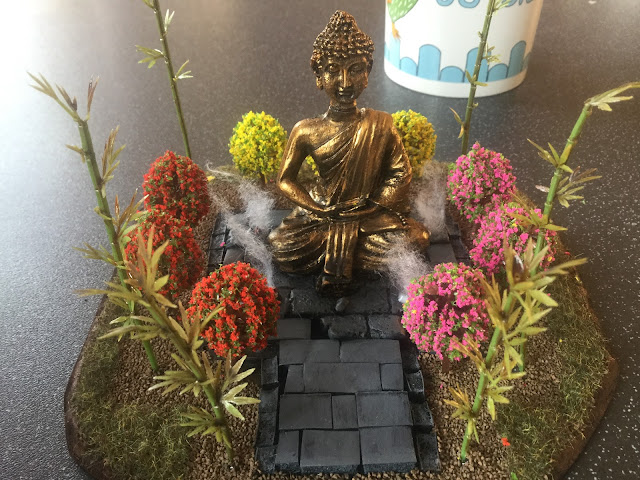 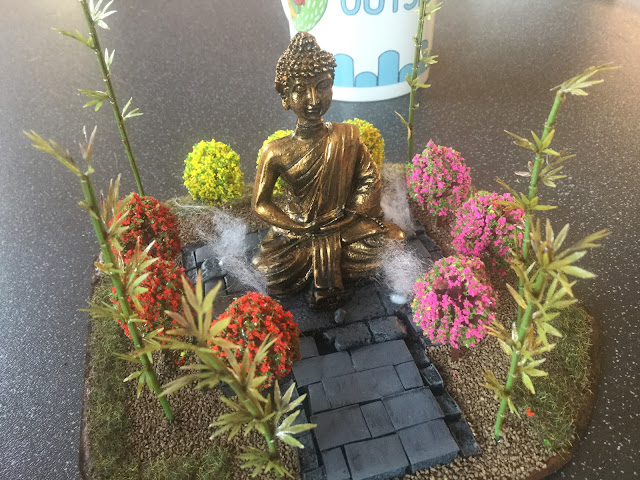 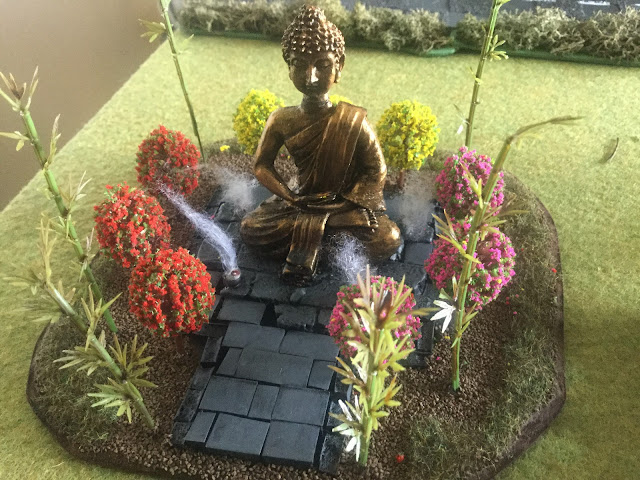