on to the next offering for my TWD project and here we have an unusual pairing. Before the apocalypse it would have been highly unlikely that Daryl the redneck biker misfit and stay at home mom Carol would have been moving in the same circles.  Now after all they have been through as a group the two have them have formed an unlikely bond.

Daryl is the younger brother of Merle - a bullish, racist and unsavory character who very quickly puts himself in opposition to Rick Grimes who as a cop represents his checkered history of crime and imprisonment.  Daryl on the other hand although superficially seems the same, shows loyalty to the group and becomes a trusted friend and capable tracker/fighter for them.  An interesting point of trivia is that the role of Daryl wasn't in the comic or in the original script for the TV series but was added after Norman Reedus, the actor who plays Daryl read for the part of Merle and blew the writers away. 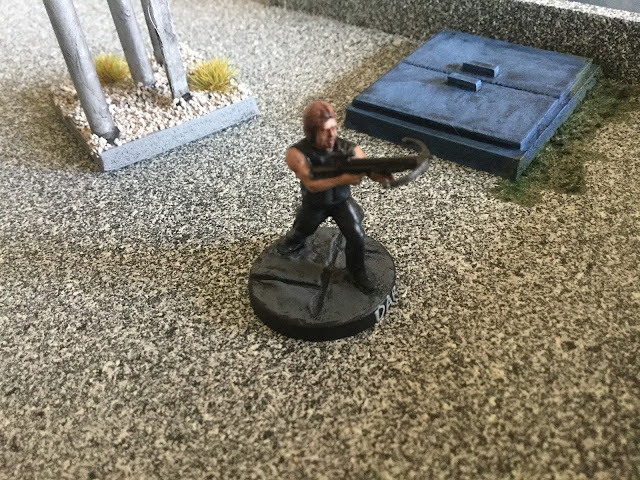 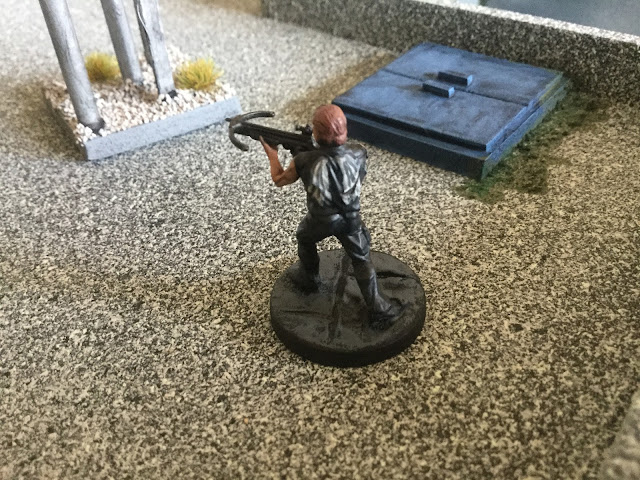 Daryl was a straight build from the WGF male survivor set with xbow arms from a different fig attached.  I also used the chubby guy's head as well as it has a goatee beard plus the slightly longer hair.  The paint job is simple as he tends to wear unrelieved black, but he does have a distinctive jacket back patch, which i have tried to recreate. 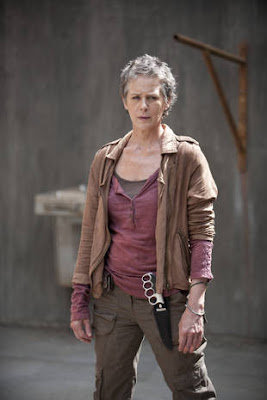 Carol evacuated her home with her abusive husband Ed and her daughter Sophia in hopes of a safe haven in Atlanta. Nearing their destination, she came into the company of Lori grimes and Shane Walsh, who had evacuated the city. The Peletiers then joined a camp of survivors. Following the deaths of her husband and daughter, Carol formed a close bond with fellow Atlanta camp survivors Lori and Daryl, and she became the adoptive mother to Lizzie and Mika Samuels after the death of their father, Ryan, and formed a close, but complex bond with Tyreese during the fall of the prison. 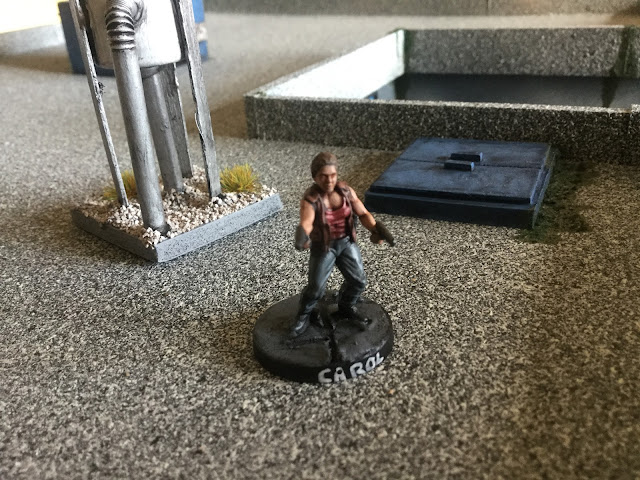 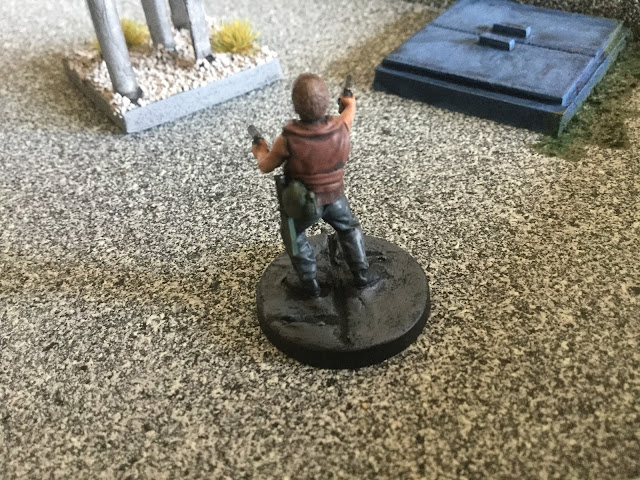 Carol, along with Michonne are my favourite characters in the TV series as they are just totally badass.  In the comics the apocalypse gets too much for Carol and she ends up become more and more neurotic eventually killing herself.  I made her up from the WGF female set and painted her up in her reds and browns.  As Carol goes further on in the apocalypse the more heavily armed she becomes, here she has dual pistols. I was thinking of adding either a shotgun, BA rifle or an assault rifle but decided not  to overload the model. 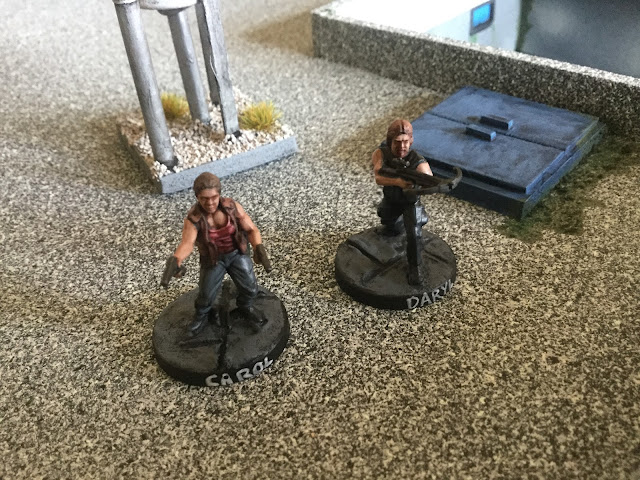