The mystery of the zombie virus - the AAR (finale)

"Nice one Daph!" exclaimed Fred as the pretty, former debutante cracked her Louisville Slugger off the skull of the zombie directly in front of her.  Still dressed to kill, Fred thought as he admired the way she changed grip on the bat and swung it into the temple of the other z that had faced off against her. Just like a pro-ball player aiming for a last home run, he thought,shaking his head in wonder at the change in the petite once privileged only daughter of wealthy parents.  Not a drop of blood seemed to touch her as she waded into the melee, it seemed even after the death of the known world she was still determined to maintain standards... 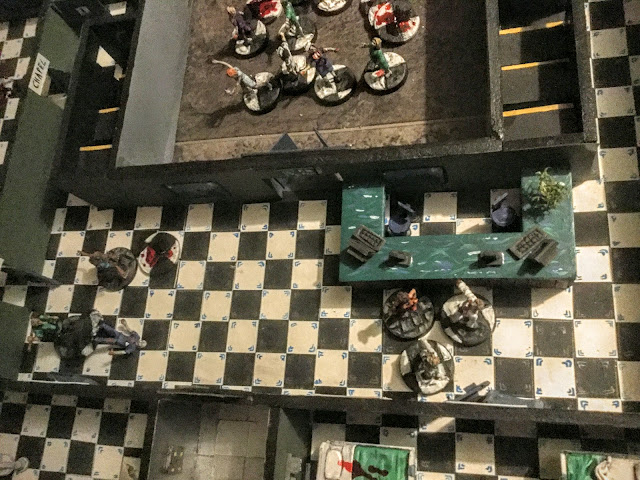 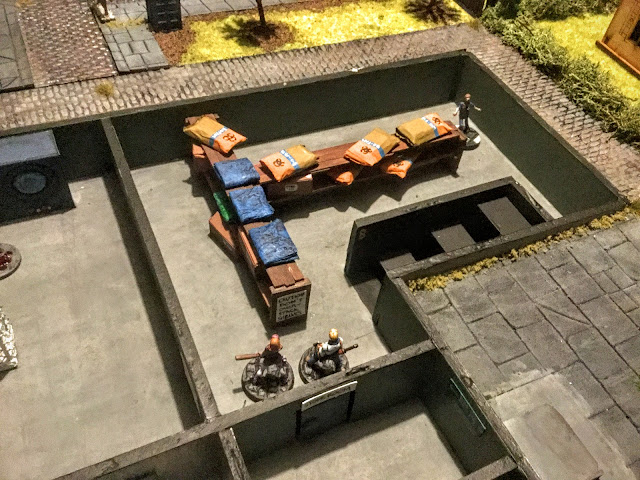 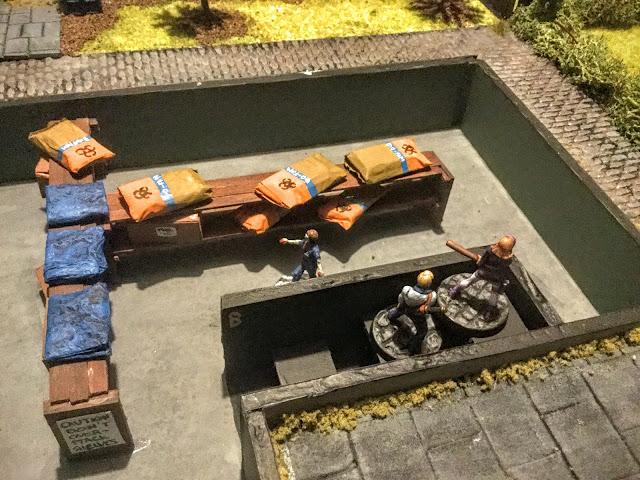 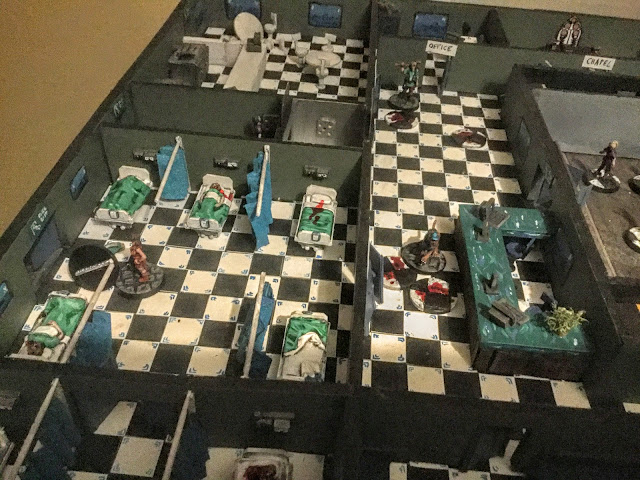 RING RING RING. The strident tones of the desk phone made Scooby-Doo nearly jump out of his skin.  His eyes practically rolled in their sockets as he tried to look in all directions to see if the noise had attracted unwarranted attention from the undead.  Scampering over to the reception desk, he bowled the receiver out of it's cradle with his nose in attempt to shut the cacophony up.

As the phone fell to the floor behind the desk he could see two shadows hiding under it.  With a low growl that rumbled in his massive chest he shifted his goggles to IR and could make out the shapes of two terrified, scantily clad young women, their fast gulping breaths confirming that the females were indeed alive.

"Good doggy, be a good doggy, please be a good doggy" pleaded the first girl, a lithe blonde, holding a long slender blade with no real conviction.  The second girl, a dark haired beauty of Asian descent stood up from behind the desk and reached out a shaky hand toward Scooby, the other similarly clutching a long knife, with another blade stuffed into her belt "It's ok pooch" she said with a stutter, obviously terrified. "we don't mean to hurt you"

Scooby snorted back a guffaw, these two couldn't hurt a fly was his guessing, still the helplessness of the two women ignited a feeling of protectiveness in him and he edged forward, losing the growl and replacing it with a more friendly (he hoped) sound.

"Ah Violet, see he's friendly" said the dark haired female as she crouched down by Scoob to give him a hug.  In a moment both girls were clinging to him as if he was their anchor in the sea of chaos around them. "we should stick with him Pi-Lee" added the blonde.

Scooby endured the hugging for a moment more before shrugging them off and stepping toward the main doors and safety....... 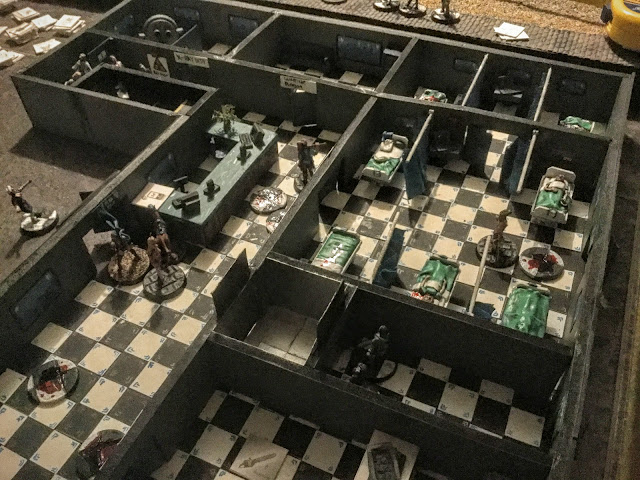 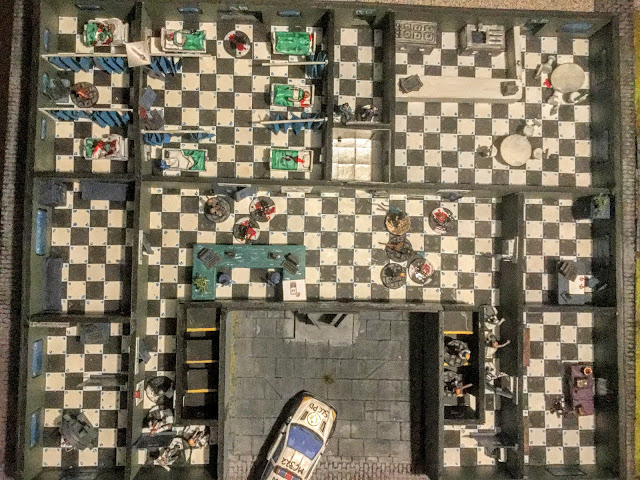 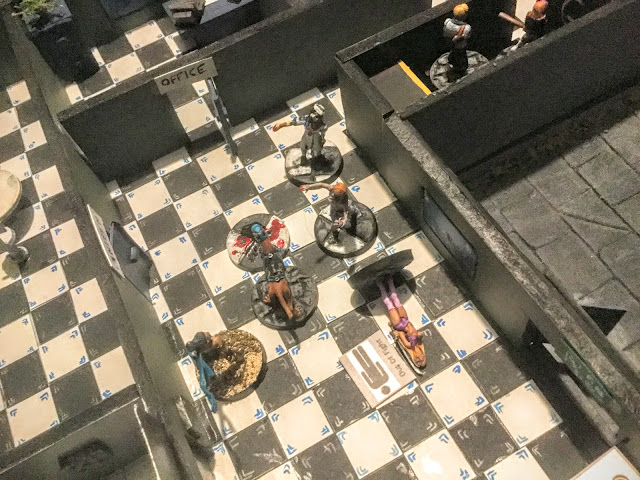 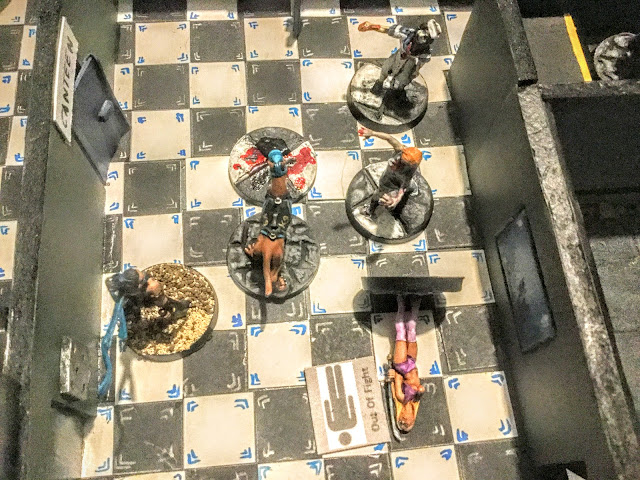 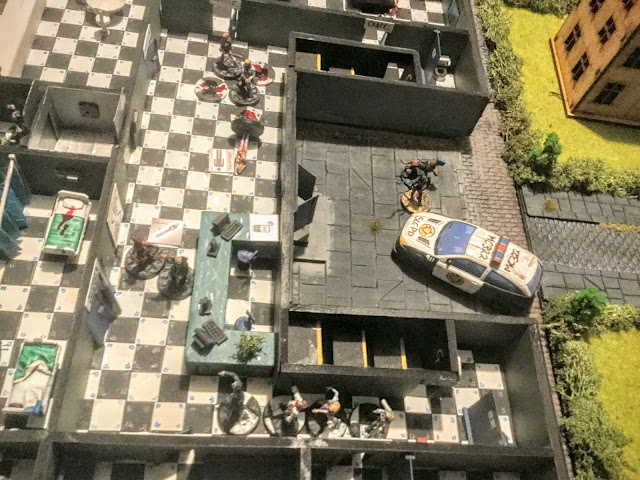 Velma, drawn to the flickering monitor of the resuscitation computer, quickly scanned the room for dead-heads.  Reaching for the keyboard, the chainsaw forgotten for a change, Velma accessed that logical part of her brain once more. Tentatively tapping a few keys, then faster, more confidently and faster still until her fingers blurred across the board.  Occasional mutters of "I see" or "uh huh, logical" could be heard punctuated by the crash of combat out in the halls.

After a few minutes, she cried "by Jinkies, I have it!" Looking around to make sure no-one was around to hear her embarrassing regression back to the old, naive Velma, she grabbed the hard drive out of the computer and picking up her saw, she headed back for the others.

Out in the hallway she was just in time to see Scooby-Doo rip out the throat of a zed as a pretty blonde girl was bundled to the floor by another zombie, while an Asian woman looked on in horror. Scoob let out a gut-wrenching howl of loss seeing the blonde fall that shook even V's battle hardened soul.  At that moment Fred and Daphne came around the corner and the big man drove the razor sharp blade of his katana through the back of the girl's assailant's head.  Velma watched as a somber Scooby-Doo gently take the clearly shaken female's hand in his jaws and walk her toward the exit.  Fred reached down and hefted the blonde over his broad shoulders before following the Great Dane.

"Come on Shaggy" the red head called out "I've just found what we needed" she added, showing him the hard drive before jogging for the main doors and out of the oppressive shadows of Jungville General.

That's all folks, I hope you enjoyed the inaugural AAR for my hospital project.  Please feel free to add comments both positive and negative.  I have a few of both for this game but i'd like to hear what you thought first.

thanks
Andy AKA dGG
Posted by Da Gobbo at 08:10