The mystery of the zombie virus - the AAR (part 2)

The apocalypse had certainly worked on Scooby Doo's brain, always a smart..ish dog (although he would be the first to admit that he was a bit cowardly...a bit....) since the fall he felt that his mind was beginning to process thoughts; organise and articulate them in a way he had never experienced. It was all a little disconcerting and he longed for the bygone days when he and Shaggy would just rock up to whatever mystery the guys were trying to solve and eat themselves silly.

But now Scooby was fuming, his tail had been trodden on by these nasty creatures - more than once! he was hungry, even the giant chicken costumed zed started to look more and more appetising. But these dead humans tasted foul. "Hehe" he chuckled to himself - foul, chicken, chicken, fowl - "hehehehe" he started to feel more like his old self, the kindly, jovial dog before the apocalypse. Then the awful smell of rotting flesh assaulted his sensitive nose again and another set of rancid fingernails scraped down the side of the body armour he was wearing. He was thankful that Shaggy and the others had thought to take the battle harness they had found on a poor police K9 unit and fitted it to him (with some adjustment) it had certainly saved his hide on more than one occasion.  With a snap of his sharp teeth he grabbed hold of the leg of the zombie who had just stood up and pulled him to the ground again.  With a howl that would have shamed a wolf and sent a shiver down the spine of any living man, the enraged Great Dane tore into the zeds.... 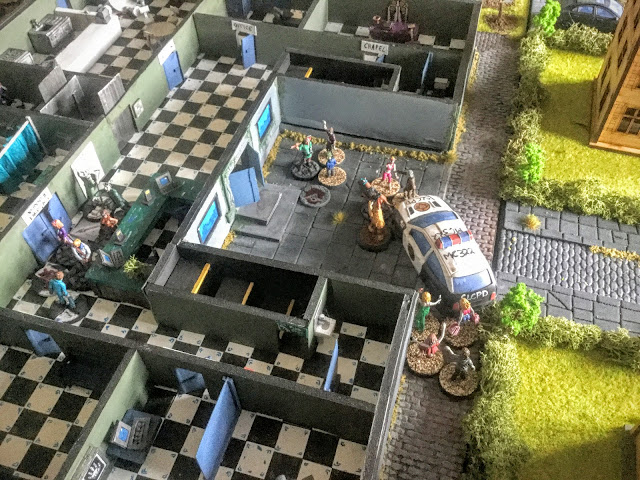 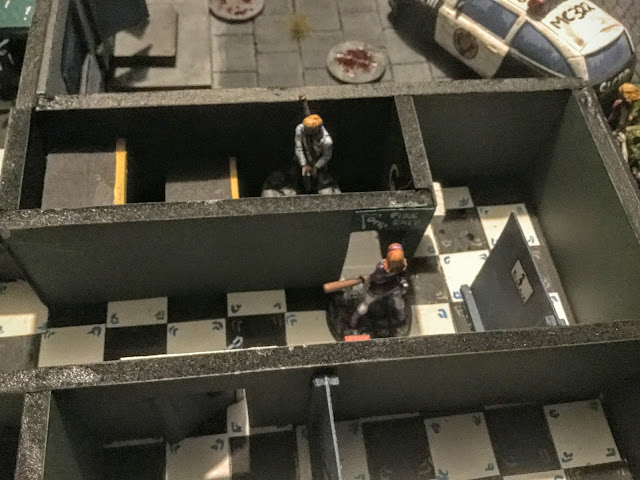 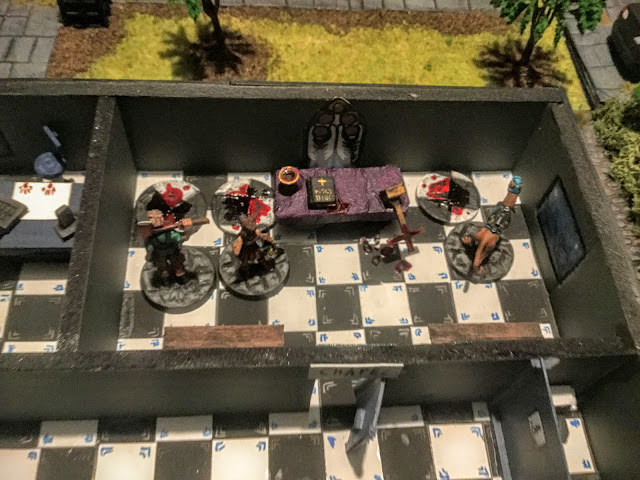 Velma hefted the idling chainsaw and tried to shake the clotting blood and rancid flesh off the teeth of the lethal tool, across from her Shaggy was giving her a worried look and shaking his head and it was only then did she realise she was laughing. "Screw him!" she thought with another chuckle and gestured with her 'saw at the approaching dead-heads that were shuffling down the eerie corridor of Jungville General. If he wanted to worry, it should be about the brain scarfers not her!  With that thought she gunned the motor of the saw and began carving her way through the dead flesh that had begun surrounding her.... 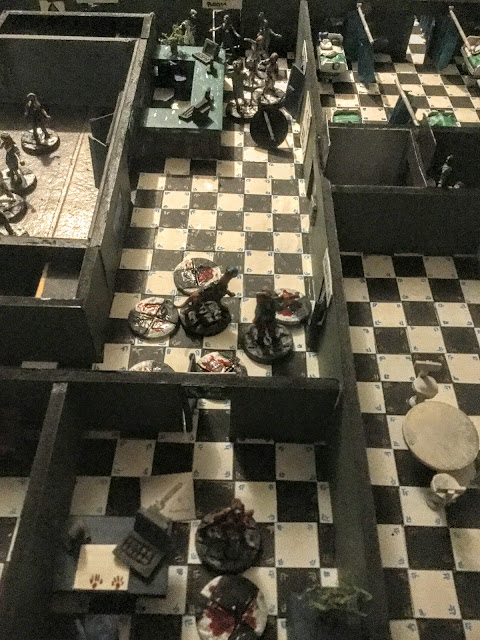 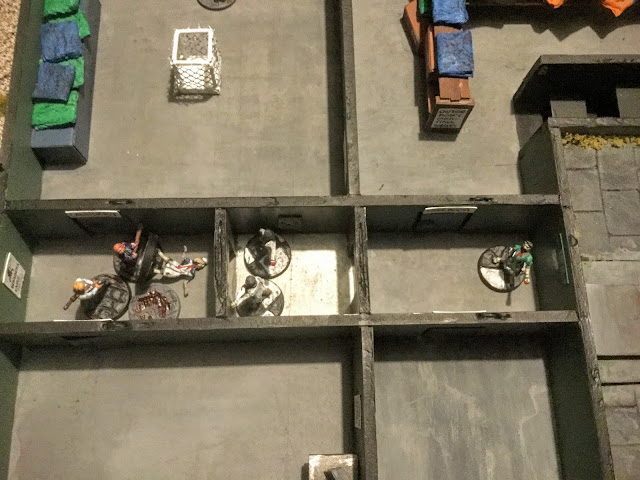 "I'm getting real tired Scoob" snorted Shaggy as he hewed down another of the walking dead with his enormous axe.  "There doesn't seem to be any end to these creatures" he said as he tripped another. "I'm also worried about 'You Know Who'..." he added in a hushed whisper.

Scooby-Doo looked up from savaging the head of a fallen zombie and tilted his head to one side, the strange blood red sheen from the IR googles that covered the canine's eyes freaked Shaggy out a little and he stuttered to a halt while trying not to slip in the spilled gore.  From the corner of his eye he saw Velma come out of the room sign posted as the office and despite seeing the masses of zombies up the corridor, nonchalantly wandering off into the canteen. With a disgustingly loud growl, his stomach reminded him that he hadn't eaten today and he briefly toyed with the idea of following Velma into the room.  The groans from the mass of zombie flesh coming down the corridor pulled that thought up short and with a sigh he loosened his grip on the handle of his axe......