There's lots of excitement/negativity/chatter about the new "the Walking Dead" game soon to be released by Mantic.  I've seen a lot of comments good and bad about what the game is going to include, game type - will it be RPG? will it be a board game? etc etc. I know some of the people who read this blog are backing the Kickstarter and that's great, they are adding stretch goals all the time and smashing them constantly which can only be good. I personally like Mantic minis and have loads of them, bulking out my Orcs and Goblins WFB army and hundreds that almost completely make up my Vampire Counts WFB army (one day I'll photograph them and show them!) so I'm looking forward to the game.  More to the point, I absolutely love the TWD franchise and watch it religiously. I did read quite a few of the comics but unfortunately my daughter fell out with her friend who was supplying me with them!

So to the point of the post, which is I'm starting yet another mini project which is based on the characters of TWD. Yes I know there are bespoke 'not' TWD minis, some really excellent ones by Studio Miniatures and Hasslefree which normally I would be all over, except I've got to conserve the gaming tokens for Salute, which is just round the corner in April.  So I decided to be a bit frugal in a tribute to one of my favourite blogs, now sadly stopped - "a year of frugal gaming" by Frugal Dave (I really loved that blog, shame Dave no longer blogs, it was because of him and a competition he ran that I turned away from GW and started gaming other genres! But I digress....) I decided to use my existing resources to come up with the goods. The challenge of the project is to be completely cost neutral, to only use resources i already have. To this end I raided my Wargames Factory sprues and came up with my starting survivor group.....The Grimes family. (My apologies for the poor quality of photography, hopefully Rich will offer up his services and I can show them properly, but you should get the idea!) 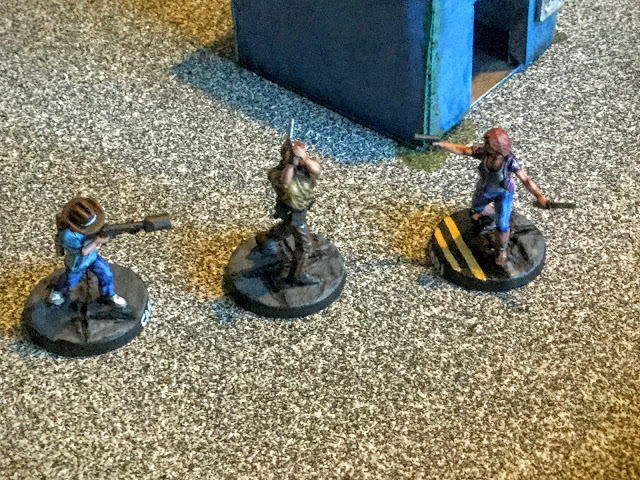 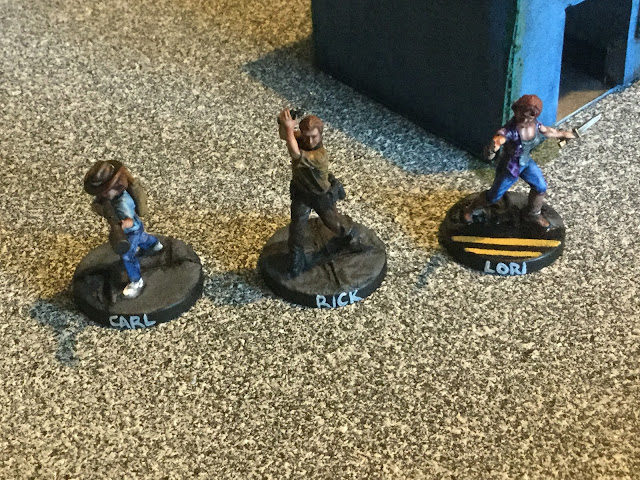 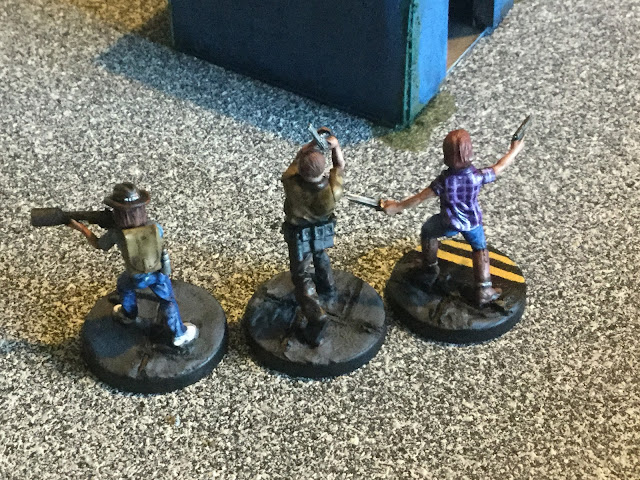 For Rick I had already used up the cops figures from the Male Survivors box set so needed to source a different pose/body, in the end plumping for the cricket bat wielding male. I chopped the hand that had the bat off and replaced it with the hand of the little girl survivor from the female boxset, this gave him his big ass revolver that is trademark Rick Grimes. I was going to give him the head with the deputy's hat but wanted to save that for Carl. Painting him I used Vallejo Khaki for his shirt and citadel Mournfang brown mixed with black for his trousers and tie. 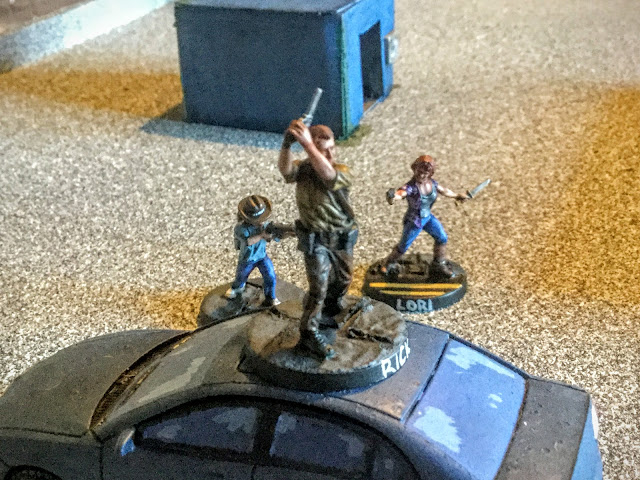 Carl was based around the boy from the male boxset but was given the cowboy hat wearing head from the females boxset. For his pistol, I chopped the machine pistol that comes with the fig down to resemble a simple pistol and added the end of the sprue to represent the home made silencer Carl uses later on in the programme. 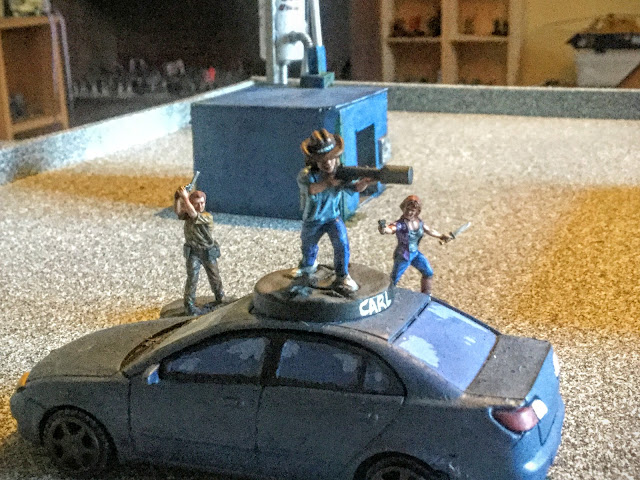 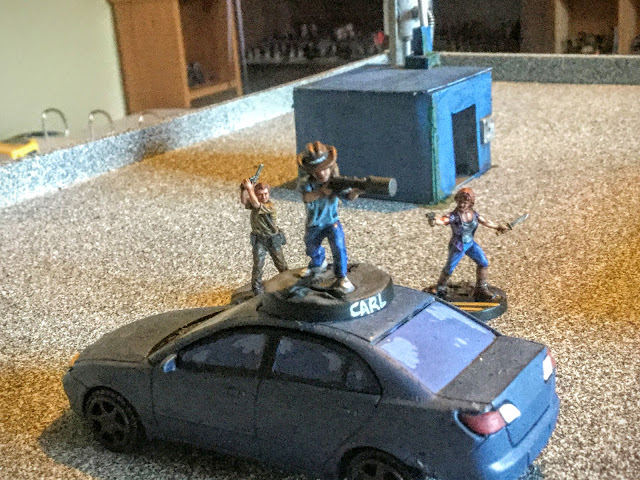 To round out the Grimes's I put together everyone's favourite mom (yeah right) Lori together as a pretty much standard build from the female set. The Lori trademark, apart from being a mopey b**ch is the checked shirt which I made a half decent attempt at using purples. 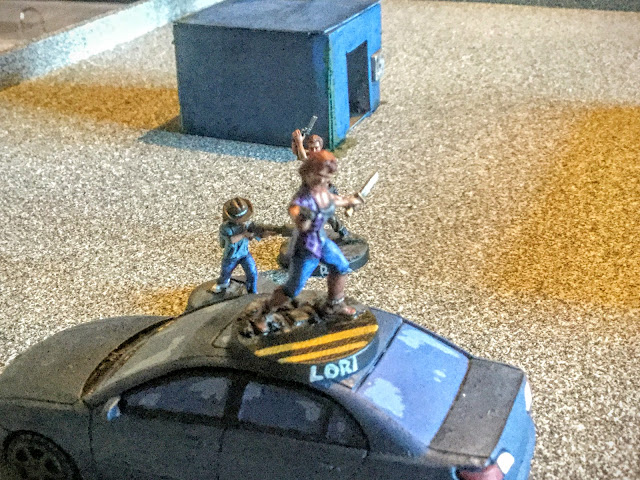 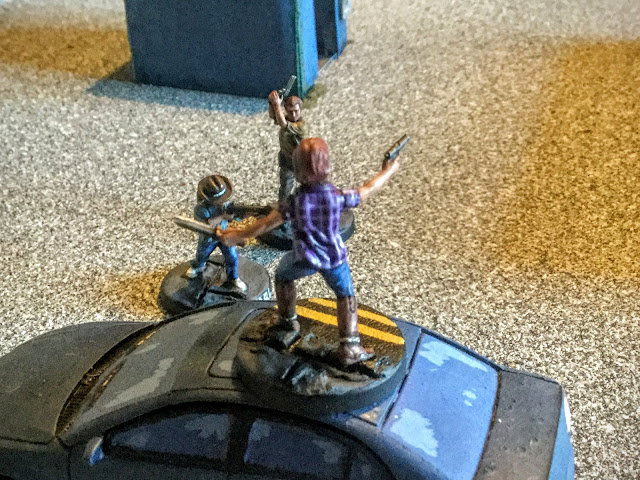 Although not part of the Grimes family , I also put together another survivor that joined one of my recent ATZ groups, armed with a BA rifle he later found a SAW when he killed an Army Officer and I add him here as I painted him up at the same time....lol The SAW I constructed from a Bren gun on the Bolt Action WWII British Sprue thay i have for that game and chopping the Ak47 that came on the fig in half and glueing the two together. 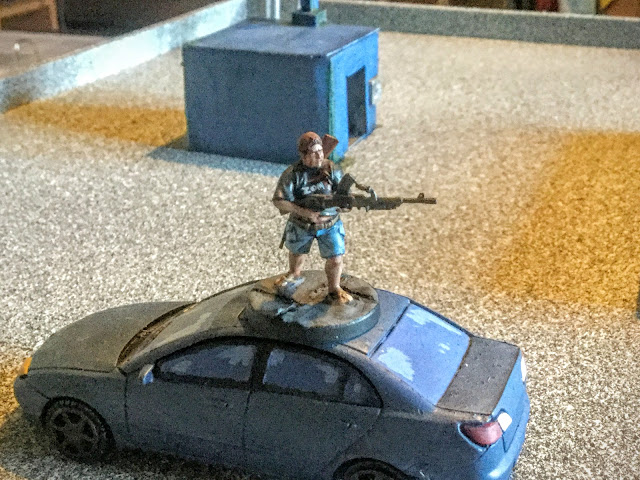 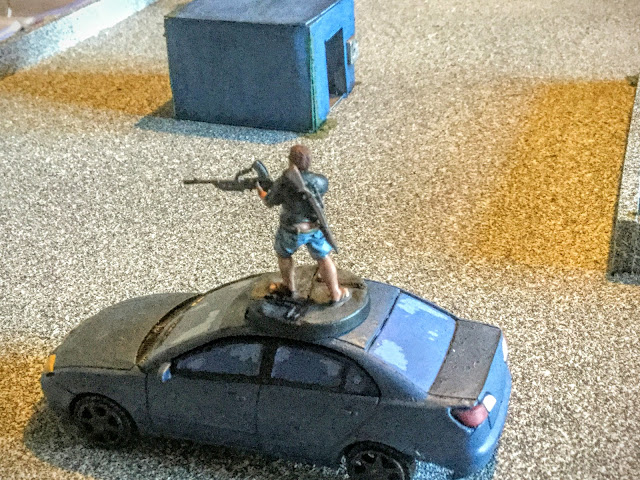 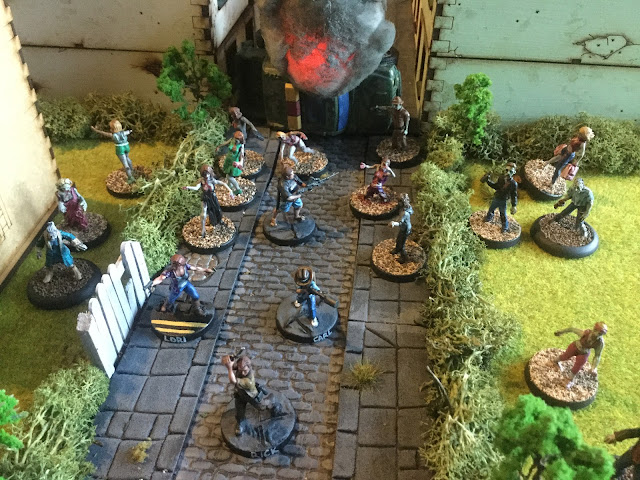 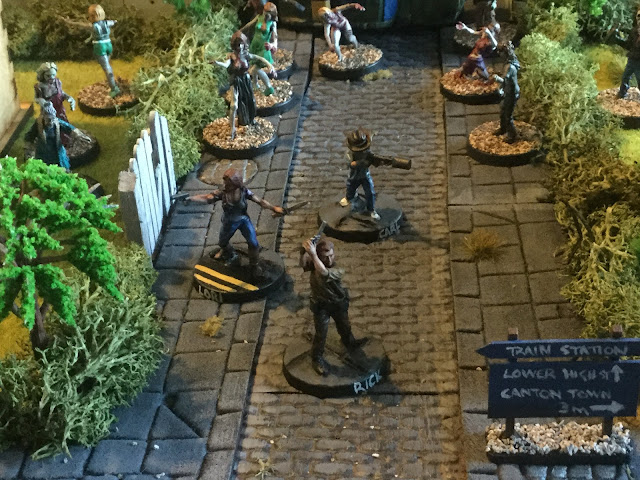