This is April O'Neil reporting for Channel 6.....


Last time I showed you some TMNT stuff it was members of the foot clan, that shadowy criminal organisation of ninjas that provide the majority of the muscle for a certain sinister, armour clad master of ninjitsu - Oroku Saki aka The Shredder....

Oroku Saki is the younger brother of Oroku Nagi who had been killed by a fellow ninja Homato Yoshi (the owner of Splinter, the Turtles' mentor) in a feud over a woman named Tang Shen resulting in Yoshi fleeing with Shen to the United States.
Angry at the death of his older brother, Saki joined the Foot Clan and trained to be a ninja. He quickly became one of their deadliest warriors and rose up the ranks and was chosen to lead the Foot's American branch. Operating in New York under the name of The Shredder, Saki used the opportunity to avenge his brother by killing Yoshi and Shen. Under Saki's leadership, the Foot participated in variety of criminal activities, including drug smuggling, drug running and assassination.
Shredder was mostly represented as a Japanese male dressed in stylised samurai armour, enhanced by bladed bracers, Sode (pauldrons) and Suneate (greaves). in the 2014 movie he became more mechanised by Michael Bay (Transformers Director) and imho a little bit ruined, I enjoyed the film but much prefer the traditional image of the Samurai.
Anyway this is my interpretation of the Oroku saki, the model is from Greebo Games, an Italian firm.  There was a little bit of stress getting the figures shipped with a bit of a delay, but he was well worth it! A little bit pricey too.... 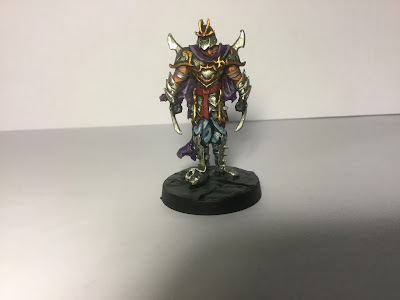 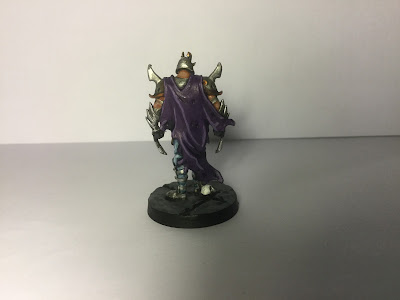 I painted him in the traditional purple - Citadel Xeres purple and shaded with Leviathan purple ink.  His breeches were Fenris Grey and inked with Drakenhof Nightshade.  The rest was Runefang silver and Shining Gold.  the base is one i've scratched up with polyfilla (spackle).
Facing off against the Shredder and his dark minions is Master Splinter 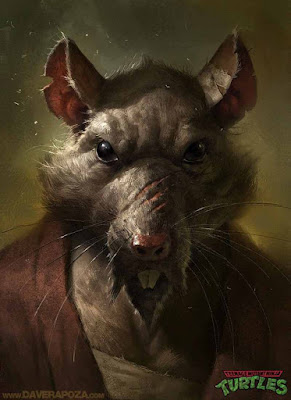 Splinter was the pet rat of a ninja named Hamato Yoshi in Japan. Intelligent for his species, Splinter was able to learn his master's art by mimicking his movements while he practiced. Without a home, Splinter was forced to run away and live in New York City's sewers. Due to a traffic accident, four baby turtles and a canister of radioactive ooze were sent down into the sewer, where they mutated both Splinter and the turtles. Splinter named the four turtles Leonardo, Donatello, Raphael, and Michelangelo (after a book on Renaissance artists that he found in a storm drain) and trained them in the arts of ninjutsu, so that they should take revenge for his dead master, while still raising them as his own sons
This is my intepretation of Splinter, the miniature again from Greebo Games part of their Fantasy Football series. 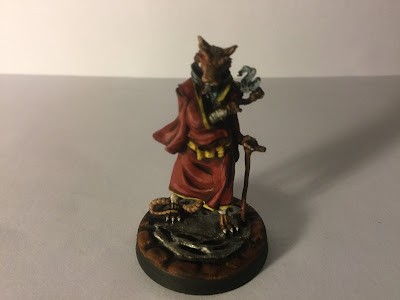 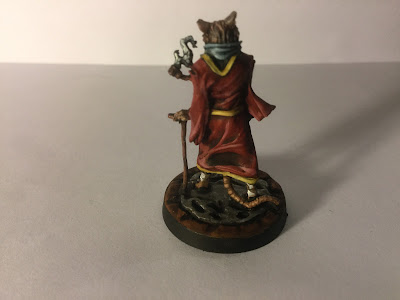 I've painted him up in a red kimono, which is the one he seems to be wearing in most of his incarnations, whether it be comic or cartoon or film.  I thought I would use a yellow trim instead of black as it gave the mini a little more colour and set the kimono off better. The base i tried to get to look like a sewer grate.
Lastly for this post I bring you some much needed allies for the turtles - Casey Jones and the glamorous face of the franchise April O'Neill...cue pics of a hottie!! oh and a pyscho.... 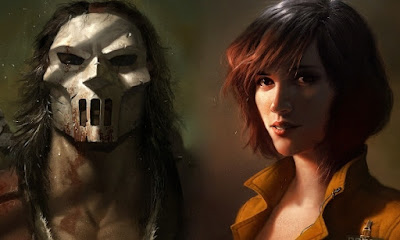 When Jones was young, his father, Arnold Casey Jones Sr., owned an auto shop. A group of Purple Dragon members (led by a young Hun) burned the shop down, killed his father and took his mother and sister hostage. The badly beaten Casey refused to lay down and take Hun’s blows. He attacked Hun with a knife, stabbing him in the neck. Enraged, Hun had beaten him to within an inch of his life. It seemed that the beating he took from Hun as a teenager resulted in several mental and emotional disorders, explaining his often violent and erratic behavior.
New York City, where Jones is from, was overrun by criminals. Enticed by examples from TV, Casey decided to do something about the crime in the streets. After equipping himself with a hockey mask and various sports clubs, he began his vigilante campaign.
He started his career with the Teenage Mutant Ninja Turtles when he ran into Raphael beating up a pair of muggers. When Raphael let them go, Casey proceeded to "finish them off," but was stopped by Raphael. The two clashed but eventually helped each other take down additional muggers that appeared after their fight.
In the original Mirage Comics storyline for Teenage Mutant Ninja Turtles, April O'Neil was a skilled computer programmer and assistant to a famous yet nefarious scientist Baxter Stockman. She helped program his MOUSER robots but, after discovering Baxter was using them to burrow into bank vaults, she fled his workshop. Robots chased her into the sewer where she was promptly saved by three of the Turtles. The Turtles later successfully fended off a MOUSER invasion.
After leaving her job with Baxter, April decided to open an antique shop. The shop was subsequently destroyed in a battle between the Turtles and Shredder and the Foot Clan. April and the Turtles retreated to a farm house in Northampton, Massachusetts to recover and during this time she suffered recurrent nightmares about the Foot Clan's attack.During the mid-1990s, April became romantically involved with the violent vigilante Casey Jones, and the two of them eventually adopted a child named Shadow.
In later incarnations and the films she is portrayed as a journalist and news reporter for Channel 3
So here are my efforts, again from Greebo Games, Casey Jones is listed as Hockey Joe but it is definitely the vigilante.  April O'Neill is sculpted with bare legs for the football game by Greebo but I painted her with black leggings as i did not see it as practical for a reporter or computer programmer..... 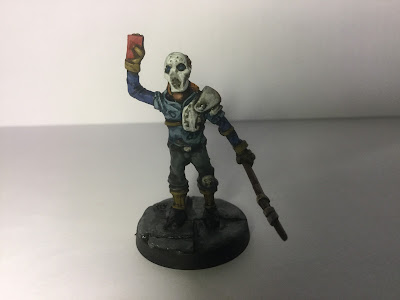 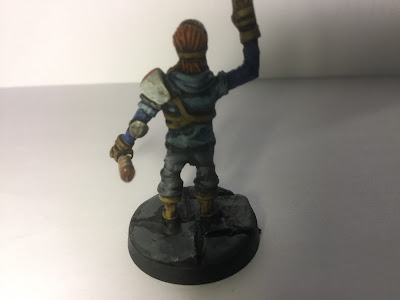 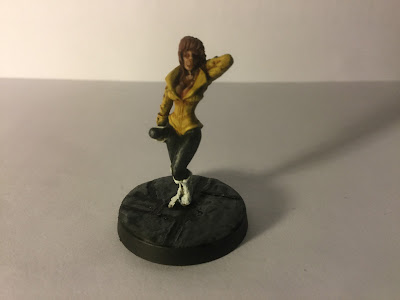 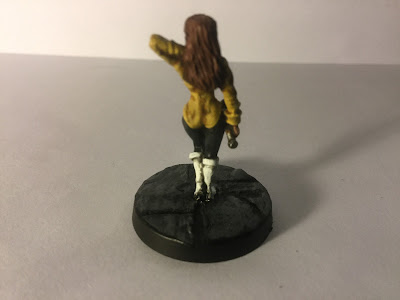 Casey was painted using a series of greys and grey/blues for his clothing with white hockey equipment.  April I used Citadel Inyanden Darksun and shaded with Sepia.
More to come but for now enjoy....
16:12 (-4)
figs bought:painted (difference)