once again I find myself apologising for my title, couldn't help myself....

Another reinforcement for my Bushido Jung Pirate faction and this is one of the best yet!! So this time we have Tetsuso.  This monster burst onto the scene last year and I was stunned not to see him in a Pirates line up at the tournament last year. On a 50mm base he is a stunning "tank" of a miniature and brutal in combat.

There comes a time after many cycles when a Korusea has spent so long living a life on the waves that he starts to become more comfortable on the gentle rocking of a ship than the solid earth of land. Tetsuso has been touched by the Kami of the sea and turned into a monster of shell and claw, a formidable adversary capable of snapping bone and steel alike.

looking at his card then, first of all you see he weighs in at a hefty 10 rice putting him an expensive bracket but you get loads of bonuses for that 10 rice.

"Armour (3)" and a hefty 10 point wound track means this boy/crab/monster is gonna stay in the fight and with 3 melee dice, a choice between his Naginata or Kami blessed claws he'll either strike first or finish the fight with relative ease. Combined with his Ki feat "Crushing Blow" giving him "Brutal and "Armour Piercing" he can really tear it up! He causes "Fear (5)" meaning it's likely his opponent is going to lose a dice in melee too.

Paint wise he was fairly simple as I blocked the legs and shell with Vallejo's "Orange Brown" and painted the "man" part with my Jung faction colours. 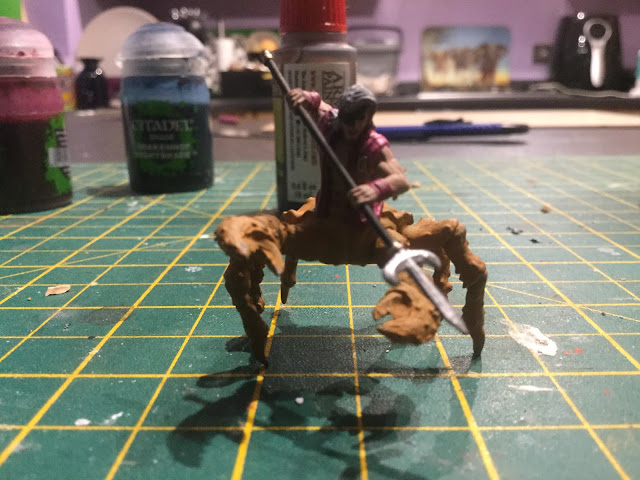 For shading I pretty much covered the whole model with GW "Carroburg Crimson" except for his hair and weapon. I then re shaded the shell and legs with Army Painter "Strong Tone" and another coat of Crimson. 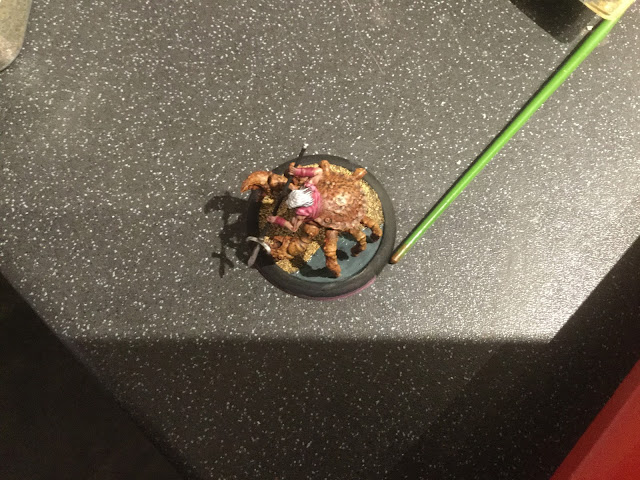 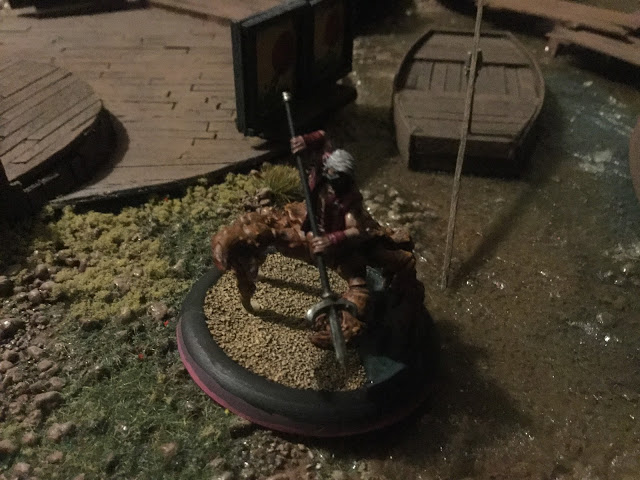 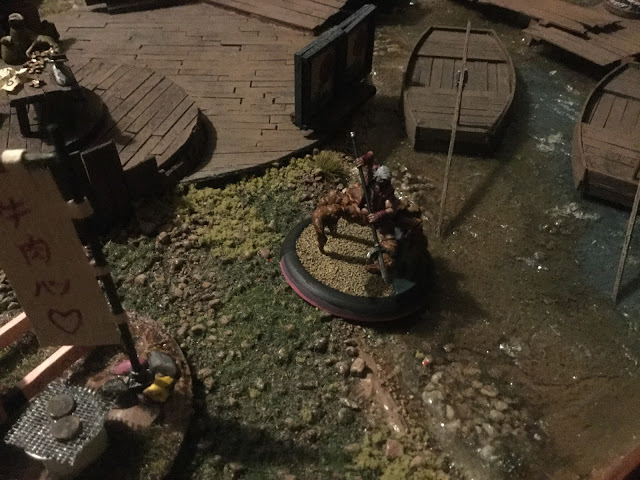 Fight wise, the guy is a tank and can be thrown right down the centre of the battlefield causing trouble and being trusted to hold his own against most opponents.  Like his "Sharky" brother he is rather unsubtle and not really to be used to interact with scenario objectives.