The Grandest of all Temple Dogs


I've returned from my tournament travels, pics and reports to follow but they will be next week ......probably ;-)

So instead, a bit of a filler post until the end of the week when I'll treat you to Chris's next excellent Bolt Action update.

During the Black Friday madness, Wayland Games put this miniature out with a 40% reduction.  I ummed and ahhed as my Temple faction is already a very healthy size but I just love the idea of the very Temple itself defending the balance across the Isles.  Plus the model is just lovely.


The defence of the oldest temples and most sacred shrines is often entrusted to the great Oki Shisa. Mountains of ever watchful stone, still and silent for decades but always ready. None know how many Oki Shisa there are but these holy wardens are the bane of those who would attempt to manipulate their Ki against the Temple or hold sway over the land. The enchantments that gift the Shisa protection also imbue the stone with a keenness akin to a Masamune blade.

So like most Temple models he has a cheap, boostible melee dice pool, to go with this impressive combat ability it also has "Sharp" which ignores armour and toughness traits. +2 damage makes it destructive in melee too and "Tireless" means he'll not lose activations if he is engaged in combat, "durable" means it only ever loses one wound per melee action.

Oki is also "Souless" which means it passes opposed Ki tests automatically.  It is able to "leech" Ki from fellow Temple fighters and "Channel" it to others in a 12" bubble centred on itself meaning those who need the Ki can use it.

Those of you who are following the game will note that Oki has a move of 0, which means it cannot move under normal circumstances, however it has a special unique ability that allows him to move 4" per activation or other attributes including denying opponents that the ability to interact with scenario objectives, which could make him an absolute roadblock in the game. 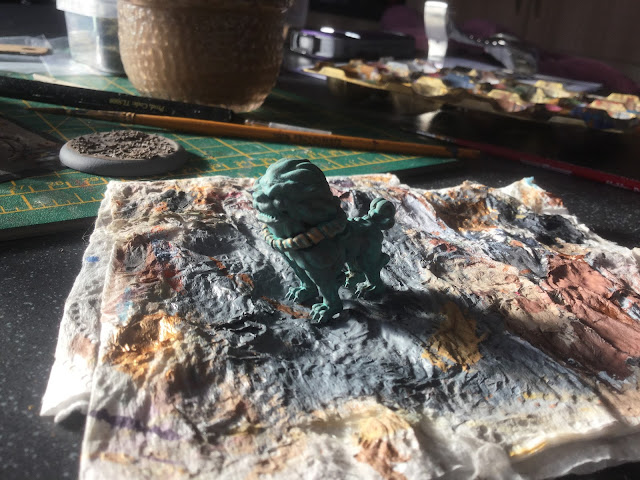 For the paintjob I took a medium grey for the main body and head with a gold neck torc and washed it heavily in GW's "Niklah Oxide" and then a dark green wash in certain areas.  Then drybrushed with the medium grey and then again with a light grey. Once that was done I painted the eyes a vivid blue and attempted a blue glaze to the nearest surfaces to represent the eyes glowing in a supernatural way and finally I added a homemade creeper/plant to climb up over the "living statue's" body and cover the gaps between the head and the body (which came in separate parts).  Added to a filler/spackle crafted base to represent the Temple floor it was done. 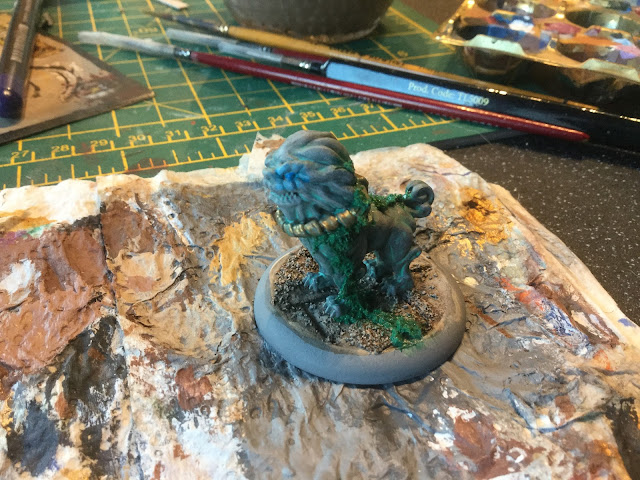 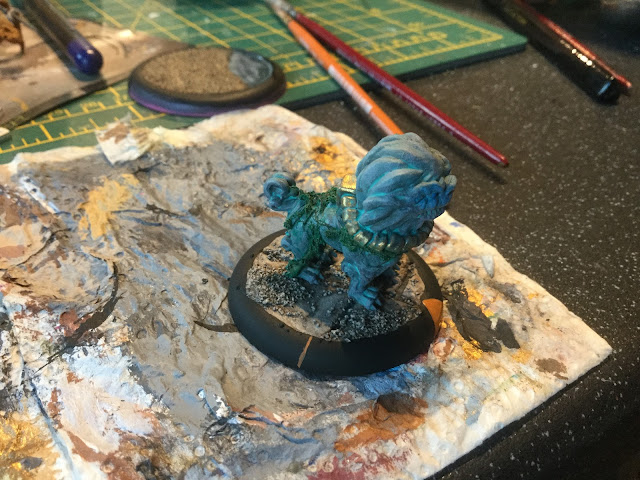 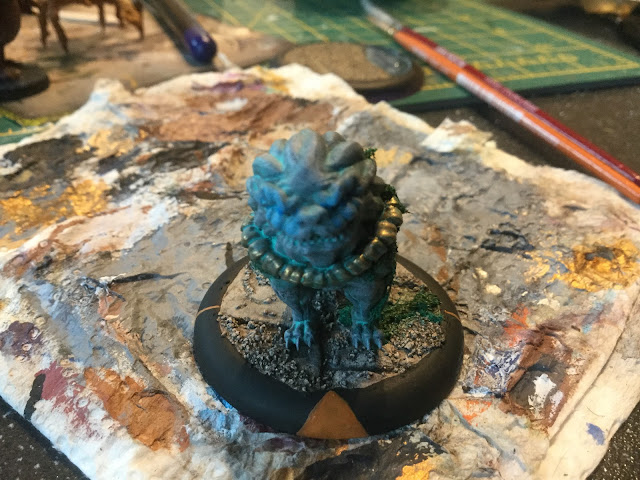 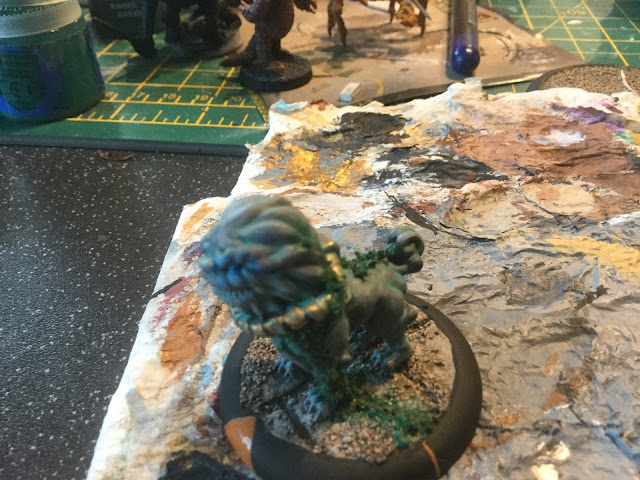 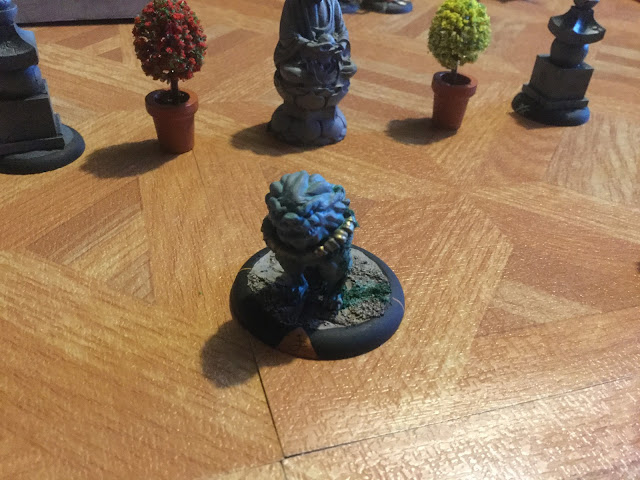