yes the title says it all really, I've managed to achieve far more than I ever thought possible when i rebooted the blog less than 2 years ago.  Prior to the reboot, I had maybe 2 or 3 people reading the blog and almost no comments from those who did.  Now there are nearly 50 people regularly reading the dribble that I put out there in the blogosphere and a solid core of folks who kindly comment on a regular basis (I'm extremely grateful for those of you who make efforts to talk about this excellent hobby of ours) as well as those who are just passing through having been redirected here from the Bushido FB page and/or the YouTube videos..  Now with the scales tipping just over the 100k mark I'm once again humbled by the amount of folks (Russian Spambots) reading my output.

So how to push on and get to the heady heights of 250,000? I'm not sure tbh, I'm going to get a bit more free time when the degree is behind me so expect more terrain building projects, more video battle reports, definitely more miniatures painted and more narrative reports/short stories.  I hope that will be sufficient to grow the blog and grow the interest in some of the gaming systems that are important to me and the Nerd herd - if not then, well there's always other blogs....lol....kidding, if not let me know what you want to see and I'll see if I can accommodate.

Anyway in order to celebrate this milestone, as I said in a previous post I will be putting on my second prize giveaway of the year a little earlier than planned and at the same time introduce the new project part of the title.

So firstly the new project - when Rich issued his "throwing down the gauntlet" challenge I responded with  my first post laying out my chosen game (which you can read here) which would be 7TV2e.  In that post I said I would be creating some terrain and using TMNT as well as a certain enigmatic element.

So let me introduce you to the "man" who needs no introduction (huh?) the one and only - Dr Who!

Except he's not the one and only is he?!? nope definitely not, the time travelling Gallifreyan who has had several incarnations (13 officially, according to the BBC) and cannot in my opinion be termed as "one and only". 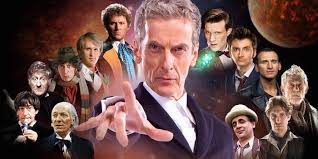 So what's a fan to do when he's looking for a new project, does he pick his favourite Doctor and build his game around that one choice or does he go for option number two and buy as many versions as he can afford at the time..... I bet you can guess which way this fan went.....well Black Tree were having a sale so..... look just don't judge me alright - i'm weak (personally I'm blaming Simon "Blaxkleric" and Jez "Carrion Crow" for it all)....... 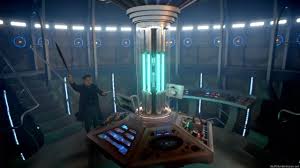 yes it's fair to say I went a bit mad and bought loads, now logically I know I cannot use them all at the same time in the games as the Doctors run consecutively with only the most recent incarnations crossing over in any meaningful way.  But I just don't care, I will run them back to back if I have to but I'm determined all will have their gaming day, aided by members of UNIT (my bolt action British) and maybe some other willing allies of the Dr garnered from my extensive miniature collection.

There will be dedicated posts on this project, have no fear.  Posts that look at the building and painting and most importantly the games, but for the time being I will leave it there. No Laurence it definitely IS a competition...

In my frenzy of buying the many, many Doctors I managed to gain a little clarity and purchased some spares in order to give away as a thank you to you guys reading the blog.  So to the prizes then, the first is my favourite Doctor of all time - Number 4!  Tom Baker's portrayal of the Time Lord was smack bang in my childhood and imho the most entertaining version of the enigmatic Gallifreyan.  Accompanied by his faithful robotic hound K-9 and dressed in his Sherlock Holmes outfit he would be an excellent addition to any table. The second prize is the very first Doctor - the excellent William Hartnell.

Both of these miniatures are from Black Tree and are lovely figures.  They will come with a slotta base and unpainted.  The draw will take place on the 30th April, and the first and second names drawn from a hat by the one and only Missus Gobbo will get the prizes.  In order to get your name in the hat, just comment on this thread.

Good luck and thanks once again to you all, I hope you keep on reading and commenting!
dGG

Email ThisBlogThis!Share to TwitterShare to FacebookShare to Pinterest
Labels: 000, 100, challenge, competition, Dr Who