Before I get to the post, I've just noticed how close I am to getting 100,000 views - a figure I would not have imagined I would get near to when I started back up a couple of years ago, I'm just thrilled that people have taken to reading the stuff I put out there. So if I tip over the 100k mark in the next few days I'll bring forward the competition I was going to run in the summer to April as a thank you.

Now we return you to your regular viewing...


you may remember last week, Rich "Nerd4Life" Gates issuing a challenge to the rest of the Nerd Herd (link is here). He of course took his beloved War of the Ring, a game none of the other Herders have taken up  before much to his annoyance.  Well I had to put my thinking cap on and come up with something special, something to grab the imagination of the lads......

Yes! it just screamed out to be taken up by the Herd.  I've played it once before with Damon but it has fallen to the wayside as these things do, Rich and Chris hadn't even looked in it's direction before - scandalous.  For those of you not familiar, 7TV2e is the latest version of the game produced by Crooked Dice that allows us gamers to recreate those cheesy 60's and 70's TV shows that had us enthralled every week.  Love you some Capt Scarlett - it's covered, The Sweeney your jam - covered, how about The Man From Uncle, The New Avengers, Dr Who - yep, yep, yep!!  Perfection....

I've lifted the following straight off the Crooked Dice website so feel free to head over there and read the rest but in a nutshell this is how it works....

The basic rules allow you to put together a cast of between 3 and 24 (or more!) models and fight other casts in abandoned warehouses, secret volcano lairs, forbidding jungles and underwater bases – in fact anywhere you like! Use your star qualities, special effects and gadgets to get your mission accomplished before the countdown ends and the episode is over. The core rules are generic, so if you’ve seen it on screen or had a dream about your perfect lineup, you can put your cast together quicker than ever before.

There are two ways to make a 7TV cast; open casting and using a Programme Guide. The Programme Guides each detail in full the personalities and rules for all the models from one of 7TV Studios TV shows. Open casting is the system in the core rules, and allows you to choose a wide range of generic models to fit the kind of cast you’d like to build.
First you choose either a heroic or villainous cast. Each side gets a different mix of Stars, Co-Stars, Extras and vehicles to choose from. Then you choose your cast’s ratings – both sides play with an equal ratings value). This could be between 25 for a small game to 50 or more for a climactic blowout.

Then you choose your Stars and Co-Stars. These are highly rated, but have excellent abilities. You have to include at least one Star or Co-Star model to lead your cast. Each one has access to two or more genres, or which there are 7: Civilian, Crime, Law and Order, Military, Science, Secret and Unknown. Then you pick your Extras (and vehicles). These provide the numbers your cast will need, but you can only include a particular Extra or vehicle if they share at least one genre with one or more of your Stars or Co-Stars. Tricksy. 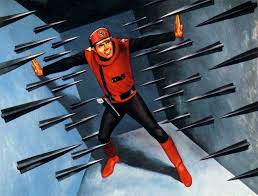 There are 6 basic episodes you can play, all of which offer different rules to keep the game variable. Each episode will see 5 identical objective tokens played on the table, to represent vital info, secret plans, alien technology and the like. A win is more likely if you can grab as many as you can. Some episodes also feature the ‘maguffin’, a kind of really super objective. If you use it, make sure you end up with it! 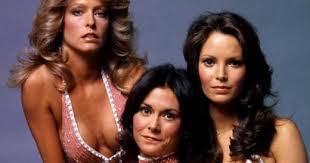 7TV wouldn’t be complete without gadgets – cutting edge technology you can use to get your models out of trouble in an instant. You’ll draw gadget cards from the deck of 20 then choose the ones you think will serve you best during your episode. You’ll also create a shared Countdown deck of cards, which will tick down during play. Once the last card is gone the episode will end. Each turn a player can turn over 1 or 2 cards (2 gives you benefits, but makes for a shorter game!) then play the event detailed on the last card drawn.There are 45 Countdown cards, including 15 more potent Finale cards. These add a random element to the proceedings, and make each turn start with a tactical choice – speed up the countdown for the benefits during your turn, or advance it normally and get more turns to play? 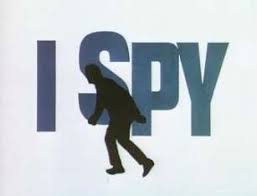 At this point you will have a pool of plot points in front of you (you can use anything for these – pennies, glass beads, dead spiders). You use these during your own turn to activate models and use some of their special effects, remove debilitating statuses and make more effective attacks. If you’re lucky you will have enough to do everything you want in your turn, but more often, you’ll have to make some tough choices. And try not to spend them all! You’ll need to keep some for you opponent’s turn, as you need them to try to protect your models from your opponent’s attacks. Phew!


So I've chosen the game system, what do I want to do with it? Now it would be really easy just to wheel out my TMNT miniatures, which is the reason why I looked into 7TV2e in the first place, but this smacks of a total lack of effort on my part - after all what have I done differently.  But at the same time they make such excellent 7TV2e casts and it would be a shame to not use them, especially in light of Crooked Dice producing a Programme Guide for them, so they have to be in. Btw you can find my previous TMNT posts in the links here, here, here and here. So what can I offer that's different? well a couple of things really.  First of all I'm going to scratch build a series of modular boards that would be perfect (I hope!) for gaming with the Turtles, I will of course chart my progress on that project on here in a series of posts and videos for the YouTube channel so you can see the boards develop.  This I think will be visually alluring and whet the Herd's appetite for the game. Is that enough to satisfy Rich's challenge? Well if not hopefully the second part of the project will appeal to the inner nerd of any gamer and it involves a certain enigmatic.........what's that? I've run out of time in this episode for the big reveal?  Oh well in the style of those amazing TV shows of our yesteryear - "Tune in next time for more 7TV2e!"