To return then to my review of my Tengu and onto the support section of the faction available to me.  There are a few excellent models that were available to me but Sanjakubo had to be purchased first, his lightning ranged attack is just so good.  To his official blurb then...


If the Koroko are the soul and heart of the Tengu then the Karasu are the mind. In the Chamber of the Sun the Karasu study the texts written in an age immemorial, learning the secrets of the Kami and how to command them. This has led to a tense relationship with the Koroko who see the use of this knowledge as dangerous. Sanjakubo is an adept Shugenja able to invoke and harness Raijin’s fury against the enemy, or through the use of ancient lore curse

In my warband Sanjakubo will provide a support role mainly, with his "Strong Mind" trait he can make good use of the Ki feat "Curse Fate" making it harder for enemy models to win melees or further opposed Ki tests.  His ranged attack dishes out a stunned marker each time it hits and with "Raijin's Rage" this could be up to 4 per turn! 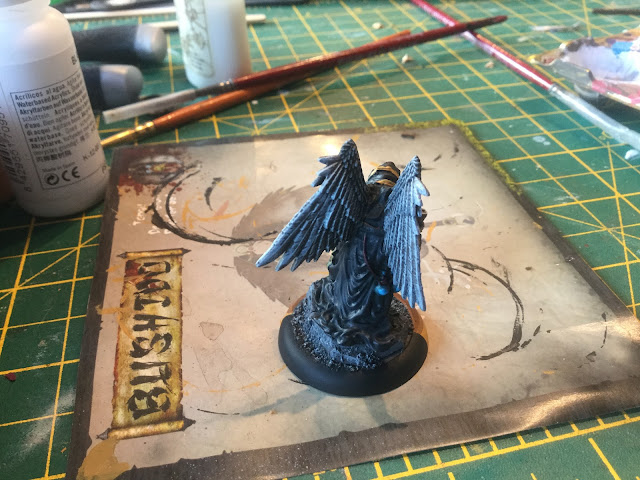 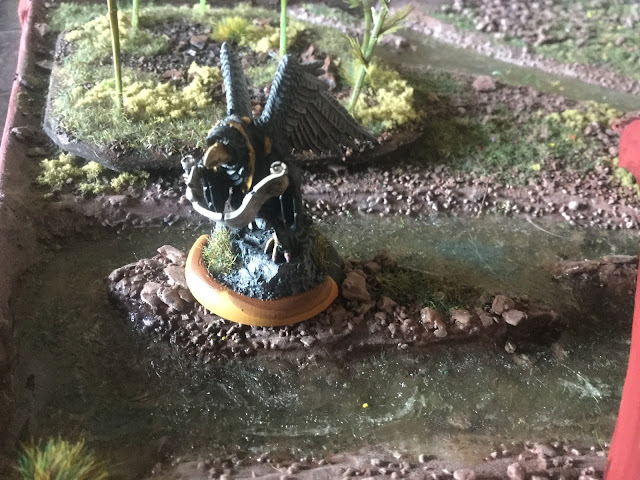 With the painting of the mini, due to my faction colour scheme choices he was always going to be a bit dark, I suppose I could have used the Bright Yellow as the base colour for his robes but the sinister and monastic look to them almost demanded that they get painted black.  The yellow would come when I painted the "fetishes" that are randomly laid over the hood and down his back.  I also painted his wings in a series of greys to indicate age (I'm not sure that's how it works in birds but it worked in my head!!).