More recruits to swell the ranks of the Silvermoon Trade Syndicate....

The oyabun of the Silvermoon do not consider age a restriction to the entrance to their service. Many fill their numbers with youngsters eager to establish themselves within the Shatei ranks and prove themselves worthy of their oyabun’s favour. All within the Silvermoon play to their own strengths, and in doing so strengthen their gumi. Sukoshi Kani and Nomi are no different in this respect. Sukoshi, armed with her bag of makibishi, ready to scatter them wide at a moment’s notice to cover a retreat or block a path.

Out of the two Sukoshi Kani is imo the most useful, the ability to camouflage and then lay the spikey trap, means she'll be able to slow enemies down and waste activations, Nomi's ability to detect isn't bad but is very specific to finding sneaky factions like KKZ (ninjas).  Both kids can play scenarios either as a VIM or influencing idols etc and with their ability to scout and flank as well as being elusive (ignores zones of control), both offer tactical advantages. 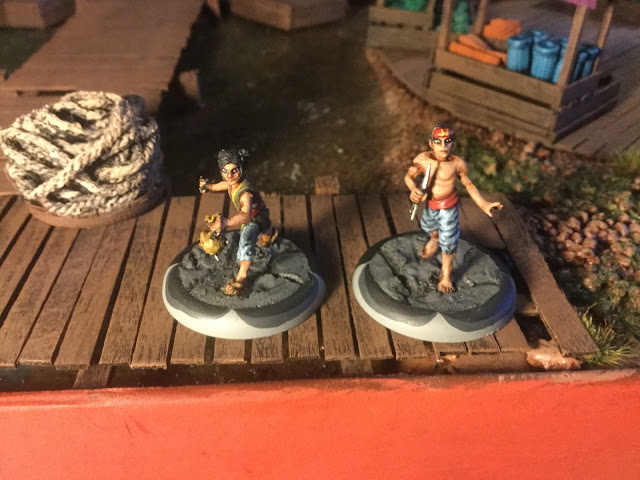 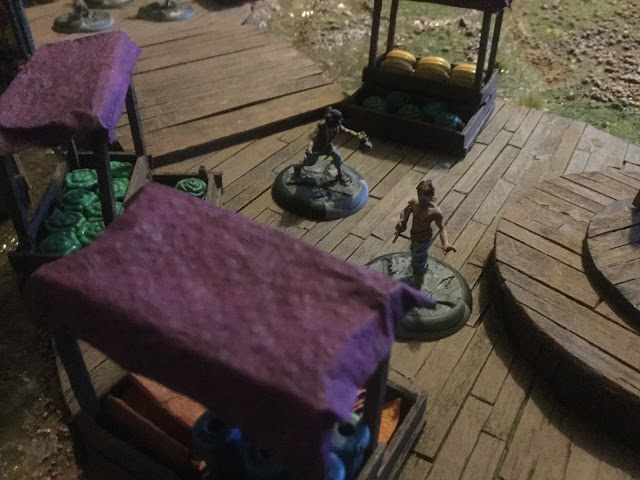 With the addition of the kids, I have come to the end of the models that I have for the STS until Salute, when once again I'm going to descend on the GCT stand and grab some bargains.  So it just remains to show the whole faction as it stands in a final group shot! 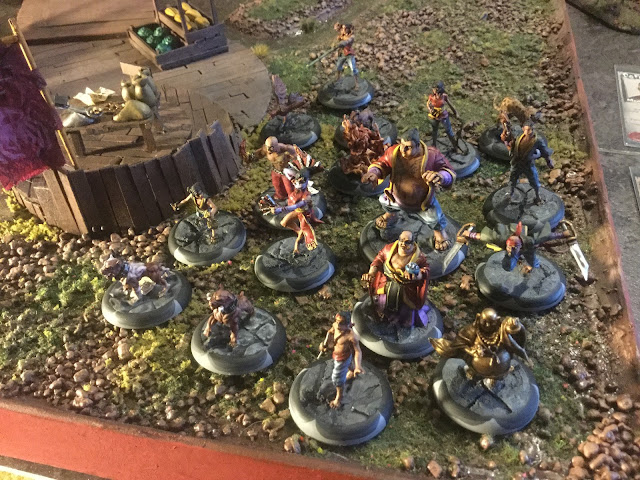