last time I showed my growing Prefecture of Ryu faction for Bushido we had the twins Geiji and Eiji Takashi, a pair of well matched samurai, complementing each others fighting style.  This time  we have the ladies of the house, starting with rather appropriately - Lady Oka.

Lady Oka is as deadly as she is beautiful. Raised in the luxury of Ryu she is a great power in the court and has learned to use the weapons gifted to her just as expertly as those crafted of polished steel and lacquered wooded in the dojo. A nimble and dexterous warrior she wields the traditional weapon of a lady of the samurai caste, with a natural ease and elegance. She moves across the battlefield with the poise and grace of a dancer, avoiding blows and missiles as if they were not even there. 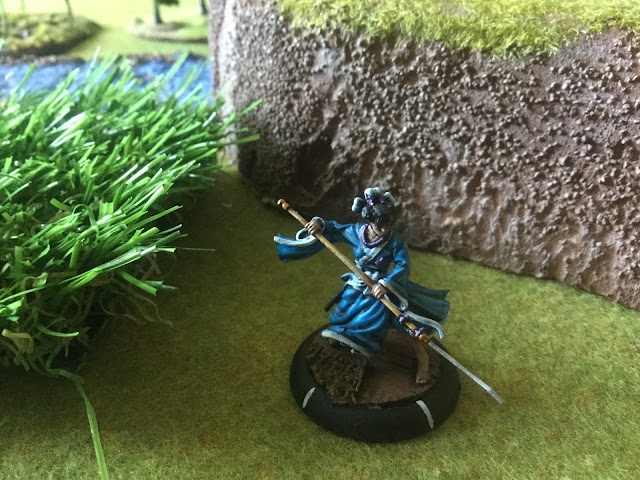 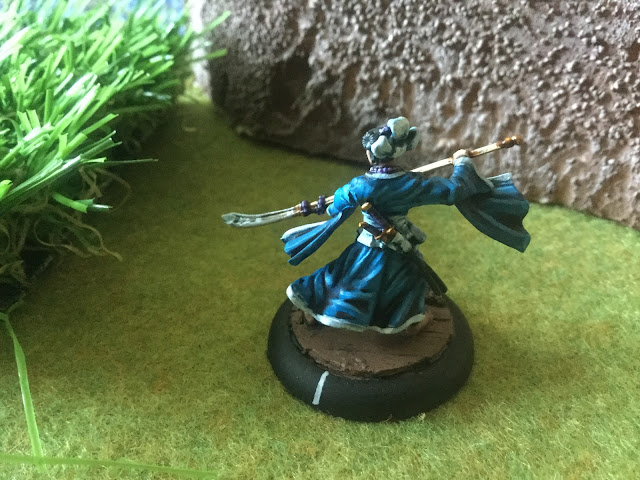 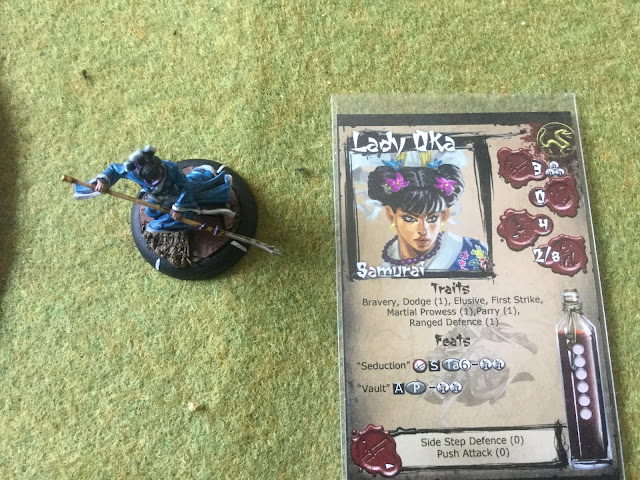 Not a great deal to add regarding her paint job.  Prefecture colours and base as per the rest of my faction, however I did add a corner of matting to her base using an old conforming bandage, its a little ragged and didn't translate as well as i'd hoped but it does look better in the flesh as it were.  The only other thing to add is the lack of patterning on the kimono compared to the studio version, again I shied away questioning my painting skills but I'm determined to revisit her after I've finished the rest of the faction and add a floral pattern. **

I see her very much in the role of fast attack, grabbing objectives and fending off attacks until reinforcements arrive or slipping away in the face of overwhelming odds.

Next up is Hagane Takashi

Another daughter of the Takashi clan has taken up the fight. Hagane wields her twin Katanas to devastating effect. More like her uncle Hida than his own son, Hiro. Her ruthless streak has endeared her to those that tread the halls of power at the very top of the Prefecture. Hagane can be relied upon to get the job done. 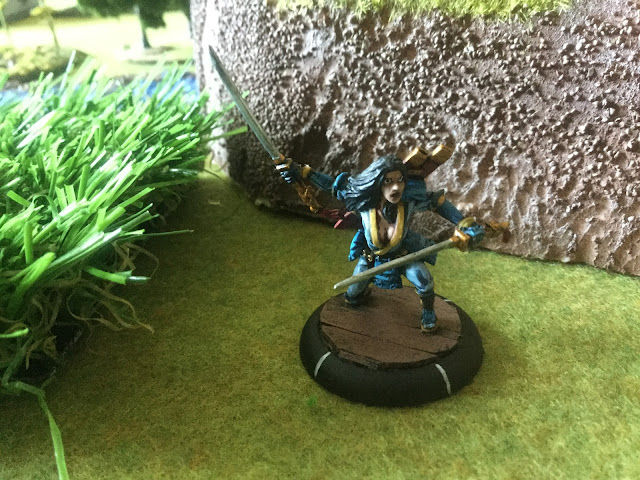 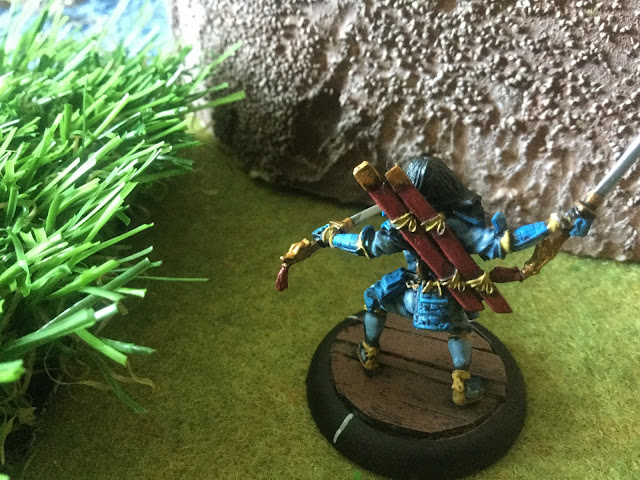 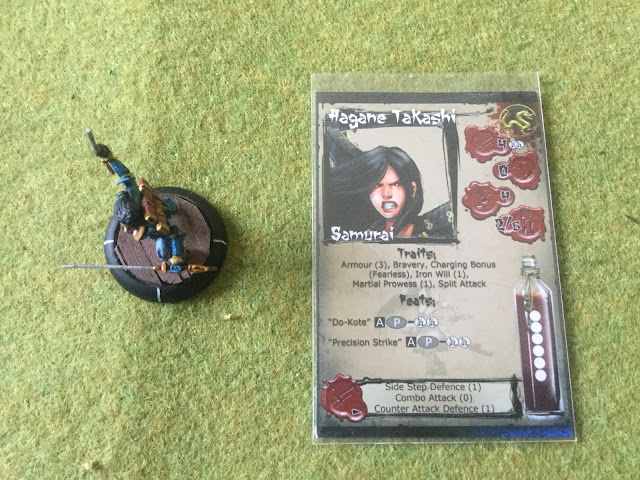 Hagane is a scion of the Prefecture and therefore needed to be dressed appropriately, i based her colour scheme on an icon of Ryu - Mizuchi.  Underside is Fenris Steel and armour Lothern Blue with a Iyanden Darksun trim.  Just to break up the colours she gets a dark red scabbard.

Hagane is pure melee and can be used to bolster any attack, backing up Lady Oka or any other objective taker, charging in and taking out threats.

thats all for this post
hope you enjoy
dGG

** I actually went back and painted Oka and here she is... 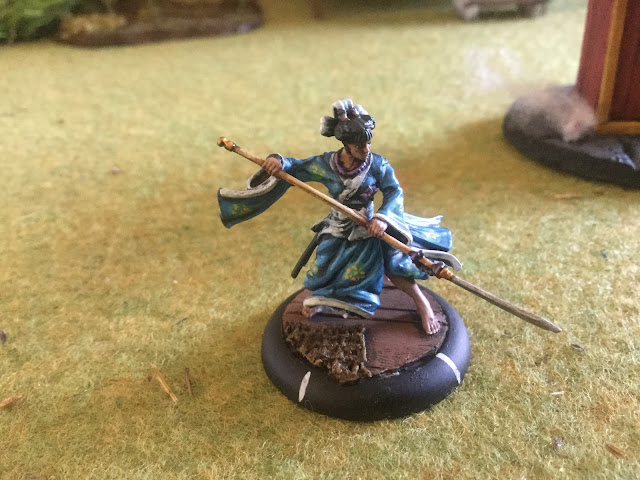 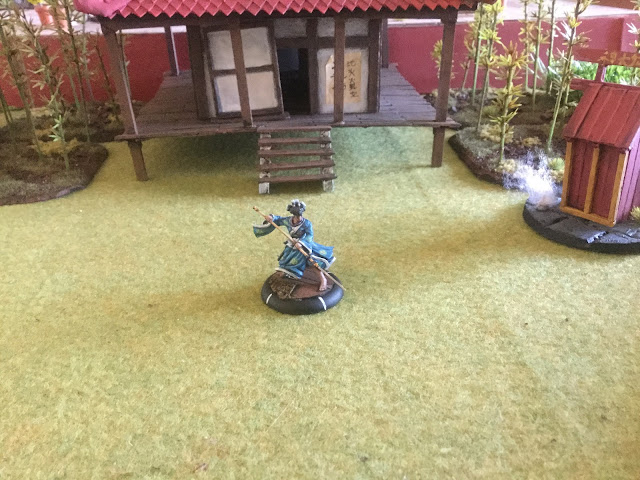