I'm writing this post at a first aid station lining the London Marathon route (as a first aider I assure you) and it's a bit of an extra post today as I plan on posting as normal tomorrow.  As most of you will know the biggest wargames show in the UK was hosted yesterday by the South London Warlords Gaming Group - Salute! 2017.  This massive endeavour is a highlight in the Nerding year for me as I get to speak to loads of like minded people - traders, enthusiasts, demonstrators and this year to add to the fun - bloggers!!

Yes, to my utter delight I met some of the writers of some of my favourite blogs! Jez from carrion crow buffet stalked me through the gates....lol. I'm glad he did though as we had a lovely chat and he was the able to introduce me to some of the other bloggers at the 1pm meet. Michael from 28mm Victorian Warfare and Simon from Fantorical were snagged into a photo with yours truly by Jez and they put me to shame with their fancy waistcoats, although we did sport similar hairstyles........

To the obligatory pics then, first Rich "N4L" Gates stole my iPad and took a selfie.... 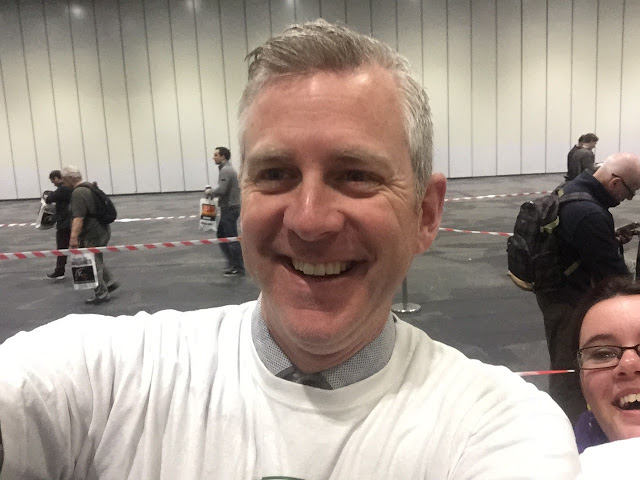 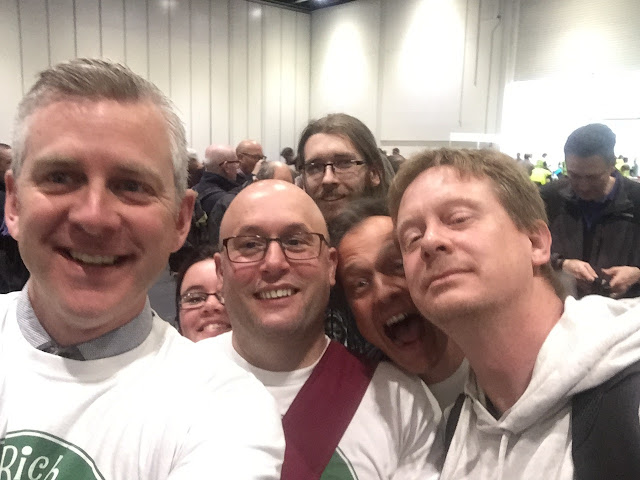 So to the demos then, i'm not sure of them all as I was in a bit of a daze, trying to fit them all in. 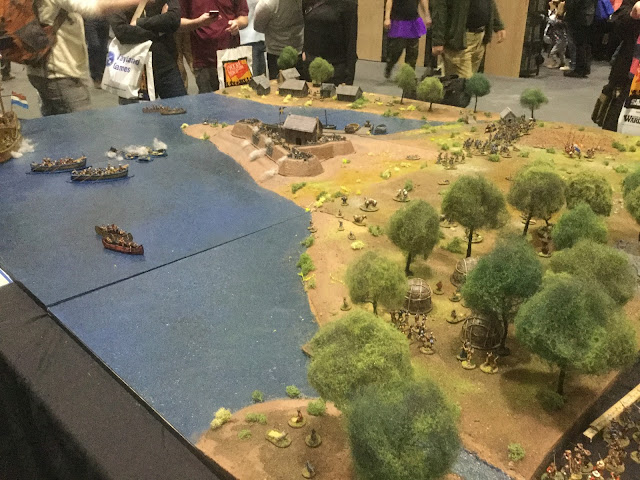 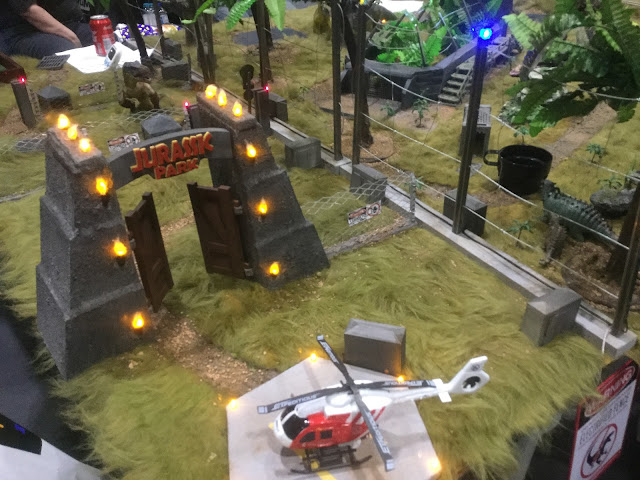 So to my swag then!  First up I hit the GCT stand for a shopping list load of Bushido minis that are show exclusive and/or brand new to bolster my many factions as well as purchasing a whole new faction which I will be showcasing once I get started on them (in 6 months.....).  I also picked up my copy of the GCT resources board game - The Pioneer Project.  Recently released following a successful KS programme, i'm looking forward to a romp in the post apocalyptic world.  I may have blown the budget in the first ten minutes....

Next up was some Reaper Bones models to help populate my new D&D project - some Kobolds and a couple of Heroes.  Then over to Ben at Master Crafted Miniatures to patronise his growing establishment :-).  Ben is doing some astonishingly good work designing new minis for upcoming ranges, for Bushido and for his own line of terrain and other stuff!  I got some tortoises (yes that's right!) which will populate either terrain or my Temple of Ro-Kan bases, some flying birds and toads. After that I sought out Dave Stone of Wargames Terrain Workshop where I picked up some amazing pieces which you have to see (when I paint them) to believe them.  In the flesh they are brilliant, although Dave will say himself that his photos on his website don't do the models justice (this is true, his models are outstanding!).  After that I picked up a cheap copy of the Walking Dead Starter game as well as a bargain Team Yankee armoured strike force and some amazing Hasslefree minis.  the photo below shows the extent of the haul, what it doesn't show is the distressed state of my wallet, which has declared itself a disaster zone.... 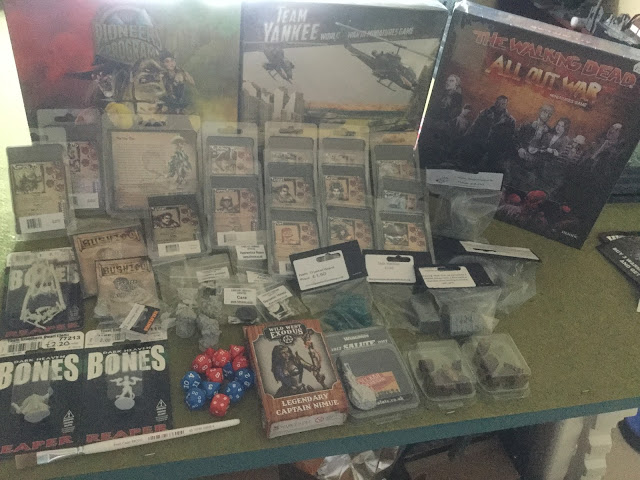 anyway I'll leave it there and you'll see the close ups of the swag as and when it is table ready.  A cracking day had by all, see you next year!

Email ThisBlogThis!Share to TwitterShare to FacebookShare to Pinterest
Labels: Salute