So we come to the last few posts of the Saga "Tale of 4 Gamers" series involving my gaming buddies from the Nerd Herd - Chris (Vikings), Damon (Scots) and Rich (Normans). A couple of weeks ago we all met up at Chris's house where in his loft he has his gaming table and it is huge!  We were able to have two Saga boards side by side and all four of us would be able to play at the same time.  there would be many battles, there would be much tension and there would be highly competitive games but most of all there would be lots of fun! (oh and a bbq and beer!!!)

Each of us was tasked to write up one of the games that we played as an AAR so that no-one had to do it all and we could all enjoy the day.  We would all play against each other using 4 point Saga warbands, the same warband throughout, using random scenarios.  The last game would be the "Feast of Crows" where we all fight together! (It was pretty brutal)

Each game would add points for the the players as follows

Points that the gamers received in the painting/modelling part of the series would be added together and the winner would get 4 points, the second highest - 3, third highest -2 and the lowest scoring - 1.  These scores would be added to the days tally to come up with a final score and a series winner

So a clear winner was Rich who scores 4, then me for 3 and Rich and Damon joint third they both get 2 each for that.  Chris clearly suffered from a lack of "fluff" in his last post and could have pulled ahead of Damon causing him to drop a point. 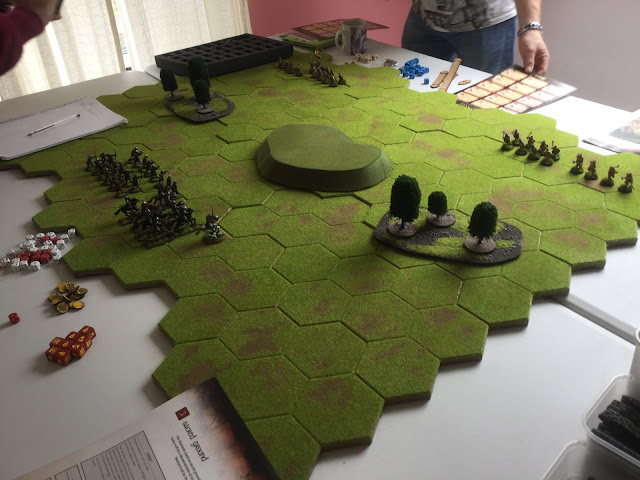 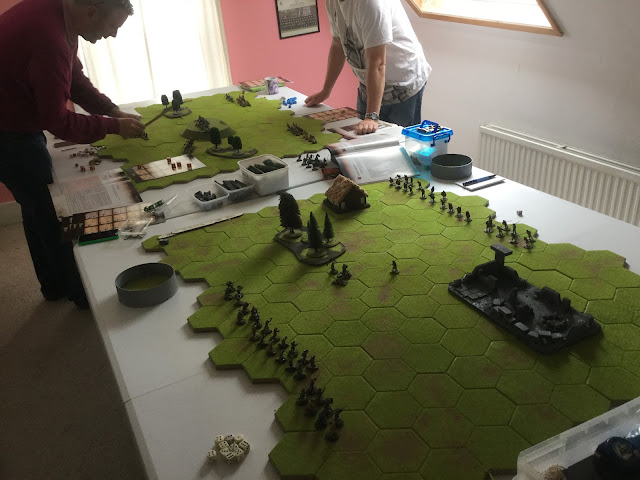 next up the reports
hope you enjoy
dGG