Masters of the elements!


I've only got a couple more posts left for the models I've been collecting for Bushido, at least for now :-) this will undoubtably change around Xmas time, when another faction will probably make its way into da Grotto. This could be either Silver Moon Syndicate - a collection of street trash and criminals, Kaze Kage - a shadow organisation of ninjas or what better to oppose ninjas than pirates, the Jung pirates to be precise - a brand new faction however models are scarce for this lot and I might wait and see until 2017 for them, that said the starter set came out this week and it looks awesome!! So awesome in fact I've started making some piratey terrain pieces in preperation for a new themed board - more on that later....

The first post will be for the last bits of my Temple of Ro-Kan faction (I know it is lacking in Rice Farmers and that won't change following this post but it will later on). But what I have got is some more minor Kamis, these elementals are ideal for boosting the monks around them and with the addition of the "Kami of the Strong West Wind" enhancing move stats, my monks will get into position a lot quicker and the addition of the " Kami of the Eternal Earth" providing some durability to them, they can only aid the fight for the Balance...

The Kami of the Strong West Wind is an air elemental and as such I tried to stick to light grey/blue to represent this. I used a base of GWs "Lothern Blue" washed in "Drakenhof Nightshade" then drybrushed with base colour, again with base plus "Fenrisian Grey" 50/50, then "Fenrisian grey" and finally the grey with white 50/50. 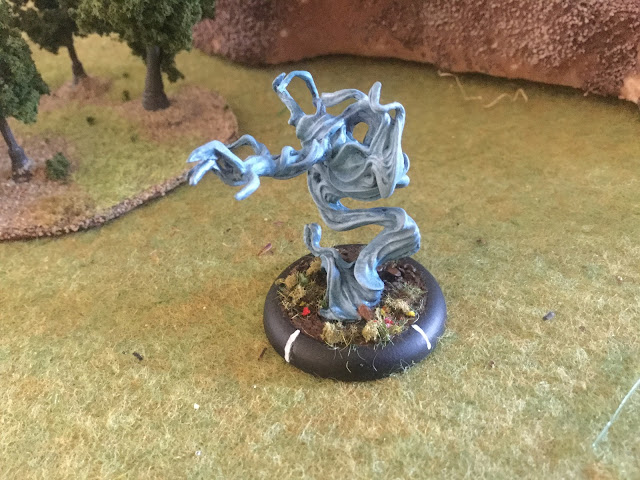 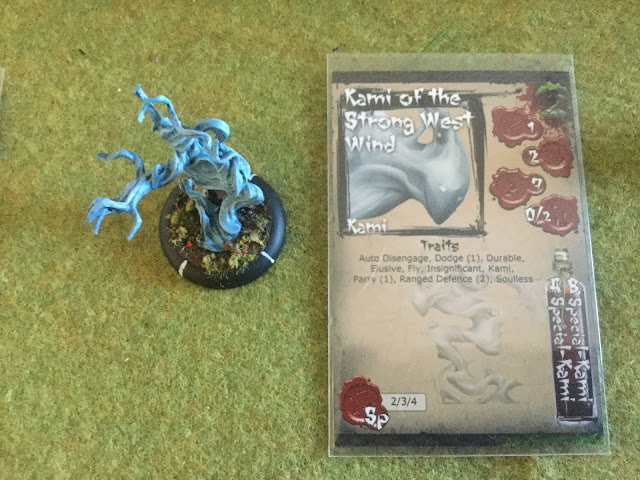 The Kami of the Eternal Earth was just as simple really with a series of grey base colours and highlights with black washes. When it came to the mossy type areas I basecoated with GW's "Mournfang Brown" rather than green and then drybrushed some dark geen over the top and highlighted the green up after that to represent the stone type Kami bursting from the ground covered in turf, this is not clear from the base which I kept quite rocky, so i might have to go back and give it a browner look. 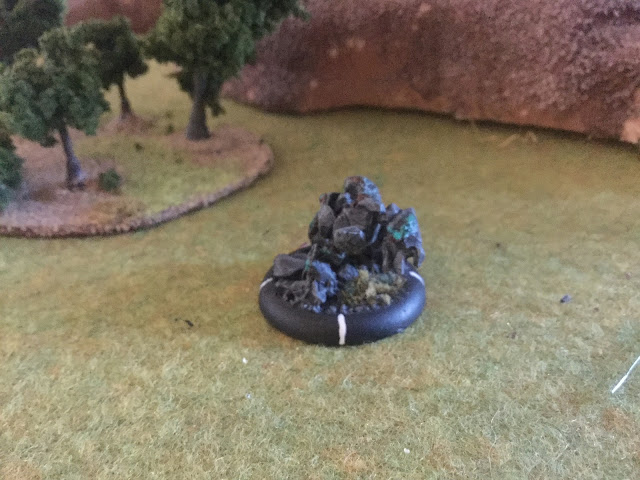 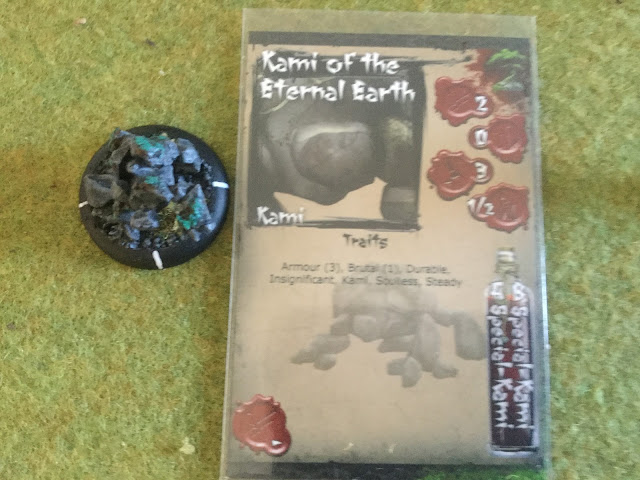 While i like the Kamis that GCT have produced I think the "Earth" Kami is probably the weakest model visually, looking a bit less animated than the others, but I still like them and they will boost my warband in higher rice games.

To finish this post then, here is a pic of the 4 Kami, representing 4 of the 5 elements according to Japanese legend, the 5th being "Void" and I'm not sure if there is a model in the range for this, certainly there isn't for the Temple of Ro-Kan.

And finally, finally..... ;-)
a pic of my entire Temple of Ro-Kan faction finished (maybe) 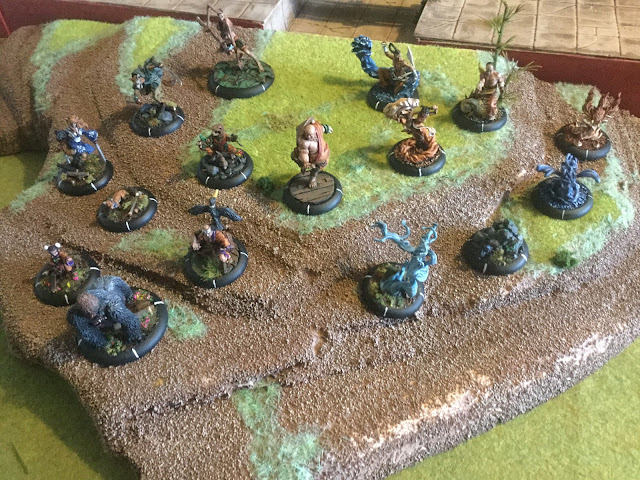 the fig count has definitely gone up!