Continuing from last week's post about Blood Bowl, I thought I would look at the team in depth.


Humans, in the Warhammer world (not the stupid AoS stuff, the proper Warhammer world) are your average joes! The neutral alignment, the average statlines, the average blah, blah, blah.... that's what people are always saying about the human teams "they're average at... (insert favourite tag line)".  What that really means is that they are supremely versatile! 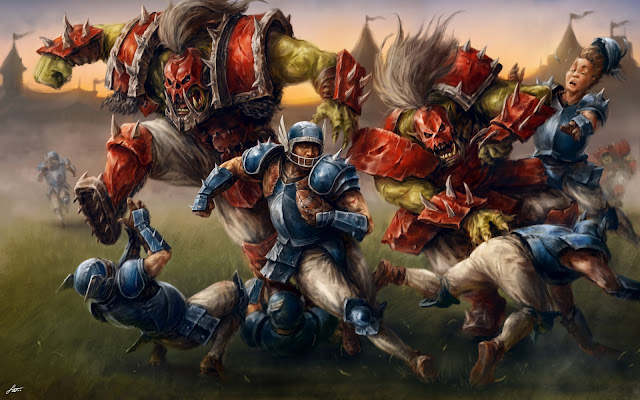 Want to mix it up with Orcs? not a great idea but with support they can stand up against the bashy teams and yeah your team can take 4 Blitzers and a bloody Ogre! And I guess that'll turn even an Orc team into a paste.

Want to chuck the ol' squig skin around? Your boys might not be able to drop  a long bomb into the EZ with the silky skill of the elf teams but with Throwers and Catchers available to you, you can get those rerolls in and guarantee a few spectacular TDs.

That said I will start with the Mr Average (not just humans, all races) of the BB world, the unsung heroes - Linemen! 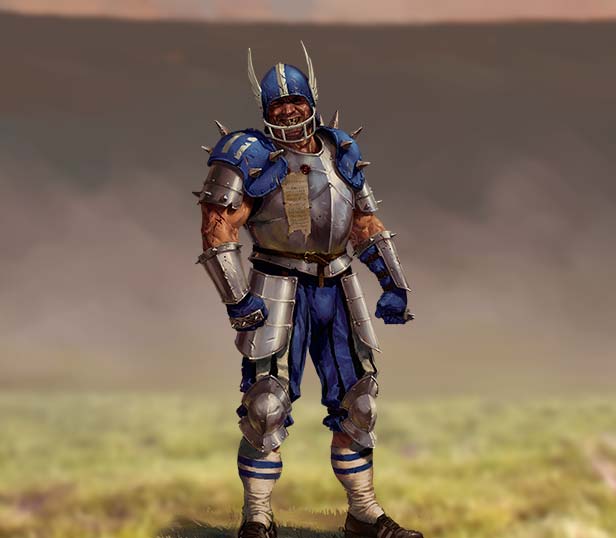 Linemen are the guys who step in the way of the speeding Blitzers in the vain attempt at stopping them from battering your Catchers. They are the guys that fill in the gaps in the team and support the superstars, they are the cannon-fodder!

The average lineman, is well, average. Not really quick, not really agile, not really strong. Just able to play every role in a pinch. Cheap as chips and twice as disposable, most teams go through linemen at a rate of knots as they often take a battering. The Double U's are no different except for one particular lineman...

Little do any of his team-mates know but one of these humble organ donors is a scion of the deposed ruling family of Ubersreik.  Hiding in plain sight, the heir to the Von Jungfreud family plays a mean game of ball.  Da Gobbo, using his shady connections smuggled the young noble away from the family keep before the Imperial troops raided it and has kept his secret safe... for now! 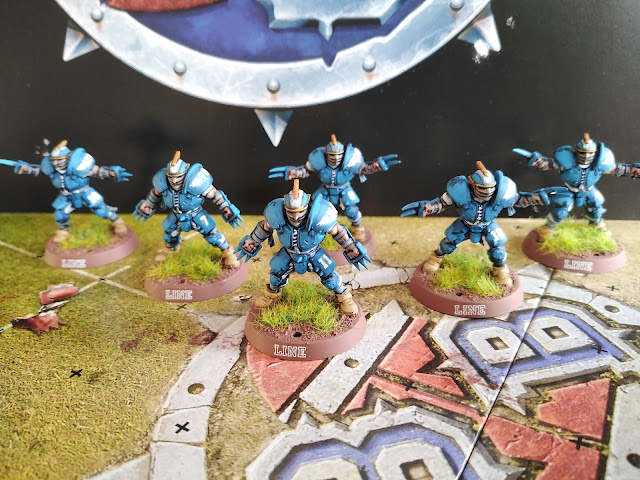 From left to right we have: 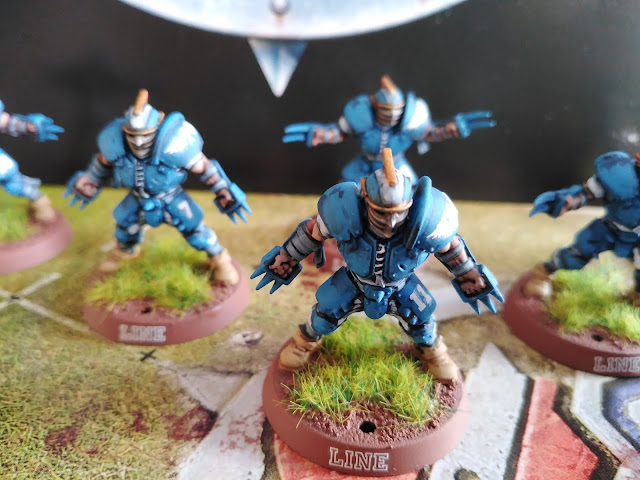 Personally I think these minis are anything but average and the GW has played a blinder here. I love the look and feel of these bad boys and really enjoyed painting them.  My only gripe and really it is my only gripe is that the sprues are repeated so that you have duplicate sculpts in your team, that said the sculpts are excellent!