Wow! So looking back through my old posts to see when I last wrote about Blood Bowl, only to discover it was well over a year and a half ago!


Oh yeah, this post is about Blood Bowl... oops! 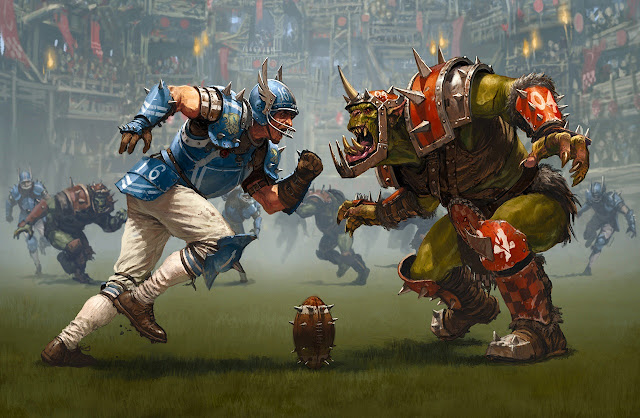 So anyway, I was looking for some online gaming a couple of weeks back, playing Warhammer Total War and Scythe, when I stumbled across an ad for Blood Bowl II.  Instantly I wanted that game, I'd played the first version on PS3, enjoyed it and then my son moved out and took his consoles with him.  I tend not to play too many digital games as I find most of them too annoyingly similar, but I do enjoy strategy games and love BB so I duly purchased the game on Steam and have been playing it ever since! Then I got the BB novels by Matt Foebeck off my shelf and reread them! then I purchased the kindle version of a short story anthology for BB. The obsession began...

Finally, I cracked out the box I had sitting on my shelf for so long gathering dust and started painting miniatures! 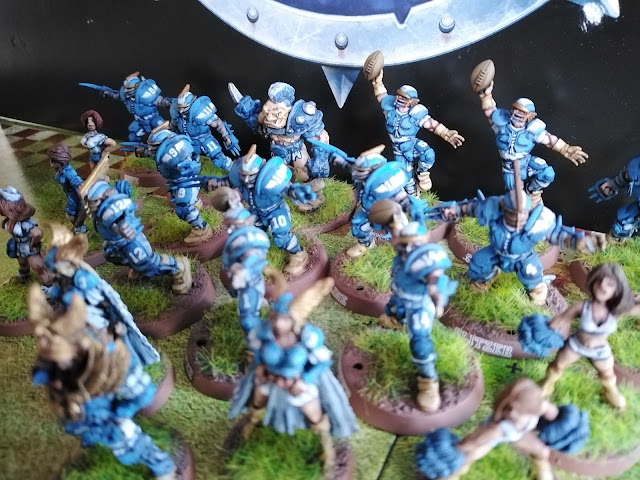 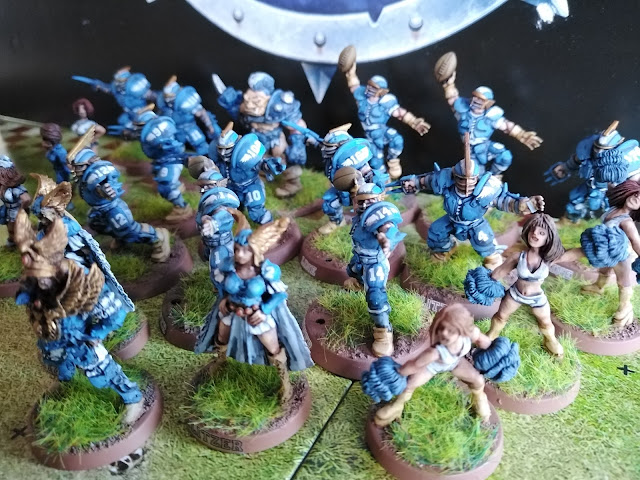 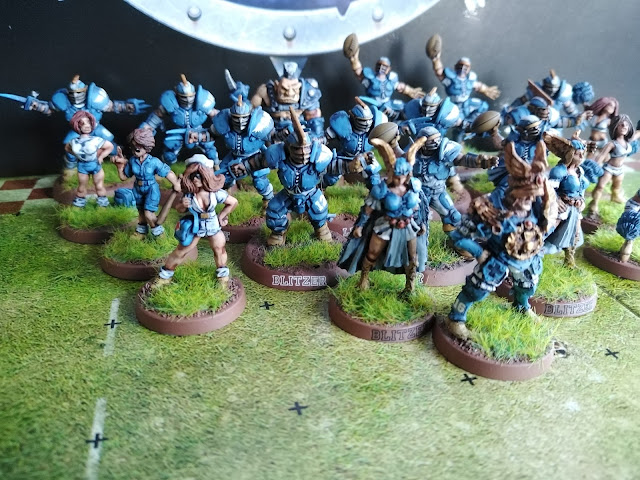 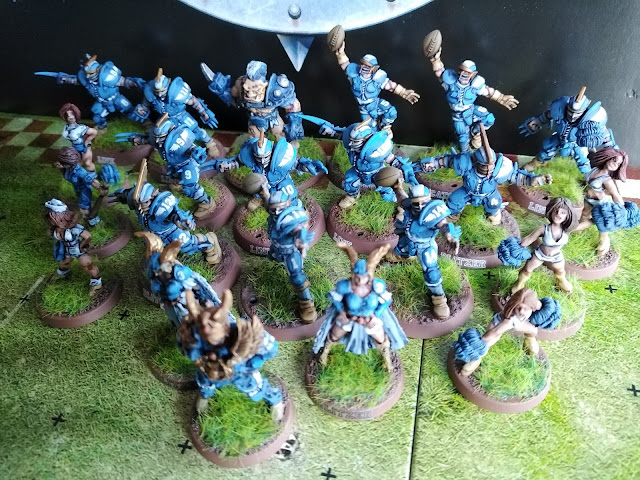 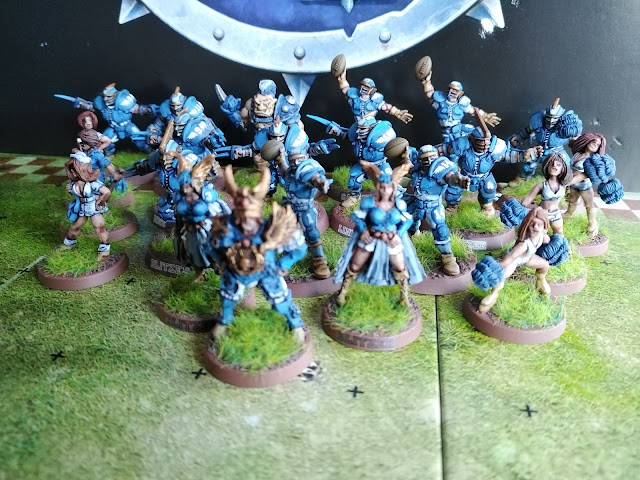 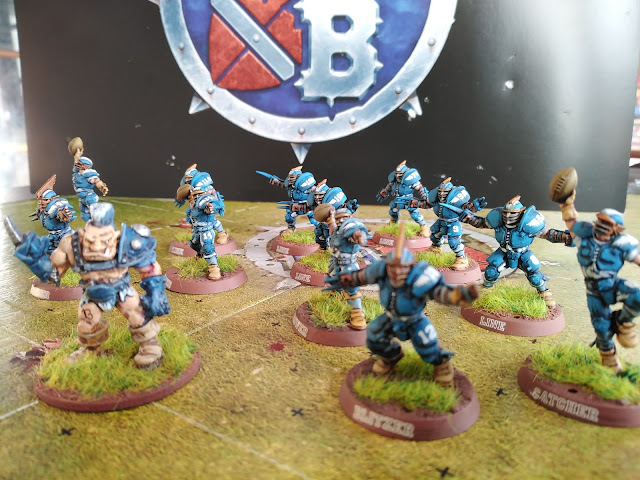 The Double U's are a mainly human team based in the Free City of Ubersreik, part of the Reikland and not too far from the infamous Castle Drachenfels. Ubersreik (click the link) is a major trading centre along the mighty Reik river and across the main trading routes to Brettonia.  The city is currently in a state of upheaval, following a removal of the ruling family - the Von Jungfreund, by the Emperor himself.  It is also the setting for WHFRP 4ed and a bloody dodgy place to boot! The Underworld are financed and owned by a very shady character indeed, the mysterious "Gobbo", although he is most definitely not a greenskin, that much is just about all anybody knows about him...

As for the team, they are up and coming, or so it is said (mostly by themselves). After a rather rocky debut, which they lost in the dying seconds, new blood has arrived to strengthen the team and drive them forward.

Yes I managed to play a game of BB for the first time in 25 years, against Damon's Orcs and lost 3-2 with the final touch down coming in the last turn of the game due to a double fumble by my Thrower. Despite that, it was great fun and I'm determined to get more games in before joining a local league, when they hit their second season next year.