According to Chinese Taoism and esoteric Onmyōdō, the ways of yin and yang, the northeasterly direction is termed the kimon (鬼門, "demon gate") and considered an unlucky direction through which evil spirits passed. Based on the assignment of the twelve zodiac animals to the cardinal directions, the kimon was also known as the ushitora (丑寅), or "Ox Tiger" direction. One theory is that the oni's bovine horns and tiger-skin loincloth developed as a visual depiction of this term.[14][15][16]
Temples are often built facing that direction, for example, Enryaku-ji was deliberately built on Mount Hiei which was in the kimon (northeasterly) direction from Kyoto in order to guard the capital, and similarly Kan'ei-ji was built towards that direction from Edo Castle.[17][18]
However, skeptics doubt this could have been the initial design of Enryaku-ji temple, since the temple was founded in 788, six years before Kyoto even existed as a capital, and if the ruling class were so feng shui minded, the subsequent northeasterly move of the capital from Nagaoka-kyō to Kyoto would have certainly been taboo.[19]
Also, Japanese buildings may sometimes have L-shaped indentions at the northeast to ward oni away, for example the walls surrounding the Kyoto Imperial Palace have notched corners in that direction[20]
So this week, I give you the "Oni of Spite"

I painted him up in very dark colours, in contrast to brighter reds and yellows (and blue!) of the previous Onis.  This is because he looks a lot more sinister and death like, particular the cadaverous look and scythe like weapon. 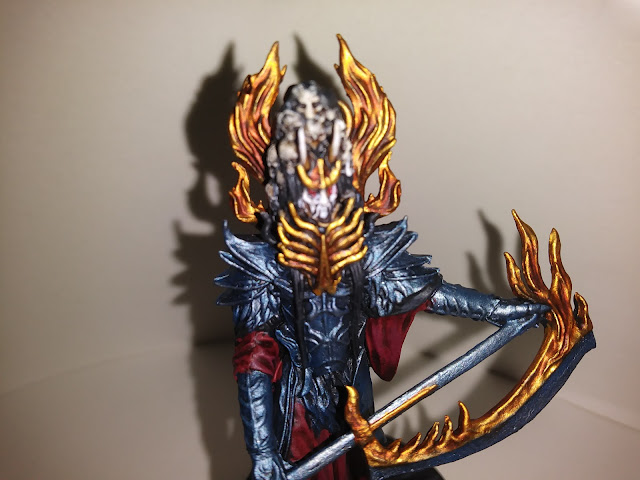 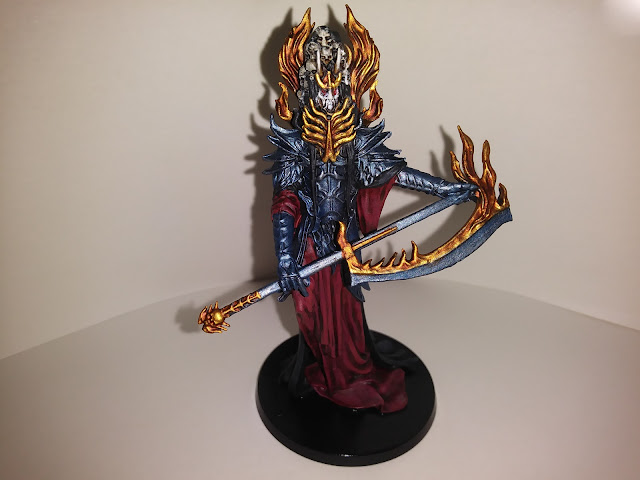 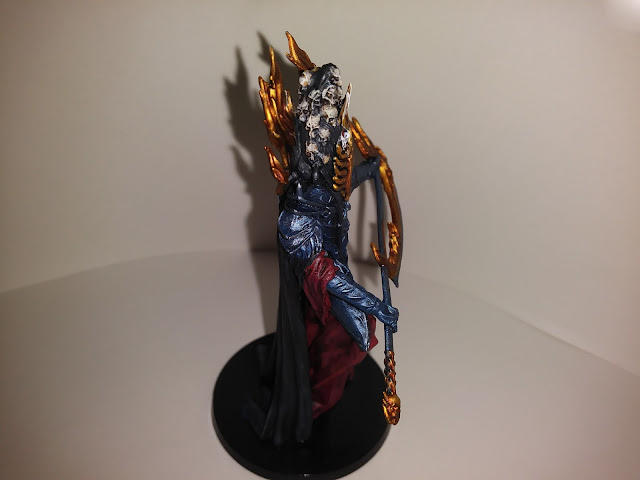 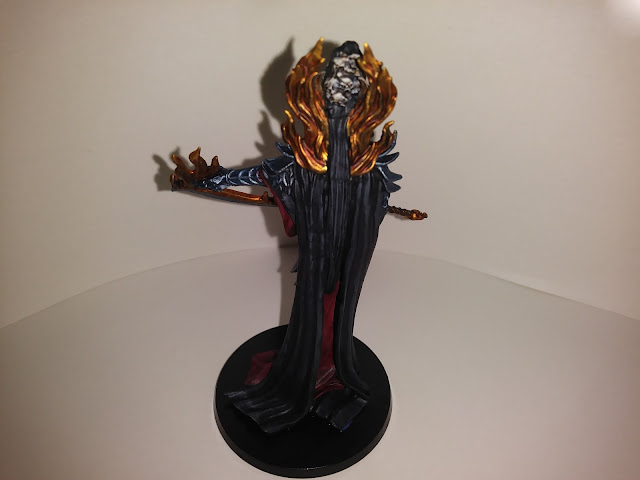 The reds and blacks while simple looking, required several layers of highlighting.  The gold, I decided to make a rose coloured to add to the reds of the robes.  I picked out the skulls in the hair of the oni and painted it the same as the Oni's skull like visage. Finally I painted up the armour using a combination of metallic blue and pewter coloured paints, thanks to Bryan "Vampifan" and his beautiful rendition of the "Intruders" in the game Nemesis.

anyway, one more Oni to go and then I'll move onto the "Lucky Gods" expansion.