This is the last of the huge "miniatures" from the base game of Rising Sun.  I have more expansions for the game, including extra monsters, Kami and of course the actual clans themselves, so expect to see them being added to this blog at some point.

The Oni of Hate!

The traditional bean-throwing custom to drive out oni is practiced during Setsubun festival in February. It involves people casting roasted soybeans indoors or out of their homes and shouting "Oni wa soto! Fuku wa uchi!" ("鬼は外！福は内！", "Oni go out! Blessings come in!").[21][22] This custom has grown from the medieval ritual of tsuina (Chinese: nuo) or oni-yarai, an year-end rite to drive away oni (ghosts).[21][23]
Regionally around Tottori Prefecture during this season, a charm made of holly-leaves and dried sardine heads are used as guard against oni.[23][24]
There is also a well known game in Japan called oni gokko (鬼ごっこ), which is the same as the game of tag that children in western countries play. The player who is "it" is instead called the "oni".[25][26]
Oni are featured in Japanese children's stories such as Momotaro (Peach Boy), Issun-bōshi, and Kobutori Jīsan.
In more recent times, oni have lost some of their original wickedness[citation needed] and sometimes take on a more protective function. Men in oni costumes often lead Japanese parades to dispel any bad luck, for example.
Japanese buildings sometimes include oni-faced roof tiles called onigawara (鬼瓦), which are thought to ward away bad luck, much like gargoyles in Western tradition.[27]
Many Japanese idioms and proverbs also make reference to oni. For example, the expression oya ni ninu ko wa oni no ko (親に似ぬ子は鬼の子) means literally "a child that does not resemble its parents is the child of an oni", and may be used by a parent to chastise a misbehaving child.[5]

Anyway, here is the Oni of Hate 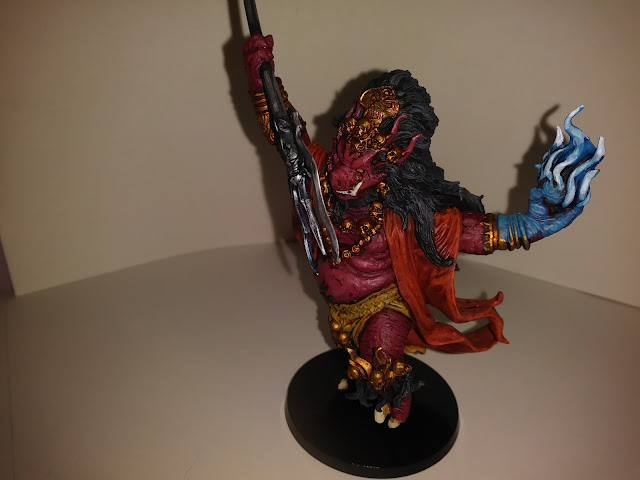 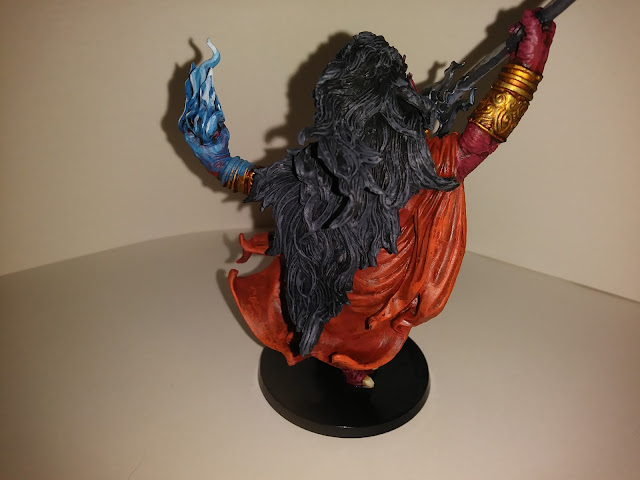 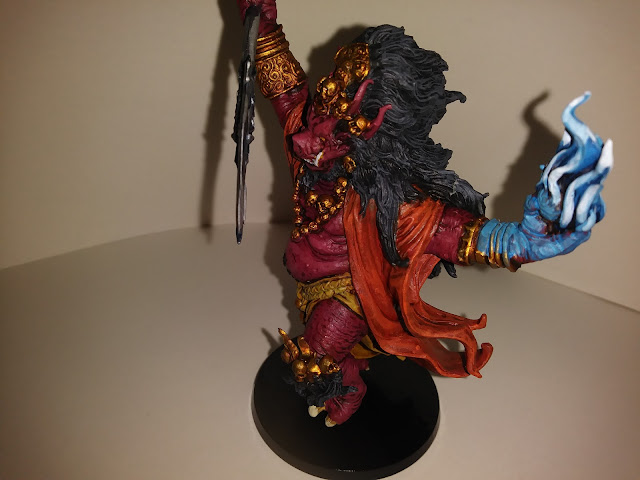 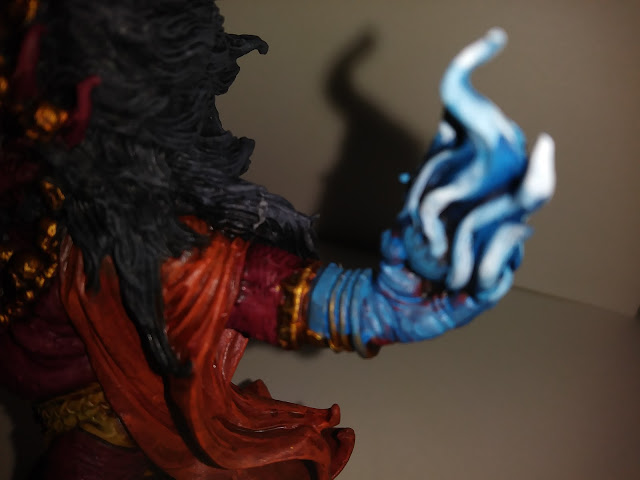 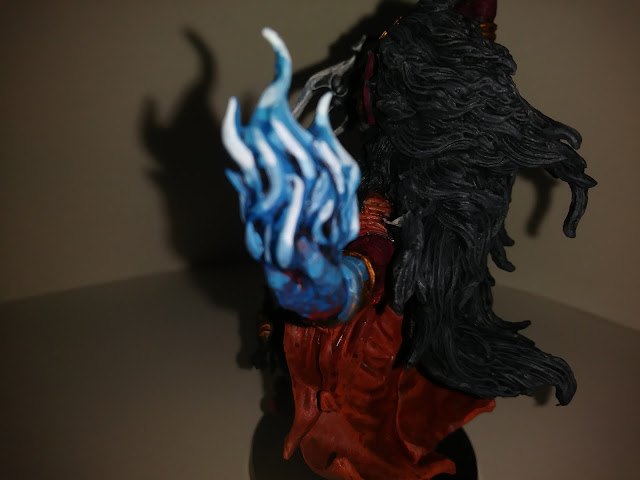 This time I went for a similar scheme to the official artwork, although the orange of it's kimono is a little lighter than the blood orange on the card.  The pig faced Oni, received a lot of dry brushing, mostly due to the larger areas that needed covering.  Of particular note is my rather clumsy attempt at OSL on the blue fairy fire.  Hopefully it doesn't come across too messily.

That finishes off the monsters from the base game of Rising Sun.  now to crack on with the expansions, but before I go here's the obligatory group shot.... 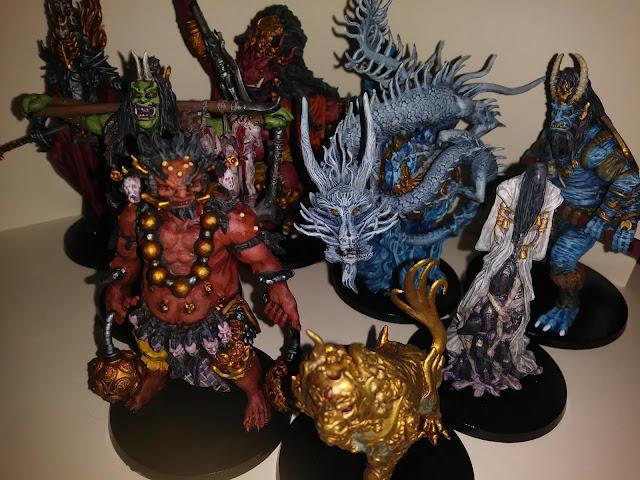 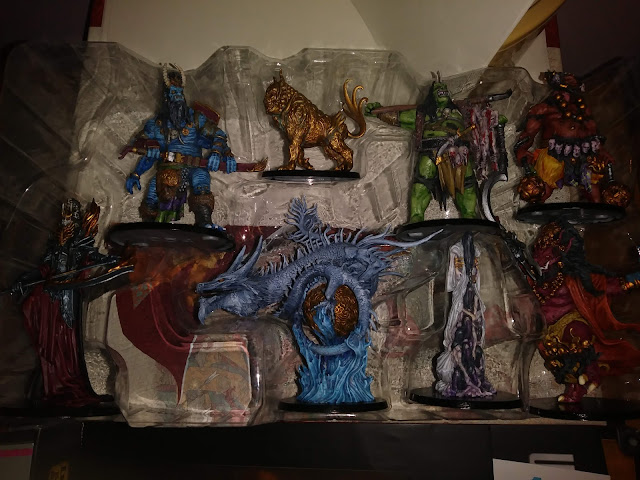