When Judge Dredd the Miniatures Game (JDMG) came out a few years ago, they bought out (for me anyway) the best set of miniatures ever - the Ape Gang.

Now none of my gaming group have the same interest in JDMG as I do, so I just sat back and watched the inter webs with envious eyes as they bought out lush miniatures that captured the fun, gangster like nature of the genetically altered simians. But I recently became the proud owner of these... 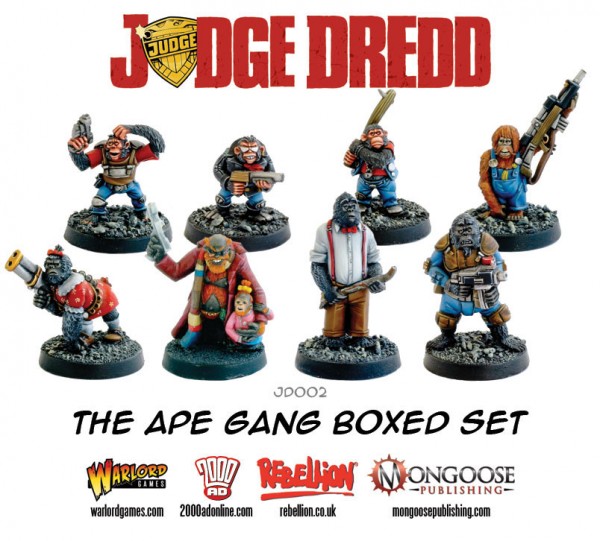 Ok I don't have all of them as I haven't got the Orangutan Leader model, but I have got the rest! As part of the very generous prize offered up by Vampifan a few weeks ago.  I did have a little look around for some cheap apes to bolster the gang over Black Friday but I kinda blew my entire years budget on Bushido, the majority of which will have to be gifted back to me as xmas gifts such was my lavish spending of money I don't have......curse my impulsive love for Bushido models.... so don't expect to see those until after xmas, but I promise there will be some glorious times ahead come 2017!!

Most animals were killed in the Great Holocaust with the exception of those in zoos. Later the technology was developed to alter the brain-cells of apes to allow them to speak. The freed apes have all settled in a part of Mega-City One now called The Jungle. The buildings are less uniform and feature staircases designed for ape use. There is an establishment called Banana Brunch there. Mega-City Zoo features Gleeps, Muties and now Monkeys. Heston was the brain child of the sadly deceased Stewart Perkins and his friend Jake Lynch.  I had hoped to see Harry Heston in miniature form but alas.

Anyway back to these gorgeous apes.  This is what I got in my excellent bundle... 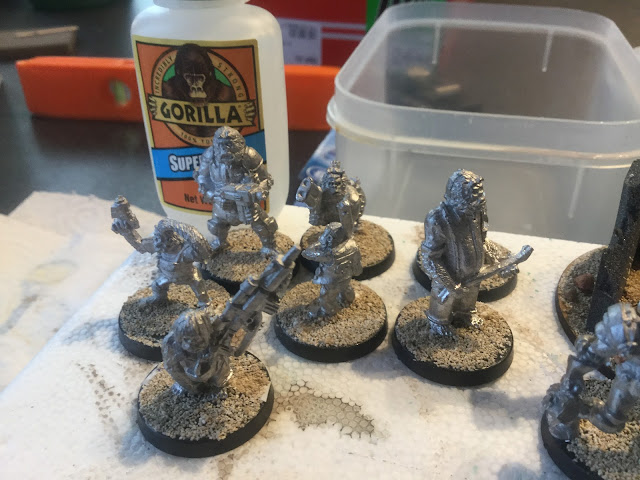 Note that I assembled these guys with Gorilla Glue! guffaw guffaw... ahem, sorry about that. Once assembled and the bases sanded I gave them a spray of grey car primer, then onto the painting.  First of all I decided to paint the Gorillas.  There are three of them and as apes generally garb themselves anyway they can, it gave me carte blanche to paint an eclectic mix of colours. 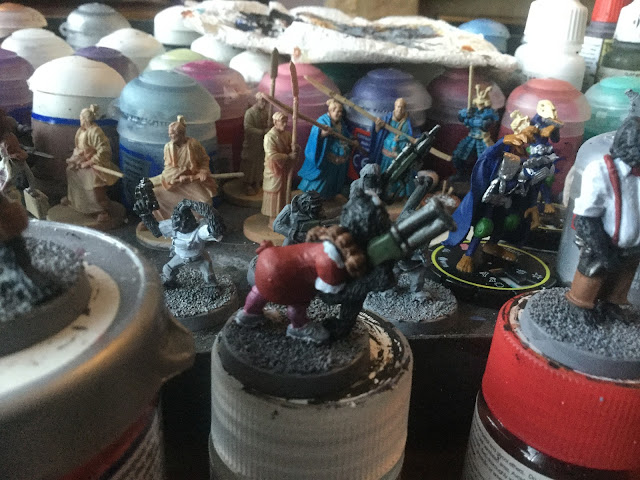 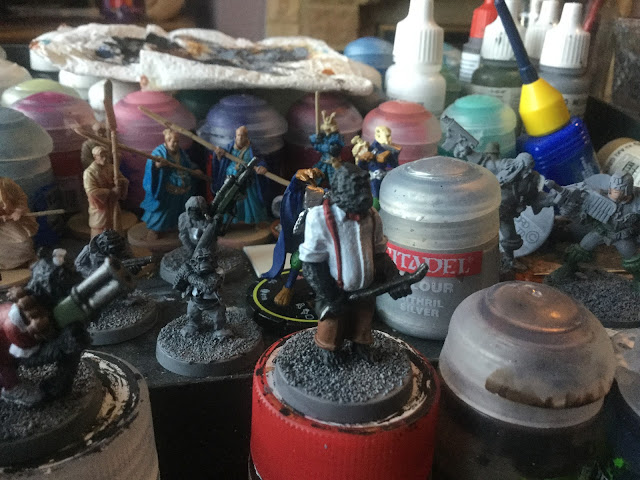 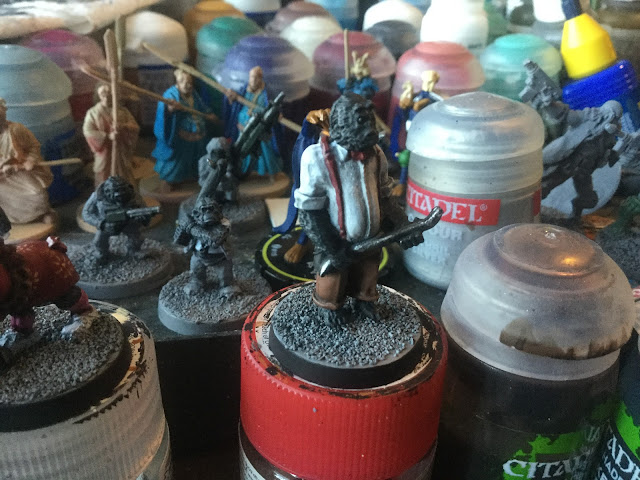 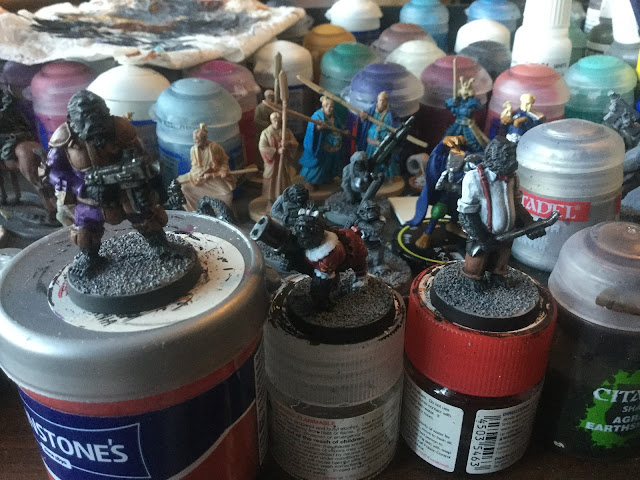 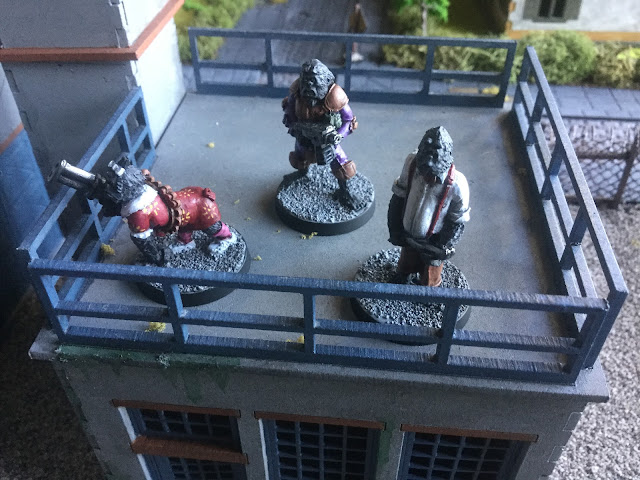 With the Gorillas done it was onto the Chimps and the single Orangutan sniper. 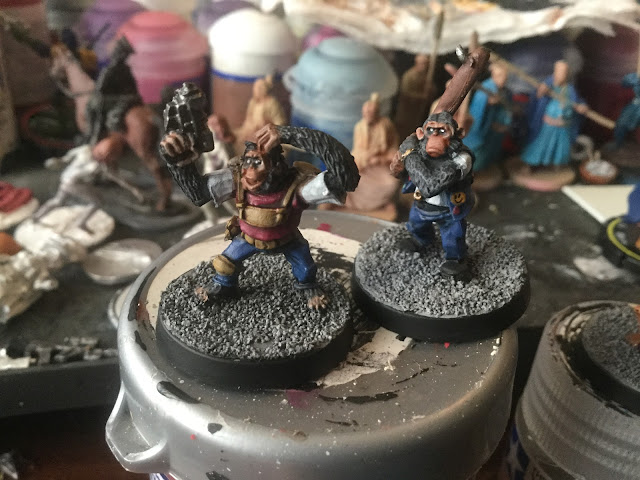 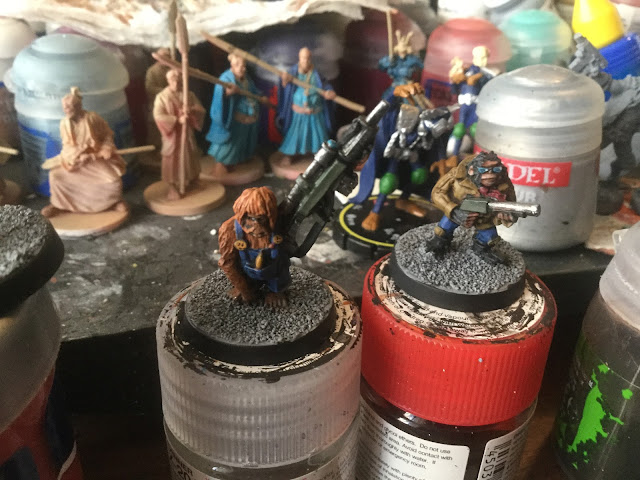 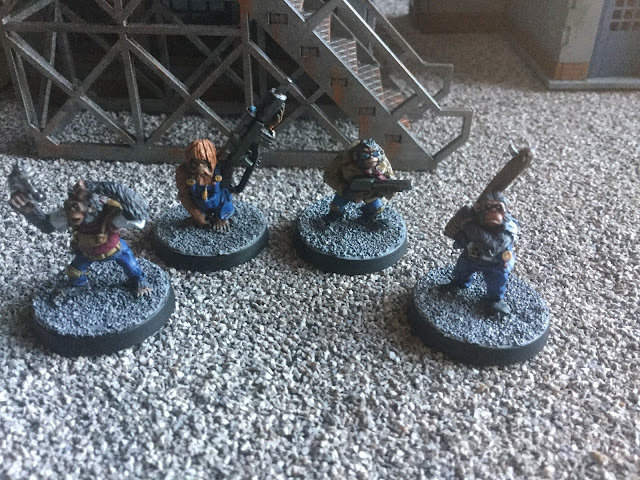 So there we have it, I will be looking out for a suitable leader model and maybe add some of the ape bikers that were produced by Warlord (but not reduced in their sale).