The Silvermoon Trade Syndicate  have their collective fingers in many pies, from import/export (both legal and illegal) to opium dens, to prostitution and a multitude of illicit activities including gambling!  One of the many places that the shadier Jwar citizens can gamble at are the fighting pits, where giant Butos clash in titanic struggles, gladiators of all shapes and sizes can find glory in front of a baying crowd.  Of course there are various different types of fighting pits from the more luxurious special built arenas to the most seedy back streets in Jima town.  This is where you'll find the animal fights.

****quick disclaimer - I vehemently oppose organised animal fights/blood sports of all kinds, i find them abhorent and do not support them in any way, humans have choice  (most of the time) and can do what they like but animals do not!!****

Anyway for Xmas, for my STS faction I received  some "Pit Dogs" here is the blurb from GCT Studios...

The mongrel pit dogs of Jima’s fighting pits are bred for their ferocity and savage nature from pups, with only the most aggressive and vicious surviving. Harshly trained and conditioned into living weapons, used to create spectacle and serve as guard dogs for the Oyabun and high ranking members of the Gumis. The Iron Fist’s trainer able to guide these hounds with the crack of a whip to wreak havoc amongst their terrified victims.

I wanted them for their ability to run interference for my other fighters.  They are relatively quick - ignoring terrain, tough and cause fear if they initiate melee.  Not the best fighters but tenacious and when combined with some future faction fighters, particularly the animal trainers that arrived over the holiday period (that will include my birthday too) they should prove to be quite the handful.  At only 3 rice each and with a dual track I intend to take both if I can, when I can.

From a painting point of view they were fairly simple, a little Vallejo "Chocolate brown" and white and its all done. 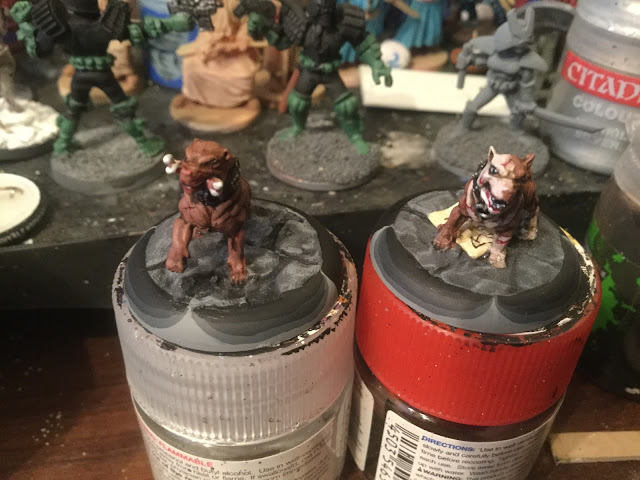 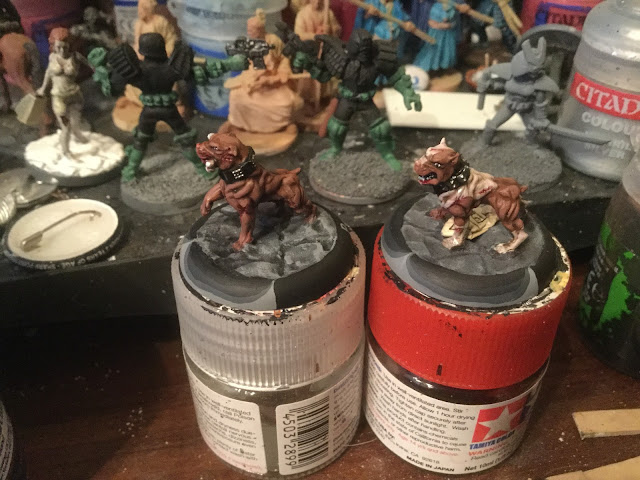 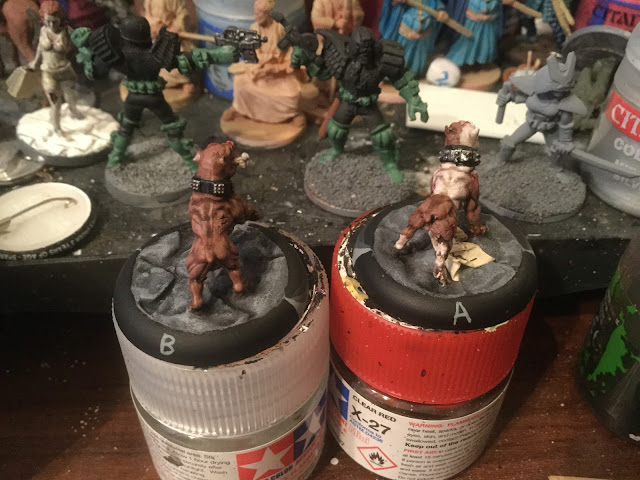 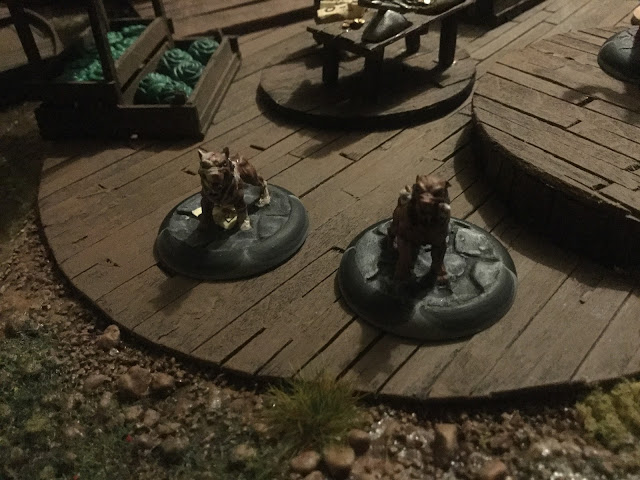 I'm so excited about the imminent arrival of the rest of the faction, we've got Oyabuns, Sumo/Butos, street urchins, leopards, repeating crossbows and fighting chickens!!