The peasants are revolting!


The last minis in the Temple of Ro-Kan starter pack are the rice farmers. In the pack you get two, one of which is the standard "rice farmer" shown below on the left. He is very much a support model with his bodyguard trait he can sacrifice himself for the "greater good" or he can buff the "ki" feats of your monks with his "Faith" ki feat, making it easier for your monks to do what they need to do. The farmer on the right can be used as a bog standard version or she can be enhanced at the cost of an extra rice point to a named character - Atsuko, although still counted as a "peasant" model she brings with her a barrel of healing saki (well it might be holy water but...) to distribute to tired monks and fighters restoring their bodies back to health. 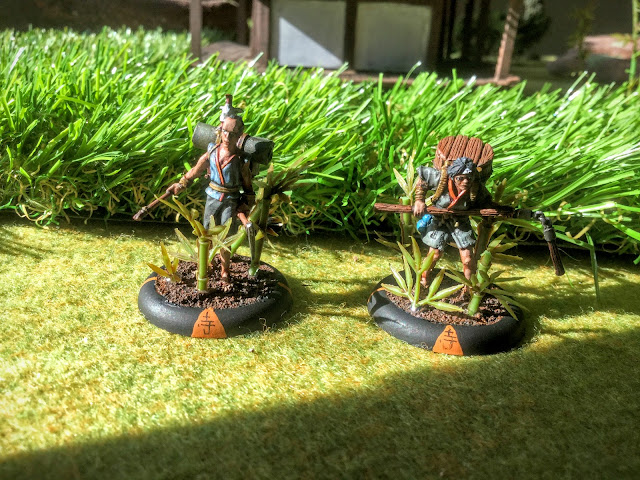 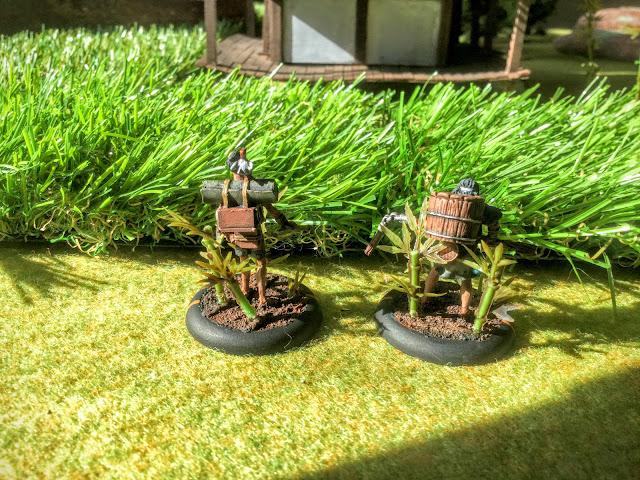 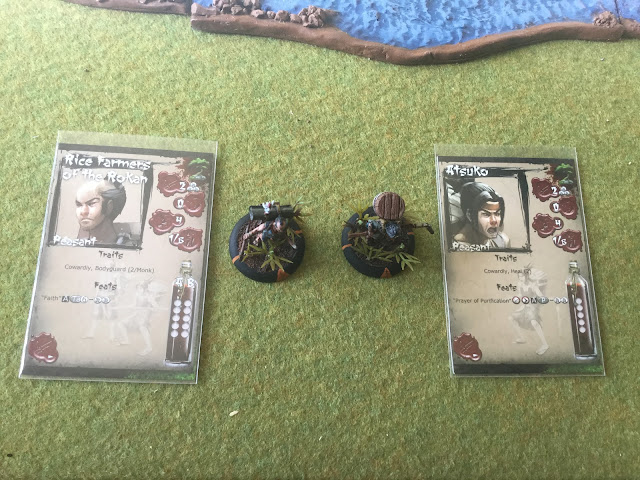 Paint wise they have no right to wear the orange of the Temple as they have not even been initiates so it was harder to tie them into my faction beyond painting the base, so i just stuck to drab, homespun colours.  For GCT standards the models themselves are fairly basic, although the chicken on the farmers backpack is amusing, the rest of them are fairly meh! so I just powered through. The bases have had bamboo attached in rows in an effort to look vaguely field like but i wasn't really feeling these guys, which is a shame because they are likely to see action a lot due to "Faith"

Lastly a group shot of the Starter Set - I really should have bought these first as they are a lovely balanced introductory force of about 35 rice (the recommended starting warband cost) GCT have done well with their starter sets and all of the factions except the ninjas have them.  I have got the Prefecture of Ryu starter set coming in a couple of weeks and when I finally get round to collecting the other factions i will go with the starter sets first. 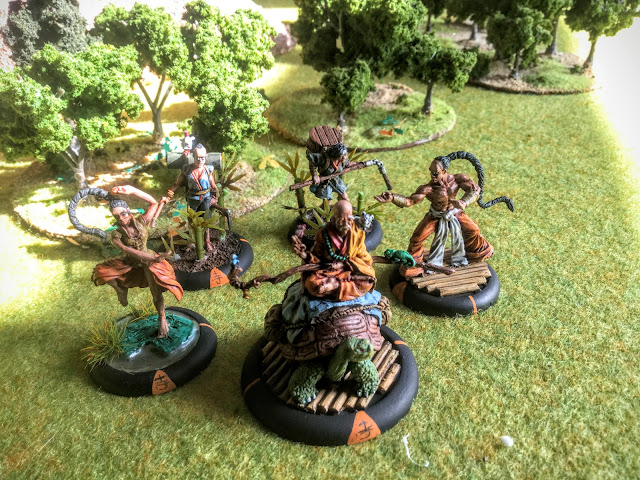