One of the standout gifts I gratefully received  at last week's anniversary celebration last week was this wooden box. 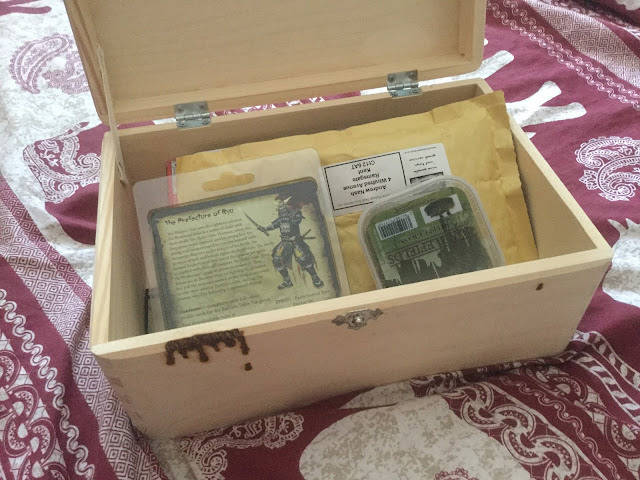 The box was handcrafted by a couple of artisans who were visiting the next town over for a Folk festival - Broadstairs Folk Week. The festival is a massive boon to the Islands local economies and more importantly adds a lot of colour and energy to Thanet in general (the Isle of Thanet being a collection of towns and villages on the South East of England....ah look it up....) I love it, loads of music, loads of ale and loads of "fringe" artisans displaying their cottage industry wares. No mass produced commercial rubbish, just interesting one off pieces produced by true artists, working in wood, leather, metal, ceramic - awesome.

There were several boxes of similar sizes and smaller, even a couple of chests (they were amazing but hugely expensive) all of them hand decorated with a Hotwire to burn in a design. I casually remarked how clever they were and how great they looked and walked away to the next stall, meanwhile missus Gobbo was thinking about our upcoming milestone with a thoughtful expression on her face.  So while I was drooling over the handmade fudge stall, she was chatting away with the artists and sorting out this 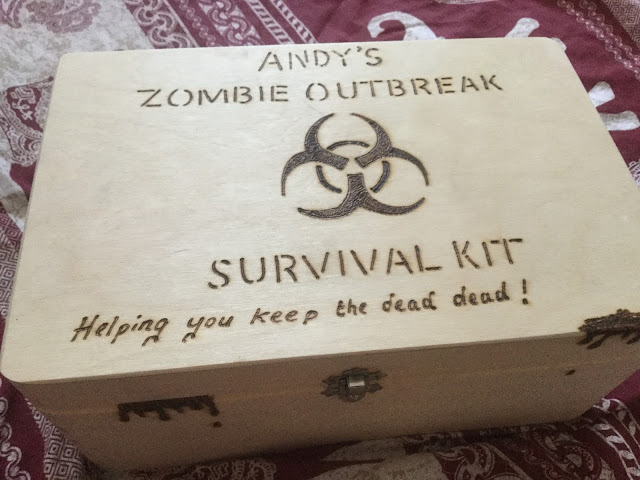 Now I know I showed this picture last week in my Loot post but I have to say what a clever, delightful design it is, personalised to me and so thoughtful that I think it deserves a second showing. Anyway missus Gobbo filled it with lots of hobby shiny and said I could use it to store models or modelling supplies in it but that seemed like a shame to keep it in da Grotto and not show what the box off in all its glory. I wanted to take it out of da Grotto, on the road with the Nerd Herd and getting some use.....Lightbulb moment! I'll use it to transport my miniatures around.

So the following day I went out and bought some supplies from hobbycraft and set about making a troop transporter! now I didn't want to mess with the box itself as its a piece of art, so i needed to be a little respectful and add a removable interior (which also gives me more flexibility) which wouldn't detract from the original work.  With this in mind I took some basswood, which is sturdier than balsa but thinner than plywood and with a lot of cutting and cursing made up some inter-lockable dividers.  most of them were 40mm divisions to accomodate the 30mm bases of my Bushido figs, there are some larger spaces for 40mm+ bases, cards, rulers and suchlike. because there was enough depth to the box I added a clear perspex sheet that can be popped over the dividers to create another layer but still allow me to check that the models are ok. 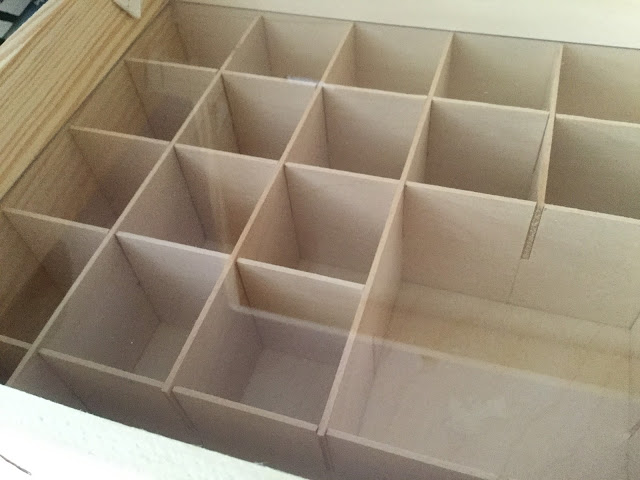 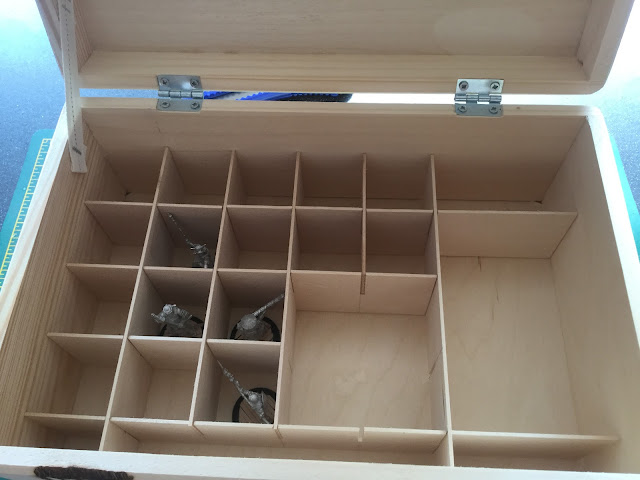 that's it for today.