I'm still producing terrain for my Bushido project, thinking about the types of terrain I needed I decided to build a watchtower - Yagara in Japanese.  It was going to be part of a river and bridge project but those parts have been put on hold until i can figure out how i want my river to be built.  Instead it will stand alone until I work out the other parts. Yagara means "tower", "turret" or "castle" in Japanese but can also mean watchtower.

I wanted my watchtower to be a focus of village life, a bit like a town hall as well as the focus of military power in the region.  I built the tower in pieces so that it would be completely playable as always. The first part that i built was the lowest part of the tower and i wanted it to reflect the civic part, therefore i made it into a "Gaol"


As with all of my recent scratch built efforts, the buildings have to be fully playable as well as having some little details to bring the piece together, so steps are wide and the buildings aren't as cluttered as most normal buildings would be.

The majority of Japanese buildings are wooden or paper, however certain buildings had stone as part of the structure.  i decided that the base of the tower would be stone, with that in mind i used foam board to form the walls.  In order to represent the stone effect I covered the exterior walls in soft foam and carved a "crazy paving" type pattern into it.  I used coffee stirrers to line the interior walls and the floor and built a staircase, the stair risers were very wide in order to take a model and be more playable.  The bars were made of matchsticks and a section of stirrer as a lock plate. 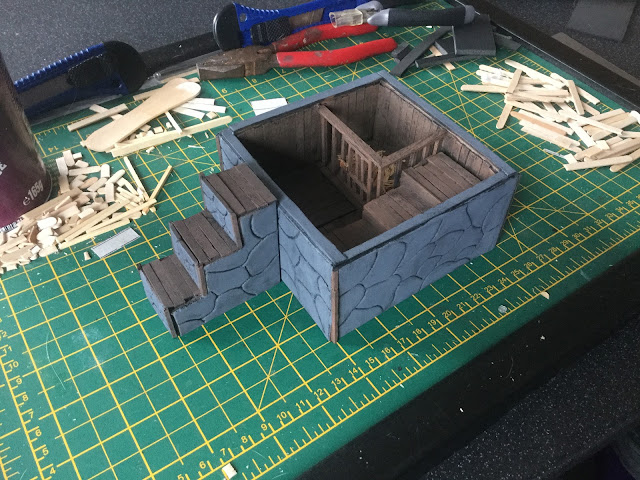 the steps were made in the same way as the base with foamboard and soft foam, i decided on wooden risers, i'm not sure why now, probably to break up all that monotony.  Looking back i wish I had made them so that they were sideways onto the building rather than face on. 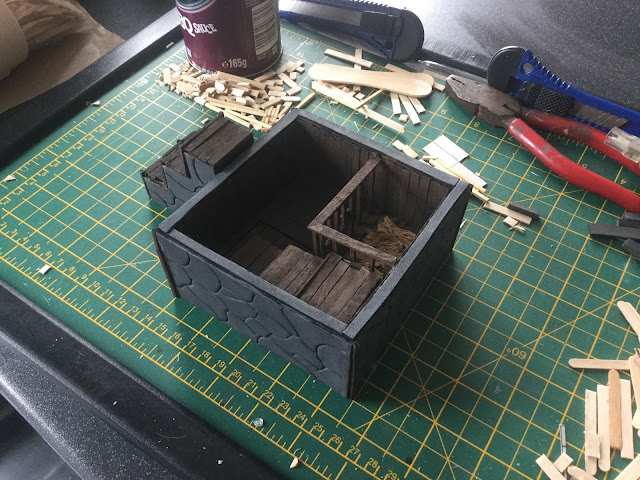 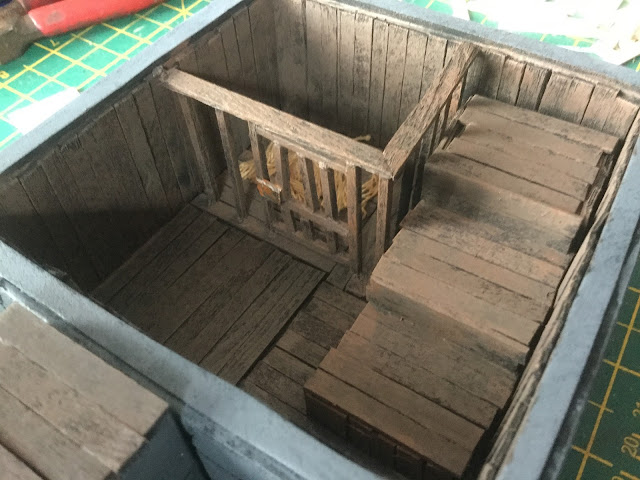 The wooden colouring is a 50/50 mix of Vallejo khaki and saddle brown and simply dry brushed over the black undercoat.

The next level is the entrance to the tower and the living space for the guardsmen.  For some reason i haven't really taken that many pics and so its hard to describe the process I used. basically much of this floor is coffee stirrer, with four balsa wood posts in each corner to add some strength and stability.  the floor is on foamboard and was laid under a heavy book for over 24 hours but still managed to warp and bend at the slightest sniff of paint !?! 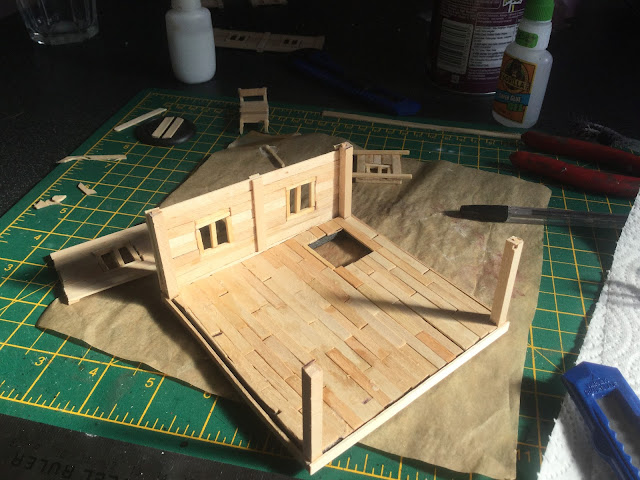 The weapons rack in the corner by the door has bows from GW's Lothern Sea Guard from the Isle of blood box set and the Yari (spears) are from the same set. The bed is the same straw effect but as they are guards and not prisoners they get a blanket... 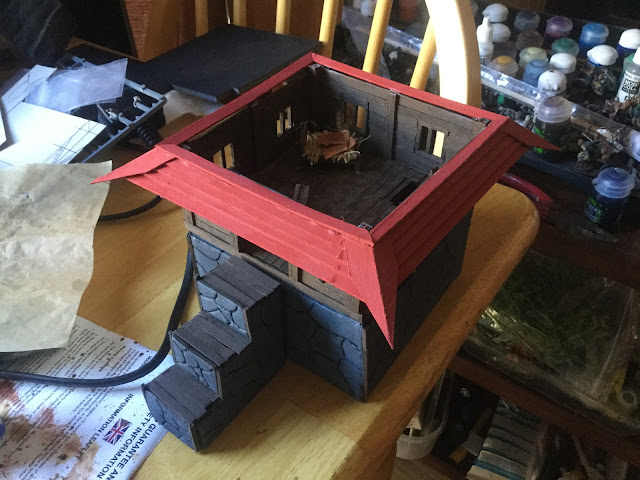 that's it so far, one more layer to go!