The door to the house hung heavy on its hinges, almost like the building itself had aged with the horror that had been perpetrated within its walls.  With her katana drawn and leading the way, Violet leapt nimbly across the door jamb and swept her gaze across the front room. To her surprise two young women were now standing in the room, one of them who looked no older than 18 with a wild mane of hair and dressed for fun in bright candy pink was busy answering an equally gaudy pink cell phone, but that did not stop her leveling a serious looking pistol at Violet.  The other woman, looked a few years older and dressed more casually also pointed a far from casual shotgun at Violet as she burst in.  Lowering the point of her sword, and lifting a placating hand up she made calming gestures and tried to look less confrontational..... 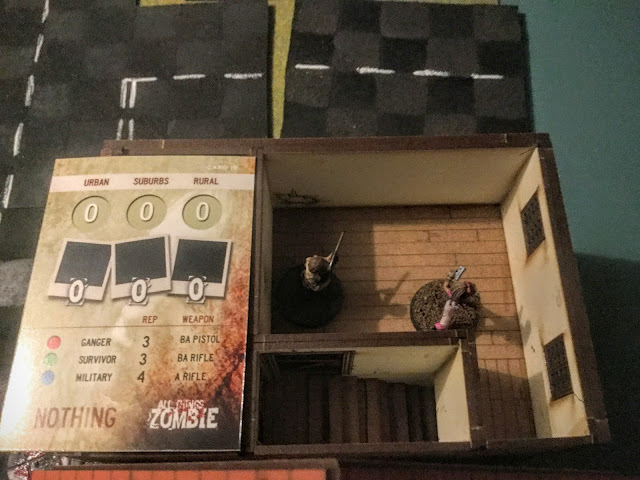 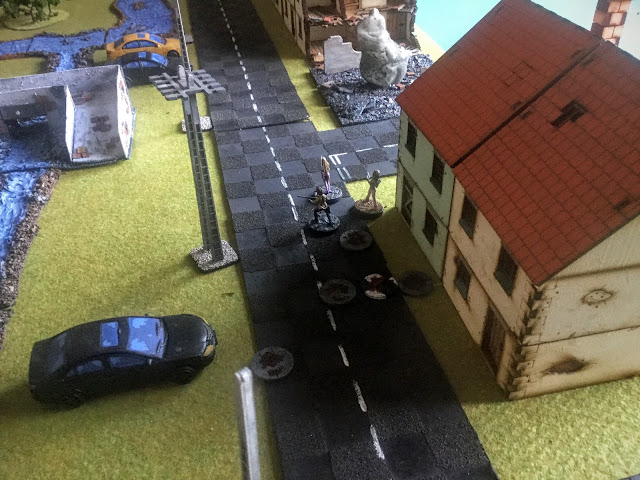 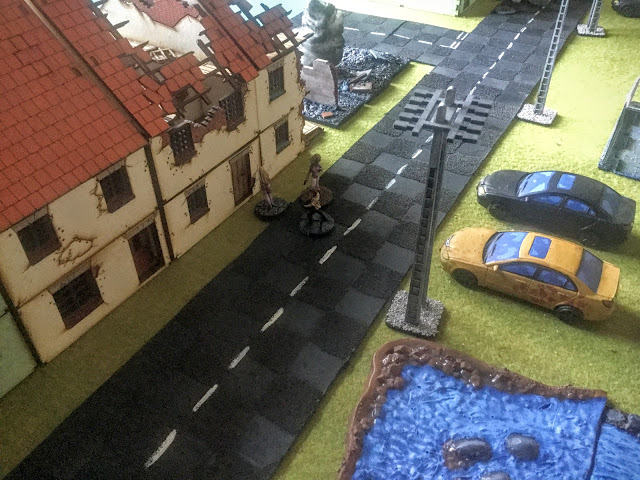 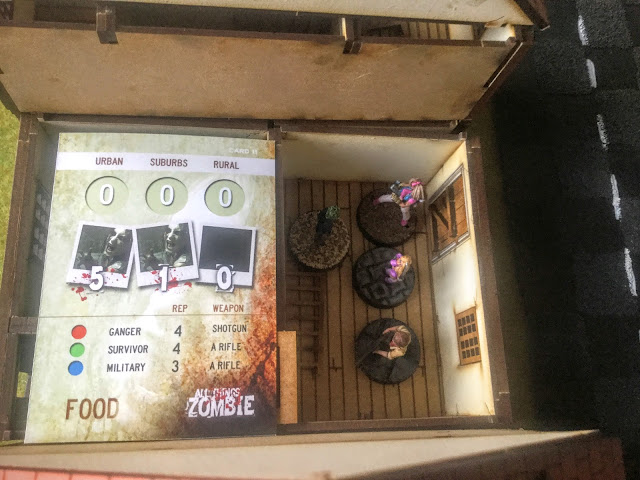 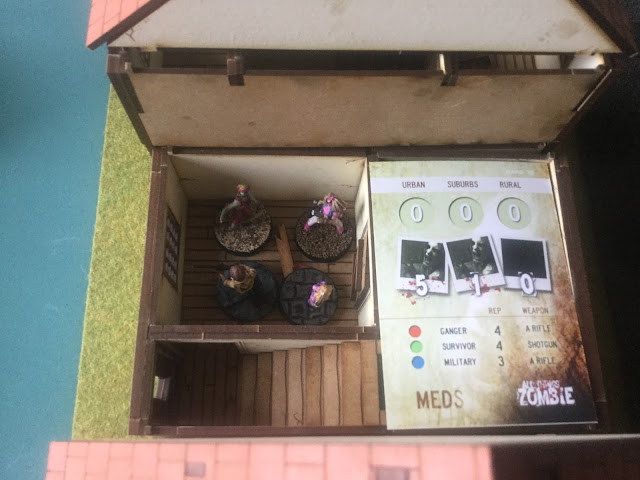 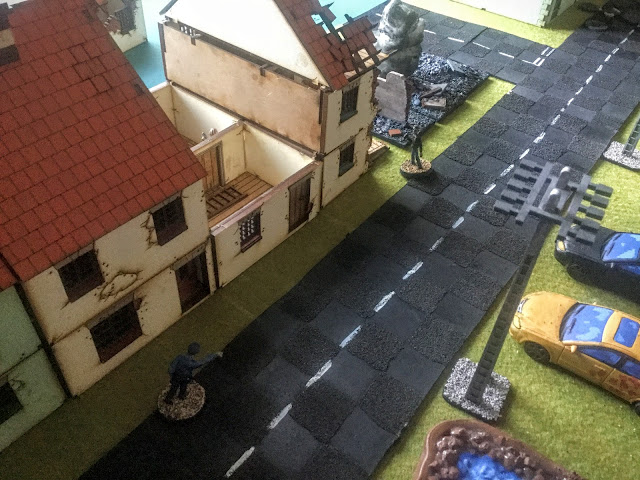 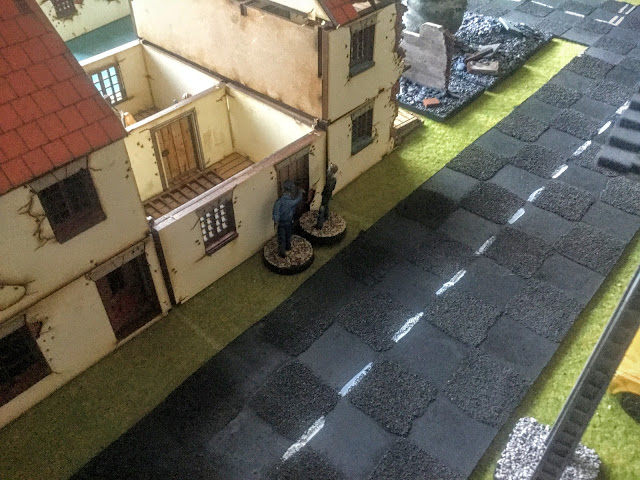 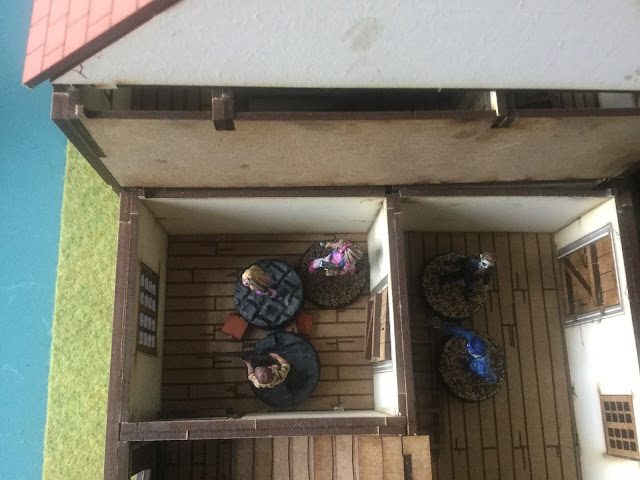 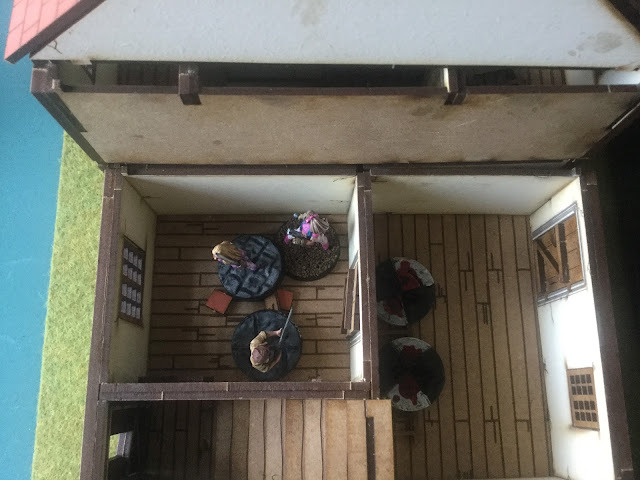 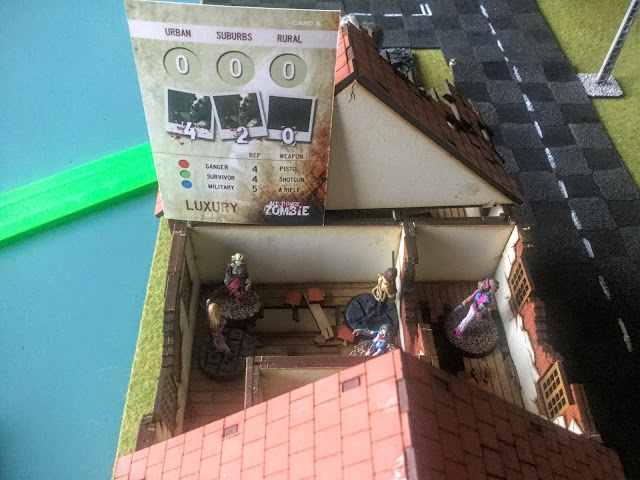 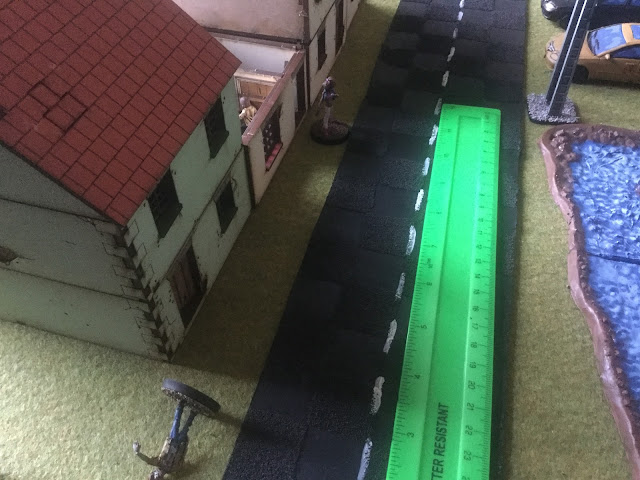 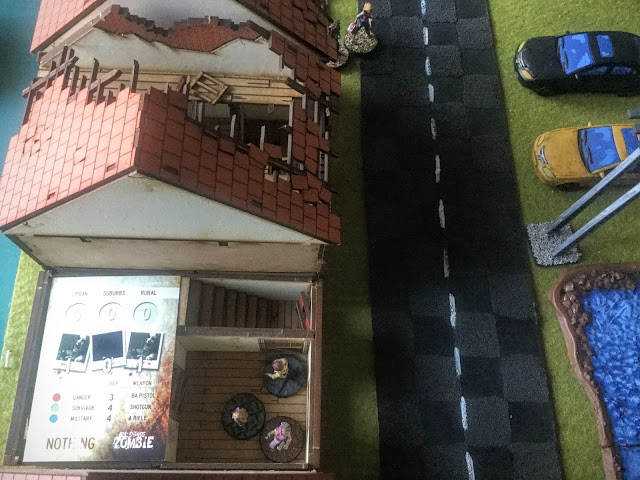 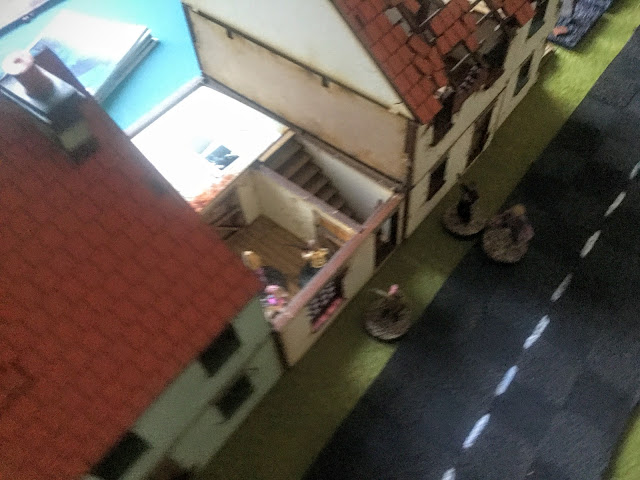 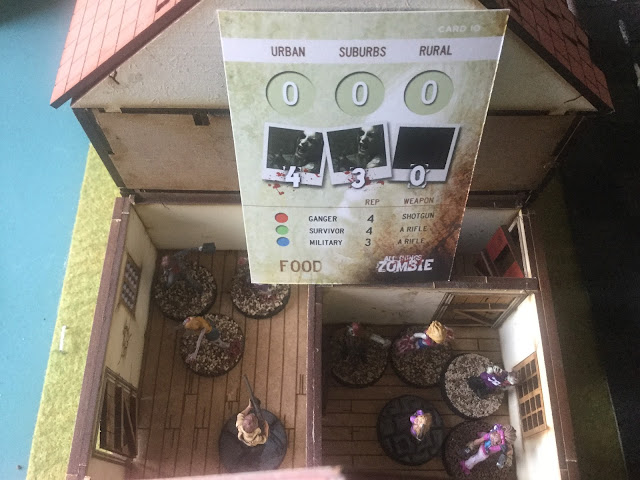 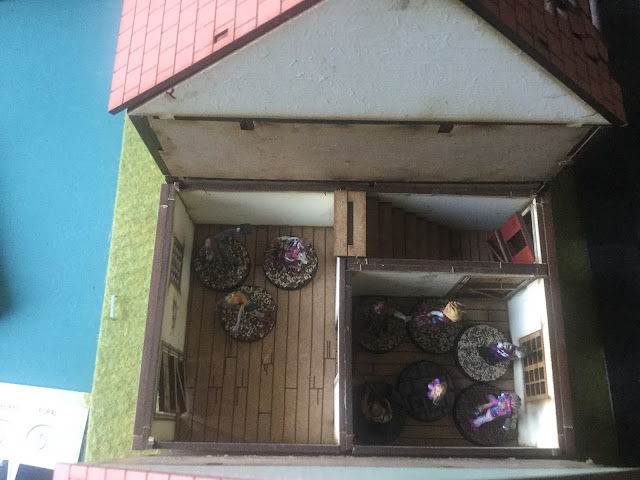 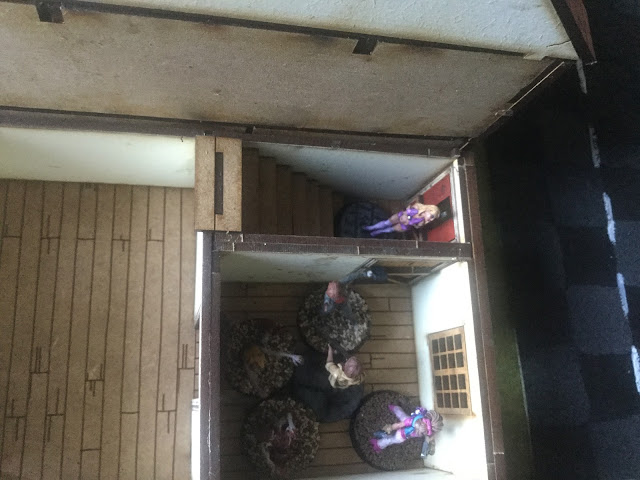 Violet could see the blood running from the bite mark on Kitty's cheek and feared for her new found friend, not knowing how the "zombie" population were being created she could only speculate, but Hollywood was quite adamant that blood was a big factor and she would have to keep an eye on her.  The quieter one, Maggie had shrugged off a lot of the infected attacks with the aid of her shotgun and heavy work-boots, she was clearly worried about her friend and kept throwing concerned glances at Kitty.  With the house cleared and all the supplies they could carry, Violet decided it was time to head on out of here.  Twirling the keys she had "liberated" earlier, she indicated to her new friends the car that would speed them away.  Peeking out the front door and seeing the street clear, she slipped out of the house. 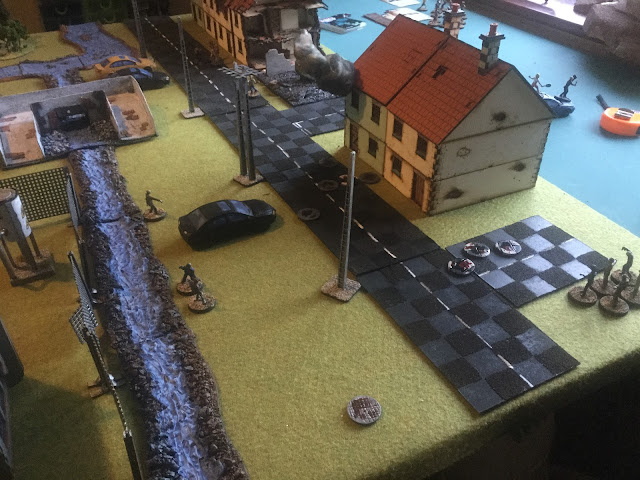 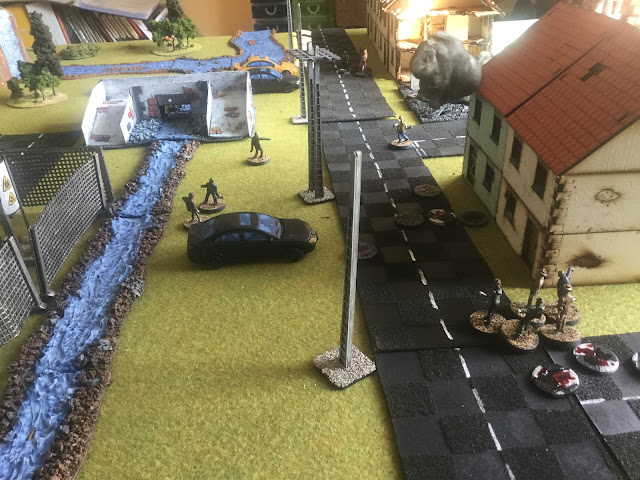 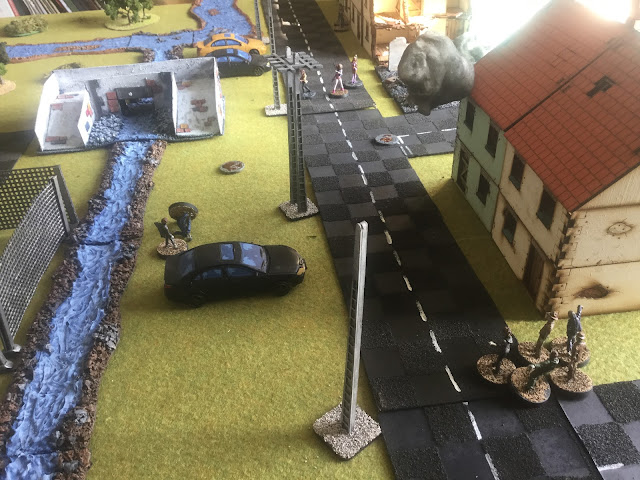 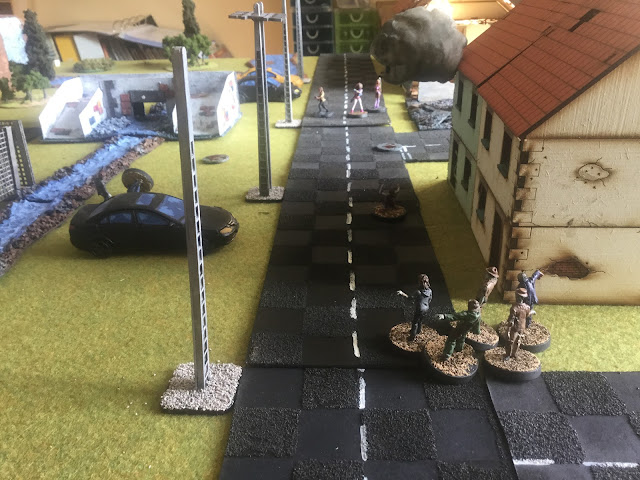 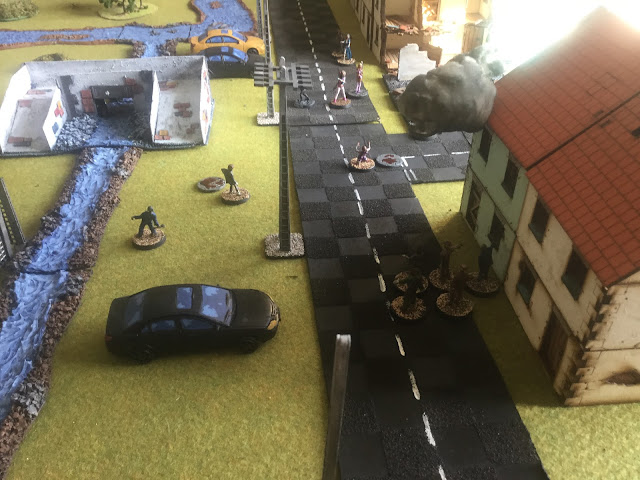 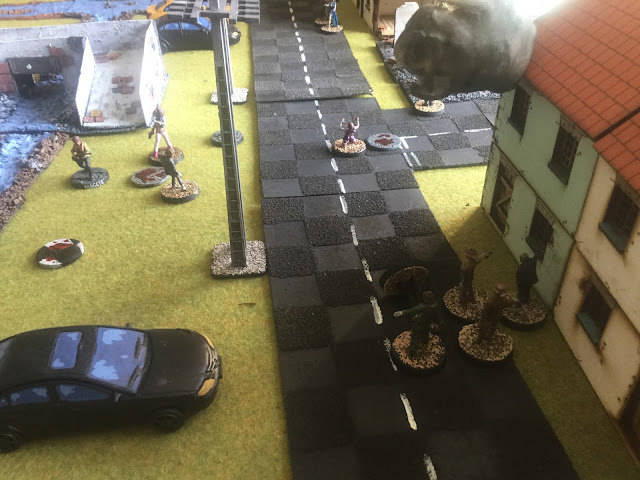 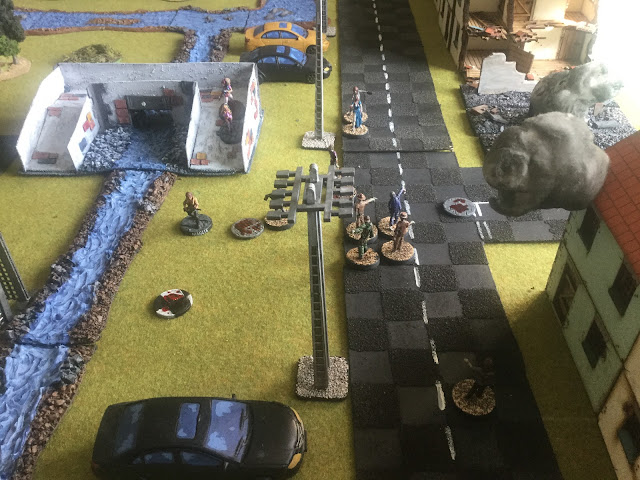 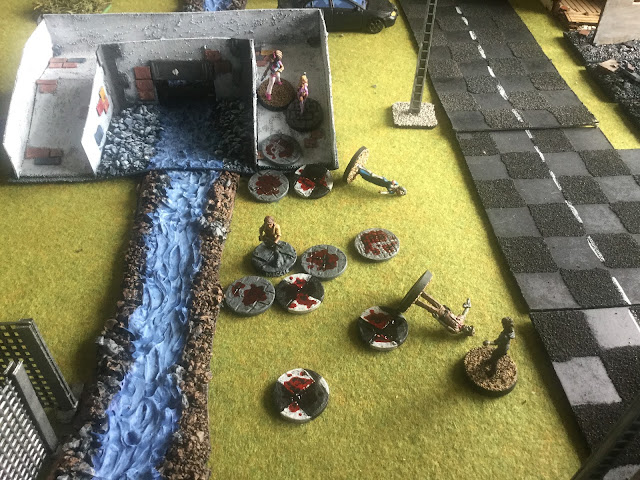 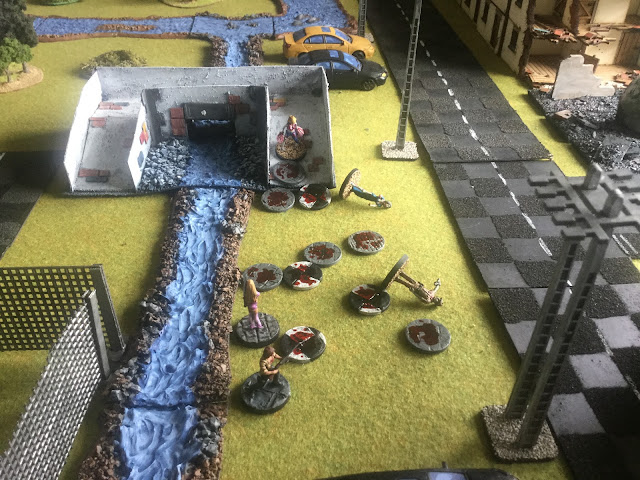 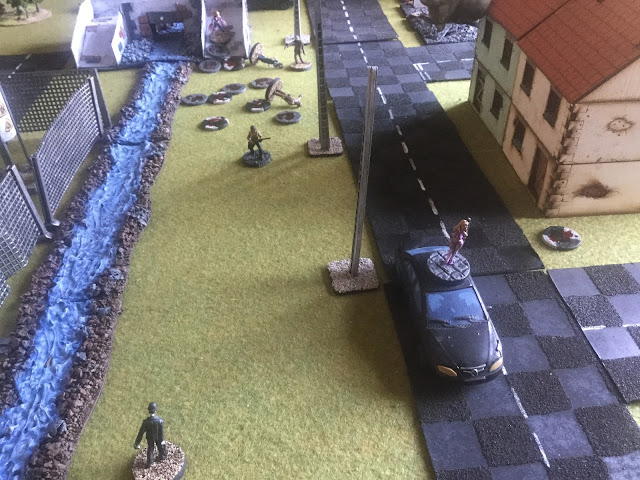 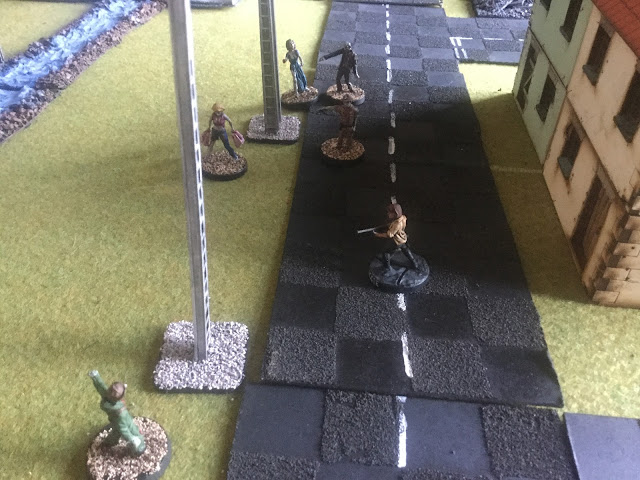 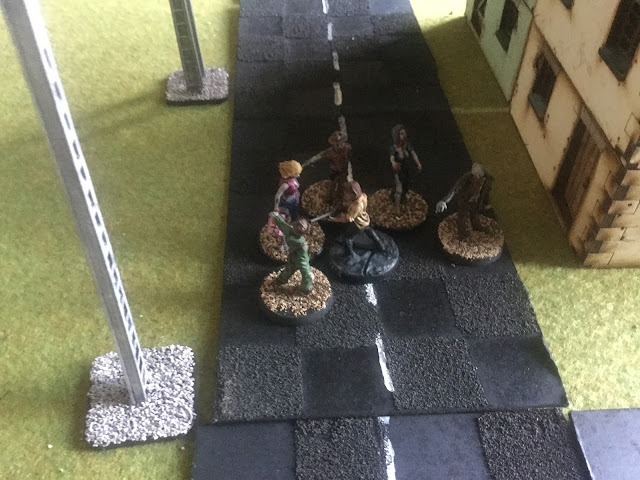 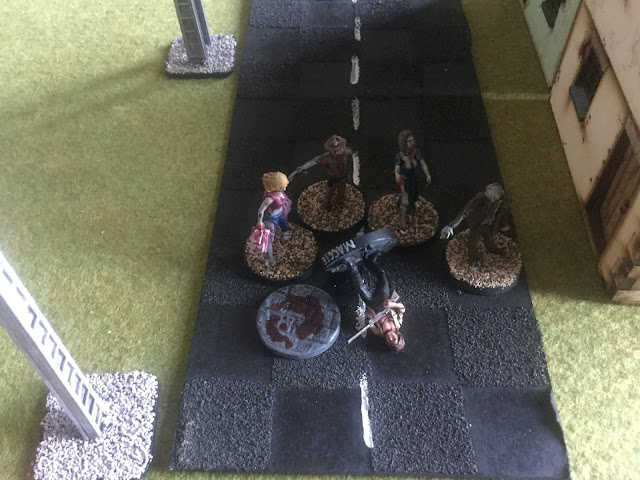 Violet looked in the rear view mirror and watched poor Maggie disappear under a swarm of the infected. She felt incredibly guilty at leaving her newly found associate there, but Violet's practical nature, inherited from her father, over-rode the sentimental side of her personality and she pressed her foot to the floor, coaching more speed from the sedan.

So that was how the contagion was spread, bites and scratches from the "zombies" that somehow changed the victim's physiology allowing them to shrug off mortal wounds, except direct head injuries, it also seemed to increase their appetite, particularly for human flesh.  Poor Kitty had succumbed first and was one of the crowd now snacking down on her former friend Maggie. It was a pity that the girls had fallen as they had been carrying a lot of the supplies......oh yeah and they had provided some company albeit briefly.....