***edit*** in all the excitement, I've published this post before another, rather than recall this one and publish in order, I've just posted both today. My suggestion would be to read "Throw-Throw, Catch-Catch" first and then come back to this one***  https://dagobbosgrotto.blogspot.com/2019/12/throw-throw-catch-catch.html

Skaven, in this edition, have access to Storm Vermin who play in the Blitzer role.  These are my favourite minis in the 2nd ed range and the reason I didn't buy the new GW minis for my fave race.

So we have Surgad Venom (2) litter-kin to Likad Venom, substitute thrower for the GGs. Surgad was taken from the litter as an infant due to his aggressive (for a skaven) behaviour and began his training as a Storm Vermin, the elite warriors of the Clan. It was due to Surged's influence that his smaller kin was taken onto the team and away from the beast pits of the deeper warrens at Hell's Pit.

Neeable Snarl (3) is a massive ratman, bulging muscles ripple beneath his fur, mostly due to his Skalm addiction and this is reflected in a strength increase for him.  This increase combined with his block skill, makes him a very formidable player and I often use him out on his own, splitting the play and my opponents attention. 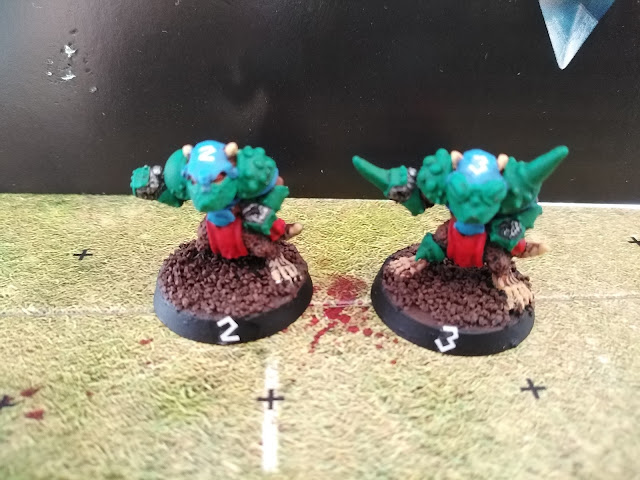 Kratak (4) is a huge Rat Ogre, a mutated beast - created by mad engineers of Clan Moulder at the cost of many warp tokens. Online he was killed in my very first league game, leaving a huge gap in my team. He has survived and performed much better on the TT and restores my faith in taken a "big guy" despite the downsides of skills such as "wild animal" meaning they only perform some of the time.  Kratak is a Warhammer FB mini from some time in the 90's and was part of my massive Skaven horde up until recently when I painted him up to bolster the Gnash-Gnaw ranks. 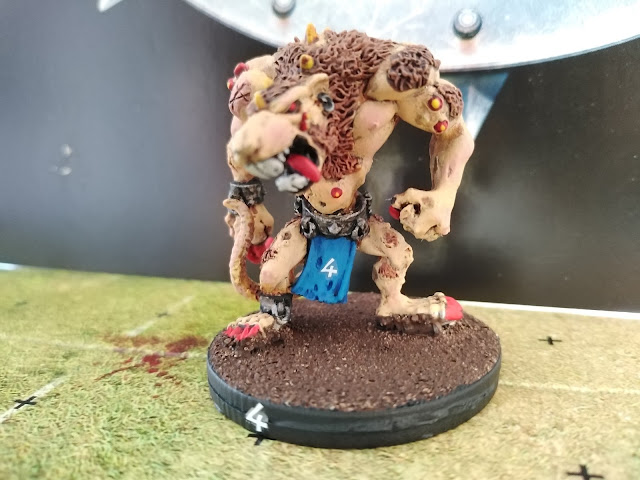 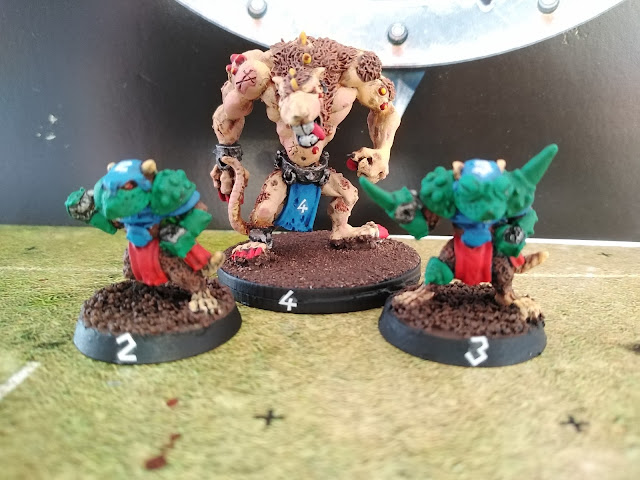 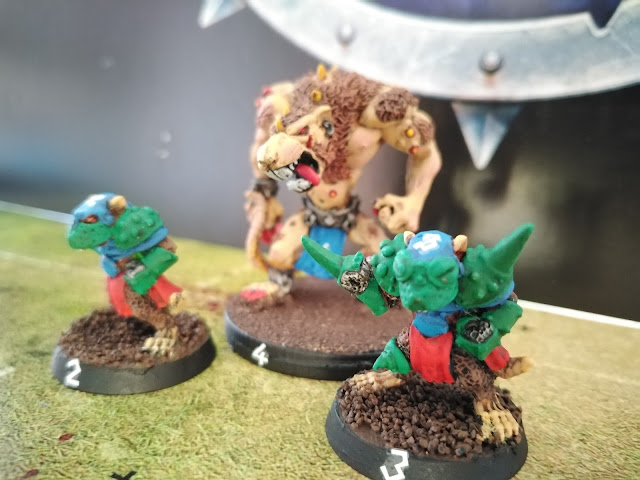 So that's my team guys, with no support staff.  I was going to ask for some coaching minis and cheerleaders (yes there are some around!!) for xmas but ended up buying another BB team which I will show off next week. 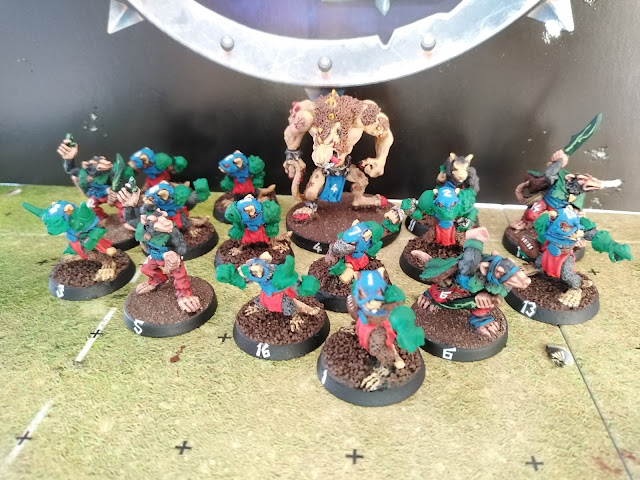 just to finish this post, I've attached a YouTube playthrough of my boardgame "Blood, Sweat & Horses" that I recently recorded with Jay Austin, the founder of Meeples Peoples Circus. Sadly you don't get the multi camera angles that were planned due to technical difficulties, but you do get a top down view of the game board and of course some quality banter between the players. Hopefully this gives you an idea of how the game plays.