My apologies to those bloggers whose posts I normally comment on, I’ve been on holiday and decided to completely come away from most electronics preferring to read for the two weeks...

Last time I posted, a couple of weeks ago, I covered "the good guys" from the tabletop skirmish game - Tail Feathers.  this included three mice flying on the backs of a blue jay and some starlings.


This weeks post covers "the baddies", the low down rats and their sinister allies that oppose the mice and chums.

First of all we have a brown rat riding a crow, now in the game the designers called this a "hook beak  bird".  As i'm not entirely sure what this is - I can't find images on Google, I just went with a crow (mostly because their group name is a "murder of crows") Like the good guys, these chaps have a "named" profile and a more generic profile and can be mixed and matched with the other baddies. 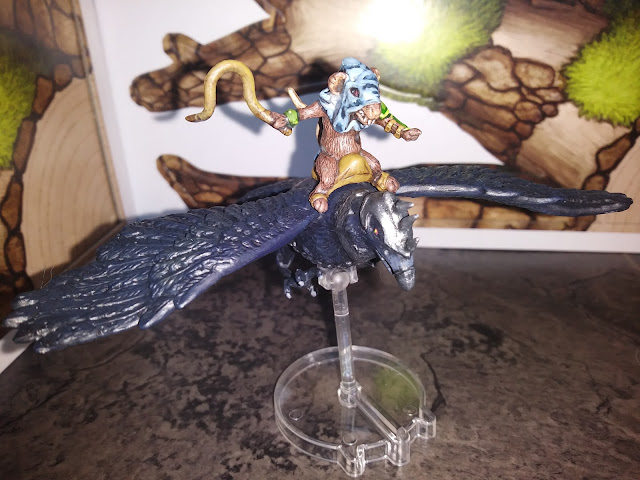 Painting was fairly simple, although I deliberately painted up the rat's clothing in greens and blue/greys because of the plumage colour of the crow. 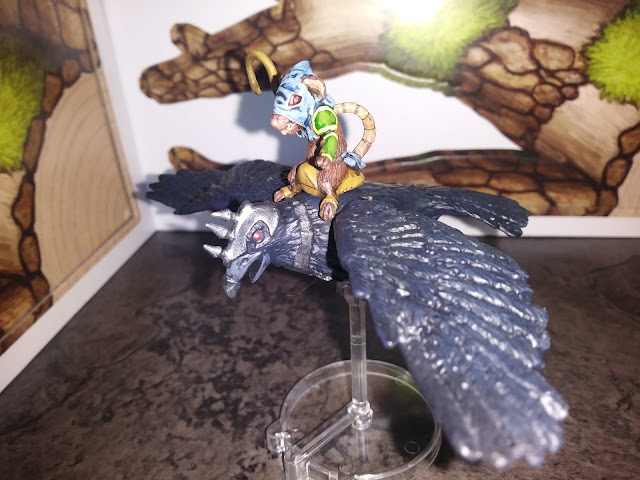 Next is the rook.  The rook is a carrion bird and part of the crow family, unlike the crow it has a lighter coloured beak and legs, so I painted this with yellows to again add colour to what would be a black miniature.  I added some purples to the plumage to break up the unrelieved black of the feathers.

The rat mounted on the back I painted white to draw the eye with bright pink eyes denoting his albinoism.  He appears to armed with a rudimentary pistol but I haven't dug into the game far enough to cover weapons, this will come following a game or two at which point I will review the game. 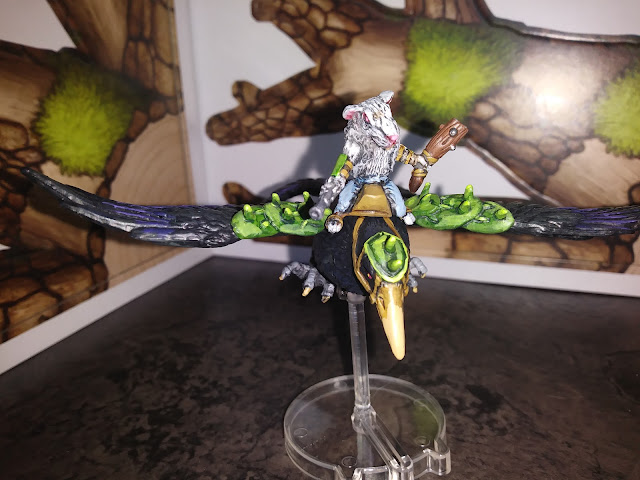 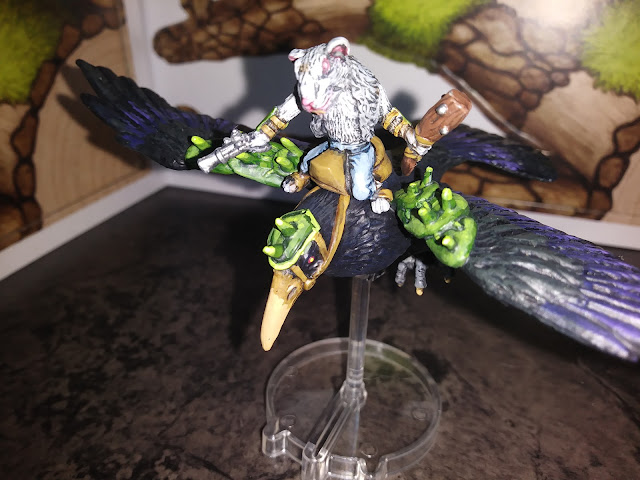 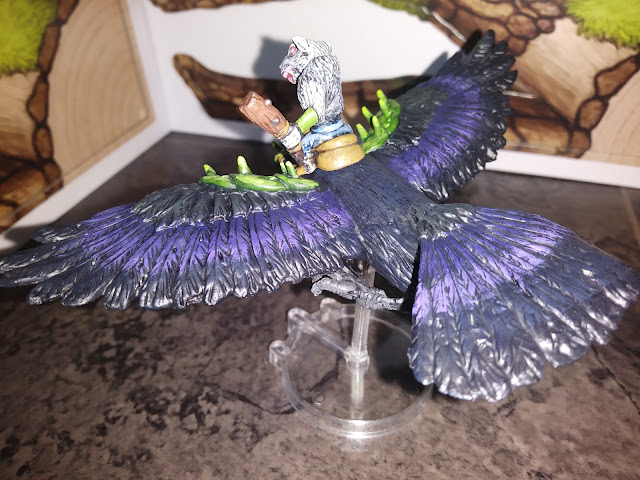 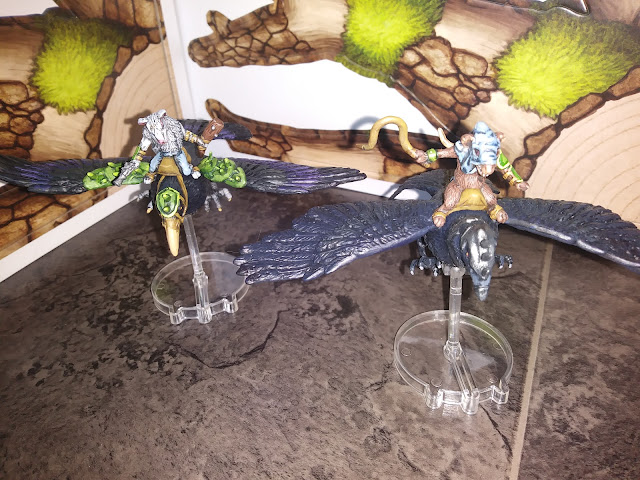 So this is all of the flying pieces of the game. 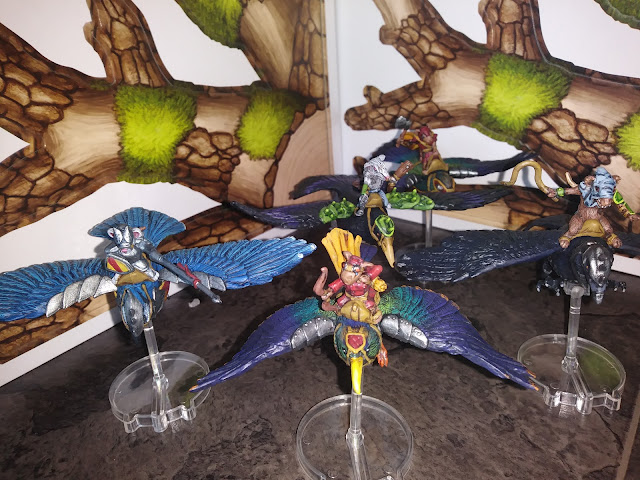 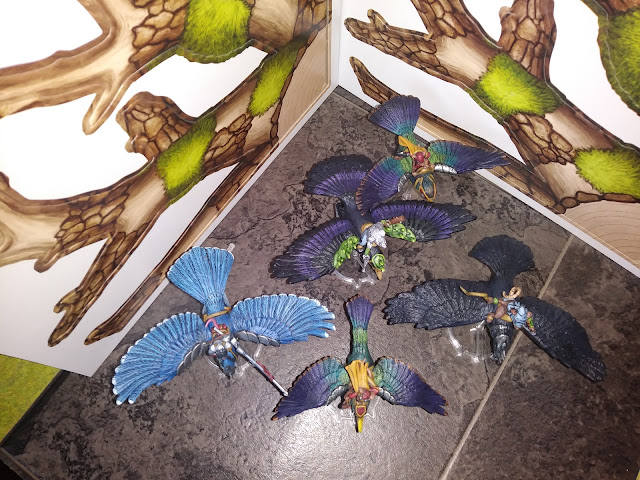 The game also comes with "foot soldiers" and I will be painting those and reviewing the game over the coming months.....I hope....