not in the least Zombtober related I'm afraid, but this post has been sitting in my drafts for about 4 weeks while we adventured with the Kitsune.  As to zombtober, good luck to the guys who are participating this year, after my monumental 100+ zombies painted last year I thought I was kinda zombie out.  I have bought Zombicide Black Plague to get sorted out, but have too many priorities sitting in the way including the subject of this blog post...


I was just looking through my back catalogue to find a post that was related to this one and for the life of me I couldn't find a post about the world of "Mice & Mystics"....  Then I stumbled on one simply called “A bit of filler” and there it was tucked away in a forgotten corner of da Grotto.

Anyway, a while ago I posted some pics of some miniatures I'd painted for a friend from the board game/RPG - Mice & Mystics.  I played the game a bunch of times and it's fun! solo or with a group the game is simple to play yet drags you into the world of Prince Colin and chums, a dark world of swords and spells, where mice battle rats, spiders and centipedes.

I reluctantly handed them back to their owners and moved on....

Months later I find out that they came out with a skirmish game based in the same universe, not only that but it's aerial combat!!  Hell yeah!  Mouse warriors mounted on Blue Jays and Starlings in aerial combat with rats on Rooks and Crows....oh jeez, I've died and gone to heaven.

Villainous rats have allied with vicious hunting birds to pillage the humble mouse settlement across Meanderfield. But look! Brave mice, mounted on starlings and blue jays, swoop in to wage war against this evil alliance! The Downwood Militia soars into action against the Vermin Raiders!

So I've been painting away and I've finished the avian warriors and here they are...

First the good guys and we start with the Blue Jay (with out rider).  Now you can field the mounted warriors as either named characters or just standard and I'll go through these later on, when I've got a game in.  The unique flight stands that the birds are mounted on allow you to tilt the models on a ball and socket joint.  This is important to the game as it indicates taking off or banking, it also makes the models a little delicate and I'm waiting for a replacement stand due to a crack in the joint from transport. 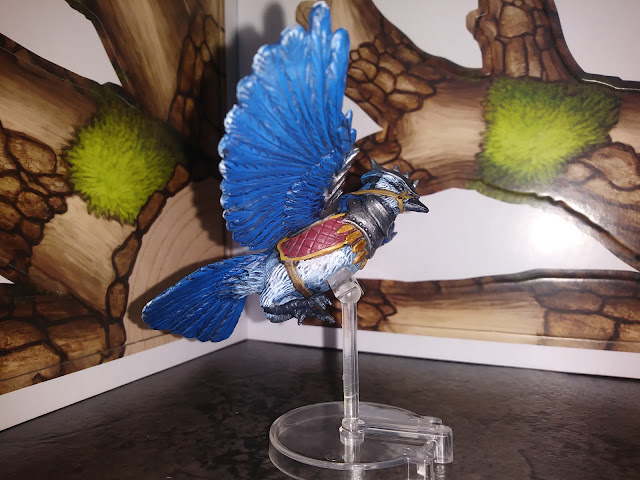 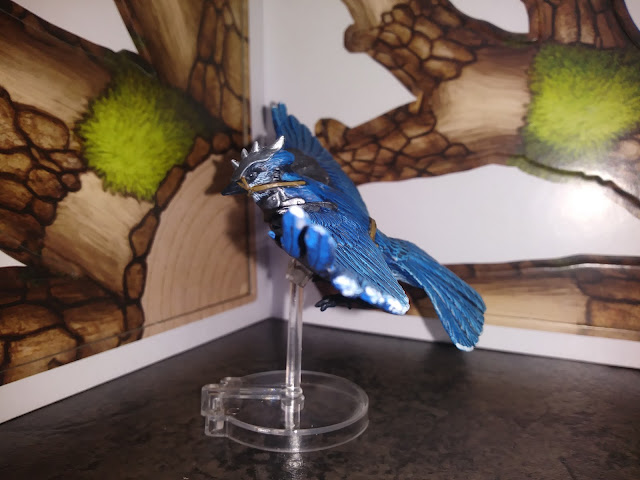 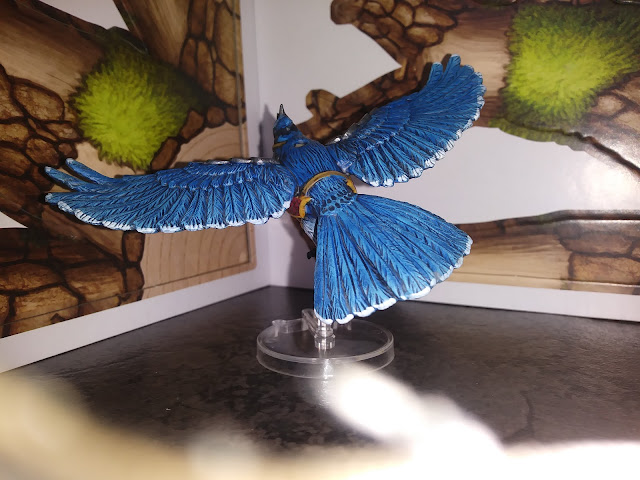 Next we add his mouse rider, this one is my fave. Painted up as a white mouse (yes I know you don't find them in the wild!). 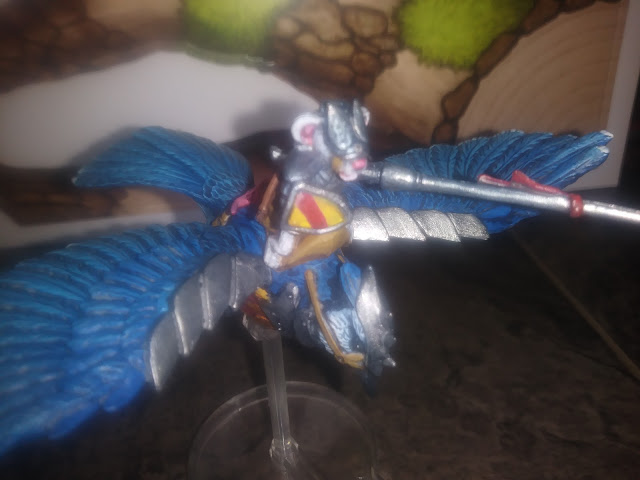 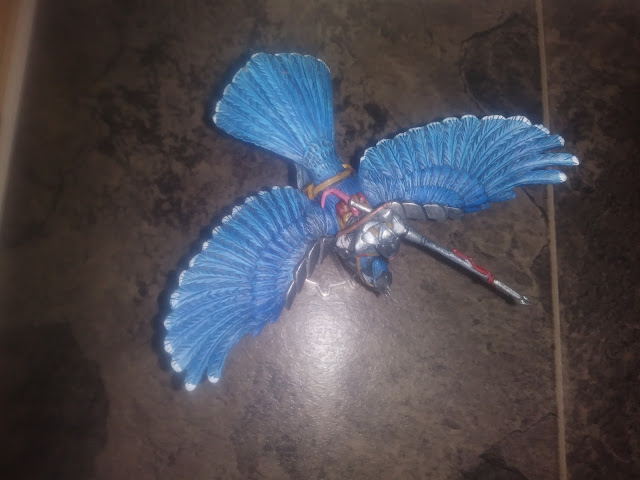 Next is a starling, I really enjoyed doing the plumage for this one. 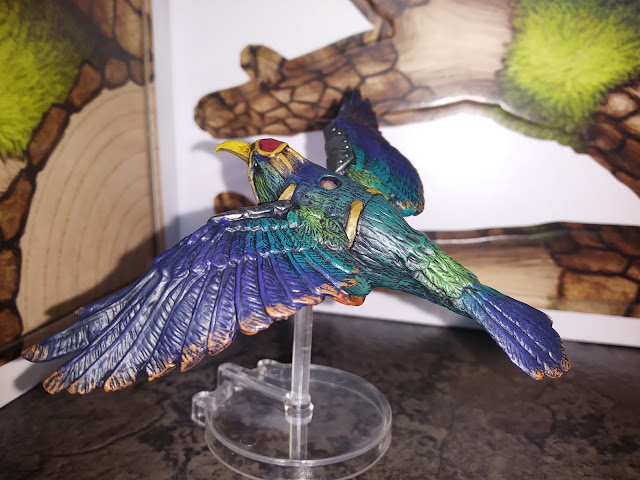 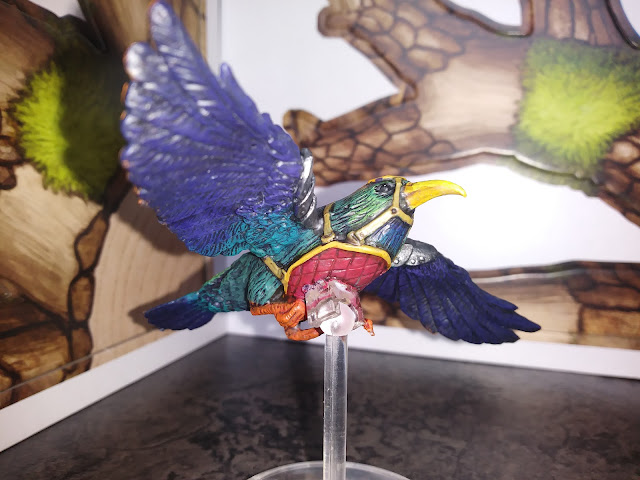 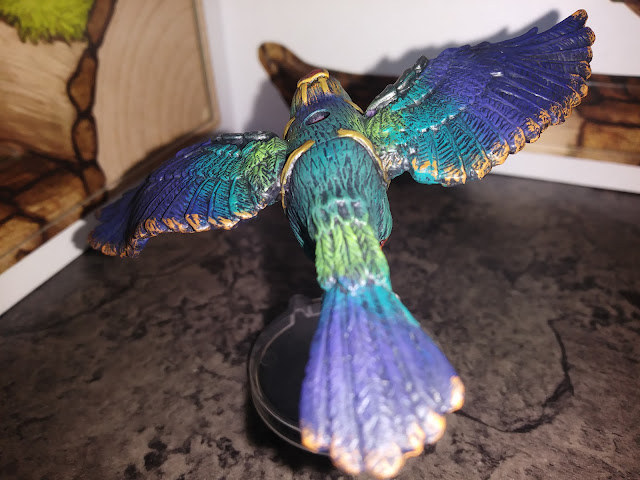 and with his mouse warrior... 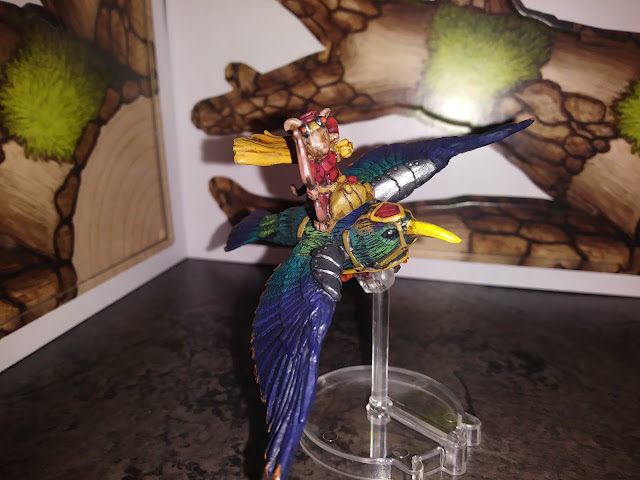 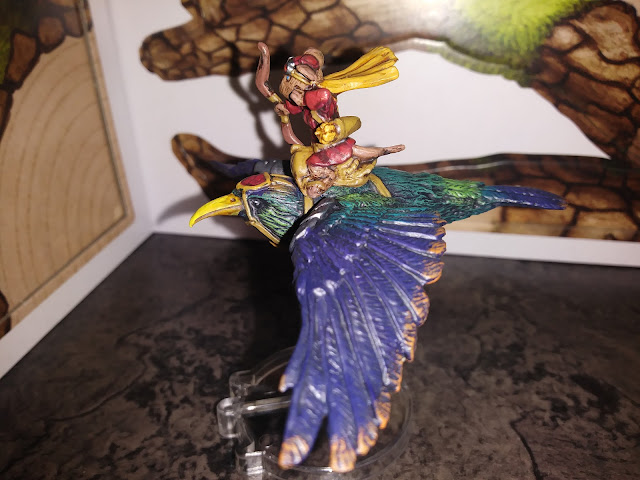 and finally for the "goodies" another starling.  This one has the busted flight stand so is very static, until Asmodee UK can get me a replacement. **Edit** Asmodee UK have sent me an entire replacement bird, not just the stand! I'm very happy with that :-) 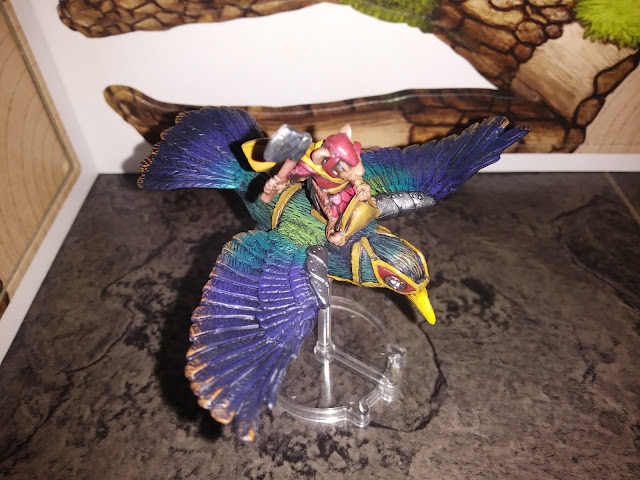 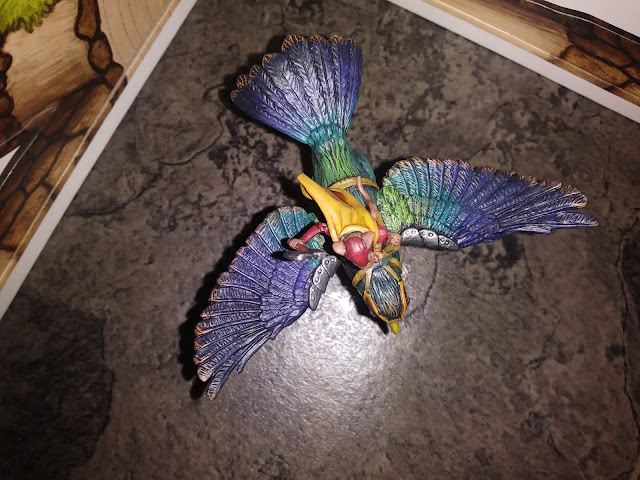 and here is the final flight... 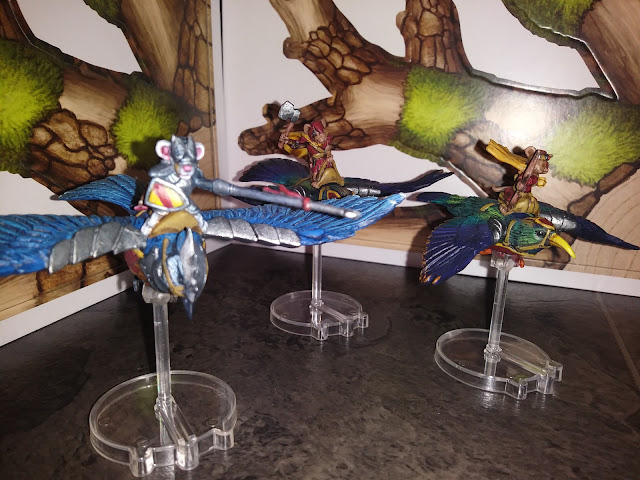 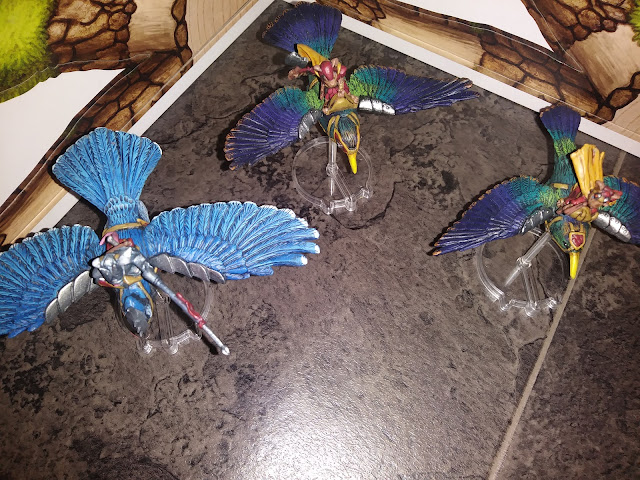 Next time I'll showcase the bad guys but this won't be for a couple of weeks as I'm off to sun my self in the Canaries.

hope you enjoy (I certainly will be next week....)
dGG